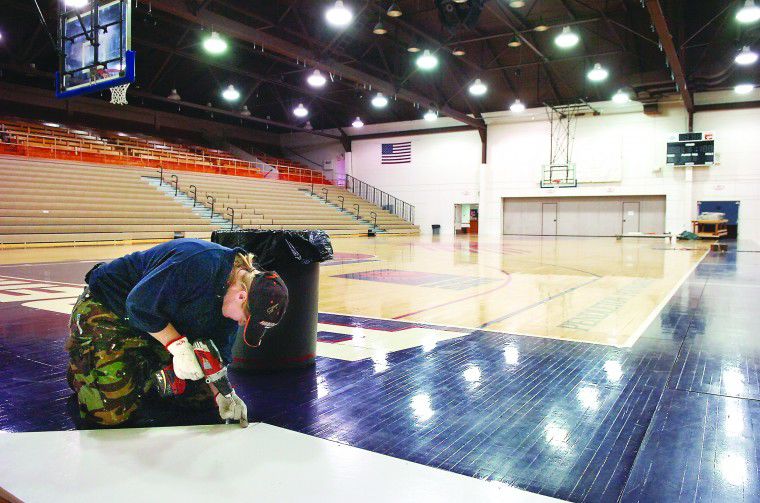 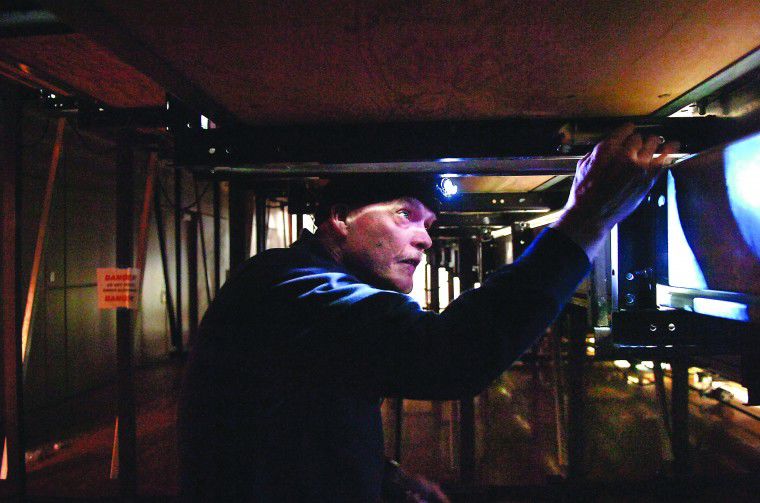 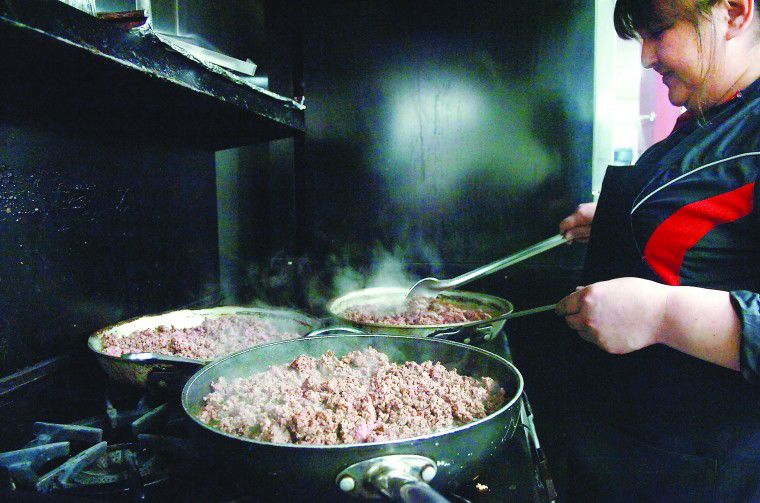 Debbie Carter with Out West Catering cooks hamburger for chili while prepaing for the OSAA state 2A basketball tournament Tuesday in Pendleton.

Debbie Carter with Out West Catering cooks hamburger for chili while prepaing for the OSAA state 2A basketball tournament Tuesday in Pendleton.

In the background of crowd cheers and players sneakers, theres another sound in the Oregon Class 2A high school basketball tournament: ka-ching.

Business and community leaders in Pendleton consider the four-day contest second only to the annual Round-Up in boosting the local economy.

Sixteen teams (eight boys and eight girls) from small schools all across Oregon come to the Round-Up City to vie for a title. Teams usually have 10-14 players and a couple of coaches. And lots of family and friends and basketball fans. Last years attendance for the four days at the Pendleton Convention Center exceeded 13,000.

Oregon School Activities Association is in charge of the championship and receives all money from ticket sales. The nonprofit organization coordinates interscholastic sports and activities for Oregon high schools and sets the ticket prices for the 2A championship. Local organizations, though, handle many of the day-to-day duties to operate the tournament. Those organizations also get some profit from the event.

The Pendleton Chamber of Commerce handles all the administrative duties, including taking tickets. And often a local charity collects fees for parking in the convention centers large lot.

Trenda Nichols is the chamber volunteer in charge of counting tickets and cash. Attendance at last years tournament was 13,033 for the four days. That rang up to $47,426 in ticket sales. Those numbers were down from 2009, she said.

Nichols also made this observation: Usually the year when the boys start on Wednesday, the revenue is higher.

This is one of those years, with boys games beginning today at 1:30 p.m.

Leslie Carnes, the chambers executive director, said the OSAA uses the reveune to cover the costs of game officials, security and other expenses.

OSAA also will pay the chamber, but Carnes said neither nonprofit will reveal how much. Carnes said the chamber contributes that money to groups such as VFW and Altrusa.

Outwest Catering provides food at the convention center. Owner Patti Fairbank said she hasnt done the books on just how much her business makes during these days in March, but she knew how much food Outwest went through for last years championship: 100 pound of popcorn kernels, 80 pounds of hot dogs and 27 boxes of candy bars.

While local teams could help drive up ticket sales, they usually are close enough to stay home. That likely will mean hotels wont reach occupancy this year.

Downtown business also try to get some of the greenbacks that flow in from the tournament. Business will decorate store fronts with school colors, Carnes said,  and provide teams and coaches with coupons and bags of goodies to entice them.

They really work to make sure the teams know they are the show, Carnes said.