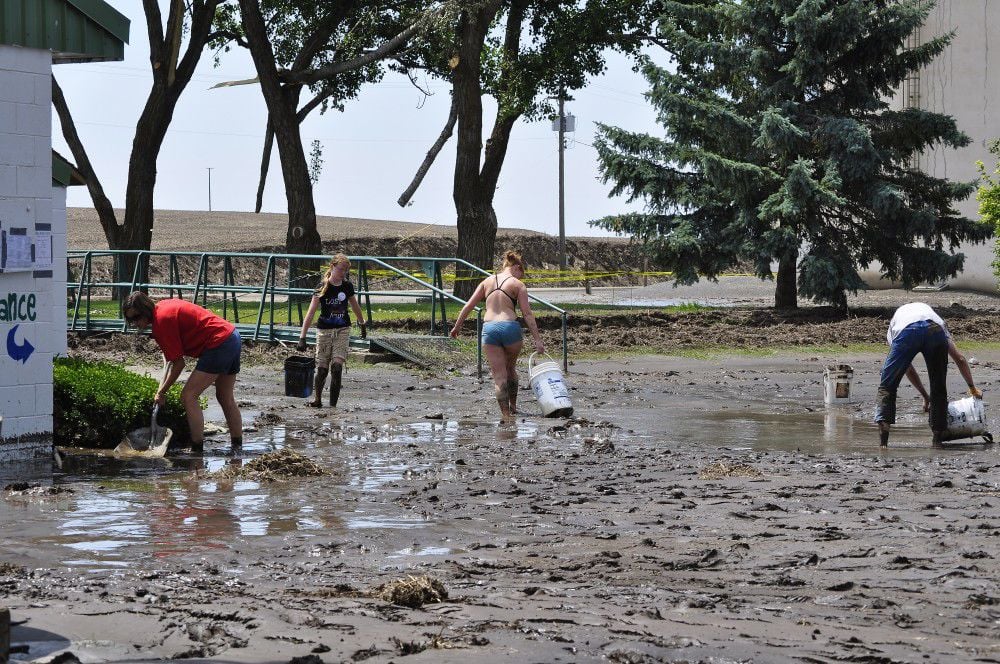 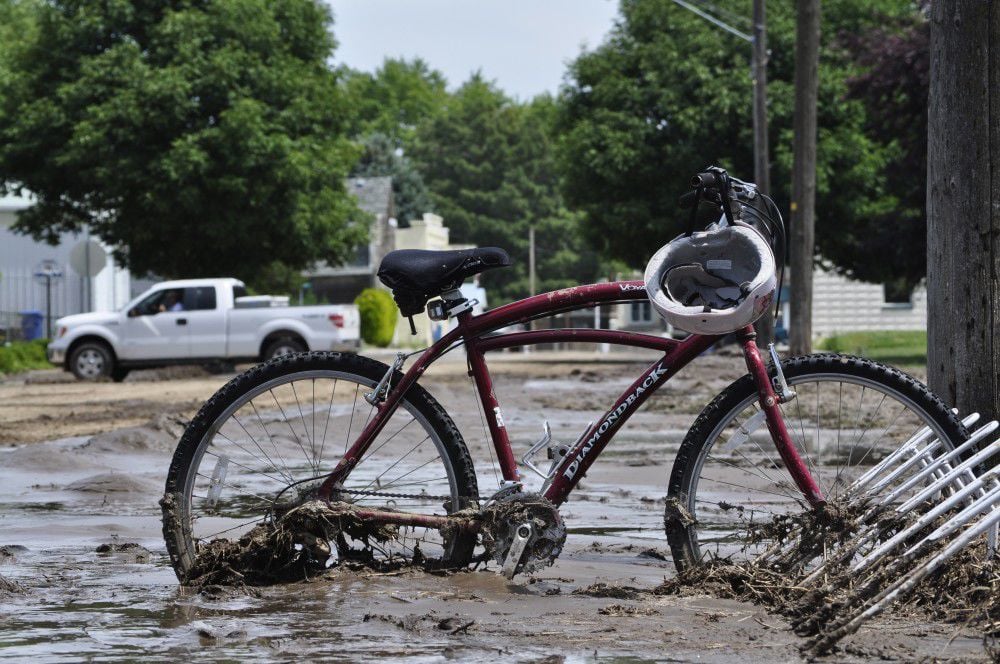 <p></p><p>A late night thunderstorm caused more than a foot of mud in parts of Helix, including this parked bicycle.</p> 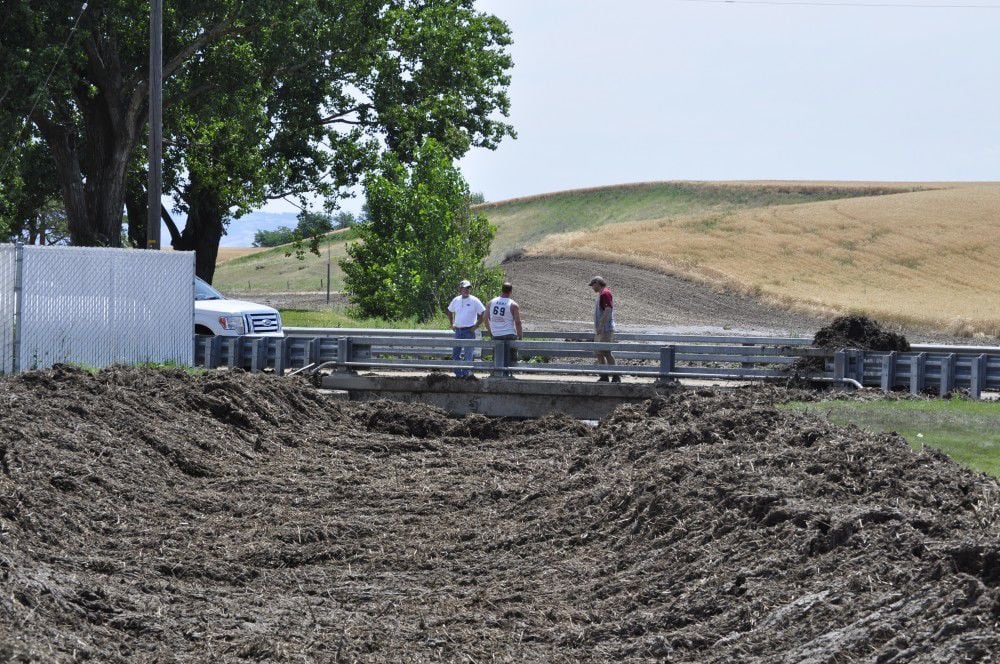 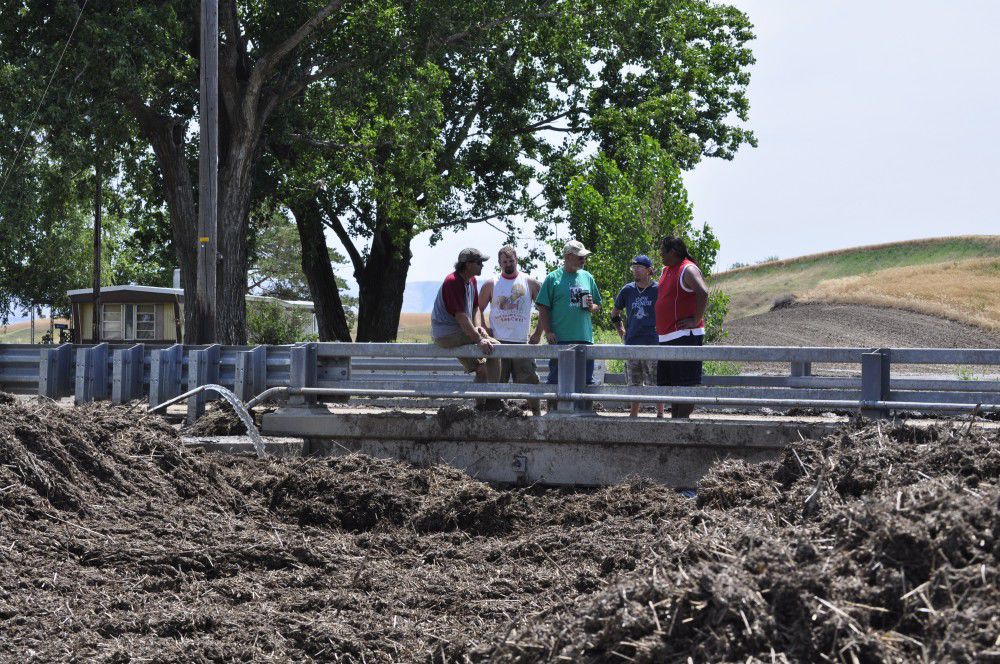 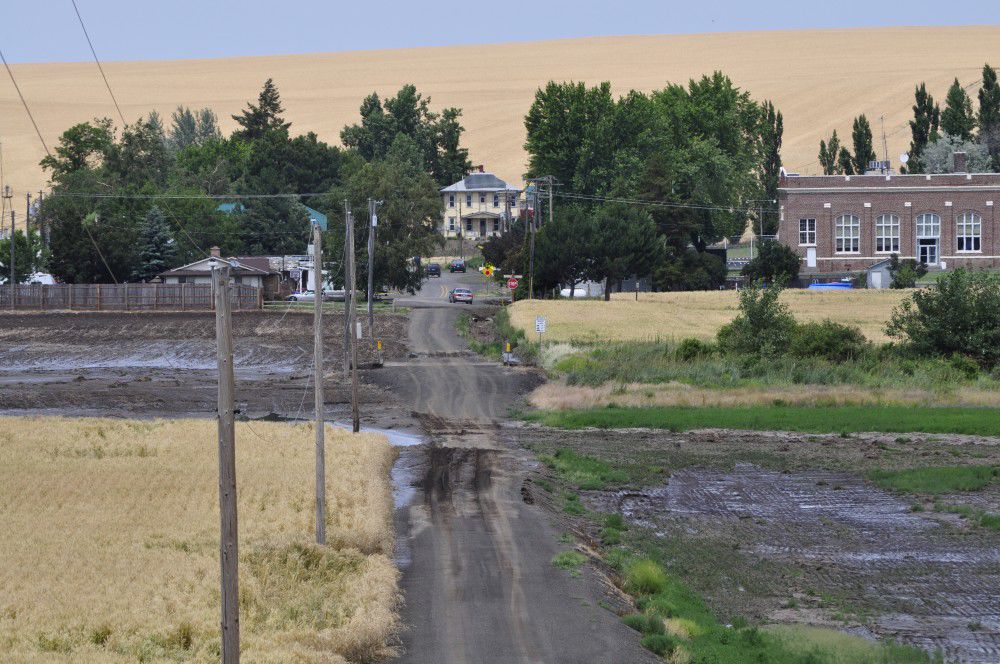 <p></p><p>A drainage ditch flows out of town into Greasewood Creek, but regional rules prevent residents from clearing out trees and plants along the ditch.</p> 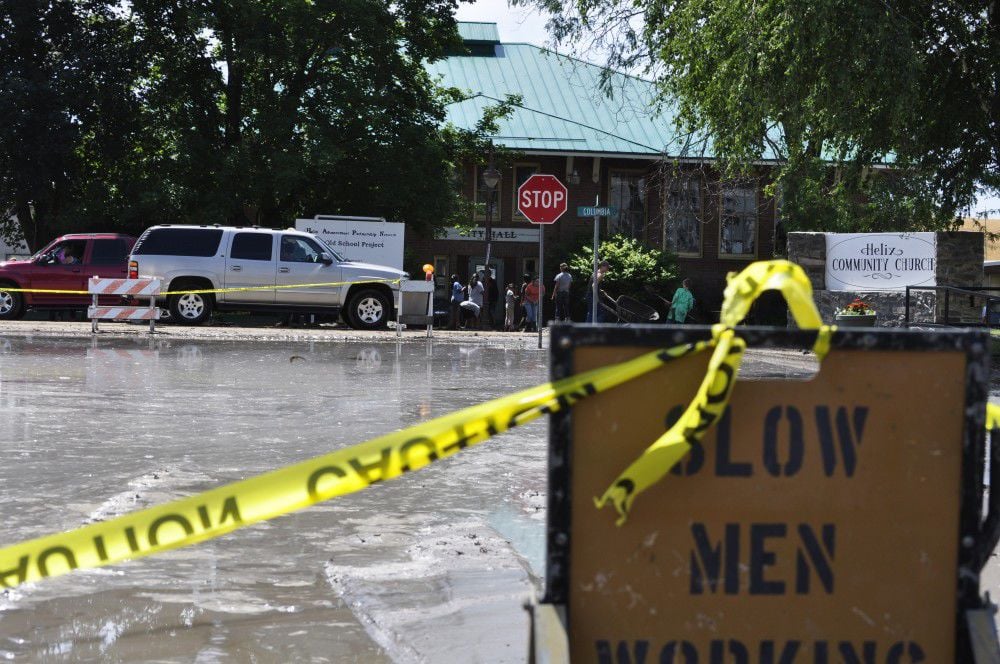 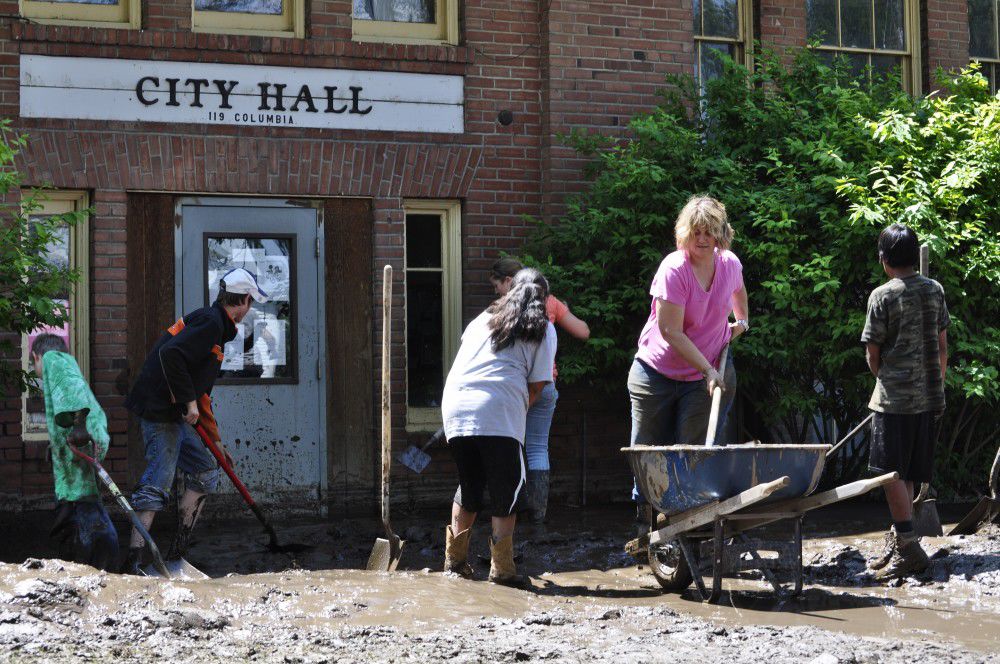 <p>Members of the Helix Community Church youth group and other volunteers worked Monday to clear away mud from in front of the Helix City Hall.</p>

<p></p><p>A late night thunderstorm caused more than a foot of mud in parts of Helix, including this parked bicycle.</p>

<p></p><p>A drainage ditch flows out of town into Greasewood Creek, but regional rules prevent residents from clearing out trees and plants along the ditch.</p>

<p>Members of the Helix Community Church youth group and other volunteers worked Monday to clear away mud from in front of the Helix City Hall.</p>

Heavy storms and lightning pounded Helix Sunday night, burying parts of the town under more than a foot of mud and water.

The storms, which local residents reported started sometime around 11:30 p.m., dumped an estimated half-inch to one inch of rain on the town.

It was two big storms that formed south of Pendleton and tracked straight north, Rachel Trimarco, a forecaster for the National Weather Service said.

Hardest hit was the intersection of Columbia Street and Harrison Road, blocking access through Harrison from the Helix Community Church.

It was up to about 8-10 inches in places, Helix Mayor Jack Bascomb said from the seat of the backhoe he was using to help clean up mud. Nobody was harmed and no residences were damaged.

The city hall basement was flooded, as well, when water broke a door to the basement off its hinges and pushed a few of the windows away from their frames.

The flooding started when a drainage ditch running through town began to flood.

Members of the community and the town government worked side by side in the night trying to prevent mud and water from further flooding the roads.

We got a call in the middle of the night that the basement was getting flooded at the city hall, so we came out and this whole thing was raging, Mac McCallum, pastor of the Helix Community Church, said.

Bascomb said that regulations prevent the town from clearing plants and brush out of their ditches in order to prevent silt from flowing into the Columbia River and thereby protect salmon. Efforts Monday to reach authorities at the state of Oregon, Umatilla County and Combined Tribes of the Umatilla Indian Reservation for information on regulations governing the waterway in Helix were unsuccessful.

I dont want to kill salmon, but I dont like being flooded either, Bascomb said. My personal opinion is that if the ditches were allowed to run, this wouldnt have happened.

Harry Schuenint, a former mayor and life-long Helix resident, said he worked 10 years ago against regulations that forbid clearing the drainage ditch.

The environmentalists dont want that cleaned out on account of these fish, but thats what created the problem, he said. This is the worst Ive ever seen.

The city park and pool, located adjacent to the flooding ditch, were covered by more than a foot of mud.

The blessing is that it didnt get in the pool, said pool and park manager Sue Holden.

Helix High sophomore Brittany Iles originally planned to take the day off from work at the community pool.

I actually was [asleep] because it is my day off, she said as she shoveled mud away from the edge of the pool.

Holden emphasized that the summer park and pool program is still happening.

Were going to try and regroup and go to the school, she said.