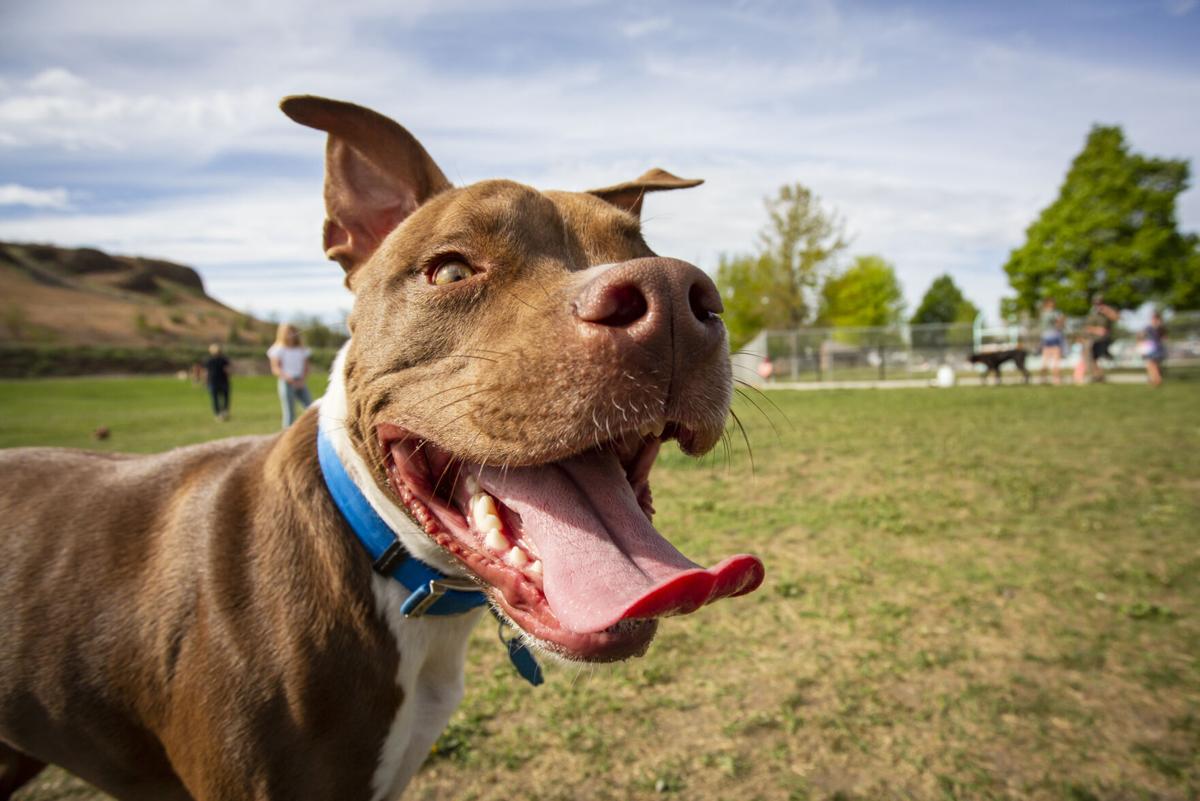 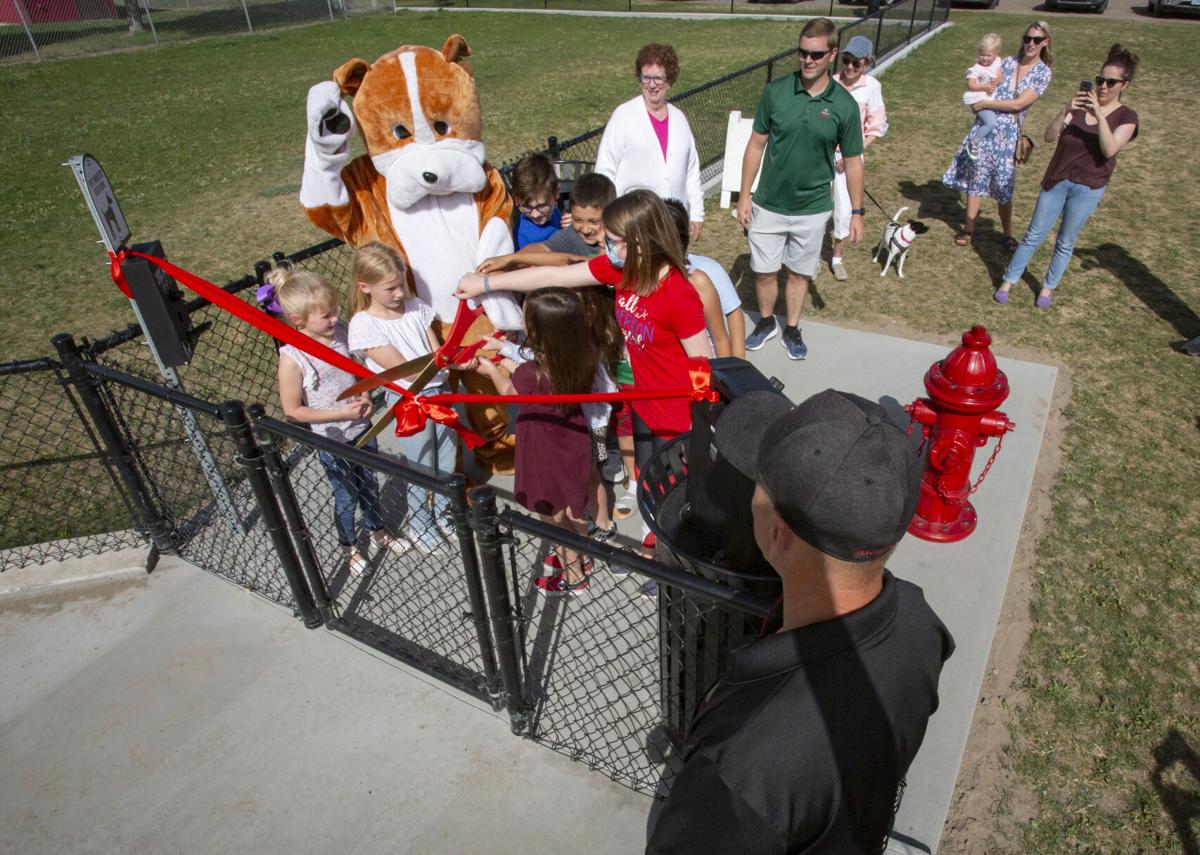 A group of children helps cut the ribbon for the "grand unleashing" of the the Hermiston Bark Park on Friday, April 30, 2021. 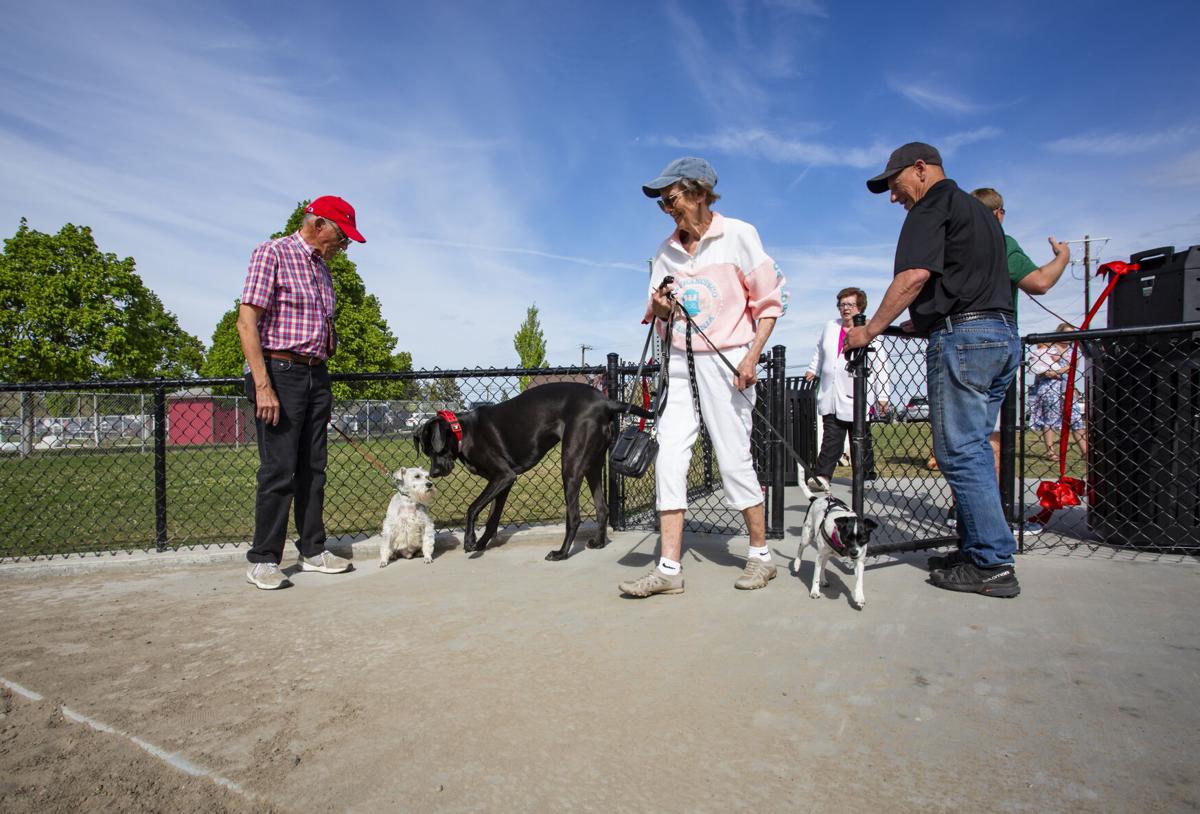 Dogs, and their owners, arrive at the Hermiston Bark Park for its "grand unleashing" on Friday, April 30, 2021. 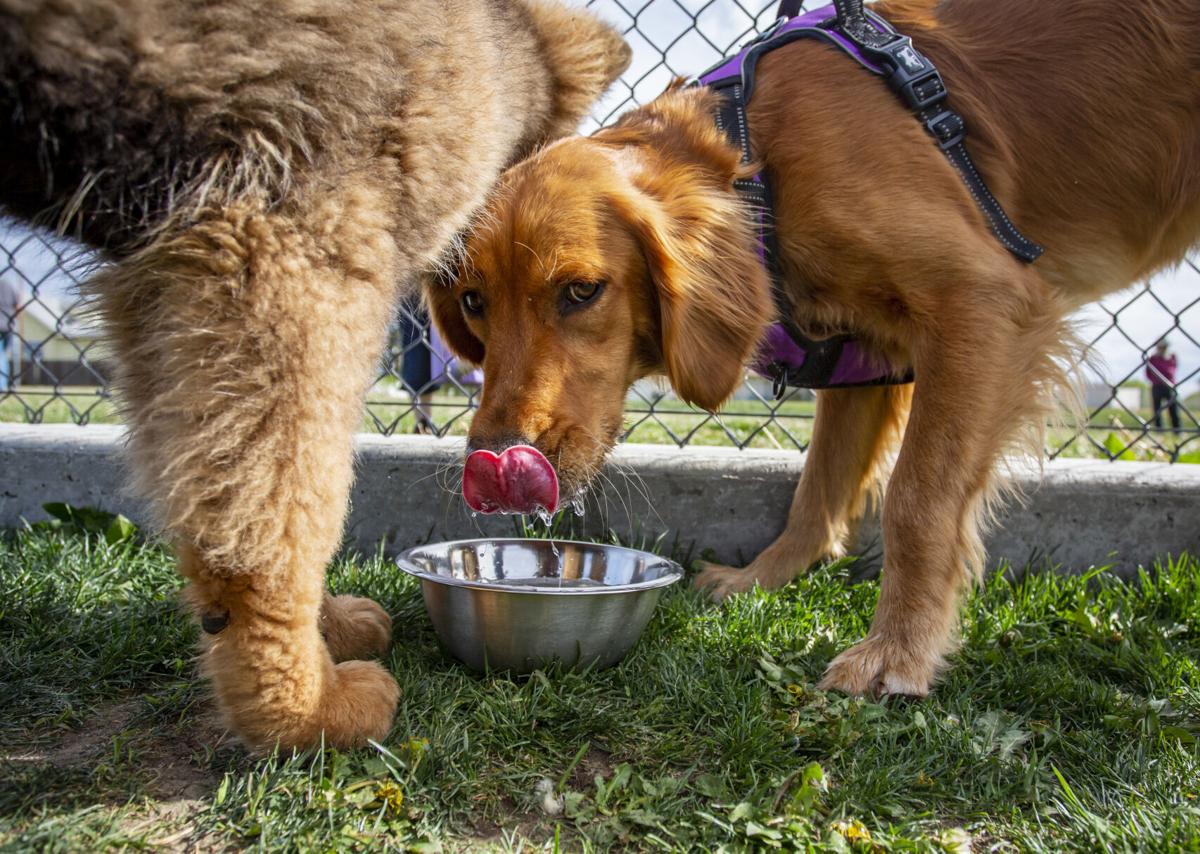 Malibu, a golden retriever, looks up from a dog bowl while exploring the Hermiston Bark Park during its "grand unleashing" on Friday, April 30, 2021.

A group of children helps cut the ribbon for the "grand unleashing" of the the Hermiston Bark Park on Friday, April 30, 2021.

Dogs, and their owners, arrive at the Hermiston Bark Park for its "grand unleashing" on Friday, April 30, 2021.

Malibu, a golden retriever, looks up from a dog bowl while exploring the Hermiston Bark Park during its "grand unleashing" on Friday, April 30, 2021.

HERMISTON — June Rosenberg has made a lot of friends the past few weeks at the Hermiston Bark Park. Some of them have two legs, but most of them have four.

“Amanda and I have been meeting all of these dogs, and we know all these dogs’ names but not the names of the people,” she said.

Amanda Woodlee is one of the human friends Rosenberg has made since she began bringing Delilah Rose, her white Labradoodle, to the new dog park. While the park had its “grand unleashing” on Friday, April 30, some members of the public have been using it for a few weeks already after the fence went up.

Rosenberg said the large, fenced area at Butte Park, where dogs can run off leash, is a great way to socialize dogs and their owners. She said Delilah Rose loves it when other dogs are available to run around with.

Woodlee brought Bowser, her family’s stocky brown and white rescue dog, to the grand opening, and watched him play with the other dogs as they frolicked through the grass, running and rolling around and sniffing each other.

“It gets the energy out,” she said.

The Hermiston Bark Park spans about 37,000 square feet at Butte Park, next to the splash park area. A large, fenced-off area is designated for large dogs, while a smaller area is for small dogs.

Hermiston Parks and Recreation staff have made some improvements to the park other than the fence, including a concrete entry area and a stand that holds clean-up bags for waste. But Director Larry Fetter said some improvements are still on back order, including additional signs, benches and trash cans.

The department also plans to add a kiosk by the front gate, where people will be able to hang lost dog posters and other announcements.

“It’s anything related — dog training, dog sitting. I don’t know if we have dog walkers in town,” Fetter said.

Shortly before the ribbon was cut at the park, Fetter said a dog park was something he had been hoping to bring to Hermiston for years.

“This project has been in the works for about 10 years,” he said. “We looked at a lot of locations and I think we got a winner here.”

The event included a demonstration by Paws Off Obedience, which handles the dog obedience trainings sponsored by the parks department each year, and bags of treats for dogs and humans alike.