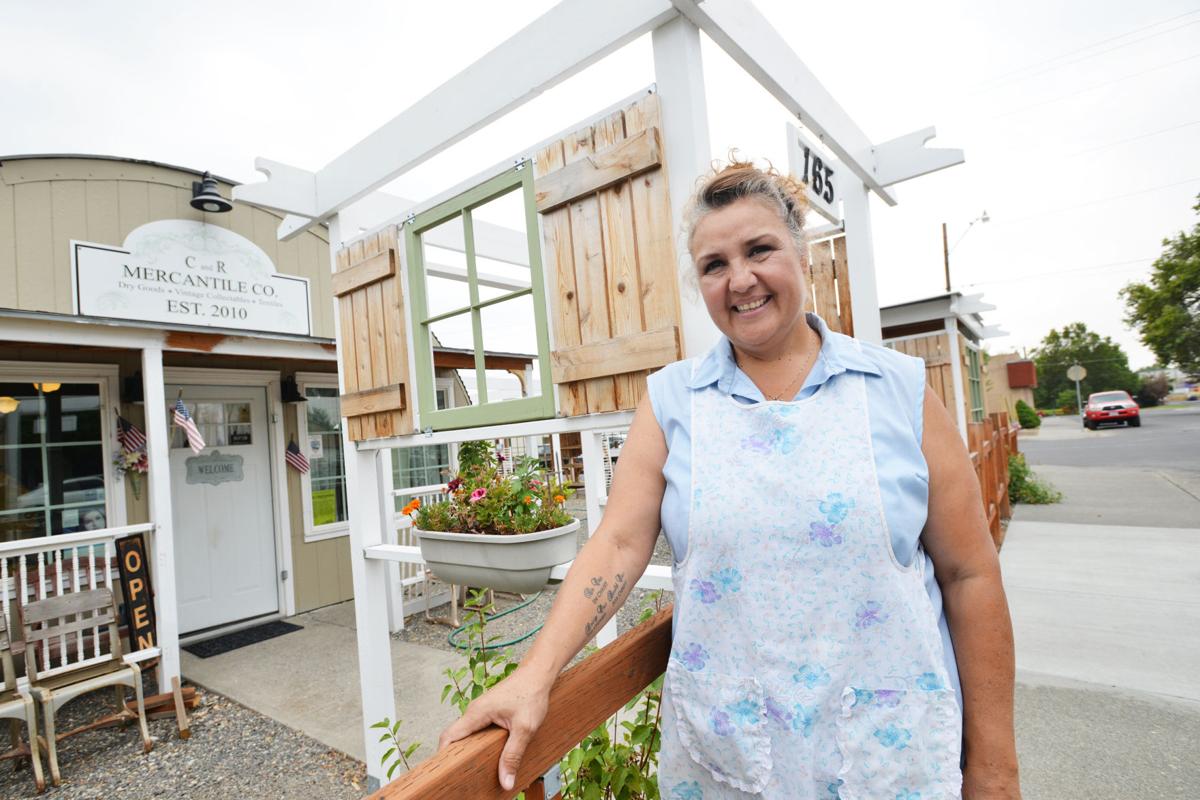 Cyndie Traner, owner of C and R Mercantile in Hermiston, has been a driving force in recruiting businesses to the West Third Street in Hermiston. 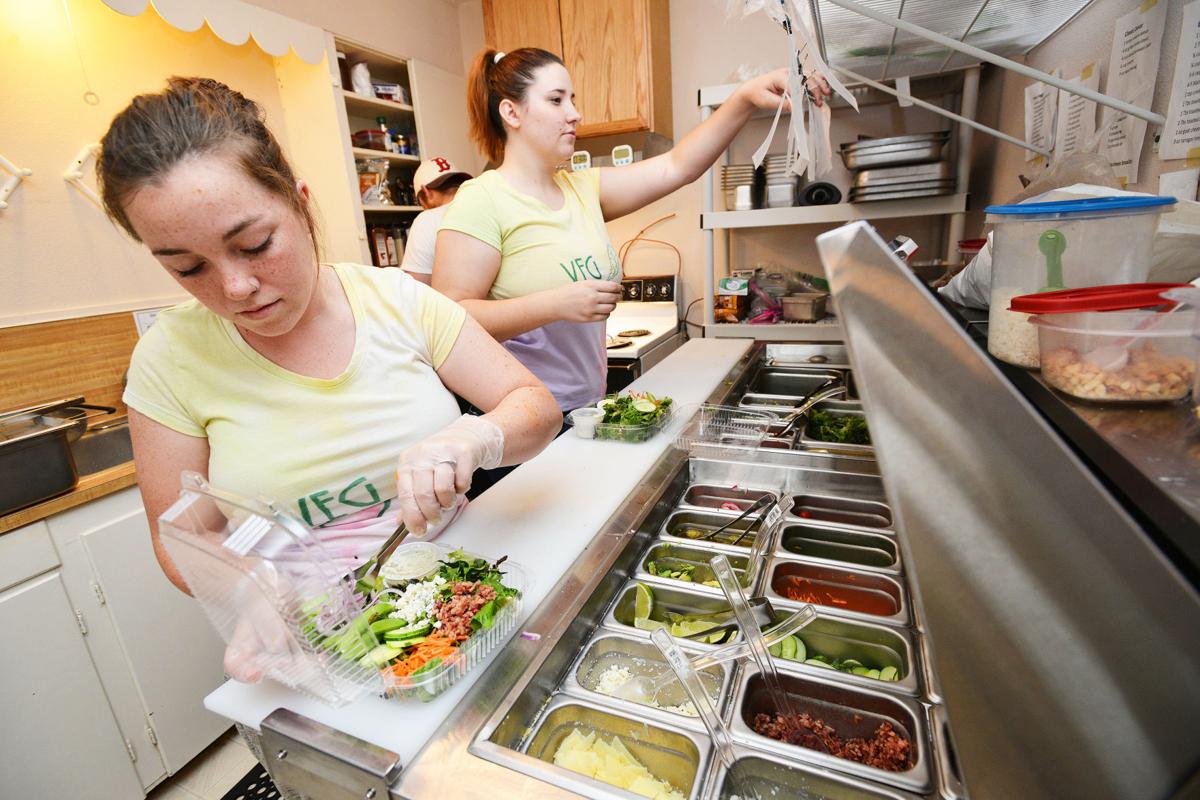 Skylar Prewitt makes a salad as Jennifer Baros places an order on Wednesday during the lunch rush at Veg Out in Hermiston. 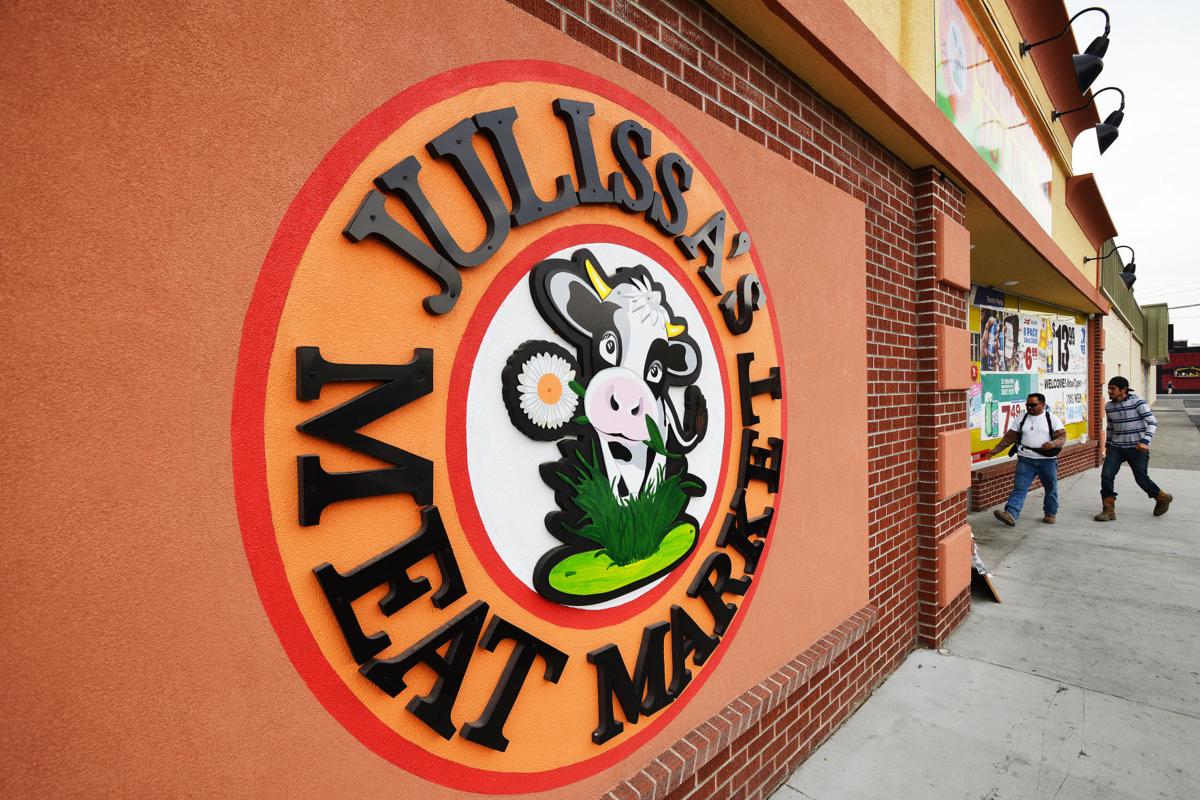 Julissa's Meat Market is a recent addition to the West Third Street business boom in Hermiston. 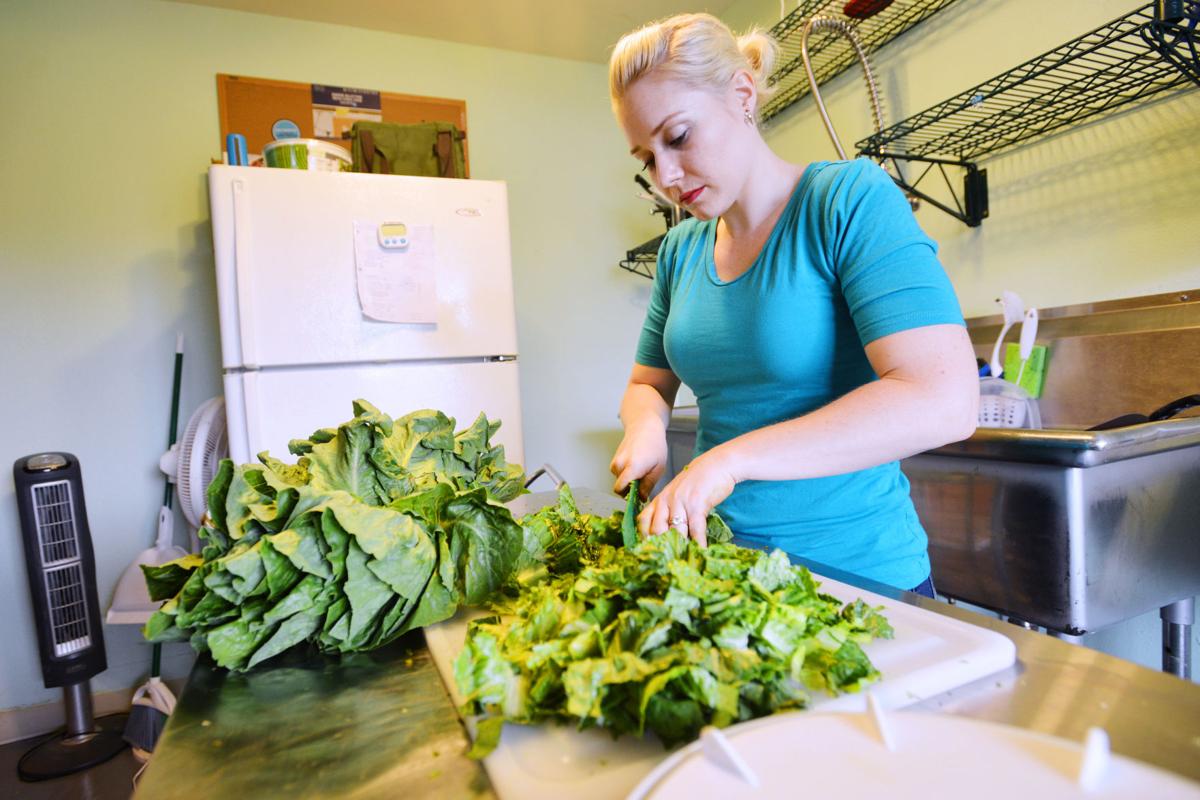 Veg Out co-owner Jaclyn Crowder cuts lettuce during the lunch rush Wednesday at her restaurant in Hermiston.

Cyndie Traner, owner of C and R Mercantile in Hermiston, has been a driving force in recruiting businesses to the West Third Street in Hermiston.

Skylar Prewitt makes a salad as Jennifer Baros places an order on Wednesday during the lunch rush at Veg Out in Hermiston.

Julissa's Meat Market is a recent addition to the West Third Street business boom in Hermiston.

Veg Out co-owner Jaclyn Crowder cuts lettuce during the lunch rush Wednesday at her restaurant in Hermiston.

When Hermiston residents talk about the need to revitalize downtown, Cyndie Traner is working to expand their definition of “downtown.”

The word tends to bring to mind a few blocks of Main Street housing such longtime staples as Hermiston Drug. But Traner owns C and R Mercantile, one of a growing number of businesses finding a home on the other side of the tracks.

“You don’t necessarily have to be on 395 and Main Street,” she said.

The Quonset hut where Traner sells vintage clothing, kitchenware and other items sits along a two-block portion of Southwest Third Street that recently became home to gourmet salad shop Veg Out and boutique Creations with Santana. The neighborhood — located behind Bi-Mart — is also home to a salon, accountant, attorney, translation service and a taco truck, with a Mexican bakery around the corner.

Where the street intersects with Hermiston Avenue sits Julissa’s Meat Market, which is just down the street from Feelingstone Gifts, a block from the Maxwell Siding Event Center — all of which opened their doors within the last six months.

Traner recently purchased the re-purposed house that holds Veg Out and Creations with Santana, and said there is still a room available in the building to lease for office space. Traner said she envisions the whole building as a place where entrepreneurs can get their start and build up a clientele before risking a lease on a larger, more visible space.

“I feel really sad when I see other small businesses close their doors,” she said. “I just think, what does that say to our young people who want to be entrepreneurs? Dream your dream, but not in Hermiston?”

Santana Layton, who opened Creations with Santana on Third Street three weeks ago, said she has wanted to open her own store for years but startup money was always an issue. After she decided to start going after her goal in earnest she saw a post on Facebook by Traner advertising the space next to Veg Out and responded.

“It’s hard to find something affordable when you’re starting out and don’t really have money,” she said.

Her boutique sells makeup, skincare products and clothing for women. Although her official hours are Tuesday through Saturday, 10 a.m. to 7 p.m., she’s a single mother of three working two jobs, so she said it’s always a good idea to check the Creations with Santana Facebook page before coming in for unscheduled closures.

Layton said she hopes that people will start realizing that the neighborhood around Bi-Mart is a good place to get out and do some shopping.

“I like the location,” she said. “I wish there was more traffic, obviously, and I’m hoping people will find out about the area, because it is growing.”

Traner is doing her part to help the area grow. She has taken it upon herself to help market the commercially zoned house next to the mercantile and an old bank building on Third Street, both of which are up for sale. She said she hopes both spaces are used for something like a bistro, wedding supply store or bakery.

“Growth is good, but you still want to hold onto those small town, mom and pop businesses with that small-town customer service,” she said.

The growth the neighborhood is experiencing does help fuel a larger cycle. On Tuesday a couple of people came into C and R Mercantile and remarked that they were waiting on salads at Veg Out and had decided to come across the street and check out Traner’s business.

Traner plans to start a side business called History Reclaimed using another space on Third Street to store antique doors, light fixtures and other items that local contractors have removed from homes during remodels but would be of interest to others going for a more vintage feel.

Revitalizing downtown has been a top goal of the city for years now, and the city did include parts of Hermiston Avenue and Third Street west of the tracks when it drew the boundaries for the urban renewal district four years ago. Economic development and increased property values in those areas leads to more money available for the whole district, as illustrated by the boom provided by the opening of the Holiday Inn Express in late 2016.

Some of the district’s planned projects, like a festival street next to city hall, focus on the east side of Highway 395, but assistant city manager Mark Morgan pointed out that several of the district’s façade grants have gone west of the tracks, including grants for the Holiday Inn Express, Julissa’s Meat Market and attorney John Ballard’s office on Third Street. The city also provided developer Mitch Meyers with a $10,000 grant out of its community enhancement fund for the landscaping and parking improvements next to the Maxwell Siding Event Center, and Morgan said the city would like to continue collaborating with developers on projects in that area.