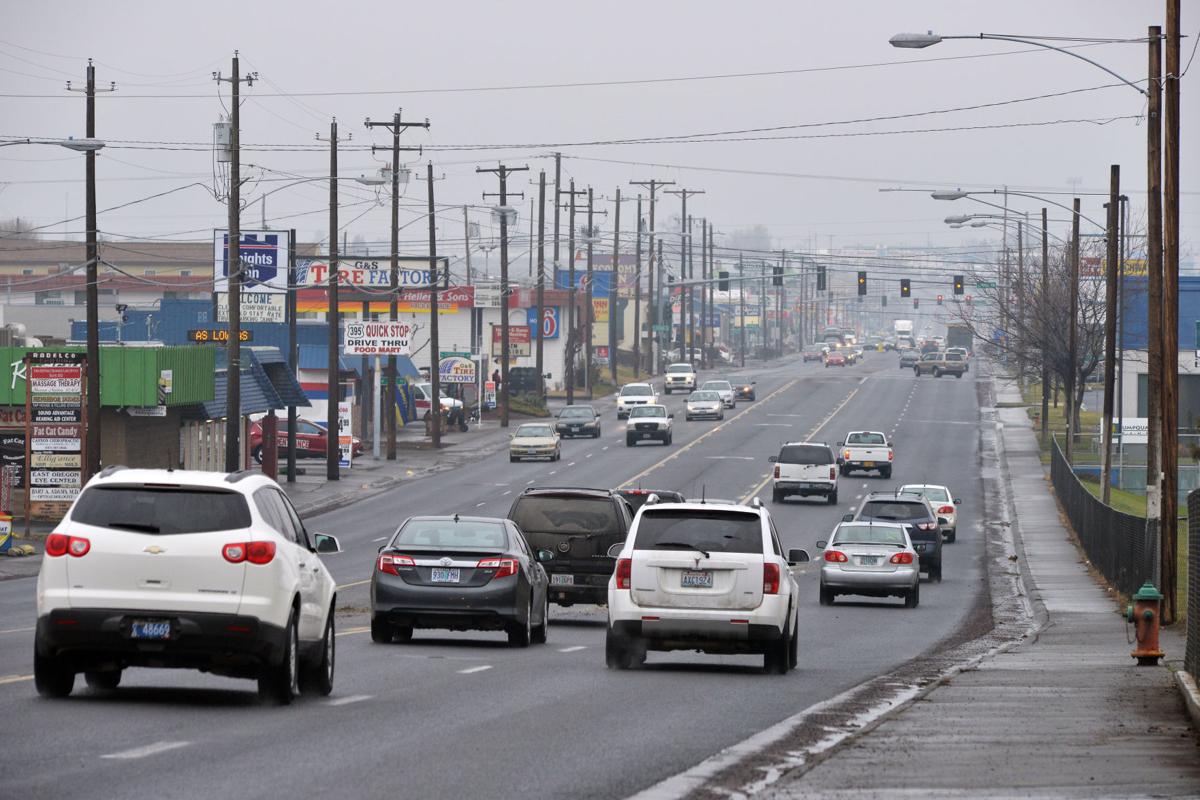 The Oregon Department of Transportation will embark on a major highway project along the Highway 395 corridor running from Hermiston north to Highway 730. The focus of the project will be on paving and safety and will run from March through August. 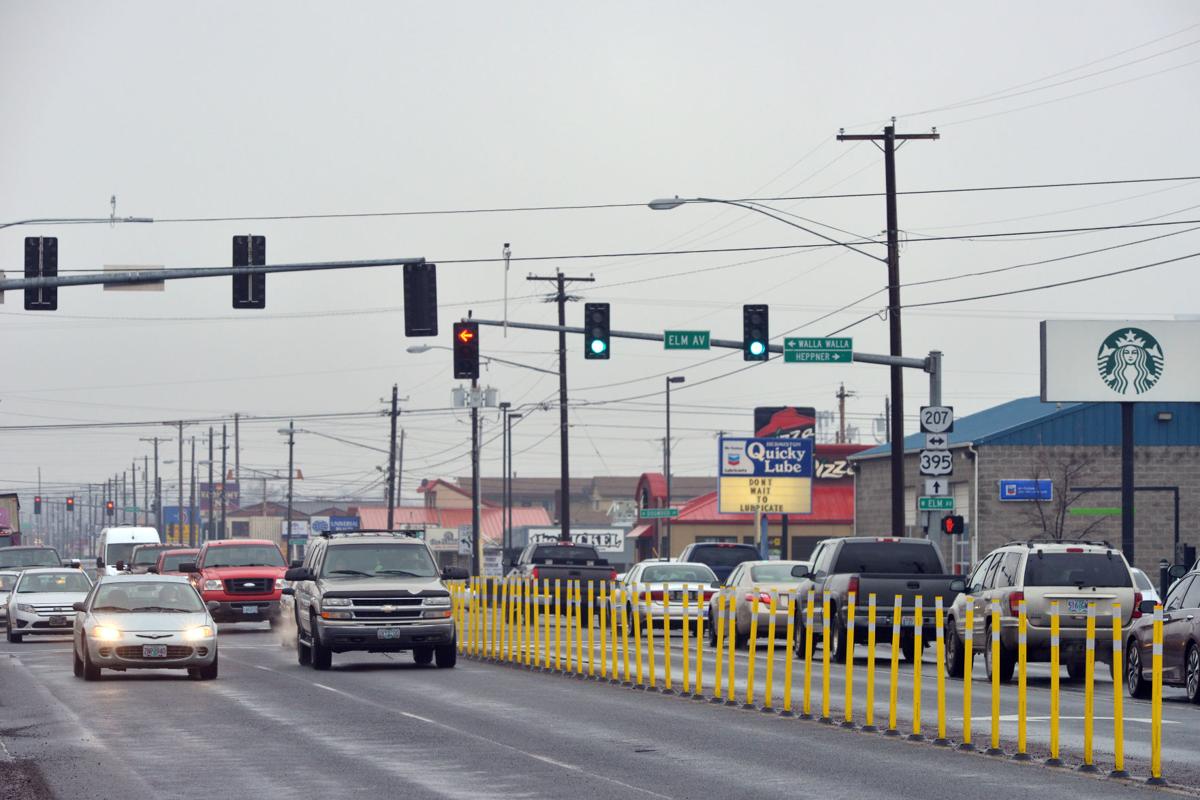 Vehicles pass a turn-lane barrier at the intersection of Highway 395 and Elm Avenue on Wednesday in Hermiston.

The Oregon Department of Transportation will embark on a major highway project along the Highway 395 corridor running from Hermiston north to Highway 730. The focus of the project will be on paving and safety and will run from March through August.

Vehicles pass a turn-lane barrier at the intersection of Highway 395 and Elm Avenue on Wednesday in Hermiston.

As the Oregon Department of Transportation gears up for a summer of construction on Highway 395 in Hermiston, the department is putting an emphasis on driver safety.

The corridor through the center of Hermiston will be the subject of a major repaving project from March through the end of August.

The department will grind out the old asphalt and place two inches of new pavement on the six-mile section of highway from Southeast Fourth Street to Highway 730. All intersections will get ADA-compliant wheelchair ramps and a cement median will replace the yellow traffic delineators at the intersection of 395 and Elm Avenue.

ODOT public information officer Tom Strandberg said as much work as possible will be done at night to reduce the impact on adjacent businesses. One lane in each direction will always be open, but the work will disrupt traffic flows through the corridor, which sees an average of 16,850 vehicles per day.

Strandberg said safety along the busy stretch of highway has been an increasing concern for ODOT, especially after two serious crashes north of town late in 2015.

“Whenever you have a situation like that where it’s heading out of town but you still have all those businesses along there and there’s five lanes, it’s tricky,” he said.

Strandberg urged drivers who use the 395 corridor to pay extra attention to their surroundings and to reduce distractions while driving, which will be especially important during the construction period.

“ODOT will continue to work with the city of Hermiston to improve safety, but it is paramount that all motorists, bicyclists and pedestrians take extra caution and be mindful of each other,” he wrote in a news release. “Safety is everyone’s responsibility.”

Between 2010 and 2014 there were 450 crashes reported on Highway 395 between milepost 10 (just north of Stanfield) and Highway 730. Ninety percent of those occurred in the six-mile stretch between Southeast Fourth Street and Highway 730.

According to ODOT data, those crashes resulted in two fatalities, 15 serious injuries, 90 moderate injuries and 228 minor injuries. The full data set isn’t in for 2015, but there was another fatality reported on Highway 395 near Baggett Lane in October 2015.

The majority of crashes reported between 2010 and 2014 were classified as rear-end crashes or crashes during a turning movement. Half of the reports listed following too closely or failure to yield as the primary cause, while excessive speed or distracted driving were cited as a cause in 20 percent of the crashes.

Thirty-three of the crashes happened on ice or snow-covered roads. Most were two-vehicle crashes. Fridays had the most crashes at 87, while Saturdays had the fewest at 46.

Hermiston Police Chief Jason Edmiston said in a statement that in June 2015 the department reverted to having an officer on a motorcycle dedicated full-time to traffic violations. In the next six months the officer issued 863 citations, mostly along Highway 395.

“Law enforcement can impact traffic with either education or enforcement,” he said. “We would much rather educate our citizens that distracted driving as a result of passengers, electronic devices, etc. is preventable.”

He said the highway is unique because it has so many business entrances and exits along it —as well as a high speed limit. Edmiston said it would be important for drivers to be especially cautious and practice good defensive driving during the period of construction on the highway.

One particular section of the highway that has come under scrutiny is the intersection of Highway 395 and Elm Avenue. The intersection is the busiest in northeastern Oregon and is considered by ODOT to be the second most dangerous in Eastern Oregon based on number of crashes per vehicle. There were 34 crashes reported from 2011 to 2013.

In an attempt to reduce the number of crashes there each year ODOT put up temporary barriers at the intersection to keep people from turning left out of surrounding businesses. The plastic barriers will be replaced with a concrete median during the repaving project.