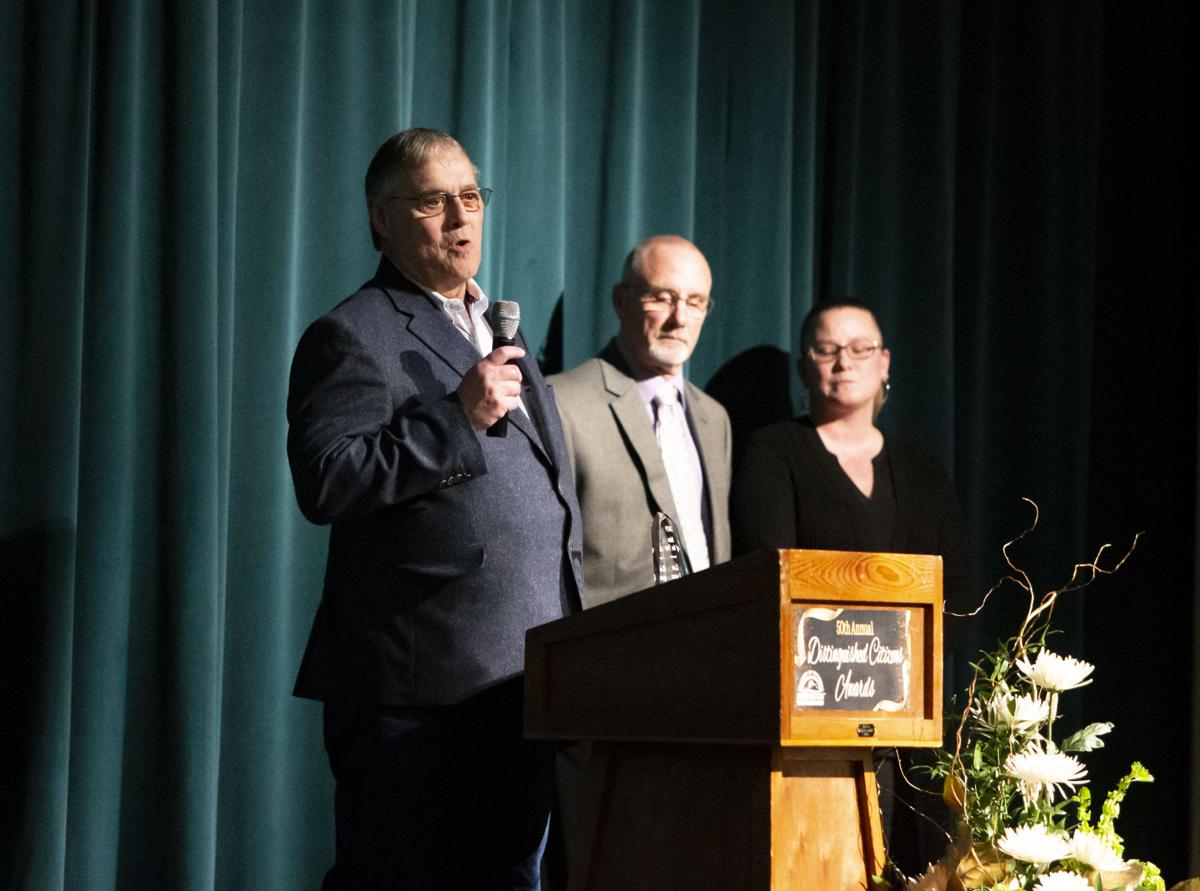 Lou Lyons delivers an acceptance speech after winning the Man of the Year Award at the 50th annual Distinguished Citizens Awards in Hermiston on Wednesday night. 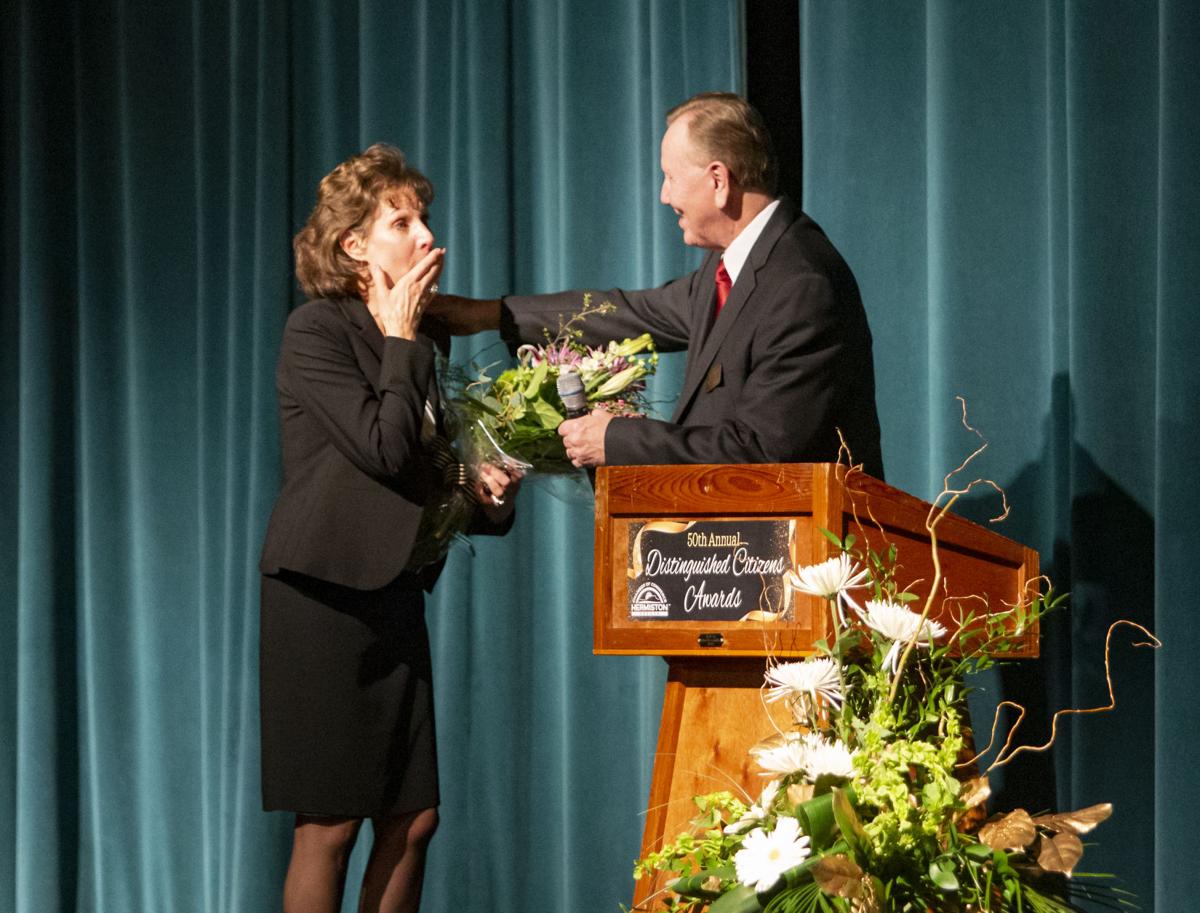 Cindy Meyers reacts to winning the Woman of the Year Award at the 50th annual Distinguished Citizens Awards in Hermiston on Wednesday night. 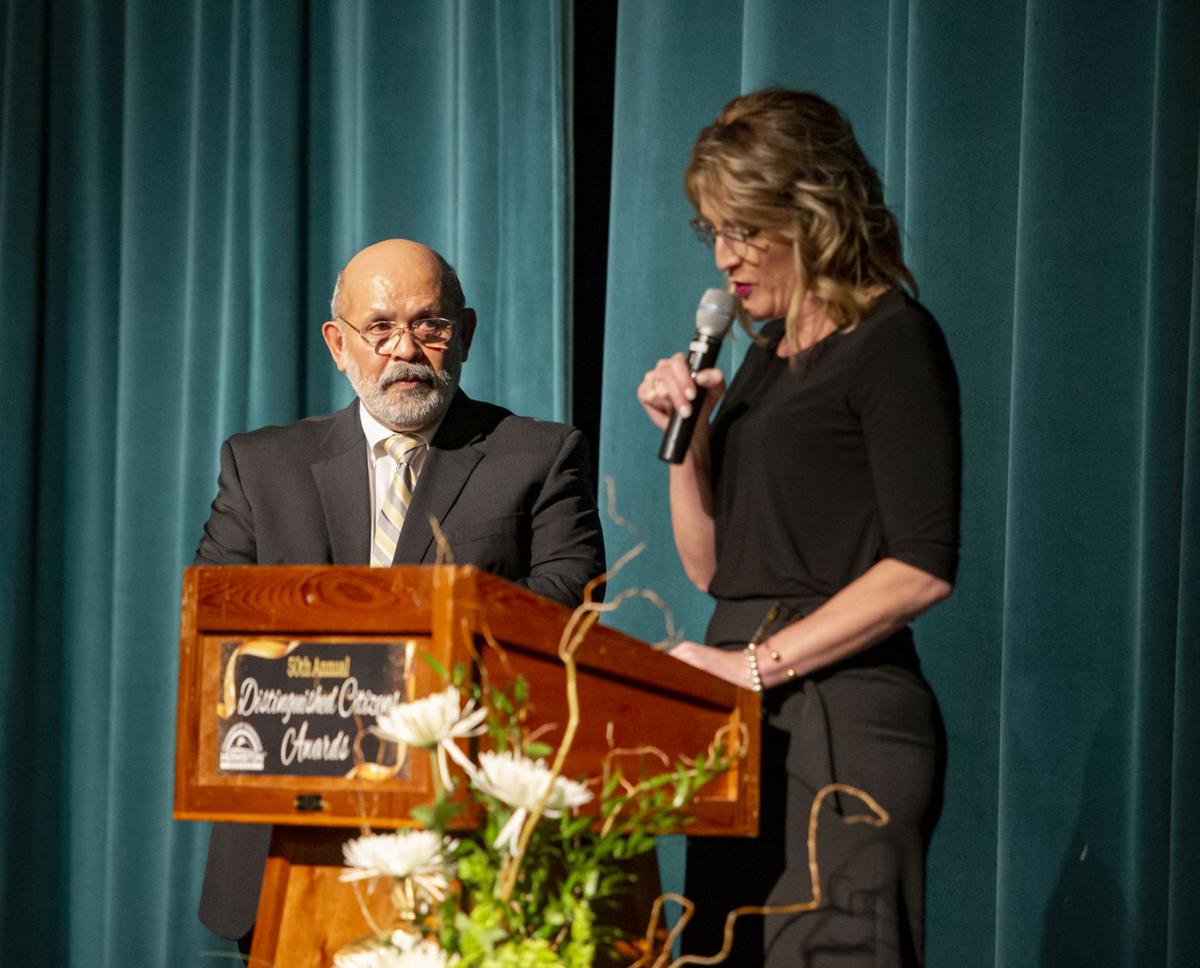 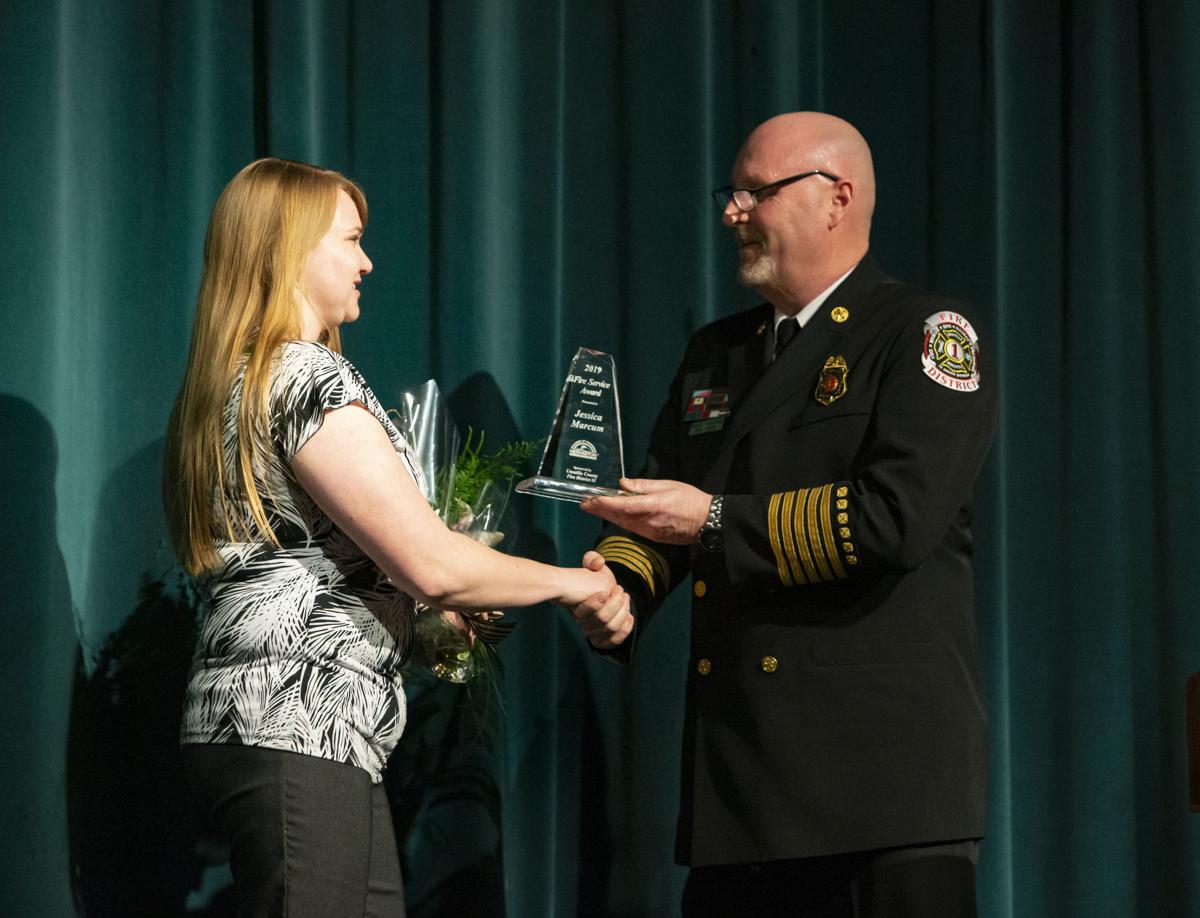 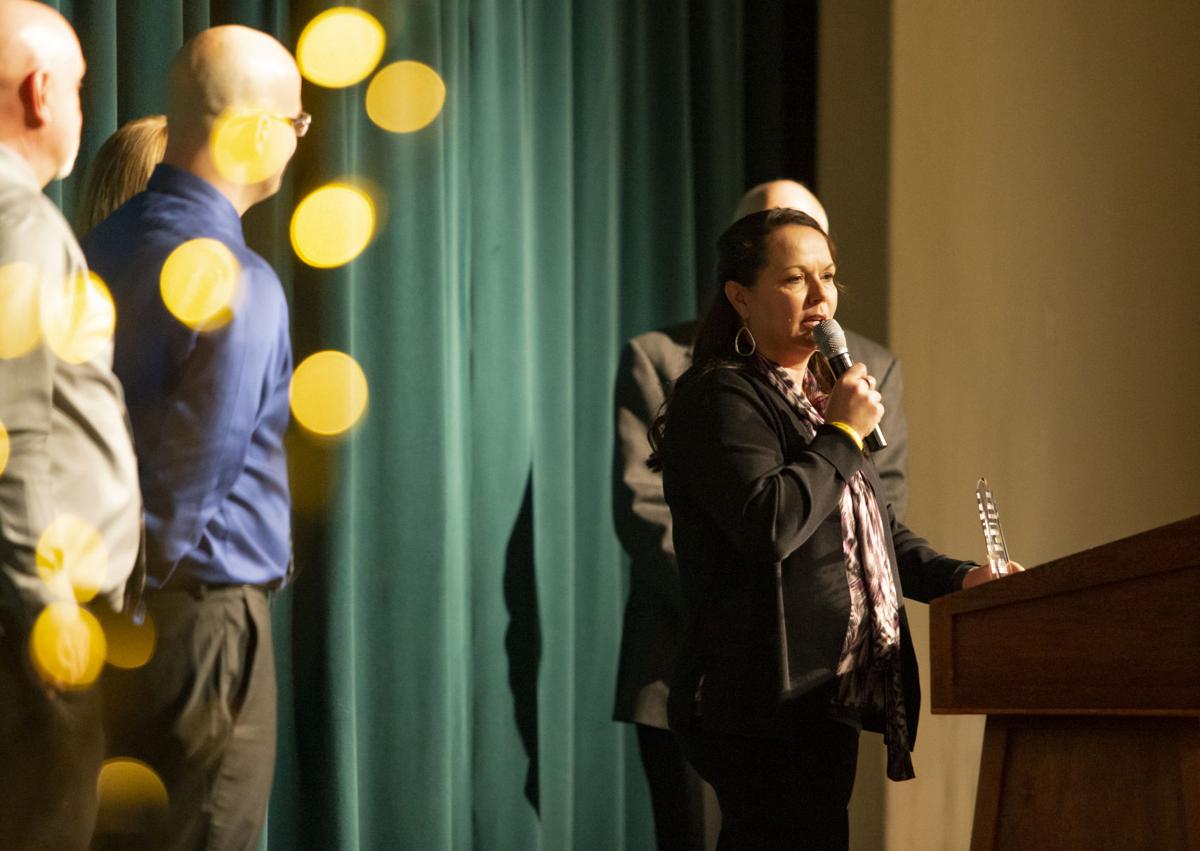 Kriss Dammeier delivers an acceptance speech on behalf of Made to Thrive for the Merit of Honor Award at the 50th Annual Distinguished Citizens Awards in Hermiston Wednesday night. 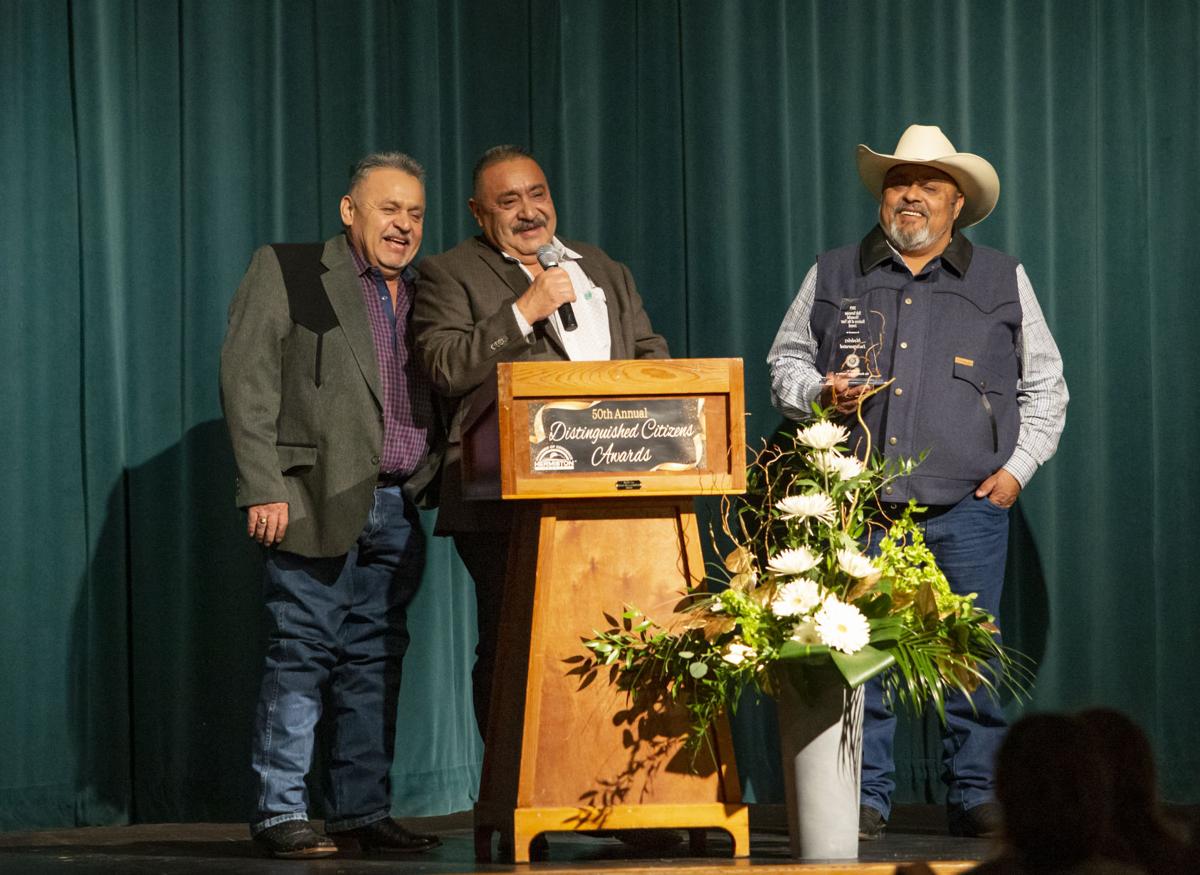 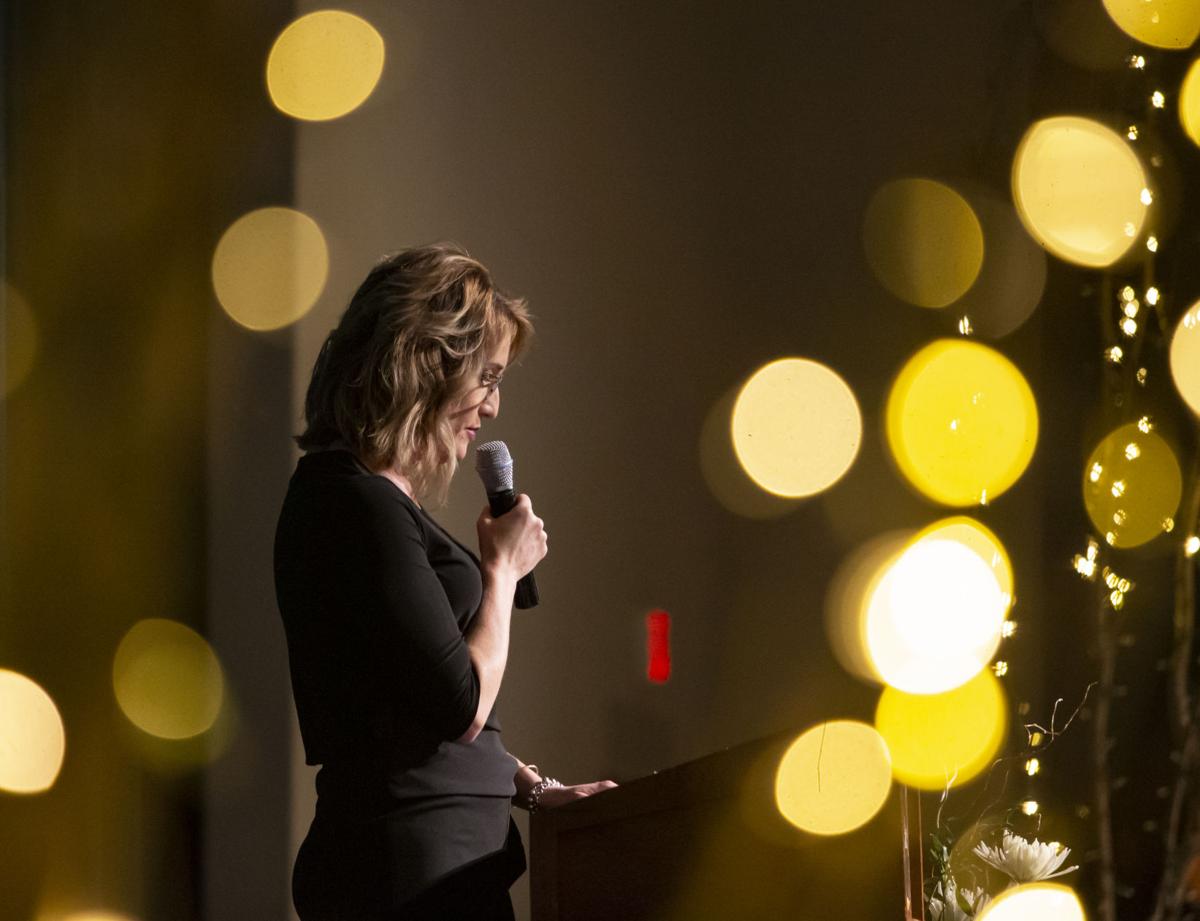 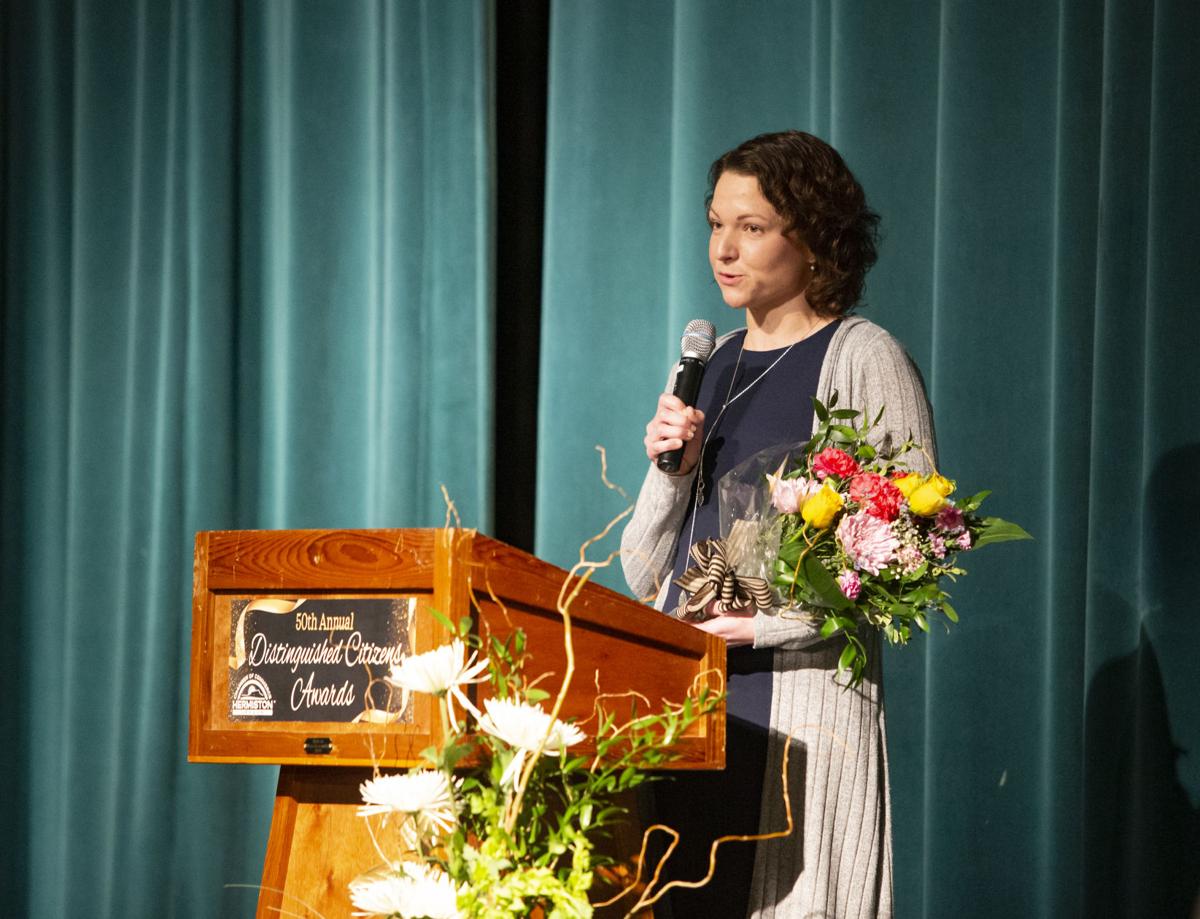 Tammy Fisher delivers an acceptance speech after winning the award for Districtwide Educator of the Year at the 50th Annual Distinguished Citizens Awards in Hermiston Wednesday night.

Lou Lyons delivers an acceptance speech after winning the Man of the Year Award at the 50th annual Distinguished Citizens Awards in Hermiston on Wednesday night.

Cindy Meyers reacts to winning the Woman of the Year Award at the 50th annual Distinguished Citizens Awards in Hermiston on Wednesday night.

Kriss Dammeier delivers an acceptance speech on behalf of Made to Thrive for the Merit of Honor Award at the 50th Annual Distinguished Citizens Awards in Hermiston Wednesday night.

Tammy Fisher delivers an acceptance speech after winning the award for Districtwide Educator of the Year at the 50th Annual Distinguished Citizens Awards in Hermiston Wednesday night.

HERMISTON — Amid tears, cheers and standing ovations, Hermiston honored some of its most giving citizens at the 50th annual Distinguished Citizens Awards.

When it came time to accept their awards, however, most were reluctant to take any credit for themselves. Lou Lyons — Man of the Year — jokingly tried to duck backstage rather than make his way to the podium. Once he took the award, he thanked his employees at Elmer’s Irrigation, many of whom have been with him since he purchased the business 27 years ago.

“We’re here, we’re proud to support the community, and that’s what we intend to do,” he said.

Lyons came to Hermiston in 1989 to work with the business’s founder, Elmer Georgeson. Presenter Steve Frasier noted Lyons is a strong supporter of youth in the community, donating money and time to a long list of organizations. He provides 400 tickets each year for FFA students to see the Farm-City Pro Rodeo, sponsors the calf-dressing contest, purchase multiple 4-H and FFA animals at the auction each year, and donated much of the irrigation equipment used to support the Umatilla County Fair.

“They say if you fly the flag, you’d better walk the walk, and the flag he flies says, ‘I care about youth,’” Frasier said.

Awards at the banquet are always kept a secret ahead of time, but Woman of the Year Cindy Meyers was especially shocked. As a Hermiston Chamber of Commerce ambassador, she would normally be in the loop on who the chamber was giving awards to, but had been given a fake name.

“I’m speechless,” she said, wiping away tears as her family joined her on stage.

Presenter Bob Green, a fellow chamber ambassador, called Meyers a woman of integrity who was humble, resourceful, diligent, elegant, witty, thoughtful and many other traits that make her a role model. He highlighted her service in organizations, such as Altrusa International and the Agape House, as well as professional success as a vice president at Banner Bank.

“As a banker the past 37 years she has excelled as one of the most accomplished bankers in the area, in the words of her peers,” Green said.

The Bob Severson Rotary Business of the Year went to Medelez Inc., a family-owned, Hermiston-based trucking company. Presenter Tammy Smith said they started in the early 1980s with just three pieces of equipment, and today have more than 150 trucks and more than 300 employees. Their business provides support along Hermiston’s supply chain, from farms like AgriNorthwest to processing plants like Lamb Weston to retailers like Safeway. Beyond that, they have been major sponsors of projects, such as Kennison Field, and nonprofits, such as Farmers Ending Hunger.

As the Medelez brothers took the stage to accept the award, Benny Medelez thanked their employees and the community.

“We came here in 1974 because we thought Hermiston would be a good place to raise our families, and we were right,” he said.

The Merit of Honor Award went to Made to Thrive, a Hermiston nonprofit that helps at-risk youths participate in extracurricular activities. The organization pays fees, provides equipment and snacks, gives rides to practices, encourages parent involvement and sends mentors to cheer on students at their games and performances.

Made to Thrive was started by Kriss Dammeyer in 2014 and has since helped more than 1,500 children ages 4-18 in Umatilla County. Presenter Phil Hamm said Dammeyer isn’t afraid to highlight the “sad parts” of the community, but she always comes ready with a solution and the drive to make it happen.

“We have our heads down and just going, and sometimes we don’t take the time to reflect on the impact we are making,” Dammeyer said as she accepted the award.

Besides the awards presented by the chamber, Umatilla County Fire District #1 also presented their Fire Service Award to Jessica Marcum, the district’s community paramedic who visits patients in their homes to help prevent future ambulance rides and emergency room visits.

“She has almost by herself grown the program to be one respected throughout the state,” Stanton said.

Fisher was named the overall Educator of the Year, a choice superintendent Tricia Mooney said was a difficult one. However, she said Fisher’s “passionate, tireless efforts to engage all students in learning” had gained the admiration of all her colleagues.

Mooney was recognized as the district’s Administrator of the Year, and the district noted a long list of accomplishments in the past year, including completing a doctorate in education, being appointed to the Oregon Quality Education Commission and helping the district pass an $82.7 million bond.