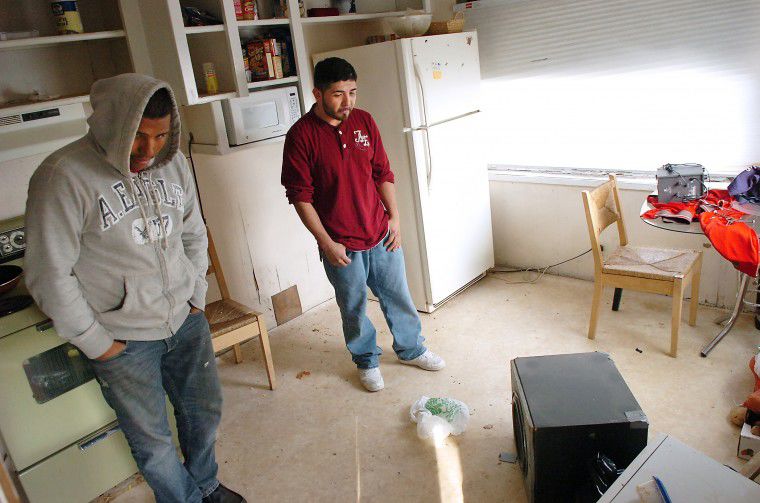 <p>Omar Barragan, left, and Estamo Marcias tell how their friend and roommate Heriberto Aparicio Garcia, 34, was shot and killed Saturday morning in the kitchen of their mobile home in Hermiston.</p> 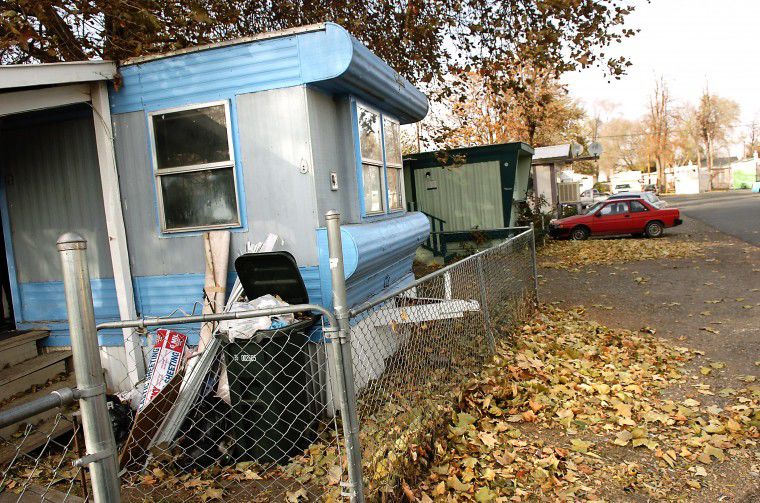 <p>Heriberto Aparicio Garcia, 34, was shot in the chest early Saturday morning in this mobile home in Village Park at 1215 S.W. 11th St., Hermiston. Garcia later died from the wound at Good Shepherd Medical Center. Jesus Carrillo Jr., 25, has been arraigned on one count of murder in the case.</p> 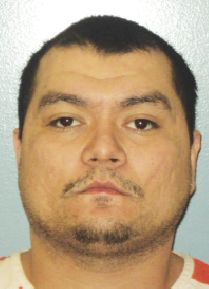 <p>Omar Barragan, left, and Estamo Marcias tell how their friend and roommate Heriberto Aparicio Garcia, 34, was shot and killed Saturday morning in the kitchen of their mobile home in Hermiston.</p>

<p>Heriberto Aparicio Garcia, 34, was shot in the chest early Saturday morning in this mobile home in Village Park at 1215 S.W. 11th St., Hermiston. Garcia later died from the wound at Good Shepherd Medical Center. Jesus Carrillo Jr., 25, has been arraigned on one count of murder in the case.</p>

Friday night began with a plan for some working stiffs to party in their trailer home at Village Park, Hermiston. It ended early Saturday morning with the bloody death of 34-year-old Heriberto Aparicio Garcia.

Hermiston police Sunday arrested Jesus Carrillo Jr., 25, for the slaying and booked him into the Umatilla County Jail, Pendleton. The Umatilla County District Attorneys Office arraigned Carrillo on one count of murder for shooting and killing Garcia. Carrillo withheld his plea.

Barragan translated as Marcias recounted in Spanish what happened from nearly the very spot where Marcias said Garcia was shot. Barragan said he was working that night and not present at the party.

Garcia, Marcias and another roommate met some young women Friday and invited them to the home that night. The women arrived, but with as many as a dozen men.

Marcias called the strangers gangsters. He and Barragan said they are not gang members or affiliated with gangs. Acting Hermiston Police Chief Jason Edmiston said the shooting was not gang-related.

When the men showed up, Marcias said the roommates debated whether to continue the party, but agreed to do so as long as things didnt get out of hand.

As the night stretched on, the uninvited revelers grew rowdy and troublesome, Marcias said. Garcia decided it was time for them to leave.

Carrillo struck Garcia in the back, Marcias said through Barragan, then another of Carrillos cohorts piled on. Marcias jumped into the fray. Monday afternoon he had a bruise under his left eye. Evidence, he said, of the fight.

The men separated for a moment, Marcias said, and he told the group that if Carrillo and Garcia fight, it should be one-on-one.

But there was no more fighting.

Everything happened so quickly, he said.

Carrillos younger brother pulled a handgun from the waistband of his pants and handed it to his older brother, Marcias said as Barragan translated. Marcias said that Jesus Carrillo shot Garcia in the chest from no more than 6 feet away.

DA Dan Primus said Tuesday there are no other suspects in the case.

The Carrillos, the women and the other partygoers fled. Marcias rushed his wounded friend to Good Shepherd Medical Center, where he died.

Marcias said Garcia was a good friend whom hed known seven years. He and Barragan described Garcia as a hard worker and a handyman around the home and the trailer court. He enjoyed fishing and was a good cook whose specialty was seafood. They said he prepared most of the meals in the small home.

We just bought the stuff and he went at it, Barragan said.

Garcia was separated from a wife, and has two daughters, Barragan said, one about 15 and another about 7 or 8. Garcias family also lives in Hermiston.

Marcias and Barragan said they were saddened and perplexed by their friends death.

There is no reason for it, Barragan said.

Primus said he plans to present evidence to a grand jury this week for a murder indictment. If the grand jury returns a true bill, he said he will charge Carrillo on Monday in Pendleton circuit court.

Garcias killing is the second at Village Park in little more than a year.

Maurillo Lamas Sanchez, 45, is charged with murdering his wife, Hilaria Sanchez, on Oct. 27, 2010, in their mobile home at the trailer court. In June, Circuit Court Judge Christopher Brauer ruled Sanchez was unable to aid in his own defense and committed him to Oregon State Hospital in Salem.

Garcias killing also is the second this year in Umatilla County and the first charged as a homicide.