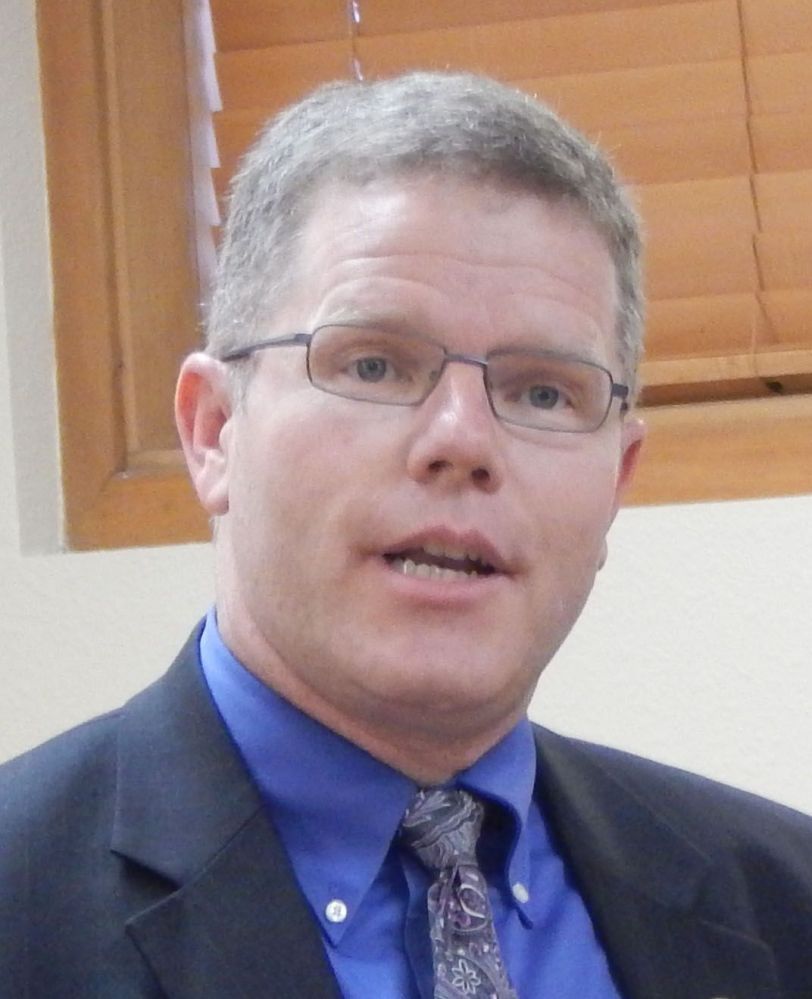 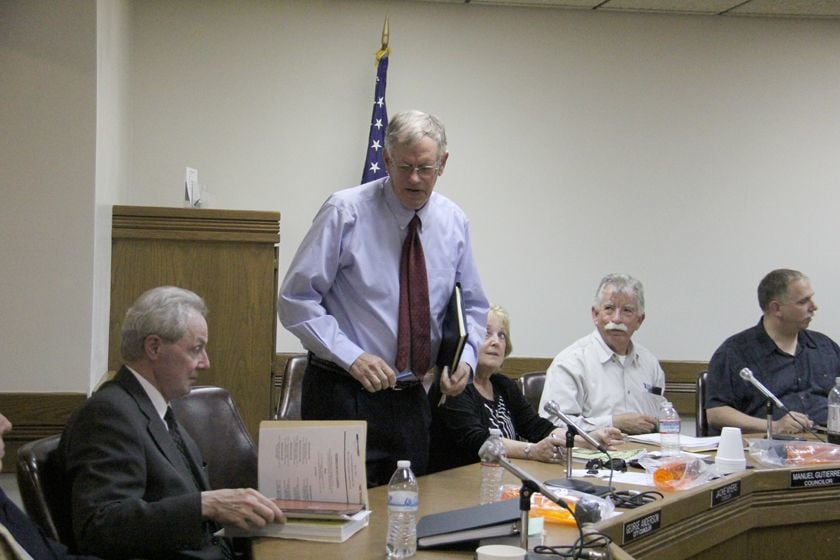 <p class="p1">Hermiston City Councilman George Anderson moments after he announced his immediate resignation from the board.</p>

<p class="p1">Hermiston City Councilman George Anderson moments after he announced his immediate resignation from the board.</p>

A new chapter in Hermiston's history began this week when Byron Smith was tapped to replace Ed Brookshier as city manager.

The city council voted unanimously Monday night for Smith to replace Brookshier, who is retiring after 25 years as city manager. Smith is expected to start sometime in August.

"It's exciting to look forward to the future, because I think we have a good one in Mr. Smith," Mayor Dave Drotzmann said. "His broad experience with many different types of cities, as well as his experience with cities similar to Hermiston make him a great fit to continue our area's growth well into the future."

Smith is currently the city manager of Fort Madison, Iowa. He has served in the city of 11,000 people since 2009; before that was the assistant city manager/city planner for Poplar Bluff, Missouri.

Smith said he is looking forward to coming to Hermiston.

"I really think a lot of good things are going on in Hermiston, and I want to keep building on those things and improving city operations," he said.

Smith said when he visited Hermiston for an interview last week he liked what he saw. He was impressed by the Eastern Oregon Trade and Event Center and said it will be "really significant" for the city. He said he was also excited to learn about the newly finished Oxbow Trail.

"Those kind of community amenities I think are important," he said. "I'll be looking out for other ways to improve the quality of life for residents."