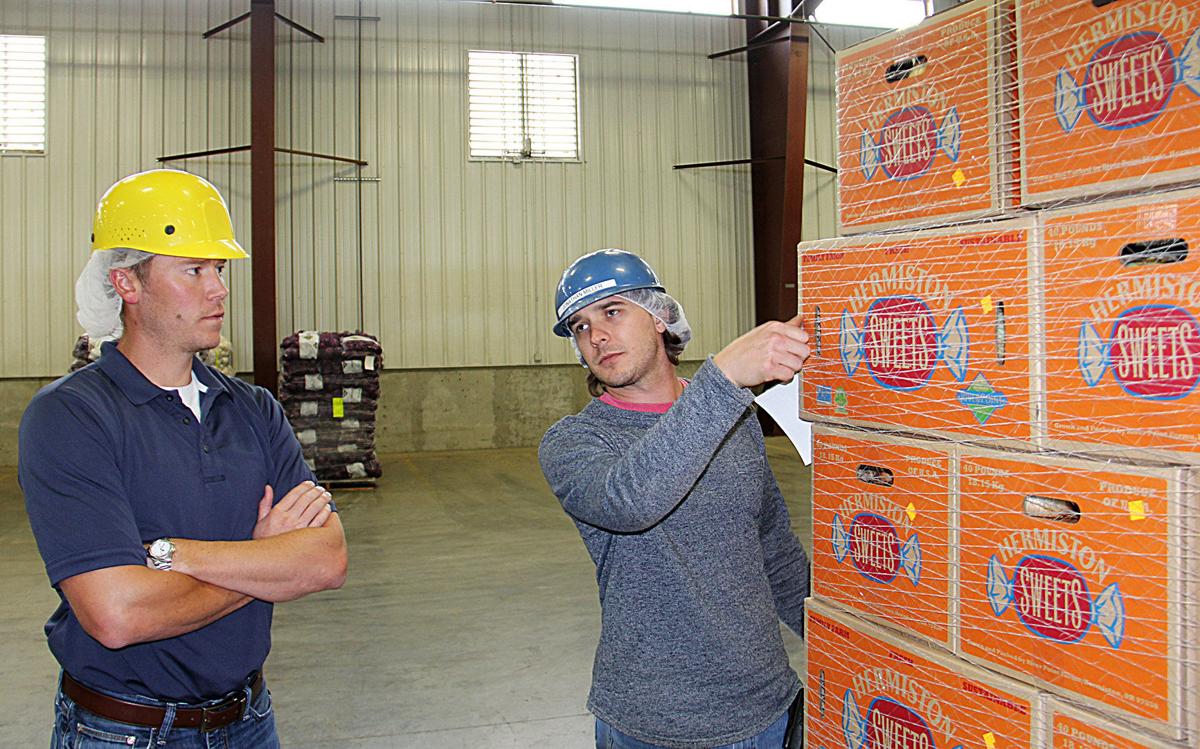 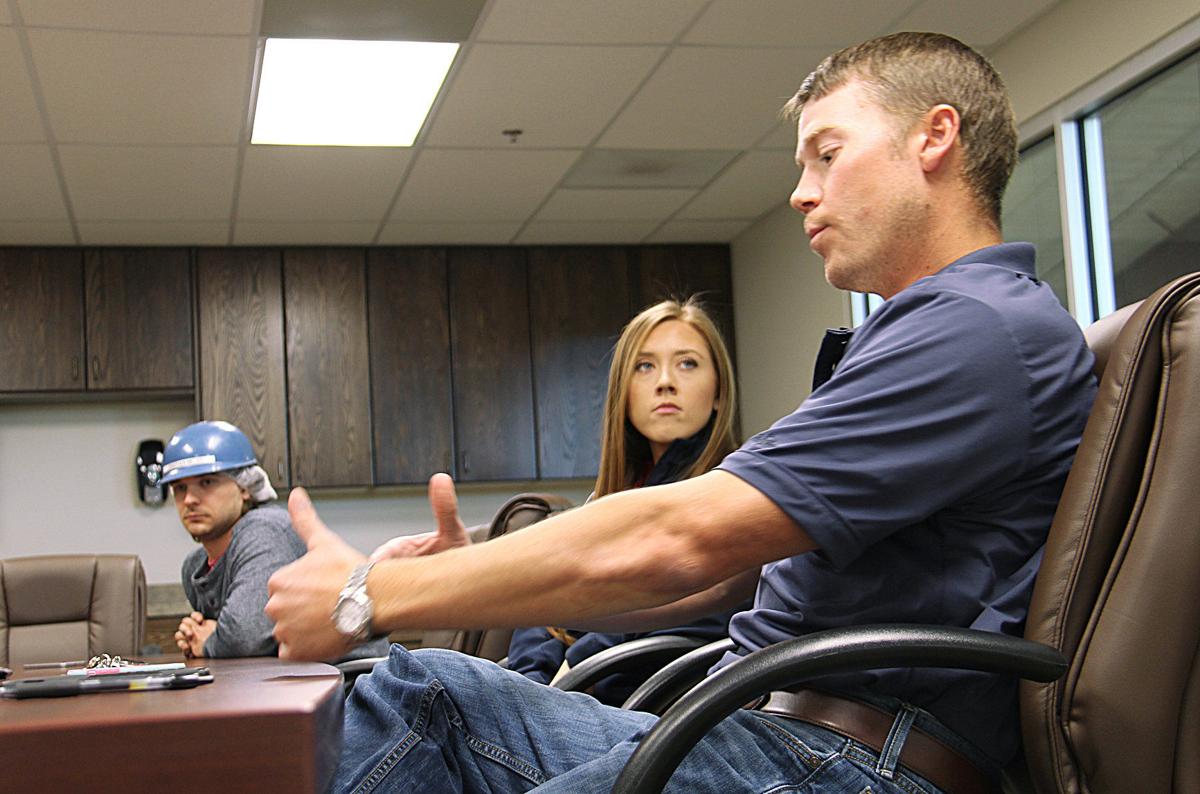 Stefan Matheny, director of sales for River Point Farms, talks about the Hermiston Sweets onion variety produced and package by the farm. With Matheny are Jonathan Miller, plant manager for the fresh pack facility, and Mackenzie Mills, who works in sales and account management for River Point Farms. 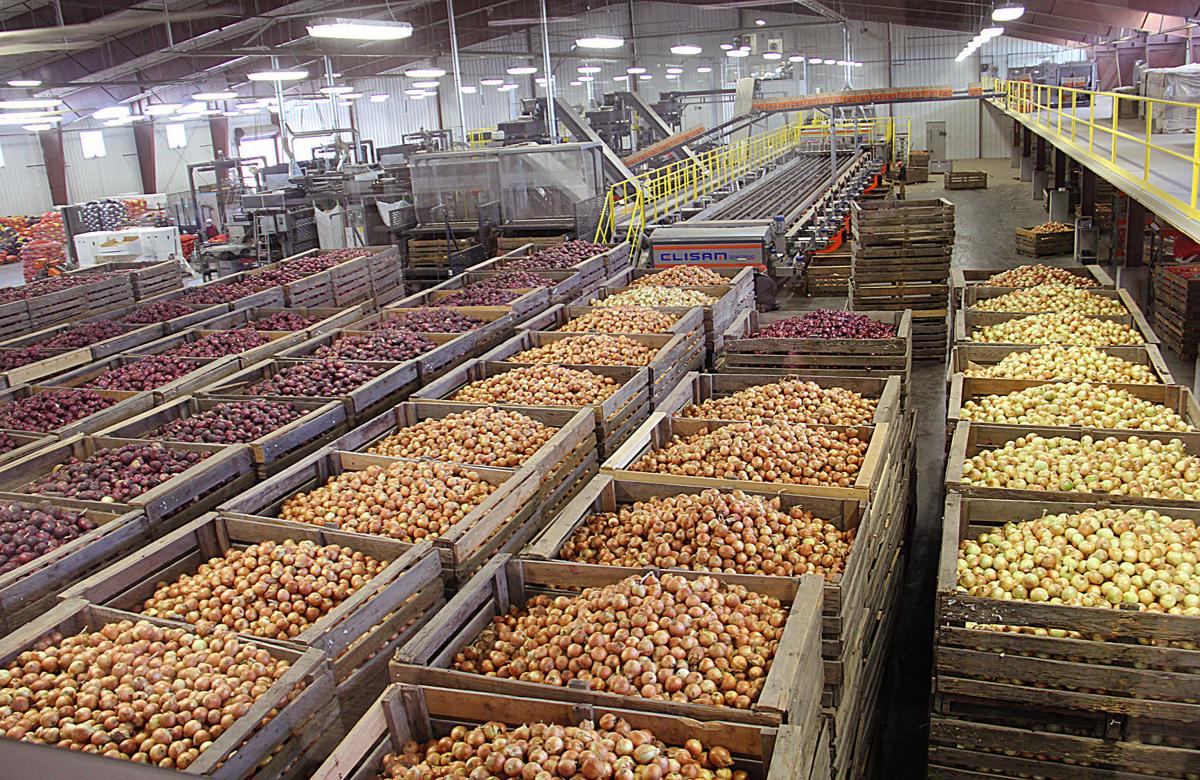 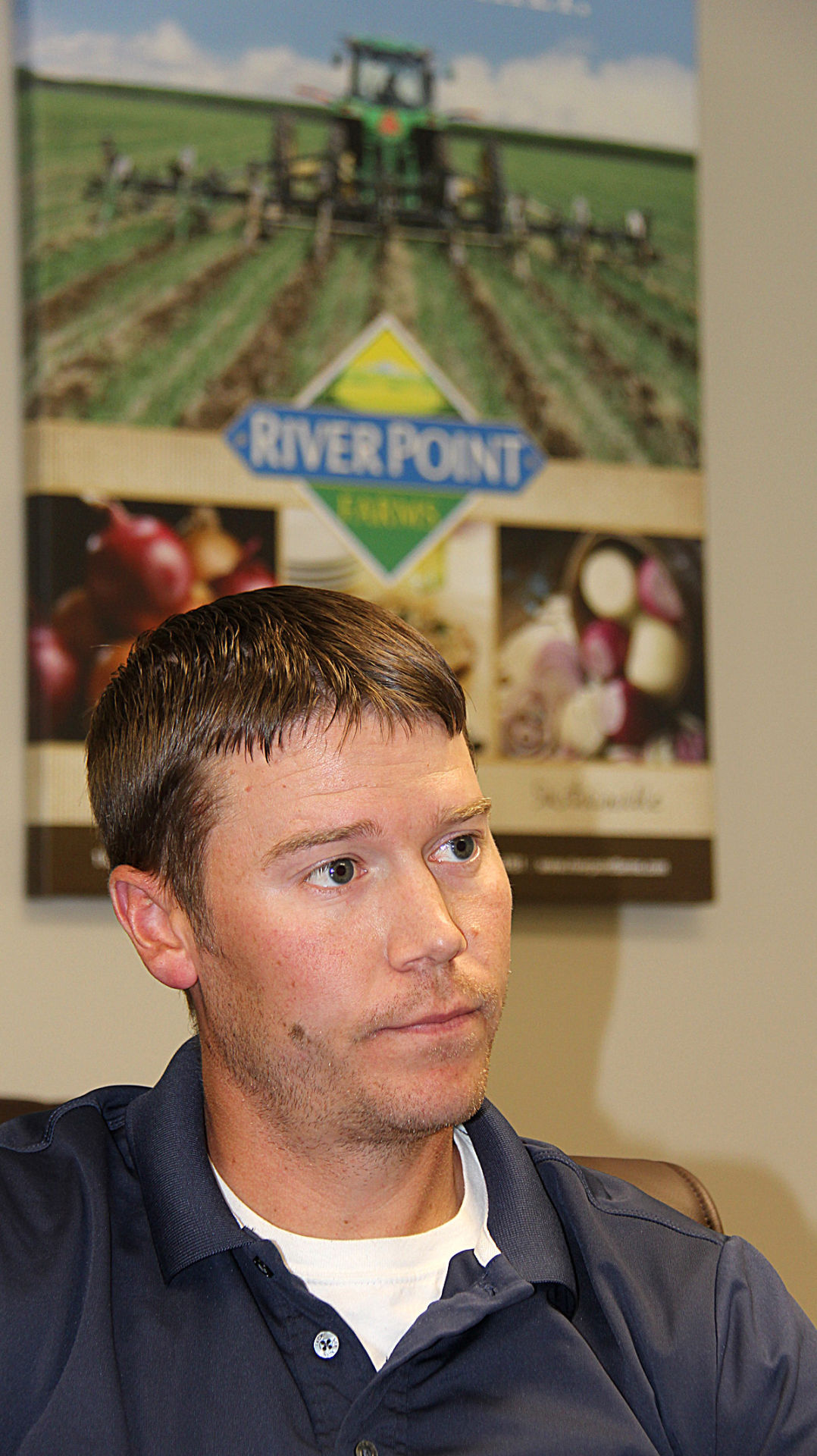 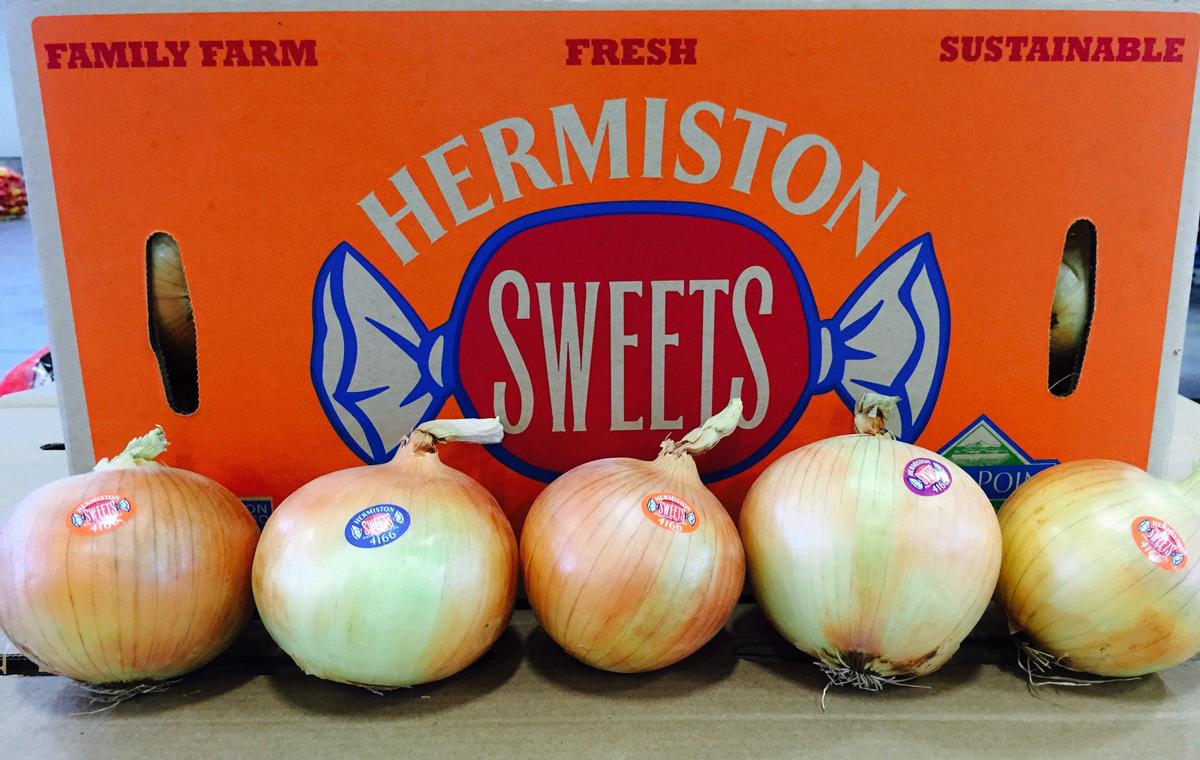 Hermiston sweet onions have been marketed by River Point Farms for 20 years.

Stefan Matheny, director of sales for River Point Farms, talks about the Hermiston Sweets onion variety produced and package by the farm. With Matheny are Jonathan Miller, plant manager for the fresh pack facility, and Mackenzie Mills, who works in sales and account management for River Point Farms.

Hermiston sweet onions have been marketed by River Point Farms for 20 years.

A candy wrapper might seem like an odd logo for onions, but Stefan Matheny said it does the trick for Hermiston Sweets.

Matheny, director of sales for River Point Farms in Hermiston, said the company has marketed locally grown sweet onions for 20 years. With harvest now in full swing, the farm is scrambling to package and fill orders in time for Labor Day Weekend.

“I think the Hermiston Sweet is pretty versatile,” Matheny said. “It can go on a hamburger, fresh cut, or it also sautés very well.”

It’s that kind of versatility that allows Hermiston Sweets to fetch a premium price on the market. Sweet onions are distinguished by their mild pungency, as measured by the amount of pyruvic acid in the produce. That’s the chemical that makes people’s eyes sting and water.

While Hermiston Sweets are only a small percentage of business at River Point Farms, Matheny said it’s proven to be a valuable specialty market. Hermiston Sweets can be found at a number of regional and national chains, including Safeway, Costco and Fred Meyer.

“Certainly, the Columbia Basin as a whole is well-known for quality,” Matheny said. “It’s a good area for growing onions.”

River Point Farms is the largest onion producer in the country, farming more than 6,000 acres around the region. Sweet onions make up just 5-10 percent of what’s planted, though orders usually sell for $3-$5 more than regular onions, depending on the markets.

The result makes for a smooth transition from one Northwest-grown sweet onion to the next, Matheny said. Hermiston Sweets are also grown using a different type of seed, which gives them more of a globe shape and darker, tighter skin.

Jonathan Miller, who runs the production line at River Point’s fresh pack facility, said this year’s harvest has been one of the best in years. Mild temperatures over the spring and summer made for excellent growing conditions, he said.

“Two weeks ago is when we really hit our busy season,” Miller said.

As for Hermiston watermelons, Jack Bellinger of Bellinger Farms said they also just finished up their busiest August ever. The mild weather actually delayed the start of melon harvest by several weeks, Bellinger said, but that seemed to have no effect on quality.

“It was a better than average year,” he said. “We’ve sent out quite a few loads for our Labor Day push.”

By sharing the Hermiston name, Matheny said he feels they’ve been able to help grow awareness for local agriculture as a whole.

“I think it’s kind of helped grow awareness of the versatility of commodities that can be grown in this area,” he said.