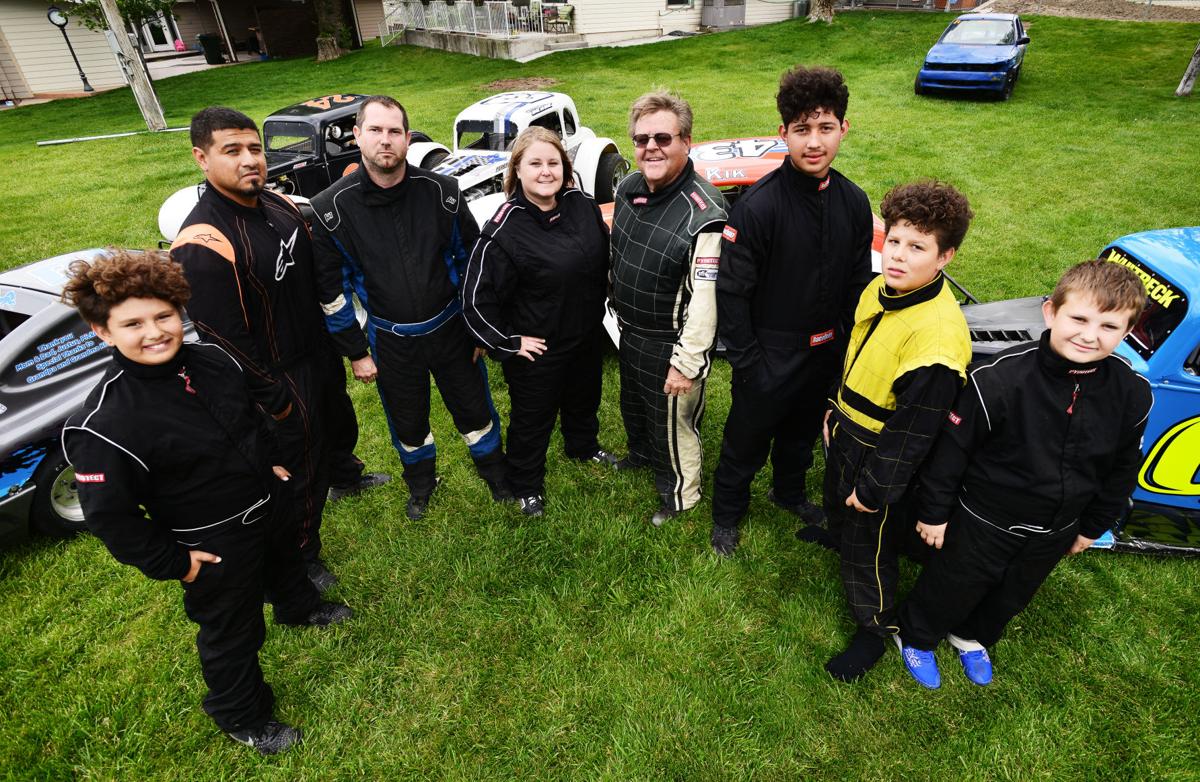 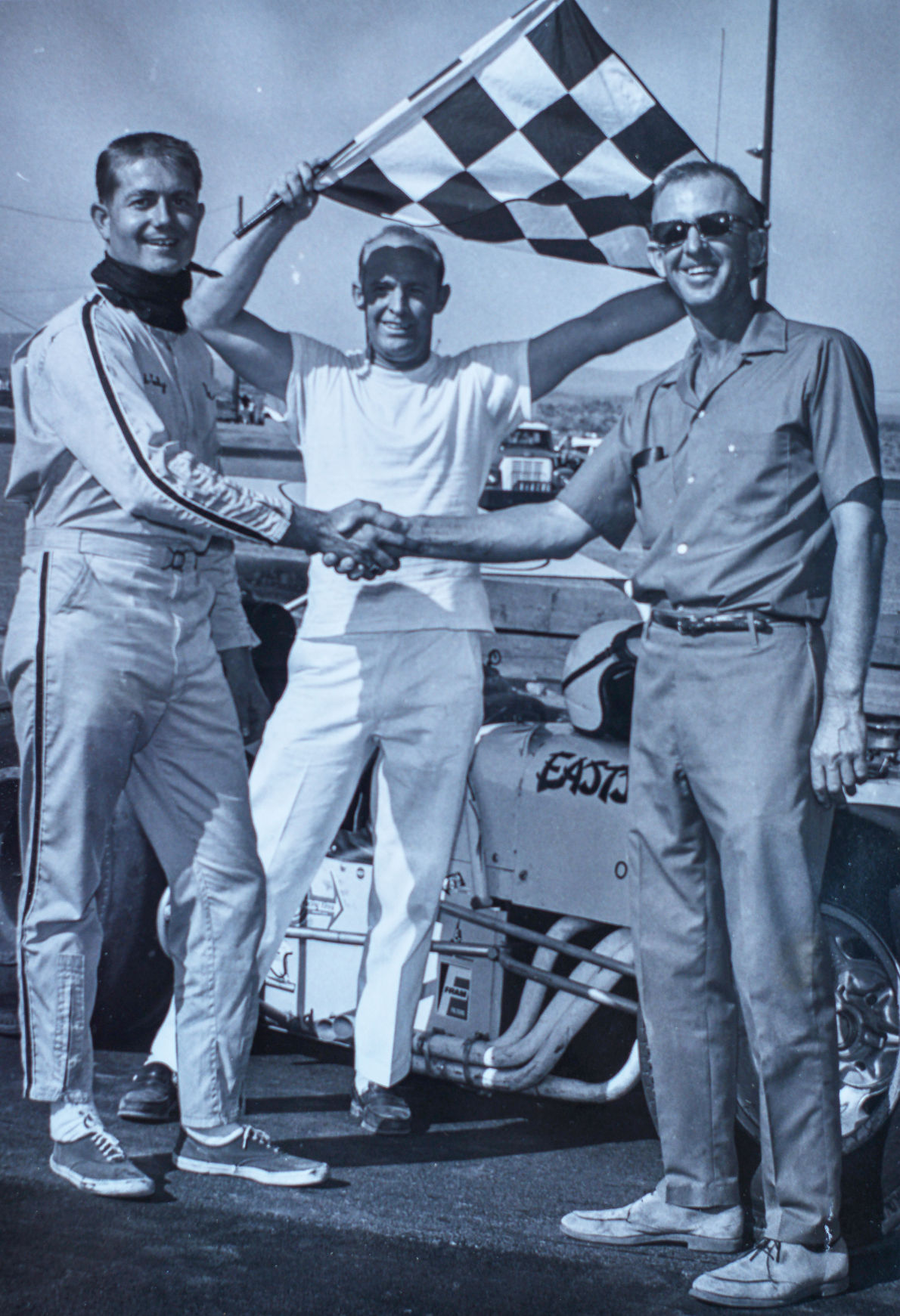 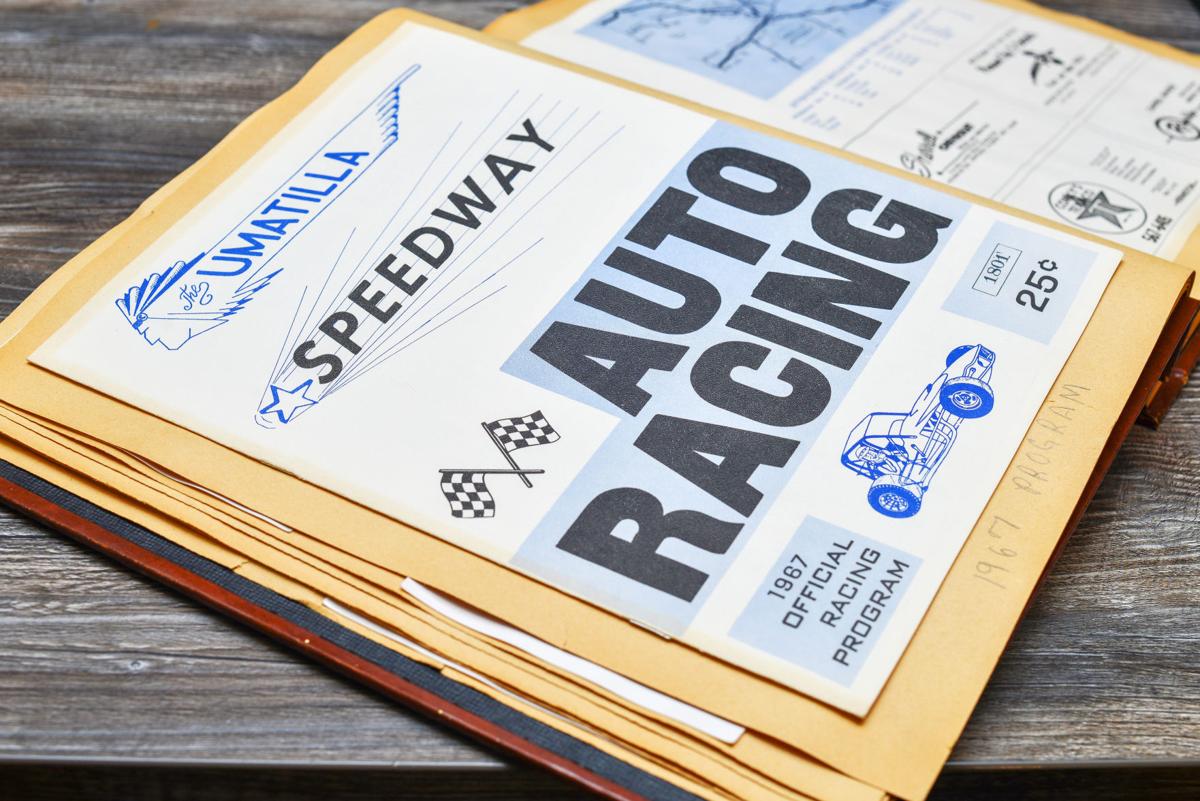 An original copy of the first race program from the Umatilla Speedway from 1967. 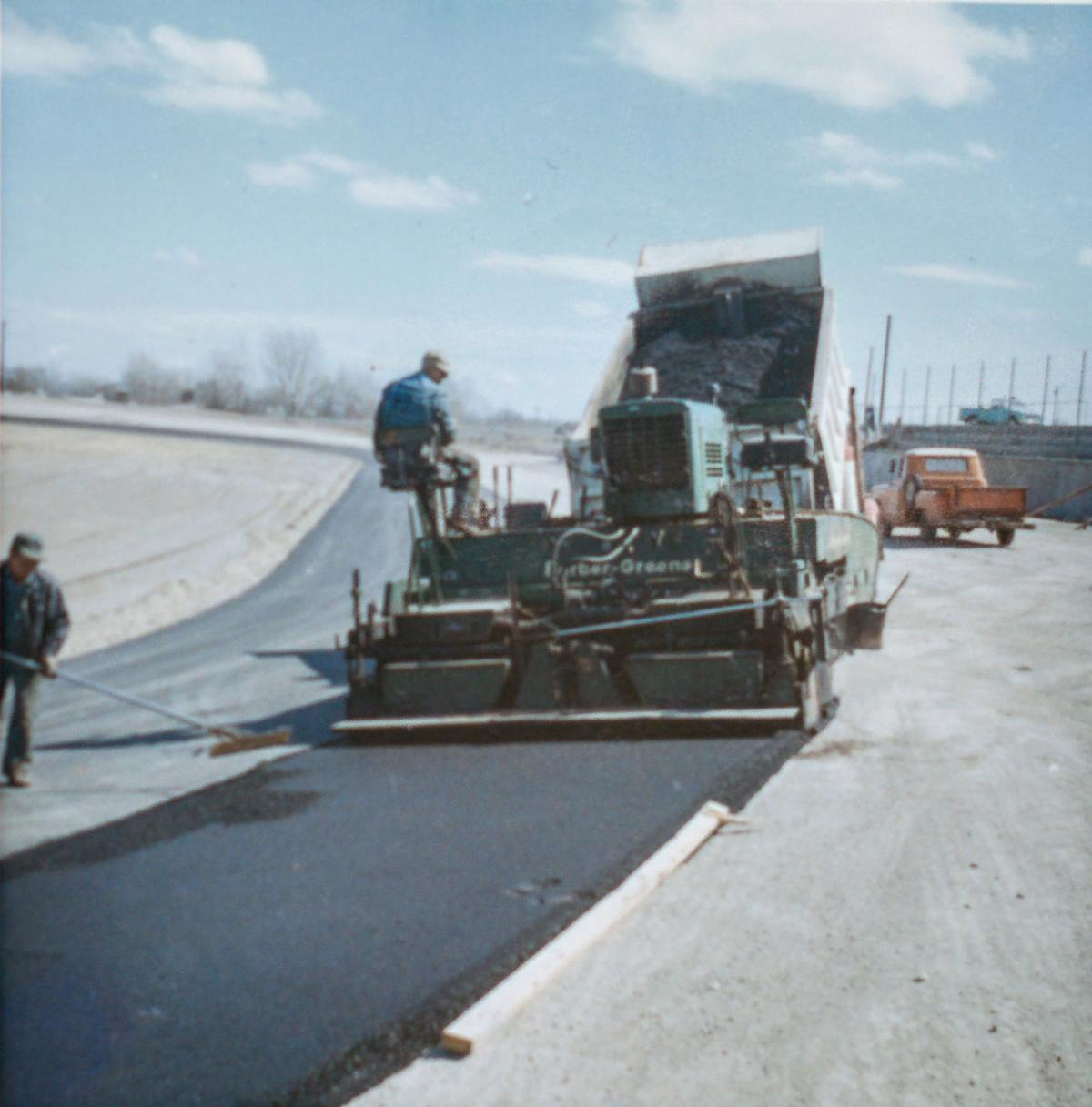 The Percey Jellum Contractors out of Pendleton lays asphalt on the first section of the quarter-mile oval at the Umatilla Speedway in April 1967 in Hermiston. 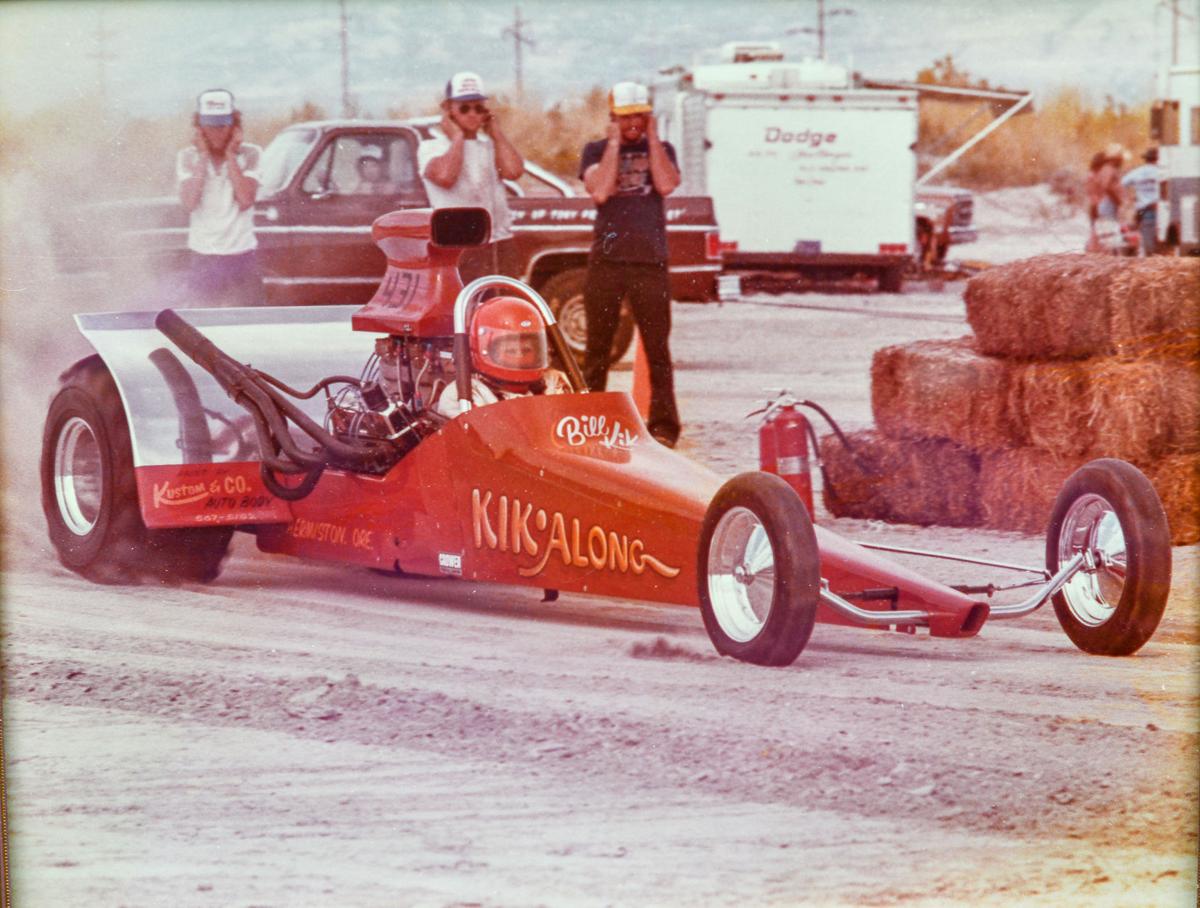 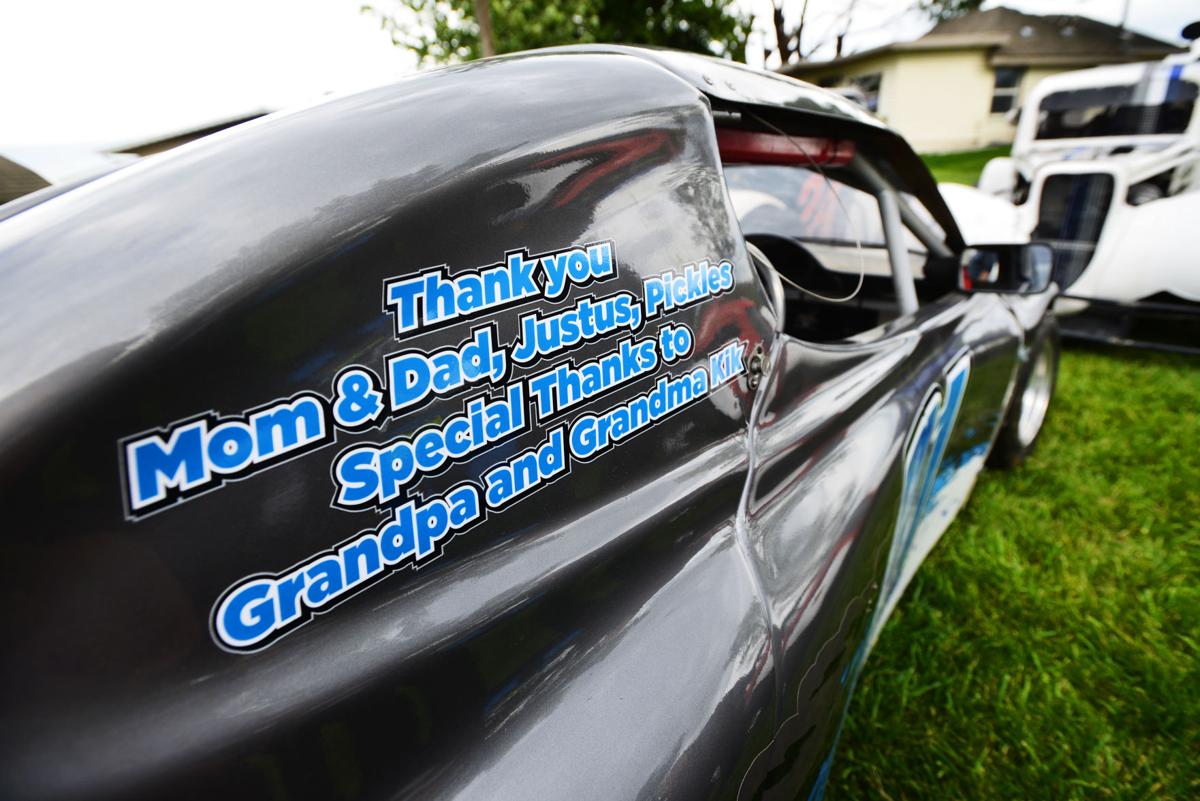 A decal on the back of Linkin Zamudio’s Inex Bandelero race car is a testament to family.

An original copy of the first race program from the Umatilla Speedway from 1967.

The Percey Jellum Contractors out of Pendleton lays asphalt on the first section of the quarter-mile oval at the Umatilla Speedway in April 1967 in Hermiston.

A decal on the back of Linkin Zamudio’s Inex Bandelero race car is a testament to family.

HERMISTON — As with so many days on the track, Bill Kik and his family were racing against time.

The family had assembled at the Kik compound north of Hermiston to take pictures for this story, but the dark clouds gathering above the property portended another late spring rainstorm.

The photo shoot averted disaster and Bill retired to his house, where he went over old pictures that helped tell the story of the neighboring property: the Hermiston Raceway.

Charlie and Pat Kik had kept meticulous scrapbooks filled with photos and newspaper clippings of the local racing scene and the development of the race track, and as their son Bill leafed through their pages, memories and old names started to come back to him.

Bill’s passion for racing was handed down from his parents, who developed the Hermiston race track after watching an auto race in Pilot Rock and envisioning the possibilities by their property just off of Highway 395, where Bill and his family still reside.

The track opened on April 30, 1967, as The Umatilla Speedway and it quickly built renown.

Bill said a TV crew from the Tri-Cities was on hand when Sheridan Dietz, a racer from Pendleton, got into a vicious crash. The collision briefly appeared in the opening montage of “ABC’s Wide World of Sports” before the program’s switch to color caused the producers to cut the footage out of the intro.

Bill added that stunt performer Evel Knievel stayed at the Kiks’ property when he performed in Eastern Oregon, and driver Tom Sneva raced in Hermiston before going on to win the Indianapolis 500 in 1983.

But in the early years of race track, there was one person audiences never saw participate in competitions: Bill Kik.

Although he participated in obstacle racing, sand drag racing, and hill climbs, Bill said his dad wouldn’t let him race on the track because he thought it was too dangerous.

He dropped racing as a hobby in the 1980s as he and his wife Bonnie raised their three daughters — Teena, Desirae, and Chelsea — and he worked his day job at Sanitary Disposal.

But Bill caught the racing bug in 2010 when he won a race track raffle that garnered him a legends car, a race car with a replica body shell powered by a motorcycle motor.

Bill not only got himself hooked, but spread his rekindled passion to his daughters, sons-in-law, and grandchildren.

The track has long since passed out of the Kiks’ ownership and its name has changed multiple times.

Bill said he helps out at the Hermiston Speedway where he can, but he and his family race at the track about a dozen times per year.

At 63 years old, Bill is sometimes asked when he’ll hang up his fire suit, but he has no plans at this point.

“Not ’til he’s done having fun,” Bonnie said.