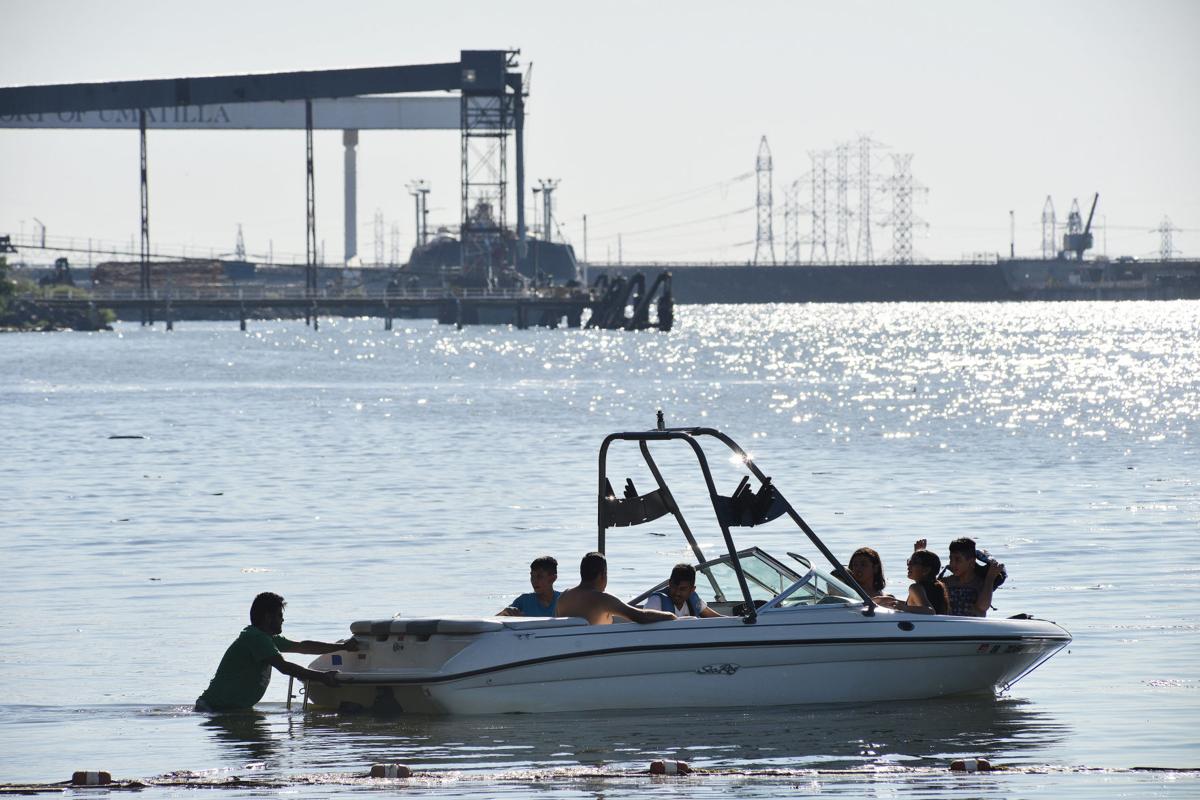 A man pushes a boat away from the shore of Lake Wallula on the Columbia River on Monday at McNary Beach in Umatilla. 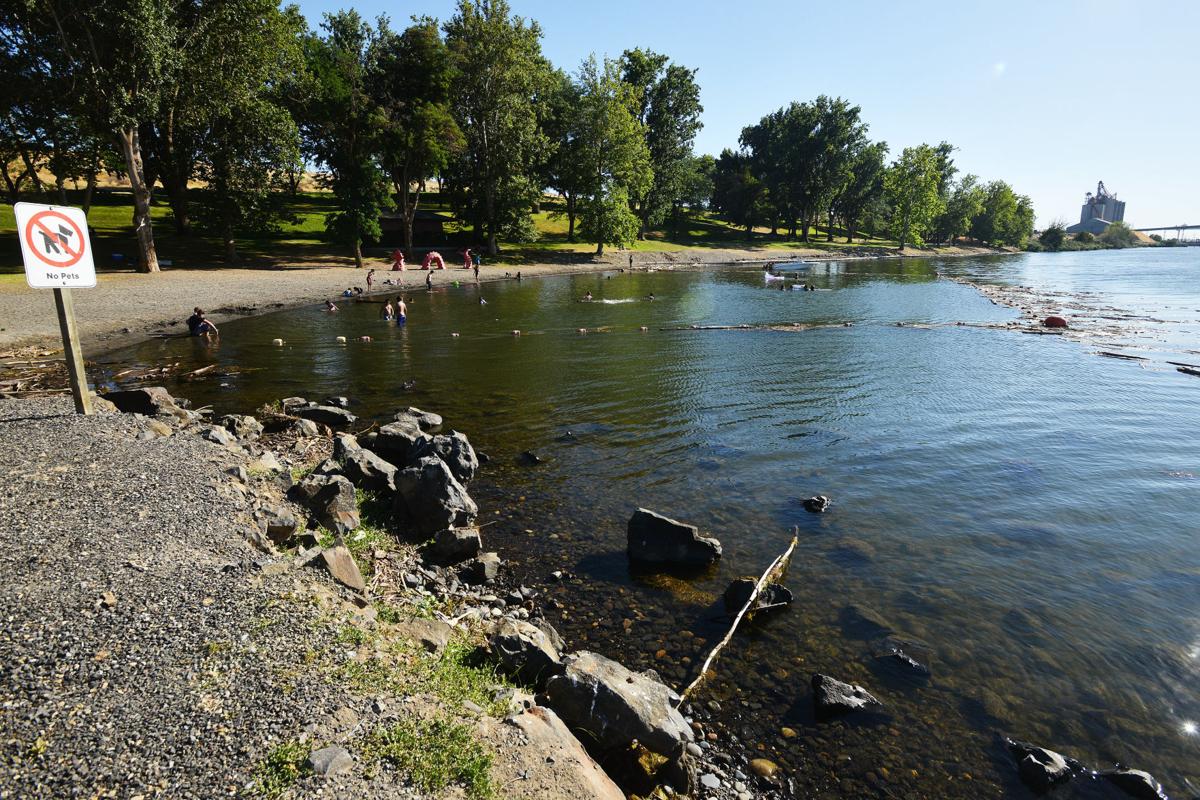 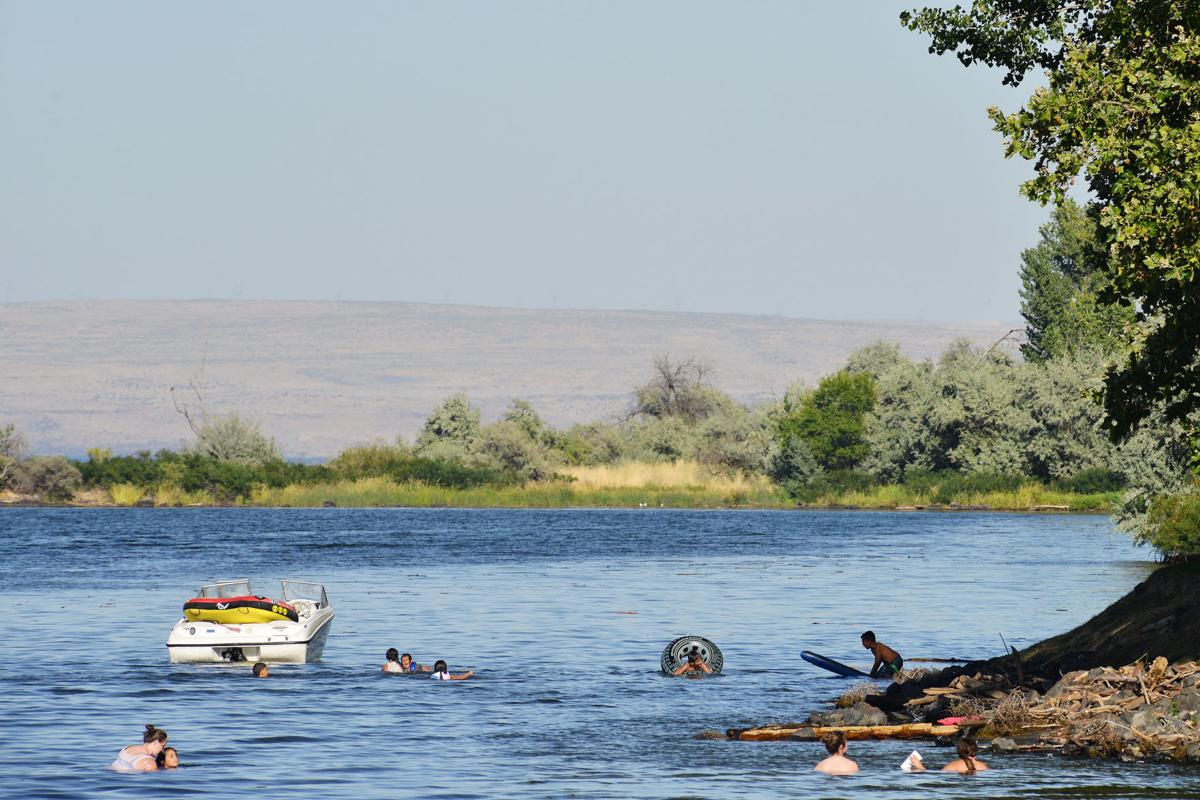 Children play in the Columbia River near McNary Beach on Monday in Umatilla.

A man pushes a boat away from the shore of Lake Wallula on the Columbia River on Monday at McNary Beach in Umatilla.

Children play in the Columbia River near McNary Beach on Monday in Umatilla.

Break out the fans and crank up the air conditioning — this week is gonna be a scorcher across the Columbia Basin.

Temperatures are expected to hover above 100 degrees in Pendleton and Hermiston beginning Tuesday, and may set record highs by midweek as a massive heat wave grips the Pacific Northwest. Jim Smith, meteorologist with the National Weather Service in Pendleton, said the two hottest days will be Thursday and Friday before temperatures gradually begin to drop back down into the high 90s over the weekend.

“We’ll be within a degree or two of the daily record,” Smith said.

Hermiston, on the other hand, is primed to break the record on both days. The forecast for Hermiston calls for 105 degrees Thursday and 107 degrees Friday, beating the record highs of 103 degrees and 105 degrees, respectively.

That intense heat has certainly caught the attention of local health and recreation officials, who are urging precaution when heading outdoors.

Dr. John Hitzman, a Pendleton physician and Umatilla County public health officer, said kids and the elderly are the most vulnerable to heat-related injuries. He emphasized the need to stay hydrated in such sweltering conditions, and no, alcohol and caffeine drinks do not count.

“Dehydration is the biggest danger people run into in the hot weather,” Hitzman said. “They may not realize how dehydrated they’re getting until it’s too late.”

When people become dehydrated, Hitzman said they may feel dizzy, lightheaded and eventually become delirious or pass out. It is important to monitor sweat losses closely, he said, and drink plenty of appropriate fluids to avoid a potentially life-threatening situation.

“Some people actually die from heat-related injuries,” Hitzman said. “When their body stops sweating, they’re already starting to get into some pretty big trouble.”

Hitzman also recommended people wear plenty of sunscreen and lightweight clothing if they plan to go outside, and take frequent breaks from direct sun exposure. Otherwise, Hitzman said people should stay inside especially during the heat of the afternoon if they don’t have to go out.

“There’s obviously a whole lot of common sense that has to take place,” he said.

On Monday, Oregon OSHA reminded employers in labor-intensive industries such as construction and agriculture to monitor their employees closely for any signs of trouble. Penny Wolf-McCormick, health enforcement manager for Oregon OSHA, said those workers need to be provided with drinking water and given shaded areas to take breaks in order to prevent heat exhaustion.

“Employers and workers in Oregon need to be especially aware of the dangers of working high heat,” Wolf-McCormick said in a statement. “That’s because workers here tend to be used to working in mild weather and are frequently not acclimated to this type of heat.”

If someone is suffering from heat exhaustion, the American Red Cross recommends moving the person to a cooler location, loosening or removing clothing, applying cool, wet towels and providing fluids such as a sports drink to restore both water and electrolytes. If the condition worsens or the person loses consciousness, call 9-1-1 immediately.

Tom Roberts, Umatilla County emergency manager, said his office will be sponsoring a number of misting fans at next week’s Umatilla County Fair in Hermiston to keep the crowds cool. As for this week’s triple-digit onslaught, he is urging people to heed the warnings and protect themselves.

“We’re not taking the heat lightly,” Roberts said. “Extreme heat causes a lot of death each year. By simply taking some precautions when the temperatures start to rise, you can mitigate a lot of that.”