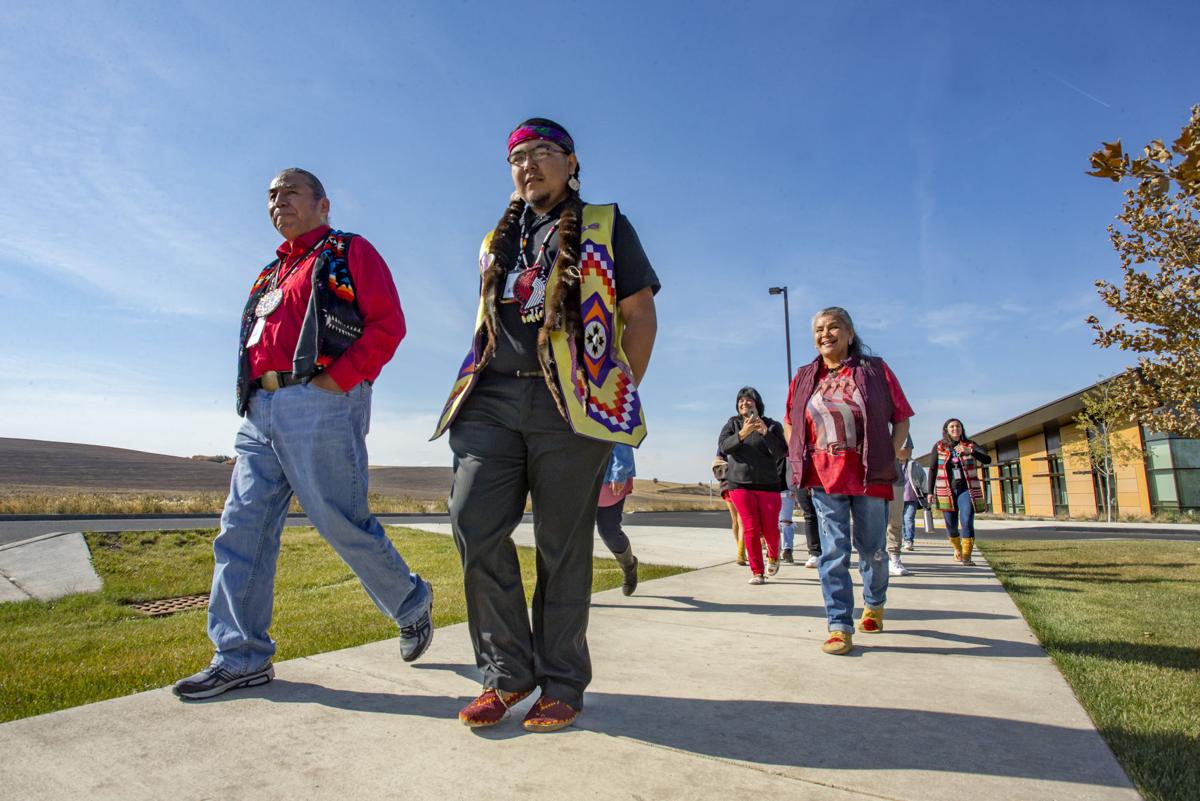 A small group of Yellowhawk Tribal Health Center staff and community members gather in the Teekinteekin Outdoor Area at Yellowhawk for a smudge for healing on Monday morning. 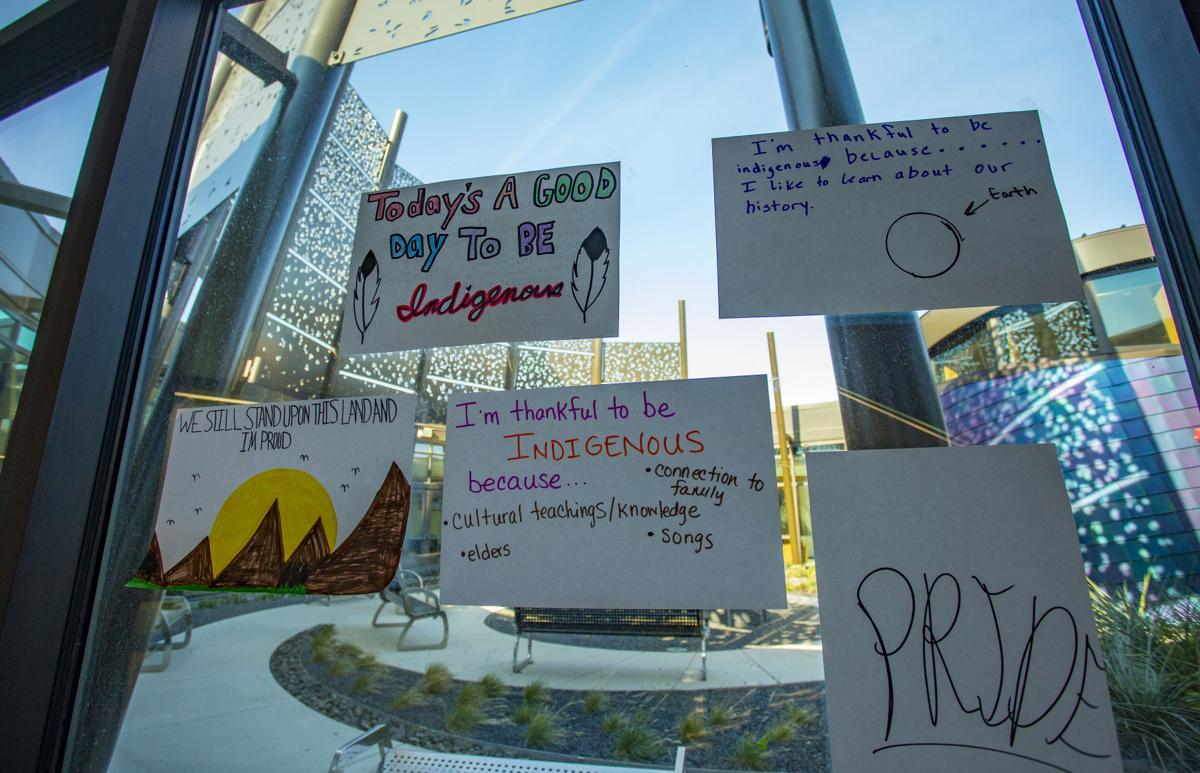 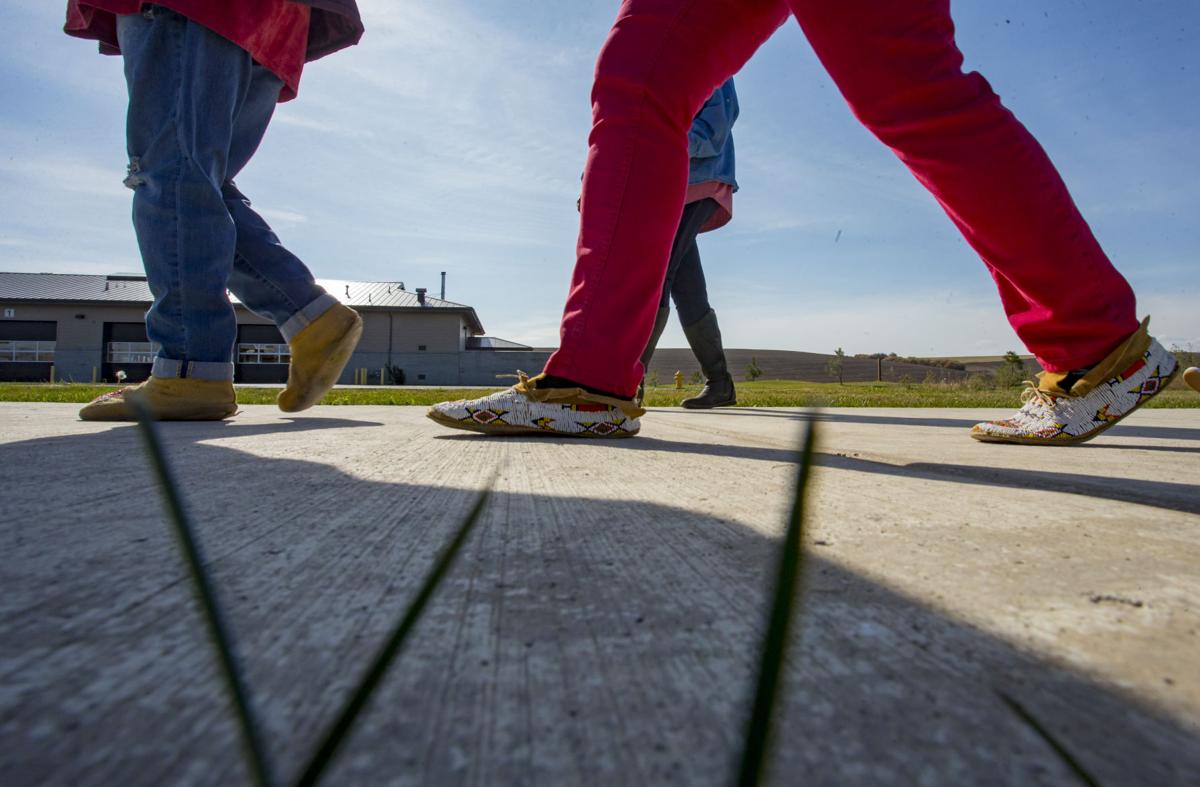 A small group of Yellowhawk Tribal Health Center staff and community members gather in the Teekinteekin Outdoor Area at Yellowhawk for a smudge for healing on Monday morning.

MISSION — With the United States Post Office and many other federal organizations closed in celebration of Columbus Day, Oregonians and those in numerous other cities and states around the United States held events in recognition of American Indian heritage for Indigenous Peoples Day.

Yellowhawk Tribal Health Center welcomed staff and community members Monday morning for an Indigenous People’s Day recognition event. The event, which involved a smudge for healing and a “Walk ‘n’ Talk in our Mocs,” gathered approximately two dozen people throughout the morning at Yellowhawk’s campus.

Smudging is the ceremonial burning of sacred herbs for the purpose of the healing, cleansing or blessing of an individual or group.

Kelsey Burns, an alcohol and drug addiction education program coordinator at Yellowhawk, opened the morning with a song and prayer in the Teekinteekin Outdoor Area at Yellowhawk. Elsewhere in the building people could be seen in moccasins and other traditional regalia as they went about their day.

Burns said that to him and many others Columbus Day has long represented the breaking apart of the indigenous community and the celebration and recognition of Indigenous Peoples Day in Oregon is restorative.

“We are strong, resilient and we are there for each other,” said Burns. “From all our trauma we fight forward and watch the restoration spread like wildfire.”

Oregon Gov. Kate Brown signed a proclamation in September declaring Oct. 14, 2019, Indigenous Peoples Day. The proclamation outlined the multitude of contributions made by indigenous people and the ways that they have “substantially shaped the character of Oregon.”

Former Happy Canyon Princess Tayler Craig, who was present at the morning’s events, said that Indigenous Peoples Day offers an opportunity to educate youth about their culture in schools and at home. Craig recalled growing up and learning about Christopher Columbus in schools in a way that glorified him. She spoke of the divide that occurred when they were told to celebrate Columbus at school but despise him at home.

“For the day to be changed and for us to teach others what we have known feels like finally being recognized as a people,” Craig said. “I hope as a stronger people we help others to find that strength.”

Craig went on to explain that while Oregon and several other states defining Columbus Day as Indigenous Peoples Day is an impressive start, there is still more to be done. She said that she hopes those on the East Coast and other places where settlers destroyed indigenous culture can find ways to regain and celebrate their heritage.

For Fred Hill, a Umatilla language, drum and dance teacher at Nixyaawii Community School, Indigenous Peoples Day signifies the shift in learning and understanding of indigenous history. Hill recalls, when he was younger, not realizing who Columbus truly was or what he had done to indigenous people. He says that the changing of education has helped youth to realize and be proud of their culture in a way that wasn’t common before.

“To have that realization that we have always been here is powerful,” Hill said. “It’s unfathomable to think that we have been here even prior to our treaty and prior to the so-called discovery of the country.”

Hill credits the shift in recognition to the internet and wider teaching and acceptance of indigenous cultures. He says that the day provides an excellent education opportunity for everyone.

Ben Lonergan is a photojournalist covering Umatilla and Morrow counties for the East Oregonian. Contact him at blonergan@eastoregonian.com.