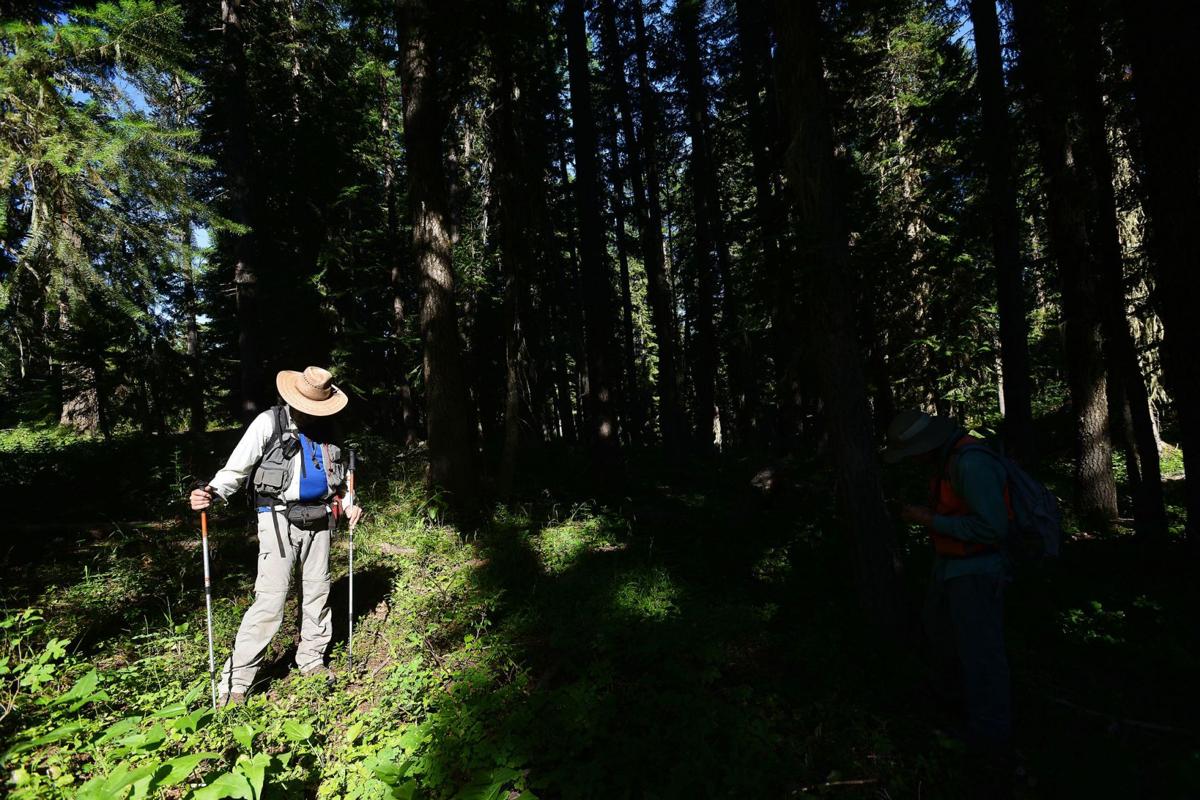 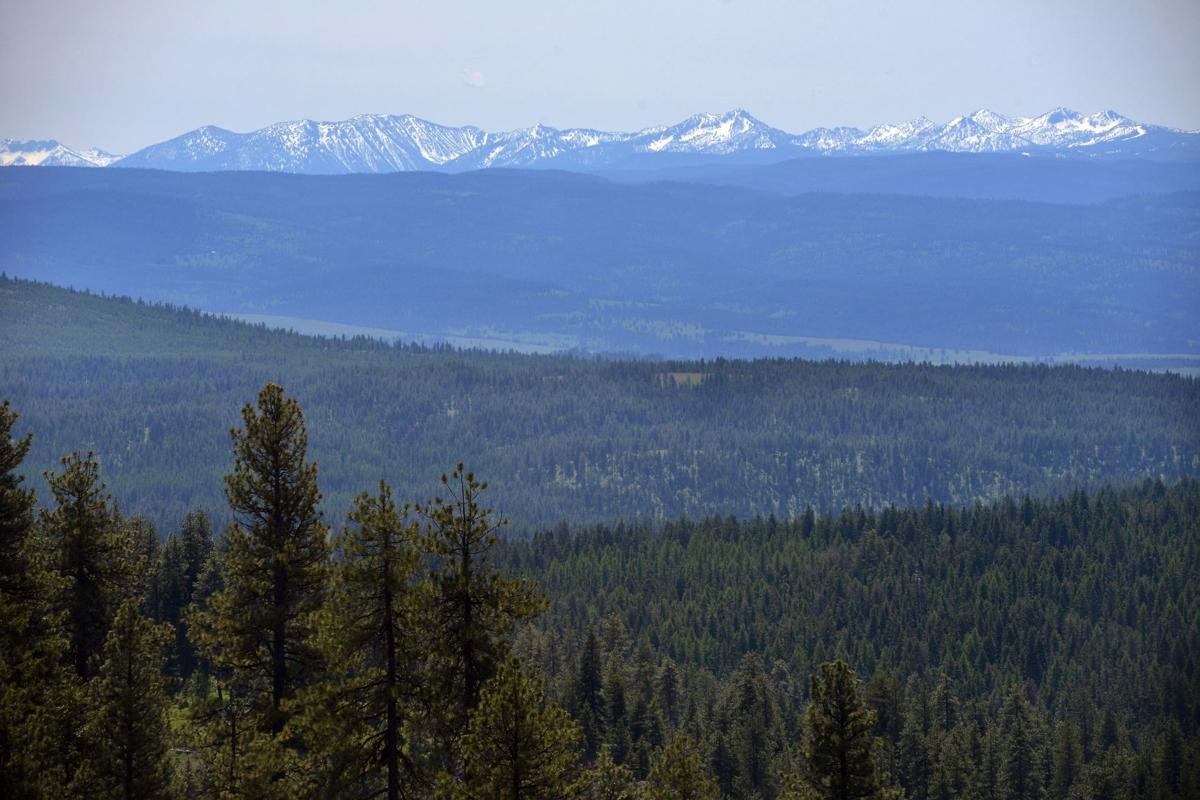 The U.S. Forest Service's proposed management plan for the Blue Mountain National Forest has drawn concerns for forest advocacy groups throughout the region. 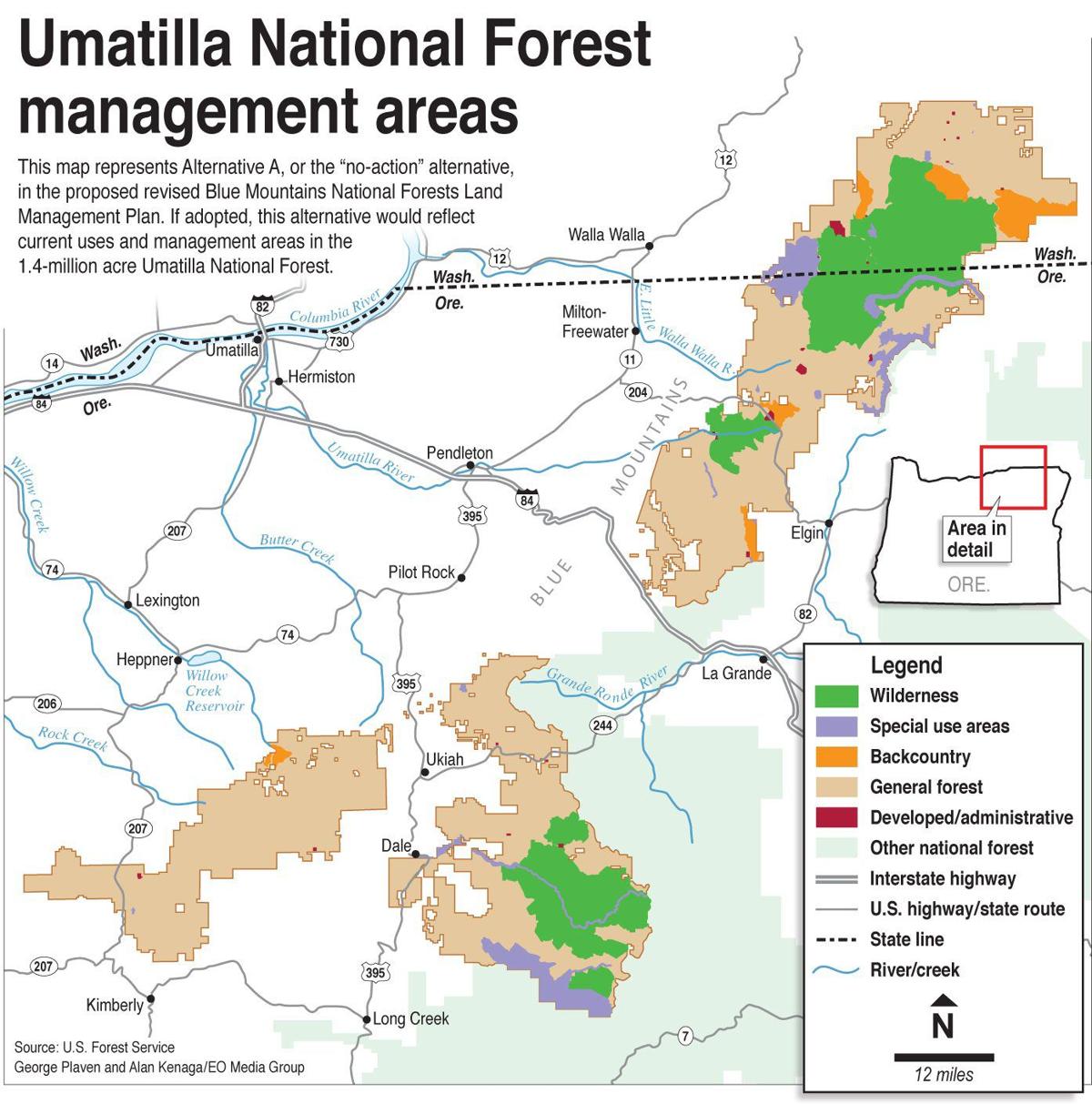 The U.S. Forest Service's proposed management plan for the Blue Mountain National Forest has drawn concerns for forest advocacy groups throughout the region.

Most of the feedback was less than positive.

Consider, for example, the sharp rebuke from Forest Access for All, which panned the proposal as “a recipe for failure,” or the Eastern Oregon Counties Association, which rejected each of six plan alternatives as “unfounded.”

“Folks weren’t really happy with where we were,” said Kevin Martin, supervisor on the Umatilla National Forest. “The question is: ‘Where do we go, and how do we get there?’”

With support from the Pacific Northwest Region Office, the Forest Service is now taking a step back to re-engage with Eastern Oregonians before moving forward on a new plan that will guide land management on the Umatilla, Wallowa-Whitman and Malheur forests for the next 10-15 years.

About 40 people attended a recent meeting at the Umatilla forest headquarters in Pendleton to discuss how they can reconcile the multitude of interests — everything from conservation to timber and recreation — and come up with a balanced solution that works for everyone.

That’s no easy task. All together, the Blue Mountains National Forests make up 4.9 million acres of prime hunting, fishing and hiking trails, while also providing logs for the local mills and habitat for a variety of wildlife.

Yet officials and advocates left the meeting on Jan. 8 with a newfound sense of optimism. Grant County Commissioner Boyd Britton even issued a rare compliment to the Forest Service.

“I think we really plowed through some new ground,” Britton said following the meeting. “We have the opportunity to have a really, really big-time impact on our plan.”

What comes next, Martin said, is still up in the air. It could mean modifying one of the agency’s alternatives, or crafting an entirely new proposal.

The Forest Service was on schedule to select its final plan by April 2016. Instead, it will continue reaching out for ideas on how to solve difficult issues.

“As long as we’re moving in a positive direction, I think we’ll get the time,” Martin said.

The forest plan does not make any project-level decisions. Rather, it is a strategic documents that identifies desired conditions and objectives. It must also follow federal laws, such as the Wilderness Act and Clean Water Act.

The goals of the plan are three-fold: to promote social, economic and ecological well-being.

“There’s a variety of ways you can lay out a plan,” Martin said. “We want people to work with us, be creative and work together.”

The Blue Mountains are an integral part of the lifestyle in rural Eastern Oregon. Outdoor recreation is a major draw, not only for residents but for visitors from across the country.

According to figures from the National Shooting Sports Foundation, 196,000 people hunt in Oregon every year. Of those, 15,000 come from outside the state. All together, they spend $248 million annually, supporting 3,700 jobs.

One of the top concerns in the forests is maintaining an appropriate road system that provides access while protecting sensitive habitats. In its proposed plan, the Forest Service claims the current road system is not sustainable, given the level of funding and growing backlog of maintenance needs.

Art Waugh, a member of the John Day-Snake Resource Advisory Council representing recreation interests, said the proposal appears to set the stage for road closures, setting aside more land that could be more productively managed.

“Once we see what the forests want to do on a project level, that’s when we’ll have to fight for what we can get,” Waugh said. “I would like to see the maximum access available, within sustainability guidelines.”

Forest Service figures show the three forests are already growing at a rate of 791 million board feet per year. Critics of the proposed forest plan say it is too passive to keep up with the overgrowth.

“The forests aren’t simply a tree farm. They’re disturbance-driven,” Webb said. “You’ve increased the fuel loads so much, that when a fire comes through, it doesn’t do what it used to do. It just wipes everything out, and destroys the ecosystem.”

Boosting active management would benefit not only the ecosystem, but the rural economy as well.

Zach Williams, a consultant with Iron Triangle Logging in John Day, said the target remains low when compared to forest growth. By itself, Iron Triangle delivers 20-30 million board feet to mills each year.

Furthermore, a study by the American Forest Resource Council and Associated Oregon Loggers shows mills need to harvest 247-335 million board feet per year from the Blue Mountains forests just to sustain current infrastructure.

The wood is there, Williams said, if they can agree on a forest plan that encourages enough logging.

“My feeling is it has to do with existing budget restraints under the Forest Service,” he said. “What we’re saying is: ‘Let’s set a goal we want to attain, and work backward from there.’”

Boise Cascade, a large paper and wood products manufacturing company, operates five mills in Eastern Oregon. Inland Region Manager Tom Insko previously said four of those facilities have cut down to a single shift based on the amount of raw material they are able to harvest from the woods. If they could add those shifts back, it would mean 180 new jobs.

Lindsay Warness, a collaboration specialist with Boise Cascade, said only 10 percent of their timber comes from the national forests. She said the proposed plan is based on outdated science that doesn’t suit the needs of the forests or the communities.

“We need to see an increase in the ability to harvest timber off of federal forest lands,” Warness said. “We’d like to see the industry expand a little more.”

The forests, however, aren’t only for people. A vast array of plants and animals call the forests home, including old-growth trees and some endangered species.

The preferred forest plan alternative calls for 91,000 acres of wilderness among the three forests. Oregon Wild, a group that describes itself as a leader in the conservation of roadless areas on the national forests, says it has identified 1.8 million acres of suitable wilderness.

Erik Fernandez, the organization’s wilderness coordinator based out of Bend, said the proposed plan is far from the middle ground.

“In our view, it’s a two-way street,” Fernandez said in an email. “There is going to be some logging that happens on these forests, but there has to be some increased protections for our last great wild places.”

Decades of under-management have left the forests damaged, Klavins said, though the Forest Service should be careful not to swing the pendulum too far toward over-logging and clear-cuts.

“What makes this place special are those areas that aren’t criss-crossed by roads,” he said. “Those areas are ever more important, and worth protecting.”

As for the state, departments in charge of wildlife and forestry say they will provide whatever expertise they can to strike the right balance moving forward.

Bruce Eddy, east region manager for the Oregon Department of Fish & Wildlife, said the real nitty-gritty will come down to specific projects once the final plan is in place. He is confident sides will settle on the right strategy, and said the Forest Service has taken an encouraging first step by doubling down on its level of engagement.

“There’s a perspective out there that this plan is terrible, and needs to be thrown away. I don’t think that’s necessarily the state’s perspective,” Eddy said. “I just think there’s ways to work things out. I’ve seen it happen before, and I don’t see any reason why it can’t happen again.”