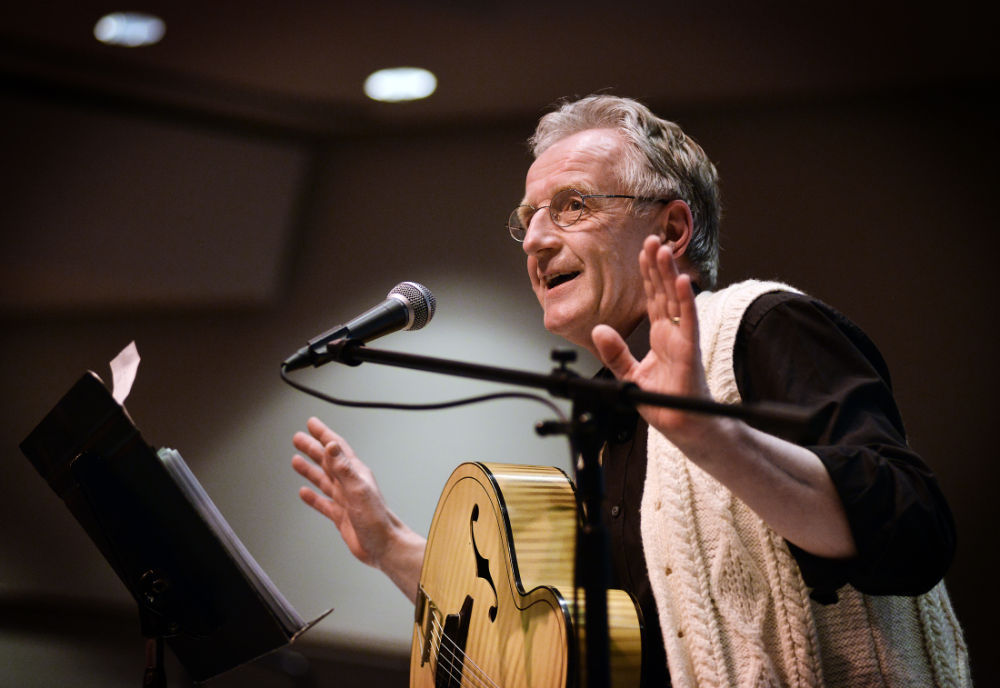 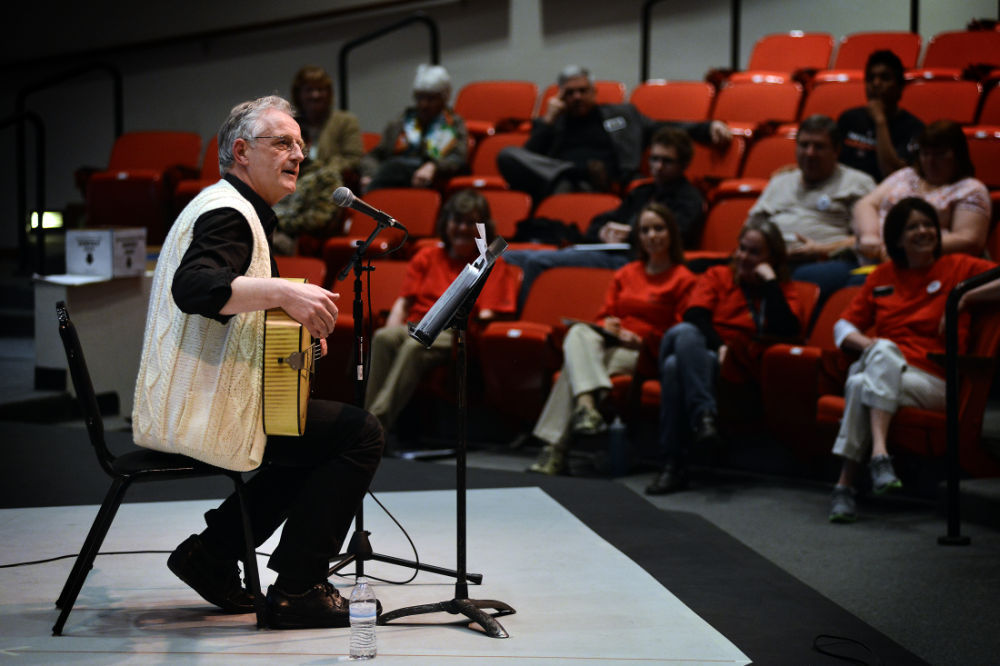 <p>International storyteller Declan Forde tells stories that celebrate his Irish roots from the County Tyrone where Forde grew up and currently resides.</p>

<p>International storyteller Declan Forde tells stories that celebrate his Irish roots from the County Tyrone where Forde grew up and currently resides.</p>

If you ask Declan Forde what nudged the art of storytelling out of the mainstream, he likely would give you a one-word answer  electricity.

The Irishman said storytelling is best done by the light of oil lamps or in the dark, far away from television and the iPhone. Once upon a time, storytellers, poets and musicians gathered regularly in homes to trade tales and tunes.

Now, Forde said, storytellers are something of a rarity.

We are the burning embers of a way of life, he said.

The storyteller, however, seemed far from gloomy as he wove his tales Monday during the Blue Mountain Community College Arts & Culture Festival. In the Bob Clapp Theater, the Irishman sat with his guitar and told stories populated with intriguing and often flawed characters.

He translated his Irish as he went and introduced himself poetically.

Im a teacher by occupation, a poet by inclination and a pauper by circumstance, he said.

Forde, who will appear tonight at the EO Forum, flew 13 hours from Ireland to New York City before heading to Pendleton. If youre not quite sure where Ireland is, hell tell you its on the outskirts of Europe.

The verbal arts are encouraged and appreciated, he said. Stories are used in a gentle way to poke fun at someone with no malice or cruelty intended.

Though both his parents are gone now, Forde imagines them in the audience.

My mother had a great sense of humor, he said. I like to think shes out there laughing.

Forde said he gets some of his ideas from looking at old photographs and letting his imagination roam free. Monday, a black-and-white photo of a seemingly happy newlywed couple became a tragic tale of domestic distress ending with a funeral mass. In another, a bookies assistant in a gabardine coat, cap and baggy pants swaggered through the shadows, stopping to cheer up a mournful teenager with a soft shoe shuffle and a song, which Forde sang.

The father of four said he has evolved as storyteller. Though he penned verse from his boyhood, it took a while to gather the courage necessary to share them during sessions. Dutch courage finally gave him the nerve. These days, no whiskey is necessary.

If youre looking for the fanciful, Forde might not be your guy. This storyteller avoids the Hollywood version of his country, a place where leprechauns abound and people wear green, and sticks to a more realistic cast of characters with names such as Murphy and ONeil.

Forde taught art and drama for 30 years to 11- to 18-year-olds in Northern Ireland. Now, when hes not telling stories, he works with adults who have mental health issues.

Today at noon in the theater, Forde will talk about the storytelling tradition in Ireland. Tonight in Room 200, Science and Technology building, Forde will bring Ireland to Oregon with stories and images during the EO Forum with Irish Story teller: Behind the Half Door. He will appear again Wednesday and Thursday at 11 a.m. in the theater.