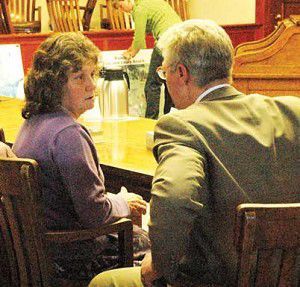 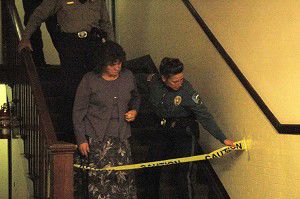 After being comforted by her attorneys, Wes Williams and Milo Pope, and family members, a tearful Dunning was taken into custody and transported to the Union County Correctional Facility in La Grande to await sentencing.

"The jury took the evidence and came back with a just verdict. That's how the system works," said Wallowa County District Attorney Mona Williams. She was assisted in prosecuting the case by attorney Scott Jackson of the Oregon Attorney General's Office.

Williams said the attempted murder conviction carries a maximum of 90 months in prison, while there is a maximum 70-month sentence for the assault charge.

Dunning's attorneys indicated that they intend to appeal the conviction.

"I was disappointed and surprised. I thought she was blameless," said Pope, a former Baker County judge.

"We have grown very fond of Donna and we know she is not guilty. We also know that the justice system is not perfect , but it's the best we have," said Wes Williams, who added that he did not fault the jury.

"We're going to look at every possible avenue to get her freed," the defense attorney said. He added on appeal they would argue that evidence that Judge Phillip Mendiguren ruled to be excluded should have been heard in the case.

The district attorney asked that Dunning be taken into custody immediately after the trial because she had been convicted of two Measure 11 crimes.

The judge ultimately agreed with that recommendation, despite Wes Williams' plea that she be allowed to be free until sentencing. "She's been a model releasee for the past two years," he said. "She's not going anywhere."

After the verdicts were handed by the jury foreman and read by the judge, Pope requested that the jurors be polled, which they were done by a written form. The verdict was 10-2 for attempted murder (all that is necessary) and unanimous for assault in the second degree.

The jury received the case about 4 p.m. Monday and shortly after 9 p.m. was sent home for the night. Jurors resumed deliberations at 9 a.m. Tuesday and reached their verdict that afternoon.