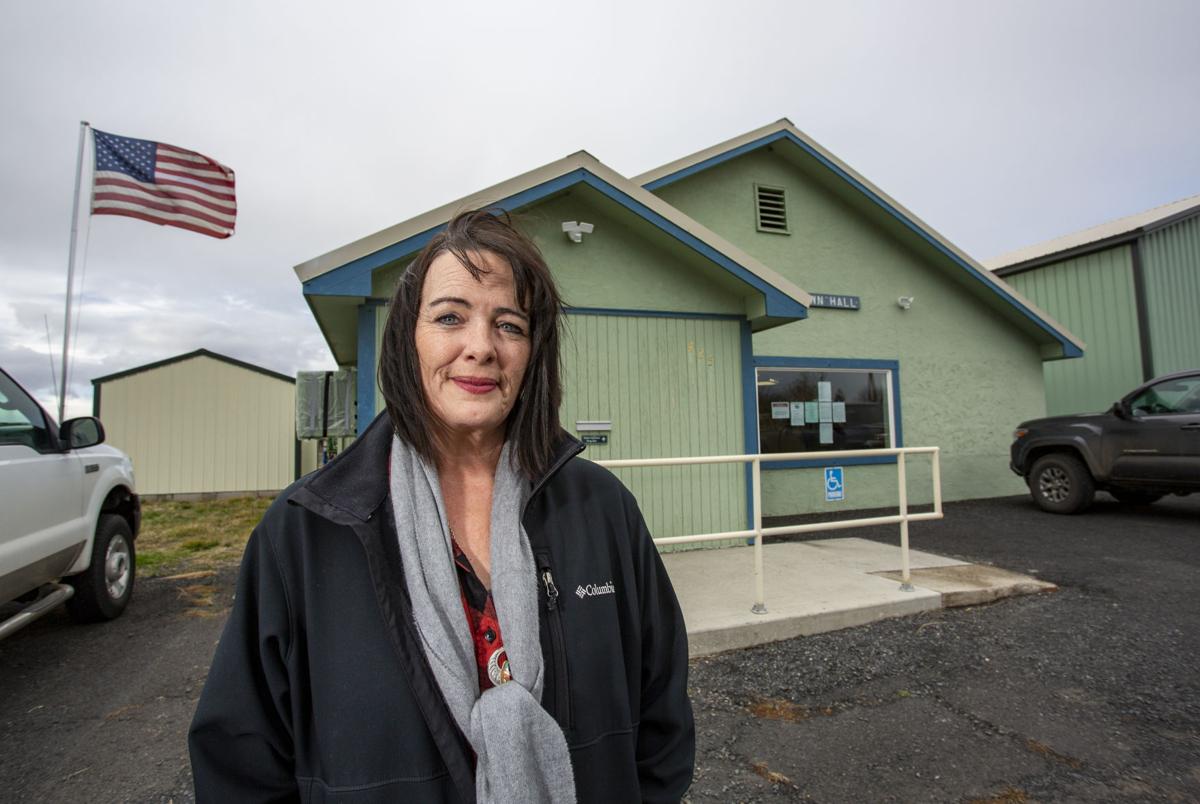 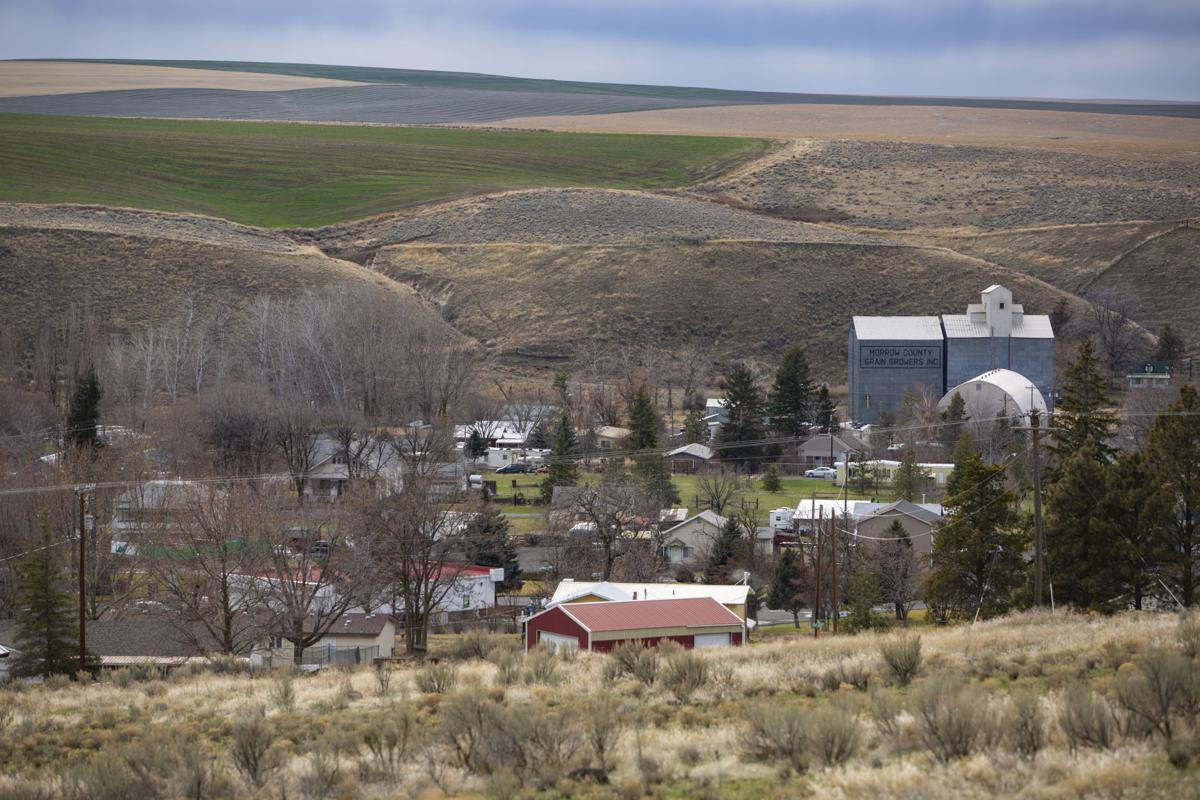 The town of Lexington recently passed a “Second Amendment Sanctuary Ordinance” aimed at protecting Second Amendment rights as they currently stand even under changes to state or federal law.

The town of Lexington recently passed a “Second Amendment Sanctuary Ordinance” aimed at protecting Second Amendment rights as they currently stand even under changes to state or federal law.

LEXINGTON — While the possibility of new gun control laws dominates national conversation, town councilors in a rural Morrow County community are rejoicing over the town’s recent passage of a Second Amendment sanctuary ordinance.

The Heppner Gazette-Times reported that after reading the ordinance, Kennedy said “the state of Oregon is coming after your guns.”

“I think this being brought forward was not a light thing to be done, and it wasn’t a knee-jerk response. Legislation was possibly headed down the pipe,” Kennedy told the East Oregonian.

Kennedy said she wasn’t sure of any state legislation in the works that would threaten the right to keep and bear arms.

Kennedy was appointed in December after Marcia Kemp resigned from the position, claiming city councilors “illegally stopped” her from fulfilling her mayoral duties and made decisions outside of public meetings.

Town Councilor Bill Beard said the ordinance was inspired in part by armed protesters in Virginia who eventually flooded the Virginia Capitol by the thousands to oppose recent pledges from the newly Democratic super-majority to pass more gun control laws — from universal background checks to a semiautomatic weapons ban.

“We don’t agree with the agenda to disarm the American public,” he said. “It’s actually pretty simple. There is an attempt to take away Second Amendment rights, and we’re just protecting them.”

Beard referred to the ordinance as “preliminary” against future state and federal laws that might bear gun restrictions in multiple categories — additional taxes and fees, registration and tracking, confiscation, prohibition or regulation of non-fully automatic firearms and prohibition of ammunition or accessories.

The ordinance refers to those potential future laws as “unlawful acts” that will be considered invalid in the town of Lexington starting in the middle of February.

In Salem, conversations are bubbling about legislation that, if passed by lawmakers or by voters, would set requirements on gun storage, and on reporting a firearm missing within a certain time frame.

It’s that kind of talk that Beard says the people of Lexington don’t want to entertain.

“I firmly believe in the safe handling of firearms,” he said. “When you criminalize these things, you’re criminalizing a lot of gun owners who are law-abiding citizens.”

Morrow County Commissioner Don Russell said that about five years ago, commissioners passed a resolution expressing countywide support of Second Amendment rights. He added that there aren’t currently any state laws the county would decline to enforce.

That, he said, is up to Morrow County Sheriff Ken Matlack.

“I think the sheriff has a lot of flexibility over what he enforces and doesn’t enforce,” he said.

Matlack expressed concern over the possibility of a safe storage law, or other laws that might affect gun owners. He said gun storage requirements would defeat the purpose of having a weapon during an instance like home invasion.

“If a (law) was obvious enough to be a violation of the Second Amendment as it was written, I would be concerned over defending my oath to protect and defend,” he said.

In 2018, Matlack voiced his opposition to an initiative petition that would ban semiautomatic weapons. In a letter posted on Facebook, he compared the possible regulation to preemptive actions of oppressive governments, including Nazi Germany and Stalin’s Russia.

Lexington council members have yet to reach out to Matlack about the ordinance, which states that any peace officer may enforce the ordinance.

Matlack said without a contract, the Morrow County Sheriff’s Office is not responsible for enforcing an individual town or city ordinance.

“If the (town) of Lexington wanted a contract for some city ordinances, I would consider it,” he said.

Heppner and Irrigon both have contracts with the sheriff’s office to aid in code and ordinance enforcement. Matlack said if the county were to take on a sanctuary ordinance, his office would also work to support that decision.

“We have not considered it. Probably because nobody has brought it up, and I suspect somebody will,” he said.

“I’m a little bit hesitant to do these ordinances. It gives us a voice, we already have the ability. To sign on and say we are a sanctuary could weaken that voice,” he said.

And while the county doesn’t appear to be signing up for sanctuary status anytime soon, Kennedy said some constituents from Heppner have approached her with interest in bringing a similar ordinance to their own city.

She said when the town council passed the ordinance, some people questioned the effectiveness of such a move.

“We don’t want someone coming in and taking our guns,” she said. “It’s a matter of a starting point, coming together as a community to let people and other communities know our stance. There’s power in numbers.”

Editor's note: A previous version of this story misstated where protestors congregated to advocate for Second Amendment rights. It was the Virginia State Capitol.

PENDLETON — As the Oregon Legislature begins this week in Salem with potential to enact stronger gun control laws, voters may again get the ch…

The 2nd Amend is a RESTRICTIVE amendment. It states such in the Preamble to Bill of Rights. the 2A does not grant nor convey any right, but RESTRICTS and PROHIBITS the government from infringing upon this enumerated, pre-existing, God given right.

Our rights, written BEFORE the Constitution, are unalienable and are endowed from our CREATOR – not our legislators, not our government and certainly not from the United Nations and their attempt at gaining control.

Oregon Constitution - Section 27. Right to bear arms; military subordinate to civil power. The people shall have the right to bear arms for the defence [sic] of themselves, and the State.

Puts a smile on my face. No one can claim there aren't good people left in OR.