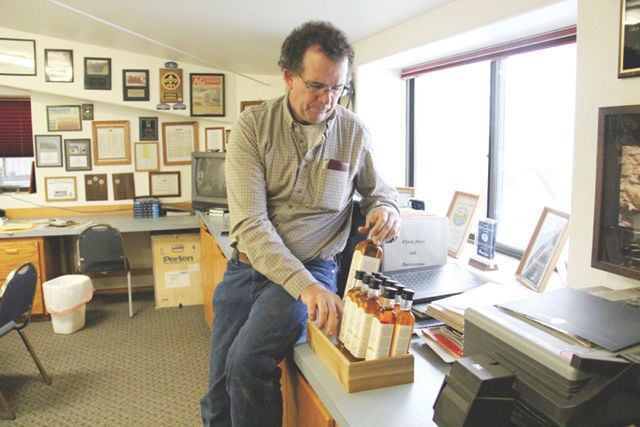 <p> Kent Madison of Family Generation Foods shows off a display of their canola oil at the company's facility outside Echo.</p> 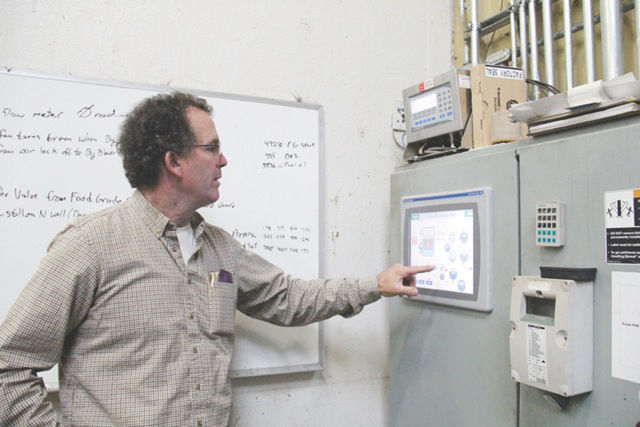 <p><span>Kent Madison of Family Generation Foods demonstrates the fully automated system that processes rapeseed into canola oil at the company's facility outside Echo.</span></p>

<p> Kent Madison of Family Generation Foods shows off a display of their canola oil at the company's facility outside Echo.</p>

<p><span>Kent Madison of Family Generation Foods demonstrates the fully automated system that processes rapeseed into canola oil at the company's facility outside Echo.</span></p>

Portlanders could get a taste of a new Echo canola oil in the coming months as a popular late-night destination tries a local farms product.

Kent and Laura Madison of Family Generation Foods are putting their new brand of canola oil to the test this week during a tasting sponsored by Oregon Oils, a recycling firm that promotes local products.

The Potato Champion food cart in Portland will try out the oil to see if it measures up to consumer taste buds. The Madisons are counting on their oil exceeding expectations and dispelling the notion that canola oil is a bland, colorless product only good for the fryer.

It really is a great product, Kent Madison said. What we found was we were generating a really high quality of oil initially as a by-product of our biodiesel operation. We started playing with it and realized how incredible the oil was and decided we had to start selling the stuff.

The biodiesel and food oil operation at FGF uses rapeseed, a plant that has been used for thousands of years in a variety of ways.

The rapeseeds are heated, crushed and processed to extrude the oil. The canola oil regularly purchased in grocery stores is highly processed and uses hexane, a solvent, to extract the oil, which is then further refined with other chemicals and then heated and deodorized.

What is left is the banal, faded liquid favored by restaurants and consumers because of its tendency to give off very little smoke when heated, Madison said. He said the process also has the tendency to remove the natural flavor of the oil. With their product, the Madisons are preserving the savory character of the oil, which also wont fill up houses or food trucks with smoke when heated.

Our product will smoke a little at first, but after that its fine, Madison said. Our refinement process retains the flavor by using a centrifuge to remove the solids.

Removing the solid particulates is what allows the oil to achieve a high temperature without giving off excessive amounts of smoke.

Although canola oil is mostly used for deep-frying, the Madisons oil can be used in a variety of culinary applications. Madison said some chefs are opening up to the idea of trading in their olive oil for canola.

Some of the chefs that have tried it were skeptical at first, Madison said. The restaurants that we have given samples to have all become customers because they really notice the difference after theyve had a chance to play with it.

The Madisons are also anticipating people will soon appreciate the health benefits of canola oil.

With the Federal Food and Drug Administration set to phase out partially hydrogenated oils, which are the source of most trans fats in U.S. foods, the demand for purer products will likely increase across the country.

The Madisons are hoping to take advantage of this shift away from traditional cooking oils high in trans fats to a product like theirs, which has none of the hazardous substance.

Its actually healthier for you than a lot of the oils out there, Madison said. Its got 90 percent omega-3s. Its cholesterol free. The FDA actually recommends canola oil. Its by far the healthiest oil for consumption.

Madison said he and groups such as Oregon Oils are trying to close the loop of production and waste. In addition to the canola oil for consumption, another by-product is a fine meal of the rapeseed solids, which are refined into a high-grade feed for livestock.

We are trying to promote from the field, to the food, to the fuel, Madison said. We are raising it in Oregon. We are going to feed people with it, and then that oil will be collected, turned into biodiesel and go into a car. Nothing is wasted out of the process.