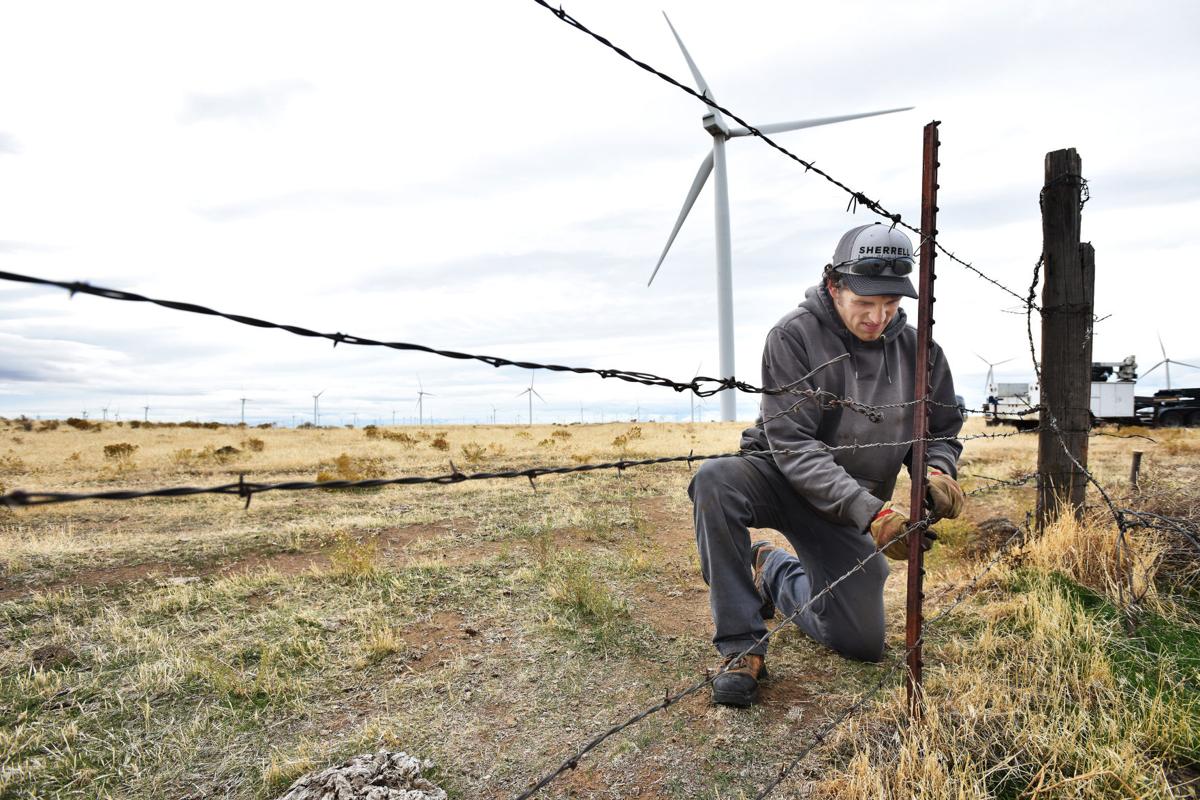 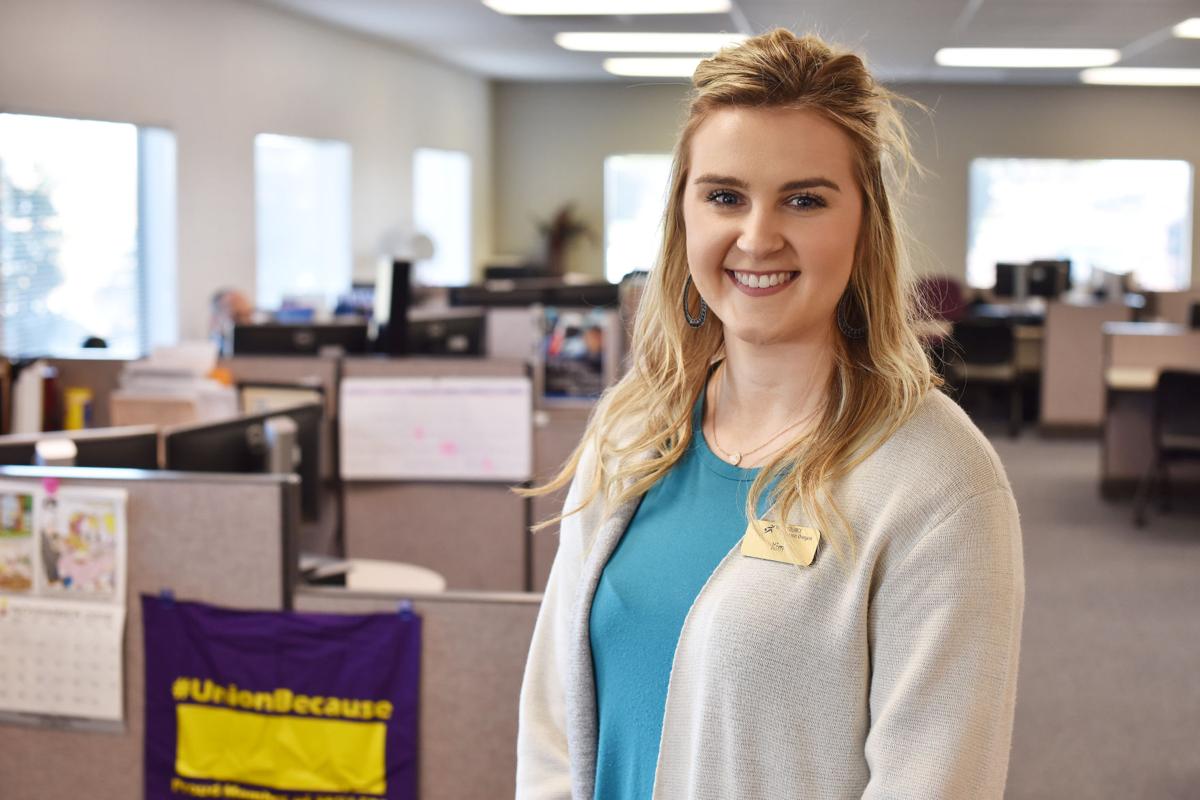 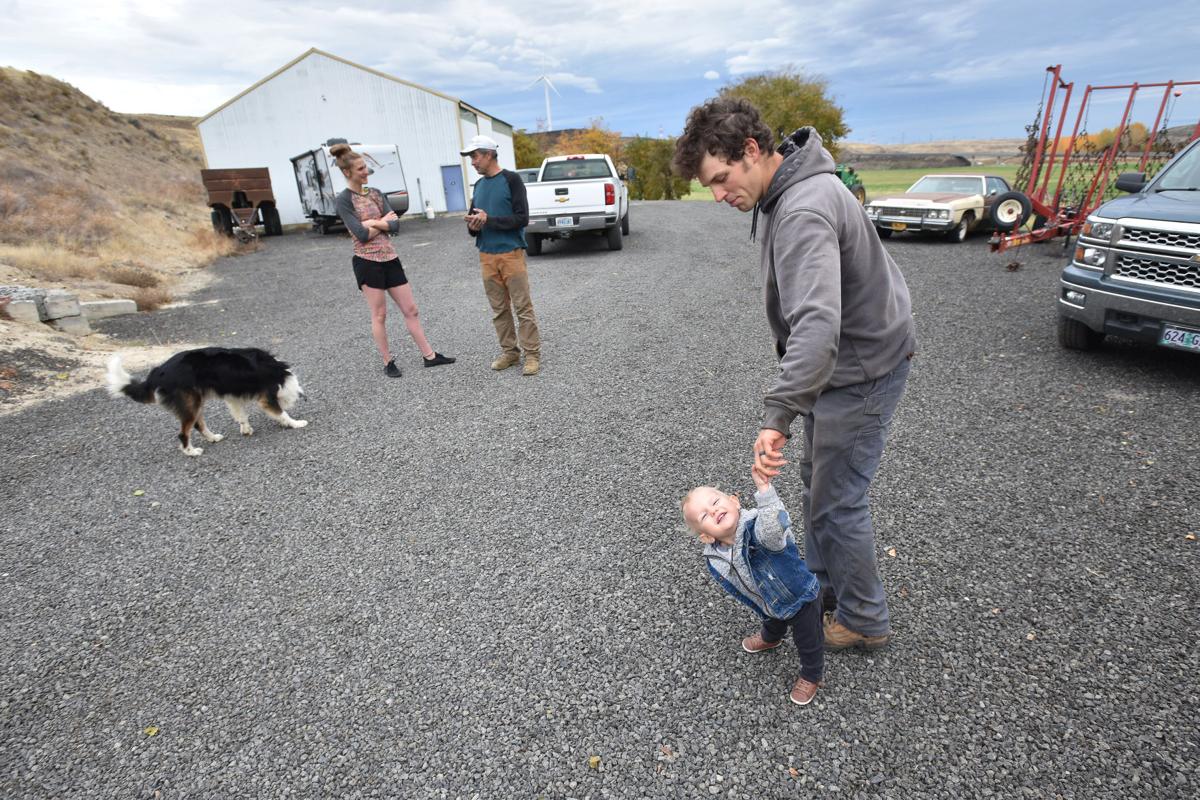 Staff photo by E.J. HarrisMillennial Kip Krebs holds the hand of his 19-month-old son, Kelso, as his wife, Sarah, talks with Jim Jepsen, the family's exterminator, at the couple's ranch outside of Ione.

Staff photo by E.J. HarrisMillennial Kip Krebs holds the hand of his 19-month-old son, Kelso, as his wife, Sarah, talks with Jim Jepsen, the family's exterminator, at the couple's ranch outside of Ione.

Millennials know all the stereotypes that older generations have thrust upon them.

They’re lazy. They’re entitled. They take too many selfies. And they’re living in their parents’ basement because they spent too much money on avocado toast.

As much as “Millennials” has become a shorthand for everything wrong with kids these days, half of Millennials are now in their thirties. Some media outlets use slightly different definitions of Millennial, but the academic definition used by Pew Research Center is people born between 1981 and 1996, now ages 22 to 37. According to Pew Research, Millennials are projected to surpass Baby Boomers (ages 52-70) next year as the largest generation in the United States, and are already the largest generation in the workforce.

Kip Krebs, 28, is one of many Eastern Oregon Millennials who resents being labeled as one. He works long days as a ranch manager at his parents’ cattle and sheep ranches outside of Ione and in Wallowa County. He has a college degree, a house, a wife and a son.

“About the only thing we do is work,” he said.

Krebs said there are, of course, people in his generation who are every bit as entitled and lazy as the stereotypes. But he wants people to know there are hard-working Millennials who have their life together too. People like him and his wife and their friends in rural Oregon.

“A lot of Millennials do seem entitled to things, but I’m kind of old-fashioned,” he said.

Jess Schiller, born in 1986, is another Millennial in the agricultural community who doesn’t like the label. She and her husband run a Red Angus cattle operation in Umatilla County, and she’s working on an associate’s degree from Blue Mountain Community College.

“He bought his first bunch of cows right out of high school and in the last 10 years we’ve been able to build it up enough to live comfortably, not outlandish by any means, but I can stay home with our girls and he works on his family ranch as well,” she said in an email.

While Millennials overall are getting married and having children later than previous generations, location plays a big role. Data from the National Center for Health Statistics, compiled by the New York Times, shows the average age of first-time mothers nationwide is 26. But the average age in Portland is 27, while in Umatilla and Morrow counties women are having their first babies at an average age of 23.

Other Millennials who responded to a Facebook post on the East Oregonian page about Millennials include Shelby Getz, a recently engaged dental assistant and office coordinator from Pendleton; Devon Marks, a 26-year-old who works as a local cloud service provider who has an apartment to himself; Erin Babb, a 26-year-old Pendleton medical assistant expecting a baby with her husband; and Sam Irons, a 23-year-old firefighter from Boardman who owns a home with his wife and hopes to become a parent in the near future.

Kaitlin Gustafson, born in 1982, is a high school science teacher in Boardman. She said in her early teaching years she was actually in the same generation as some of her students, but found that “my daily lifestyle choices, behavior patterns and expressive language were very different than theirs.” She doesn’t post selfies or pictures of her dinner on social media, for example, and she didn’t get her first smartphone until age 28.

“We quickly found that renting in our small town would be nearly impossible due to a lack of available rentals for families,” she said in an email. “Thankfully we were able to find and purchase a home for a reasonable price at the time.”

She said many of the older Millennials who found themselves in a difficult financial position in their twenties did so because of a difficult economy, not lack of trying. She said she and her husband struggled early on in their marriage with layoffs and finding jobs because they graduated from college in the midst of the Great Recession and high unemployment nationwide. While jobs are more readily available now, some Millennials are still working to make up for lost time in the early years of their career.

“It takes a lot more hard work and education to make it to the middle class than it did for my parents,” she said.

While homeownership is one of the reasons Gustafson doesn’t feel like she fits the Millennial stereotypes, there are Millennials who literally do live in their parents’ basement. In 2014 living with parents became the top living arrangement for people ages 18-34 for the first time in 130 years, according to Pew Research Center. That year 32 percent of Millennials (back then ages 18-33) were living with parents, compared with 31 percent living with a spouse or partner.

Nina Madrigal, age 23, lives in her mother’s basement in Pendleton with her fiance and two children. But she said the situation is a temporary setback — a landlord evicted her, and while she won a settlement in small claims court, she hasn’t gotten the money yet to use for a deposit somewhere else.

She said with unemployment low right now but the housing market tight, sometimes it just makes more sense for people her age to move back home.

“I don’t think it’s jobs as much, because there are jobs around here, but it’s the housing,” she said.

Many people see technology use as a defining characteristic of Millennials, but the generation’s age range means a wide variety of experience with technology. The youngest Millennials were 2 years old when Google was founded and 8 years old when Facebook came on the scene. They had smartphones in high school and used Tinder to find dates in college.

The oldest Millennials, on the other hand, didn’t have Google or Wikipedia to help them research their high school papers. Their senior year only 36 percent of Americans owned cellphones. Facebook, Twitter and the iPhone weren’t invented until after many of them had graduated from college.

Megan Lauer, who is almost 30, falls somewhere in the middle. Lauer is the chief operating officer of Eastern Oregon Independent Practitioner Association in Pendleton and the president-elect of the local Altrusa chapter.

She said she had a cellphone for part of high school and a laptop her senior year. One Millennial trait she displays is the fact that she doesn’t have a television or cable, preferring to stream anything she watches online. She also doesn’t have a landline in her house.

Lauer said her younger brother’s age bracket is better than her at figuring out new technology, but she has embraced tech more than many of her older co-workers.

“In an office setting, I’m more apt to say, ‘Isn’t there a piece of software we can use?’ or I’m saying, ‘Have you Googled that?’” she said.

Being “digital natives” is one of the strengths Millennials bring to the workplace, said Kimberly Nevil of Worksource Oregon’s Hermiston office.

“There is some reverse mentoring there,” she said.

Nevil, a Millennial herself, listed some other generational differences that can be a source of strength or a challenge in the workplace. Millennials are the most educated generation. They have a more abbreviated style of communication, preferring texting or a messaging app to phone calls. They also tend to want more transparency instead of a top-down approach, which Nevil said can make them seem unprofessional to older generations when they ask management the reasoning behind a decision.

Nevil said research shows Millennials place a much higher emphasis on benefits, such as parental leave or a flexible schedule, which is likely where some of the perception of Millennial entitlement comes from.

“For older generations, it was more of a treat to have that work-life balance. You have to earn it, whereas Millennials expect it,” she said.

While Millennials have already surpassed the number of Baby Boomers in the workforce, they are still catching up with their number of eligible voters, at 62 million to Boomers’ 70 million. Only 51 percent of Millennials voted in the 2016 presidential election, however, compared with 61 percent of the total electorate. Millennial turnout for next week’s elections is expected to again be significantly lower than other generations.