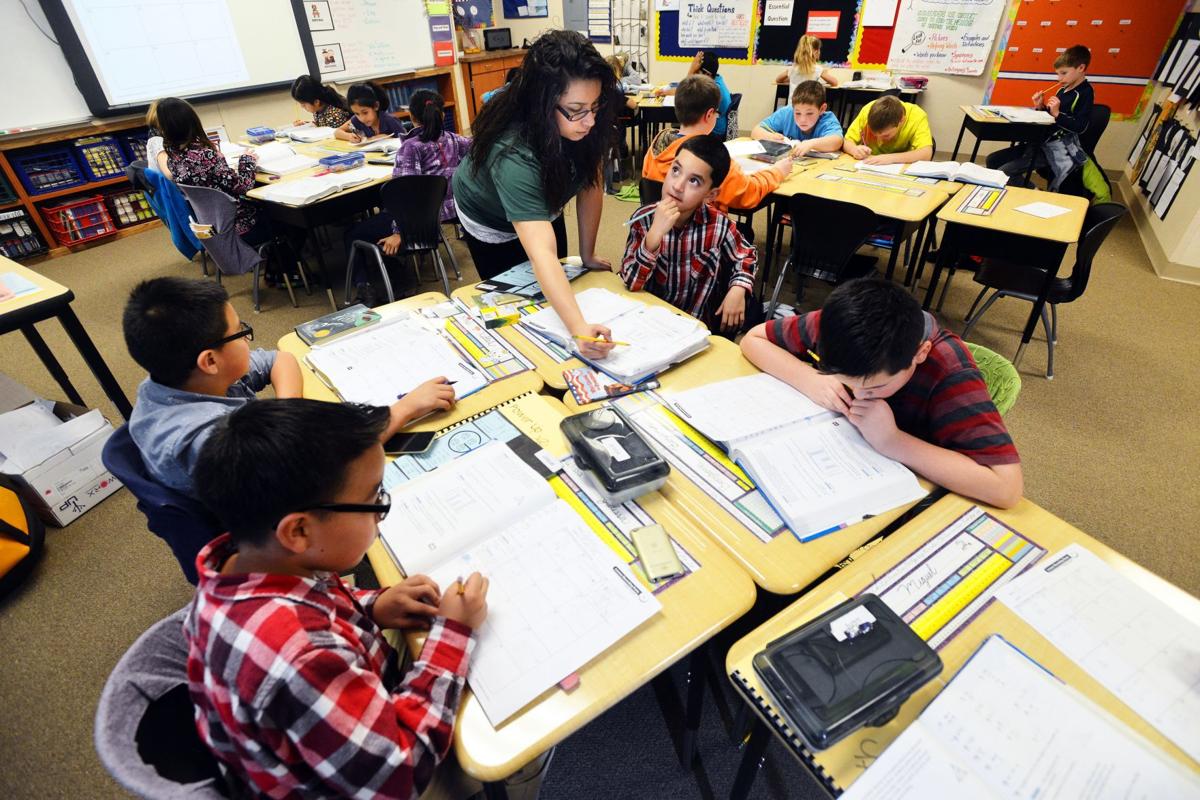 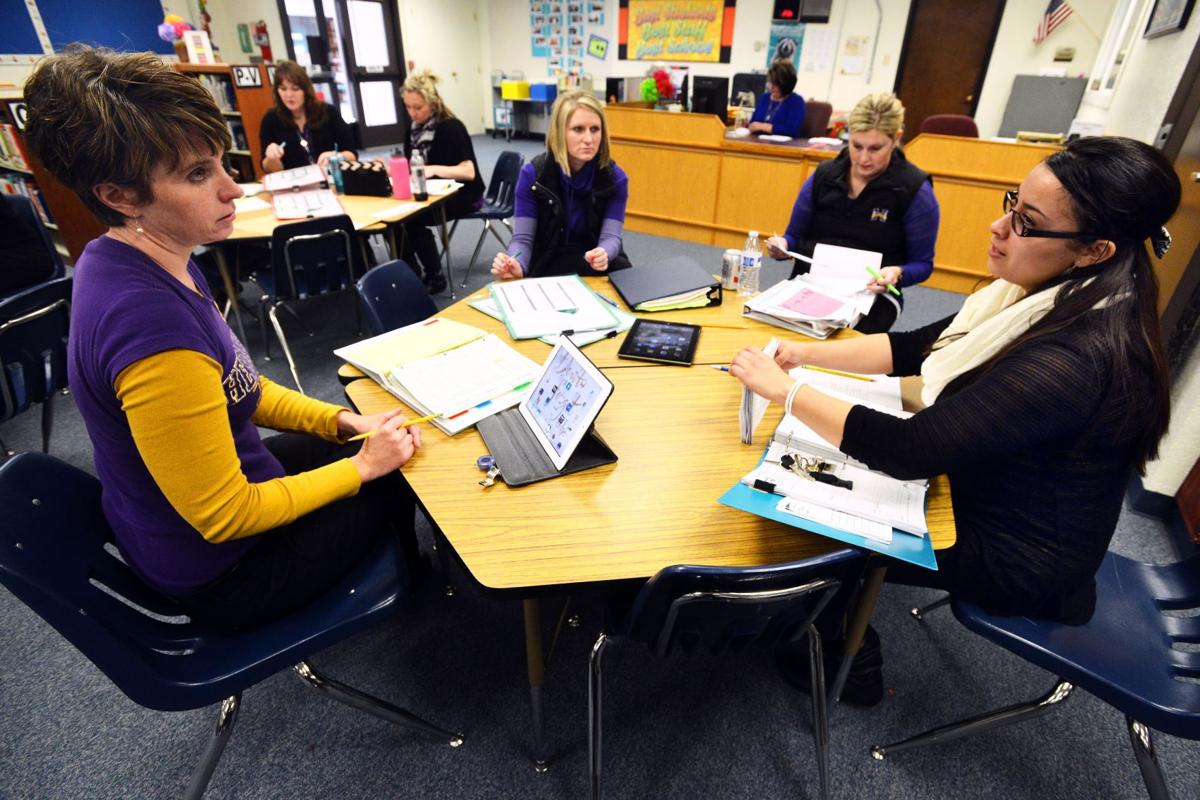 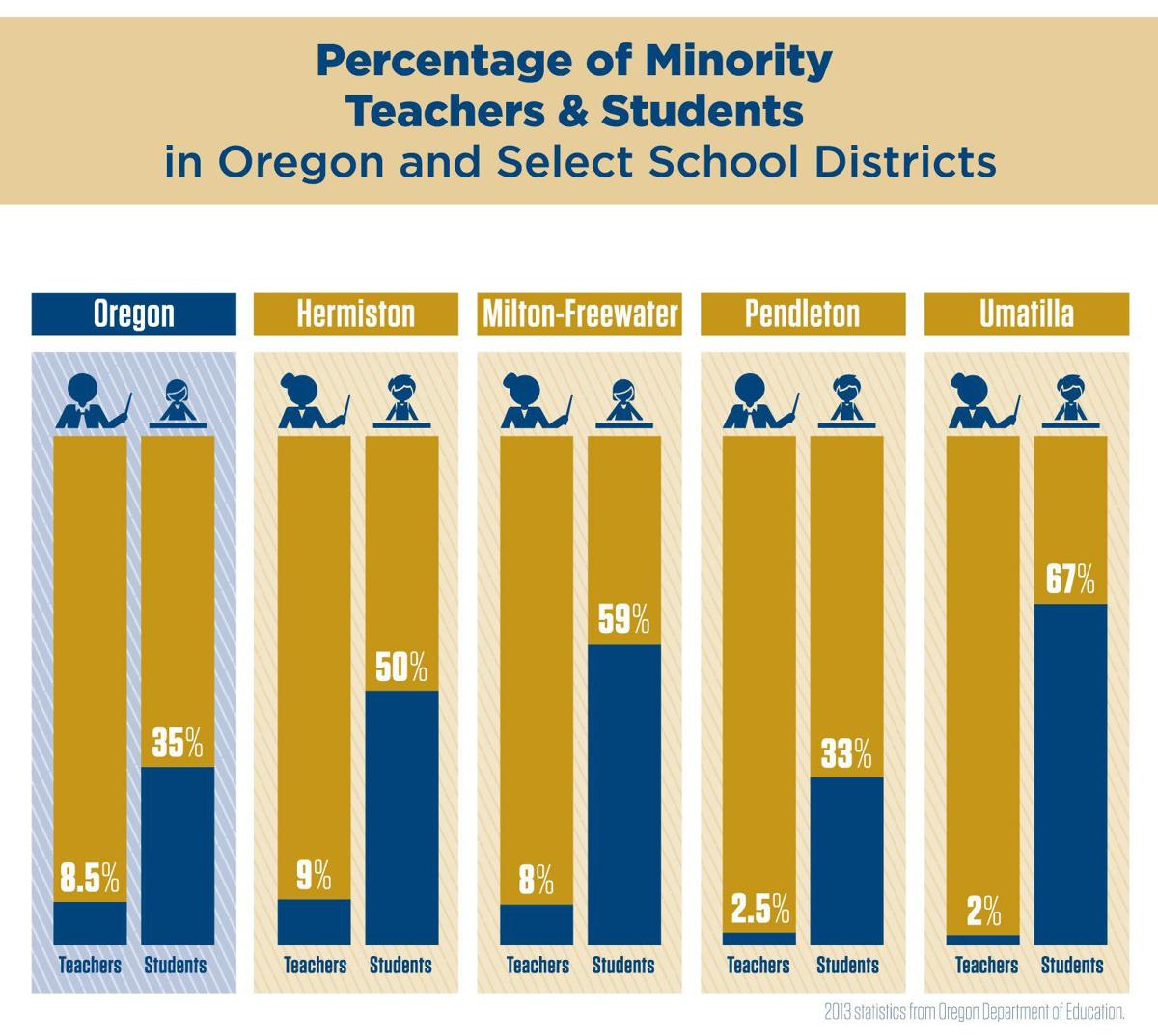 Being a teacher of color in Eastern Oregon makes you a minority within a minority.

Because even as the minority population in Umatilla County continues to grow, the number of minority teachers has remained stagnant.

After years of trying to find such teachers with little success, plus continual underperformance in tests and graduation rates for minority students compared to their white peers, local school districts are starting to look at their increasingly diverse student body for solutions.

Mariana Medina is exactly the type of first-year teacher many Eastern Oregon school districts are looking for.

The Rocky Heights Elementary School fourth grade teacher is young, Latina and a product of a Hermiston School District.

According to the Oregon Department of Education, 49 percent of Rocky Heights students are Hispanic, roughly in line with the district’s Latino population as a whole.

Although the district boasts the highest minority teacher population in the county, it still employs only 9 percent teachers of color.

While a Hispanic student from Hermiston has a modest chance of being taught by someone of his or her own ethnic background today, Medina wasn’t one of those students.

Over her thirteen years as a student in Hermiston, Medina said she had no Hispanic teachers.

Medina said she admired many of her teachers, but added that the presence of a Hispanic teacher could have helped, especially in her early years.

From kindergarten through second grade, Medina’s family migrated between Hermiston and Mexico.

Medina would spend three to four months of the year in a Mexican school, and while her social skills allowed her to pick up English quickly, the constant moving made reading and writing a more difficult prospect.

In Oregon, minorities comprise 8.5 percent of teachers compared to 35 percent of students.

Despite the clear disparity, the issue hasn’t garnered nearly as much attention as other educational topics like the Common Core State Standards and the Smarter Balanced assessment.

But the issue hasn’t escaped the notice of Donald Easton-Brooks, the dean of business and education at Eastern Oregon University.

Easton-Brooks said the bias isn’t explicit with most teachers. Instead, teachers and students of the same minority group have shared cultural traits that lead to higher student achievement.

“Minority teachers go into it with a different lens than white teachers,” he said.

But many hurdles remain in front of minorities who could enter the profession.

Agricultural jobs in the area pay a comparable salary straight out of high school while teaching jobs require a four-year degree. Even if a minority student decides to attend college, teaching might not be the most attractive option.

Medina said many of her friends in Hermiston pursued business degrees, a field she was interested in until she started volunteering at West Park Elementary School as part of a peer mentoring program.

After enrolling at Corban University in Salem, Medina was able to pay for much of her tuition with scholarships. When Medina started to take the mandatory tests the state requires to obtain licensure, she worked up to three jobs to cover the fees.

Local districts have been aware of the disparity for some time and are seeking ways to address it.

While the expansive presence exposes the district to wider pool of applicants, it also presents a new set of problem.

Beside the fact that each state has a different teacher licensing process, homesick teachers tend to go back to their home states after a few years. As a result, many local districts have started their own “grow your own” programs, which usually involves peer mentoring and teacher shadowing.

The Umatilla School District, which had a 34-to-1 minority student to teach ratio in 2013, started such a program.

The program boosted the number of Hispanic educational assistants and secretaries, but Superintendent Heidi Sipe said Latino teachers are still hard to come by.

Hermiston also has a larger ratio of Hispanic classified personnel. The district used to use some of their federal money to help classified employees become teachers, but those funds have since been redirected.

To help districts in their effort to close the gap, EOU started the Oregon Teacher Pathway program.

Students that are recommended by faculty are put in a special Pathway class and participate in weekly peer mentoring at local elementary schools. All students that complete the program are automatically admitted to EOU, where they pay $45 per credit hour instead of the standard $134.

Pathway members that graduate from EOU’s Masters of Arts in Teaching program get priority hiring in the three districts participating in the program — Pendleton, Umatilla and Milton-Freewater.

Even though the Pendleton School District has the lowest minority population at 33 percent, Easton-Brooks singled the district out for having one of the stronger responses to the program.

The district is unique in the sense that it draws heavily from the Umatilla Indian Reservation, which presents a new set of cultural issues.

Marissa Baumgartner, 19, is an aspiring teacher, a Pendleton High School graduate, a former Happy Canyon Princess and a tribal member.

While she initially planned to pursue a career in elementary school education, she’s since switched career tracks to early childhood education after getting a job at the Cay-Uma-Wa Head Start on the reservation.

While she valued her educational experience, she would have liked to have an American Indian teacher. She said some of her teachers didn’t understand certain Indian customs, like root digging in the spring and funerals that spanned several days.

Baumgartner said it can be hard for some tribal members to leave the reservation and find affordable college opportunities.

While some districts are already experiencing positive results from the Pathway program, the Hermiston School District decided to pass after showing initial interest.

Hermiston High School principal Jocelyn Jones said it would conflict with the district’s Education 198 class, which she thinks offers a more hands-on approach to peer mentoring and teacher shadowing than the lecture-based Pathway class.

“That’s just not the best sell to get kids into the teaching profession,” she said.

Regardless which route they took, officials from each district named hiring more minority teachers a priority.

After graduating college, Medina declined a job offer from the Salem-Kaizer School District to come back to Hermiston. She uses her experience as a Hispanic student to offer suggestions to her fellow fourth grade teachers, like teaching some lessons at a slower pace to accommodate Latino students that are still learning English.

She also takes advice from the other teachers about a challenge that’s universal — first year teaching.