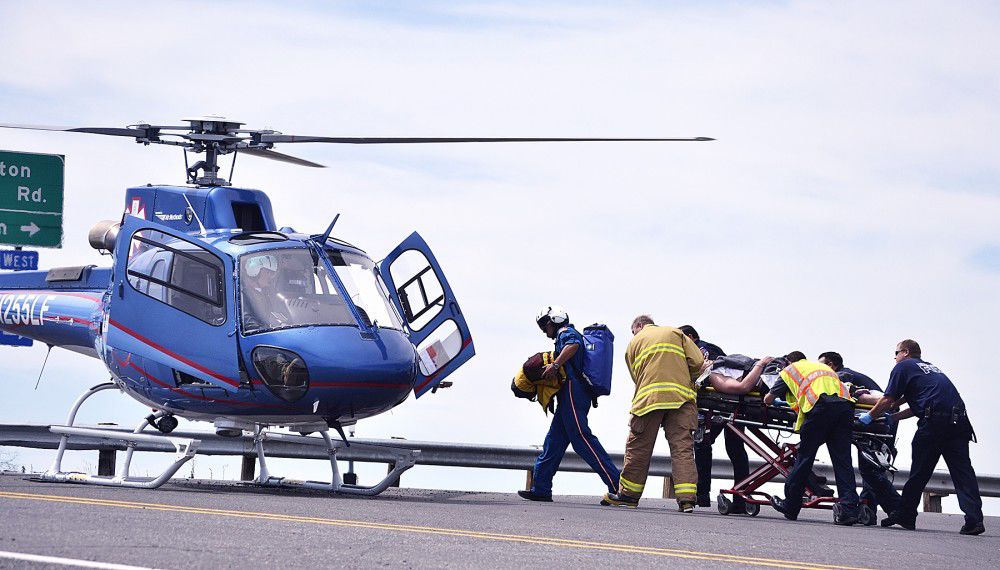 <p>Christopher Counley, 23, of Arlington, Wash. is wheeled toward the Lifeflight helicopter on the Westland Road Interstate 84 overpass near Livestock Drive. Counley crashed his motorcycle after attempting to elude police on the freeway late Monday morning.</p> 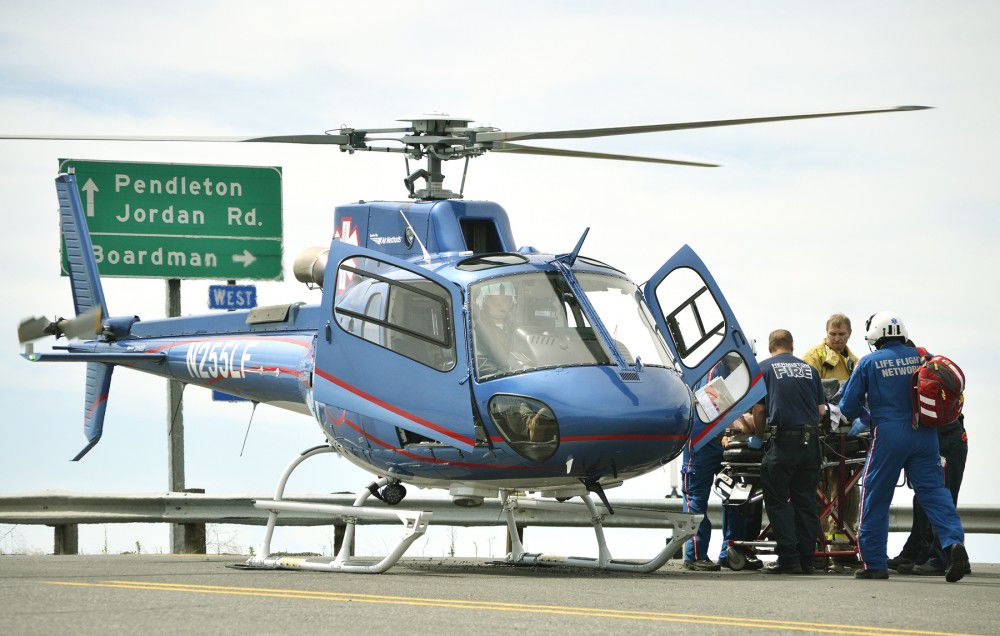 <p>Christopher Counley, 23, of Arlington, Wash. is wheeled toward the Lifeflight helicopter on the Westland Road Interstate 84 overpass near Livestock Drive. Counley crashed his motorcycle after attempting to elude police on the freeway late Monday morning.</p>

A Washington man on a motorcycle fled from police on a motorcycle Monday, crashed and was transported by air ambulance from the Westland Road Interstate 84 overpass near Livestock Drive, west of Hermiston, according to Oregon State Police.

Callers phoned police about a motorcycle driving fast and passing cars on the north shoulder of the freeway heading west. Little clocked Counley at 106 miles per hour and started the pursuit at milepost 185, he said.

Counley took the Westland Road exit at about 60 miles per hour, Little said.

He blew through the stop sign at about 60 and hit the guard rail,?he said.

Counley lost control after hitting the gravel when he ran the stop sign, Little said. He said Counley was wearing a helmet and was coherent enough after the crash to take his helmet off.

He was transported from the scene via Life Flight helicopter to Kadlec Regional Medical Center, Richland, Wash., according to Hermiston Fire and Emergency Services. However, Kadlec spokesman Jim Hall said he could not confirm or deny that Counley was there due to federal privacy laws.

Oregon Department of Transportation closed the overpass to traffic for about 30 minutes until the helicopter departed with Counley.

Counley is expected to be cited for speed and reckless driving as well as a felony charge of attempting to elude police in a vehicle, Little said.