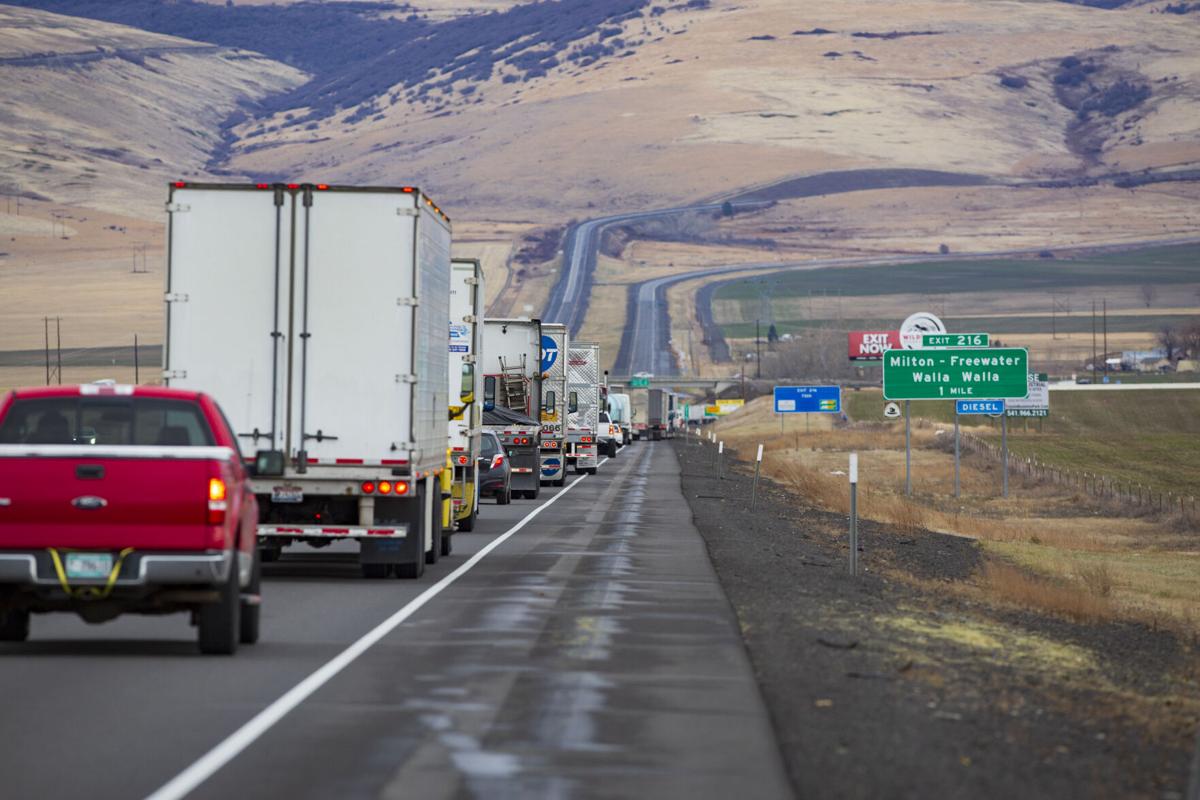 Vehicles come to a standstill on Interstate 84 near Exit 216 after the Oregon Department of Transportation closed the interstate due to a pair of truck crashes blocking the westbound lanes near mileposts 270 and 258 on Tuesday, Jan. 12, 2020. 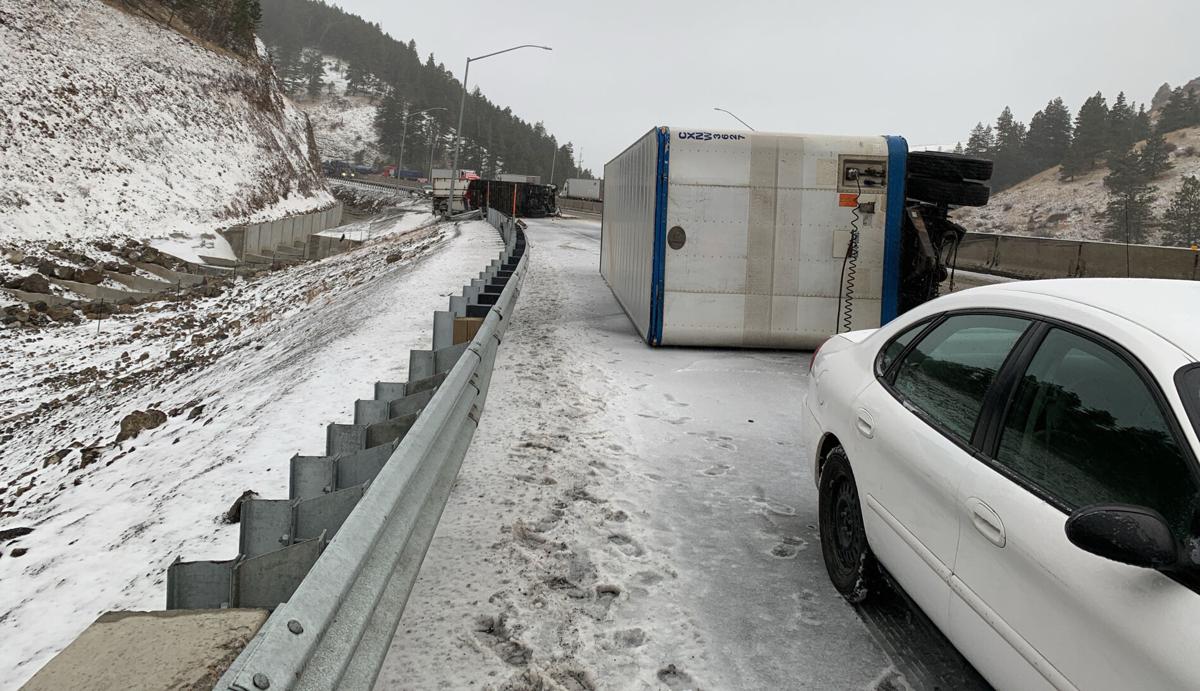 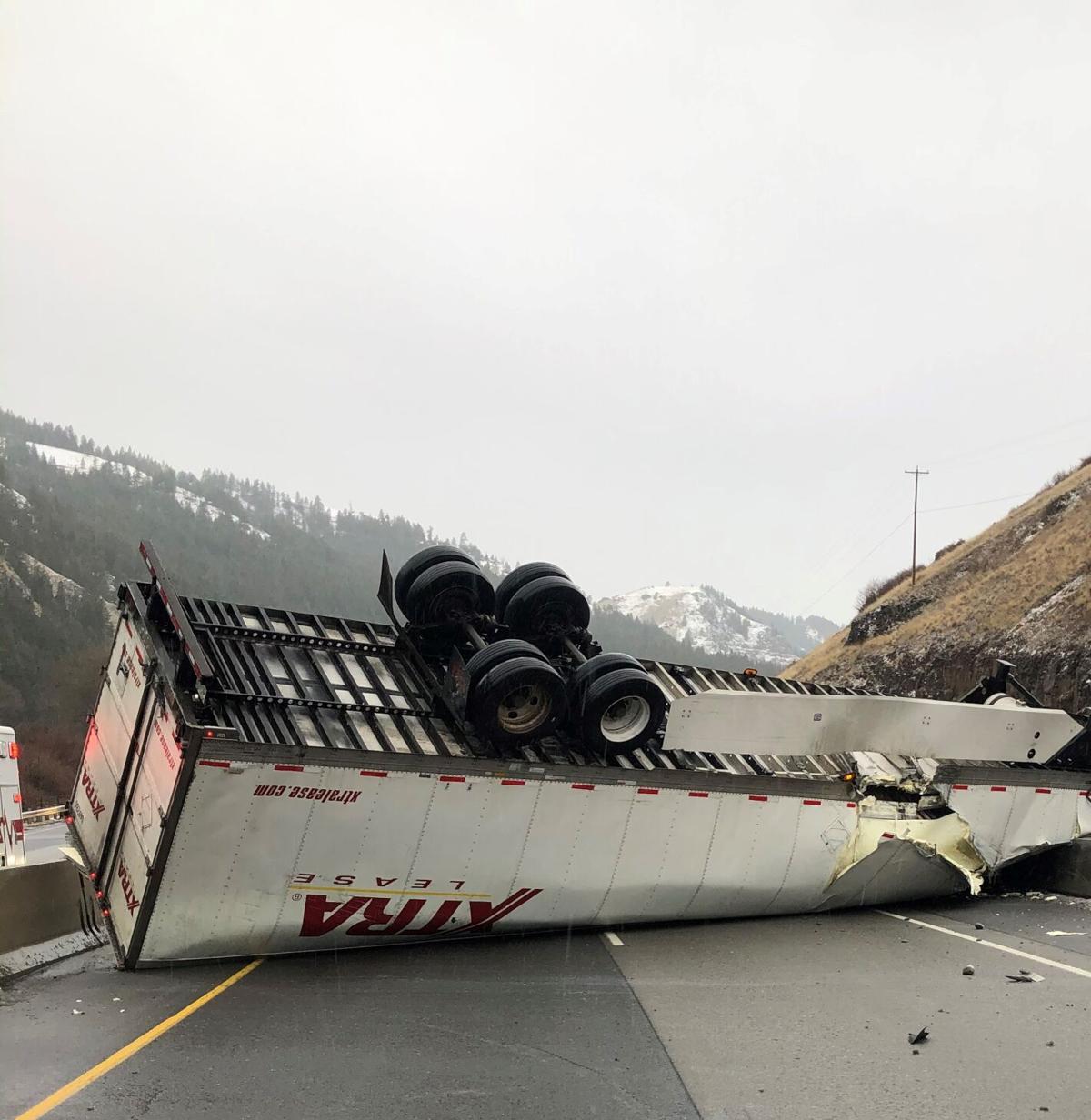 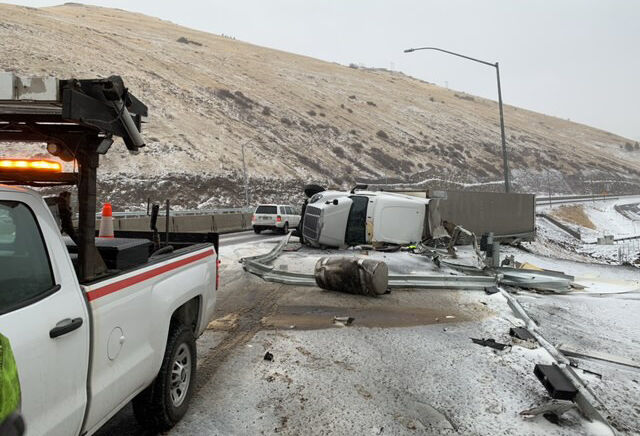 Vehicles come to a standstill on Interstate 84 near Exit 216 after the Oregon Department of Transportation closed the interstate due to a pair of truck crashes blocking the westbound lanes near mileposts 270 and 258 on Tuesday, Jan. 12, 2020.

PENDLETON — A pair of truck crashes forced the closure of Interstate 84 on Tuesday, Jan. 12, for much of the afternoon and evening.

Oregon Department of Transportation closed the interstate in both directions between Baker City and Pendleton around noon following two separate truck crashes near mileposts 270 and 258.

Oregon State Police reported the first crash happened about 11:34 a.m. southeast of La Grande, near milepost 270, when Zayne Carter Treasure, 50, of Nampa, Idaho, lost control of his semitruck and two trailers as he was traveling west on Interstate 84.

Treasure told police that he was traveling at a speed of about 50 mph because of the icy road conditions. He said his empty rear trailer lost traction on the highway because of heavy winds.

Treasure said he next lost control of the tractor unit and the front trailer. All three units came to an uncontrolled rest on the freeway blocking both travel lanes.

No injuries were reported and no citations were issued. Police said the guardrail and a portion of the road surface suffered damage in the crash.

Police said the second crash happened about the same time in the westbound freeway lanes about 2 miles west of La Grande, near Milepost 258.

Police said the driver, Sidney M. Gamble, 69, of Great Falls, Montana, lost control in icy conditions while negotiating a corner. The trailer came to rest on its side and the semitruck rolled over onto its top. The driver was taken to Grande Ronde Hospital in La Grande, police said. No information about his condition was available in time for this report.

Police also were called to at least three noninjury crashes between Pendleton and Ontario involving passenger vehicles during the day, according to reports provided by Capt. Timothy Fox, OSP spokesman in Salem.