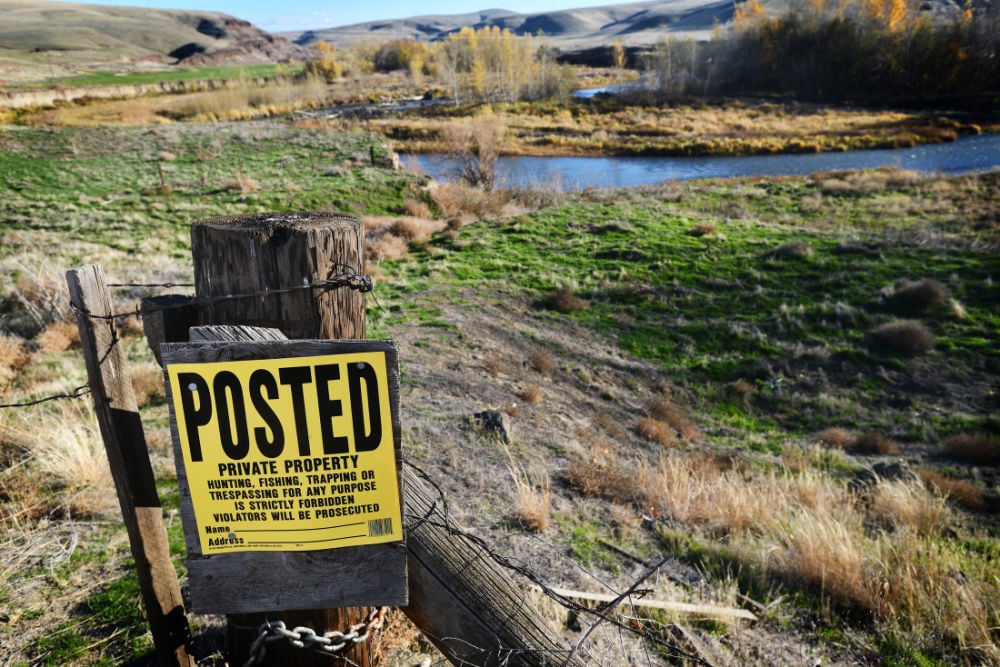 <p>A no trespassing sign posted on a gate limiting public access to the Umatilla River west of Rieth. The Umatilla River is not a navigable waterway as determined by the state of Oregon which means its stream banks and bed are not public property.</p> 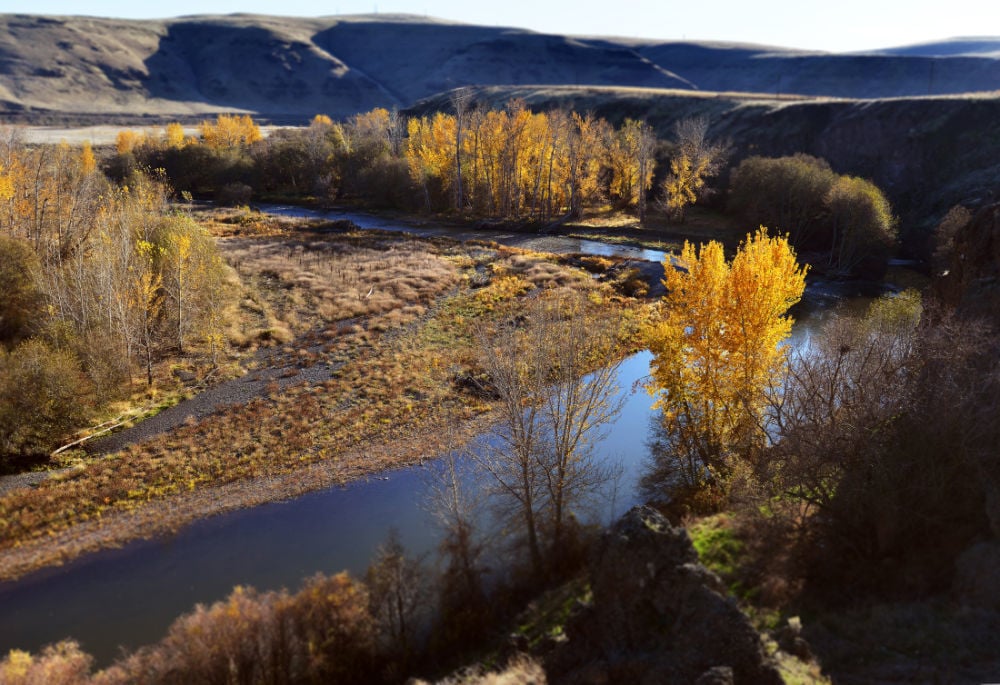 <p>The State of Oregon authorizes a three-member land board — made up of the governor, secretary of state and state treasurer — to determine if a waterway meets the navigable standard. Such a study has never been conducted on the Umatilla River.</p>

<p>A no trespassing sign posted on a gate limiting public access to the Umatilla River west of Rieth. The Umatilla River is not a navigable waterway as determined by the state of Oregon which means its stream banks and bed are not public property.</p>

<p>The State of Oregon authorizes a three-member land board — made up of the governor, secretary of state and state treasurer — to determine if a waterway meets the navigable standard. Such a study has never been conducted on the Umatilla River.</p>

Wade into a wrong stretch of the Umatilla River, and risk possible citation for trespassing on private property.

The 89-mile tributary of the Columbia River in northeast Oregon is yet to be identified as a navigable?waterway, which means its stream banks and bed are not considered state-owned land. That puts public right to use the river in legal uncertainty, based on where the actual ownership lies.

The issue is as old as Oregon itself. When the state was admitted in 1859, it took ownership of all underlying land in rivers that were used or could be used to transport goods and people. However, specific waterways that met the navigability standard were not determined.

State law now authorizes a three-member land board  made up of Gov. John Kitzhaber, Secretary of State Kate Brown and Treasurer Ted Wheeler  to study if a particular waterway is historically navigable. Such a study has never been done on the Umatilla River.

Navigability is defined as whether the waterway was used or susceptible to being used as a highway of commerce over which trade and travel were, or could have been conducted by a mode of trade and travel on water that was customary in 1859.

Its like a highway right-of-way,?said Julie Curtis, spokeswoman for the Oregon Department of State Lands. When Oregon became a state, the rivers were our highways. The land along those rivers was preserved for public use. But over time, which waterways this applied to was not spelled out.

To date, public ownership has only been determined on land underlying parts of 12 waterways in Oregon:?the Chetco, Columbia, Coos, Coquille, John Day, Klamath, McKenzie, Rogue, Sandy, Snake, Umpqua and Willamette rivers. Those areas can be used for any legal activity from the stream bed to the line of ordinary high water, where high water normally rises on the bank annually in season.

Public rights become less clear on rivers which have not been determined navigable. In 2005, the Oregon Attorney General issued a formal opinion allowing the public to use the surface of a waterway for any activity, so long as it is big and deep enough for a boat.

Theres been attempts over the years to get this resolved on a statewide basis,?Curtis said. The best thing to do is get the landowners permission, and use land thats within public access.

The process of studying navigability can take months, Curtis said, and relies heavily on historical records. It usually starts when a group or person submits a written request asking for the study, which is either acted on or denied by the Land Board.

Gary James, fisheries program manager with the Confederated Tribes of the Umatilla Indian Reservation, said the they are always interested in protecting and restoring floodplains in the Umatilla Basin, regardless of ownership designation.

The Oregon Department of Fish &?Wildlife aims to maintain access for sport anglers, but isnt pursuing navigability on the Umatilla River. District fish biologist Bill Duke said he hasnt seen a problem with landowners denying access to the river.

Certainly, ODFW is looking for ways to develop things like boat ramps, because there is private property around,?Duke said. Its certainly easier if you have a boat and can float through, without having to worry about all that.

No matter what, Curtis said the public should be aware of ownership around the river at all times, which can be complex and confusing, even when using recent maps and attempting to follow the law. Still, it is up to the individual to know who owns the waterway land, and what they are allowed to do on it or face penalties for trespassing.