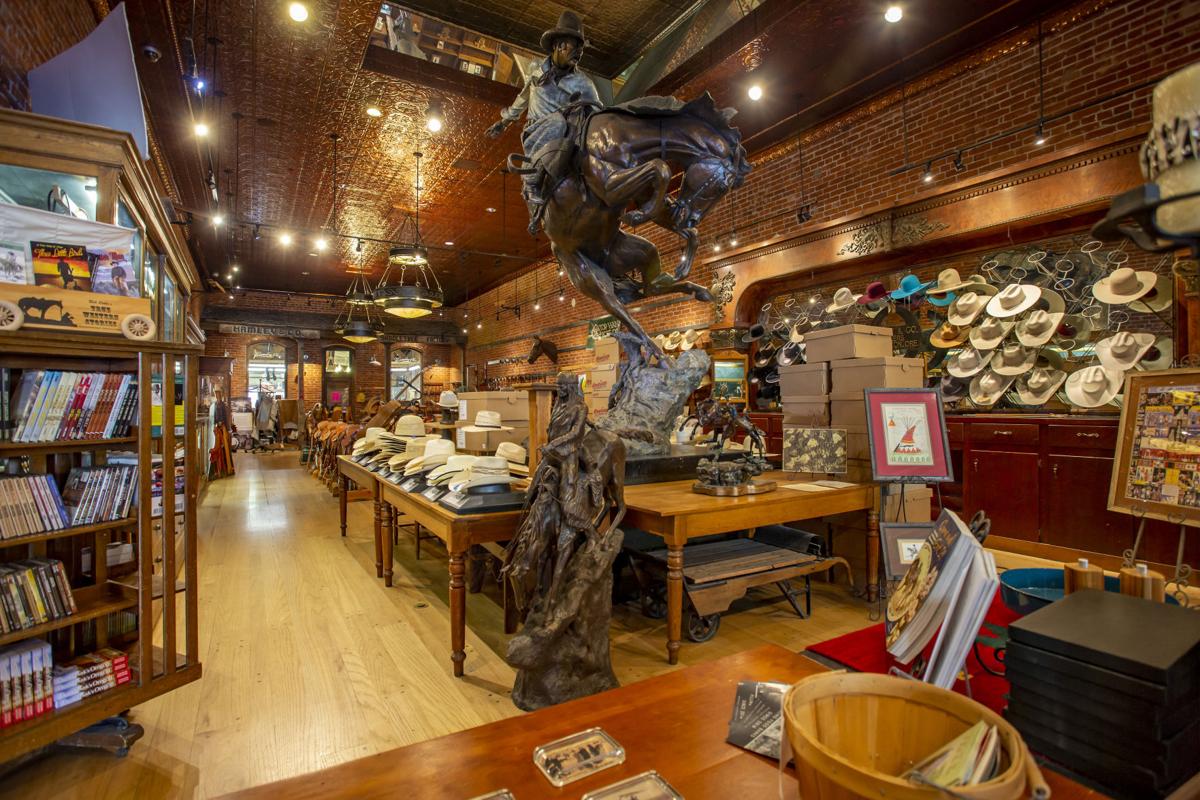 Attitude Adjustment, a 16-foot statue by Austin Barton cast in 1990, rises over boxes of cowboy hats and other Western wares in the Hamley Western Store on Nov. 26, 2019. 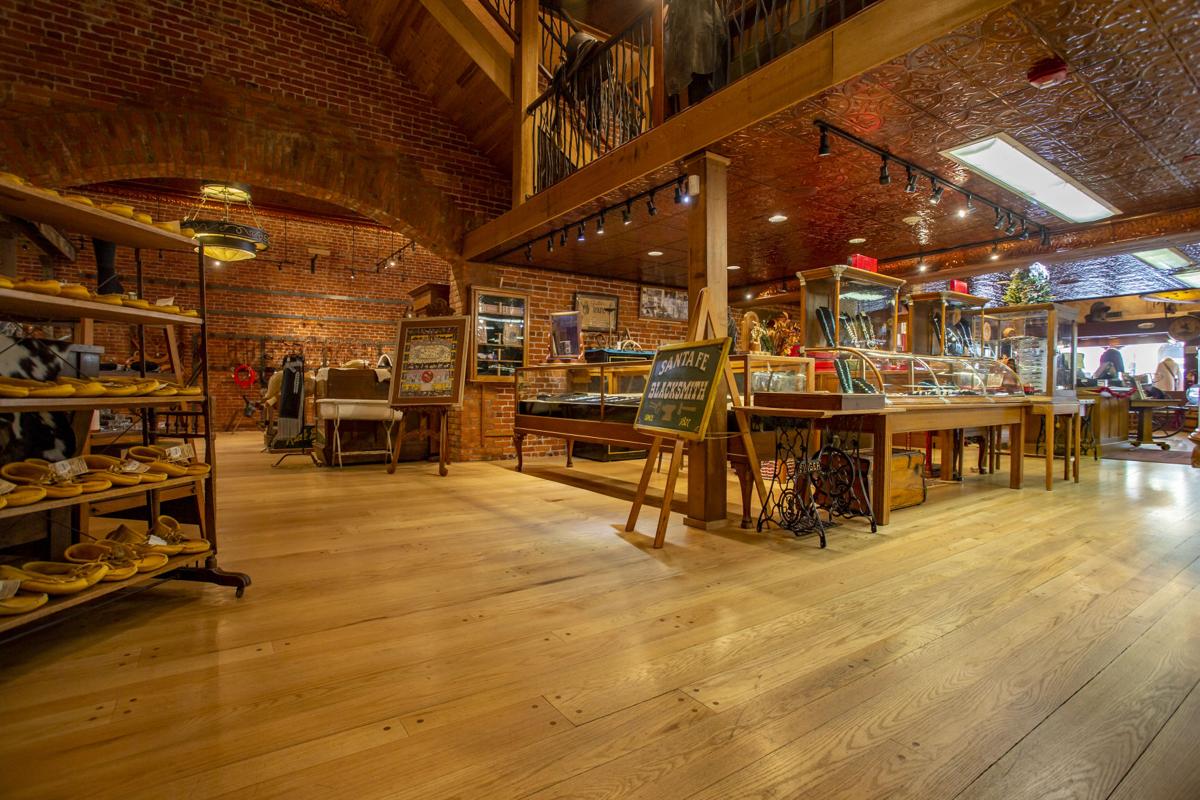 Shelves of leather goods and cases of jewelry fill the Western Store at Hamley’s on Nov. 26, 2019. 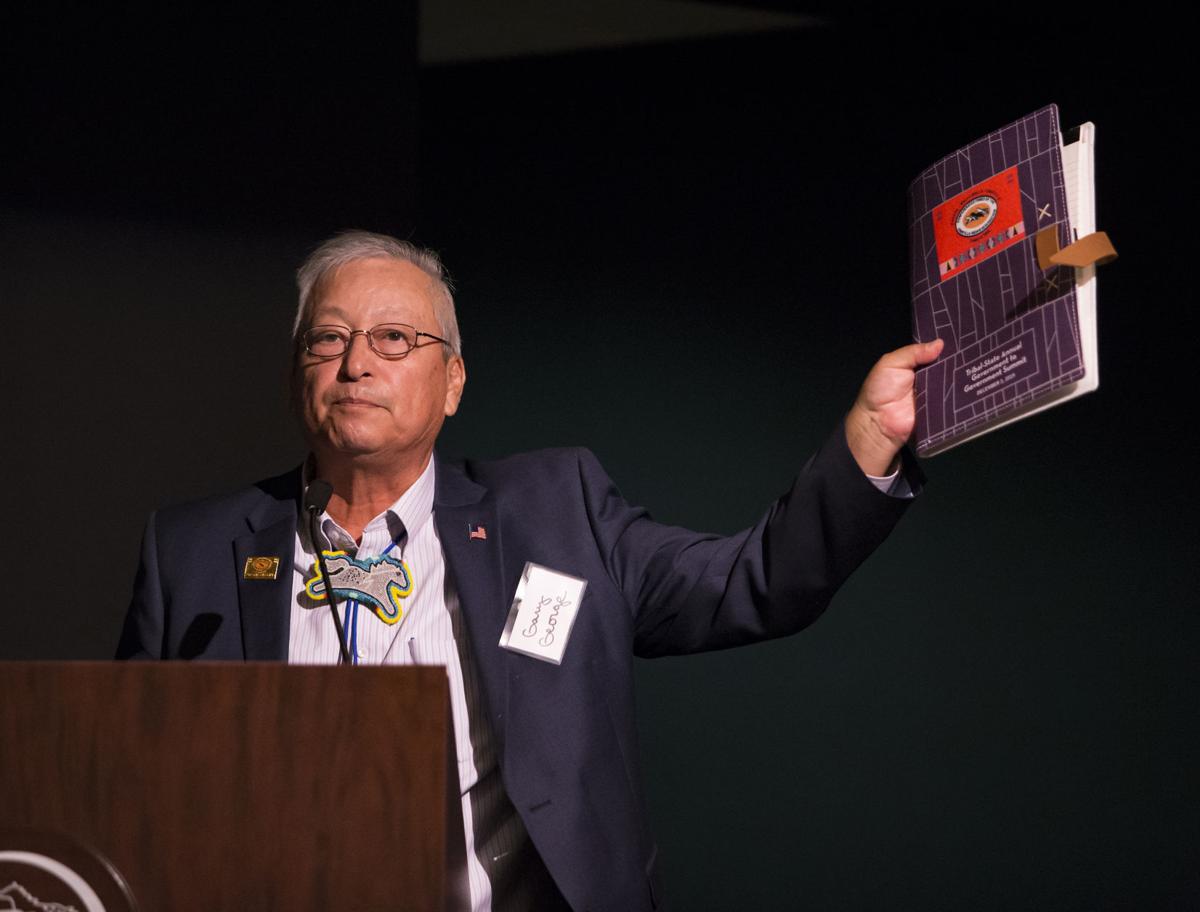 Attitude Adjustment, a 16-foot statue by Austin Barton cast in 1990, rises over boxes of cowboy hats and other Western wares in the Hamley Western Store on Nov. 26, 2019.

Shelves of leather goods and cases of jewelry fill the Western Store at Hamley’s on Nov. 26, 2019.

PENDLETON — Gary George, the CEO of Wildhorse Resort & Casino, doesn’t mince words when it comes to one of the Confederated Tribes of the Indian Reservation’s latest acquisitions.

“The one thing we want to ensure to the East Oregonian, as well as the public, is the tribe has a vested interest in maintaining the Hamley’s brand and tradition,” he said in an interview.

The CTUIR bought the Hamley’s complex and the Pendleton Country Club over the summer and put Wildhorse in charge of operating them, but the tribes aren’t planning any major changes to the two businesses.

George said the history between the tribes and Hamley’s dates back to 1905, when the store would advance crop payments to tribal members.

But the CTUIR wasn’t directly involved in Hamley’s until 2014, when George said the owners approached the tribes about buying the downtown Pendleton property.

George said the tribes rejected the offer, but the CTUIR was poised to buy it in 2016. The deal never came together as the business partners that ran Hamley’s engaged in a protracted legal battle over control of the business.

The tribes finally acquired the property at a July 25 auction for $3.6 million. Following years of waiting, the CTUIR and the team at Wildhorse only had about two weeks to assume control of the complex’s operations.

Once Wildhorse took over, the company started making assessments about the health of Hamley’s.

“When we purchased the properties, the steakhouse was doing fine as a business, but the western store had a lot of shortfalls,” George said. “They were sitting on a lot of inventory that we just needed to unload, so to speak.”

Hamley Western Store has held several sales over the past few months to sell off excess inventory, and George said Wildhorse is interested in bringing in a western store consultant to make a long-term action plan for the venerable store.

George said Wildhorse intends to keep those operations mostly the same, but there have been some slight changes at the steakhouse.

Now that the CTUIR maintains businesses off the reservation, George said the tribes have had to apply for various licenses from state agencies.

That includes Oregon Lottery, which has removed its machines from the steakhouse while the tribes apply for its license.

George said the application process has been interesting because the CTUIR isn’t applying as an individual or a traditional business, but as a sovereign nation.

He added that there’s also been some discussion around whether the lottery machines will affect the tribes’ gaming compact that only allows it operate one gaming establishment.

While the CTUIR seeks to get its lottery machines back, the nude paintings that used to hang in the bathroom will likely stay gone. George said the paintings were personally owned by one of the prior owners and he took them back before the changeover.

The CTUIR’s other big summer acquisition was the Pendleton Country Club.

Beyond the economic development potential, George said the tribes’ main interest in the property was conservational. Birch Creek runs through the property and the tribes have restoration projects up and down the waterway.

Wildhorse was only required to operate the property as a golf course through the end of the year, but the tribes are now finalizing long-term plans to keep it that way.

George said Wildhorse has already presented a draft of a business plan for the golf course to the CTUIR Board of Trustees, with a revised draft coming sometime in the first quarter of 2020.

Under the plan, Wildhorse would turn the property from a private country club into a public golf course.

Wildhorse would still offer people memberships for use of the golf course or the property’s other amenities like pool or meeting rooms, but members would no longer have a vested interest in the property.

George said Wildhorse has already increased staffing levels at the golf course and facility, but the property will need more infrastructure investment.

George said the Board of Trustees seemed receptive to the plan, and if board members give it the go-ahead, the Pendleton Country Club will undergo a name change.

To reflect its status as a public golf course, George said starting in 2020 the new name of the property is the Birch Creek Golf Course.

PENDLETON — The Confederated Tribes of the Umatilla Indian Reservation is the new owner of Hamley’s.