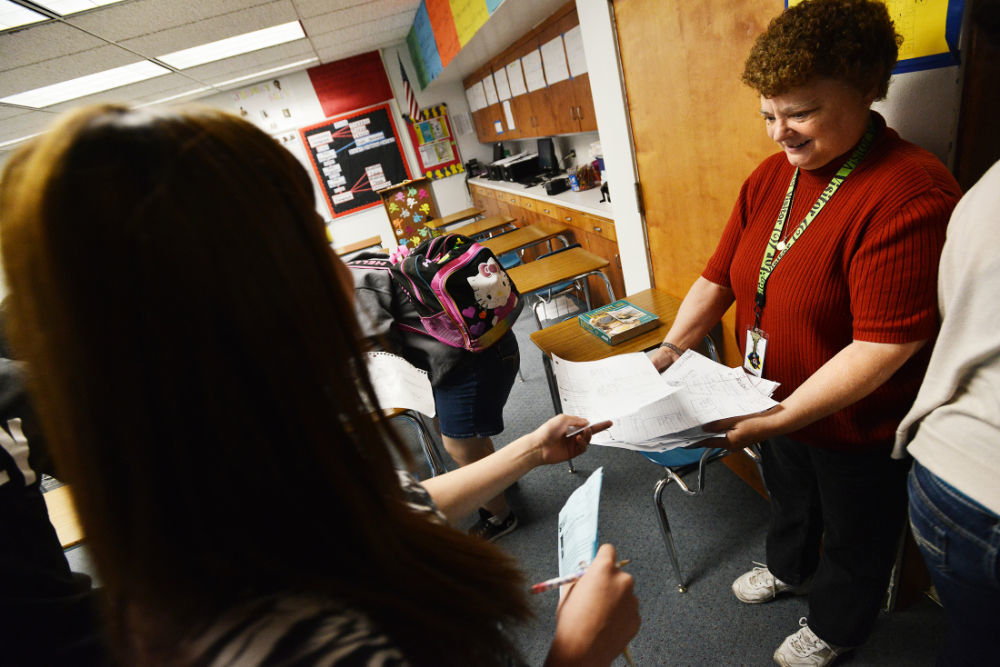 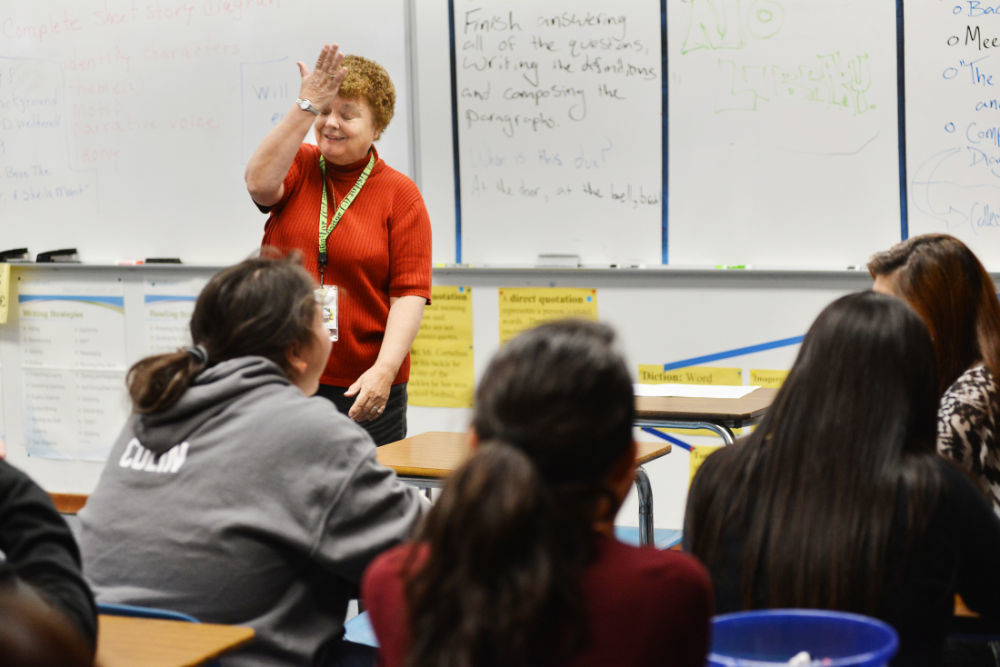 <p>Substitute teacher Francis Glenn says she likes to use comedy as a instructional tool while dealing with students.</p> 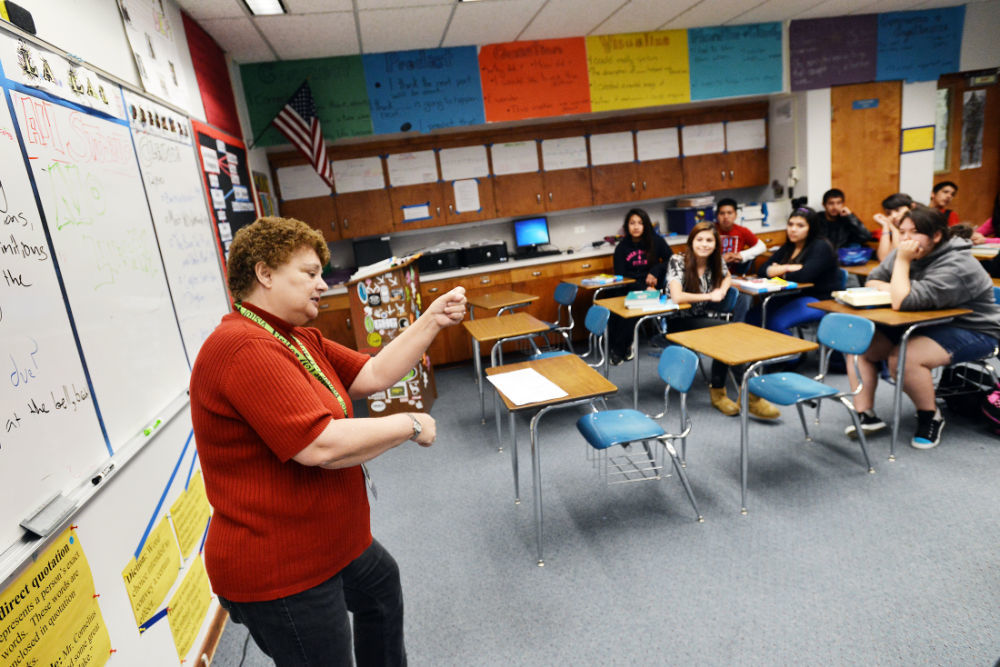 <p>Substitute teacher Francis Glenn makes a fishing gesture while taking about the day's reading assignment "The Bass, the River, and Sheila Mant" to a freshman language arts class Thursday at Riverside High School in Boardman.</p>

<p>Substitute teacher Francis Glenn says she likes to use comedy as a instructional tool while dealing with students.</p>

<p>Substitute teacher Francis Glenn makes a fishing gesture while taking about the day's reading assignment "The Bass, the River, and Sheila Mant" to a freshman language arts class Thursday at Riverside High School in Boardman.</p>

The phone rang at 5:30 a.m. Thursday, which is nothing unusual for Frances Glenn.

Glenn, 66, taught full-time in the district for more than 30 years, before retiring eight years ago to become a substitute. She knows the predawn wake-up calls can come any day of the week. Sometimes, schools will call even after classes have started.

But this morning, Glenn was already committed to substituting language arts classes for Sam Cornelius at Riverside High School in Boardman. With 130 teachers and 2,152 students in the district, the demand for substitutes is enough to keep her working about half-time, she said.

And though Glenn has the choice to turn down a job, she very rarely does.

As a substitute, Glenn no longer has control of the lesson plan, but is savvy enough to know she can plug in her own humor in any classroom. While discussing the short story The Bass, the River, and Sheila Mant,?Glenn talks with students about the 14-year-old main character just discovering his adultness.

He begins to have ... nice ... thoughts about this girl,?she said, to a laugh from the freshmen class.

It takes a friendly and confident attitude for substitutes to win the respect of students, Glenn said. Walk into the classroom with a chip on your shoulder and the kids will largely turn off.

Of course, it helps that these students know Mrs. Glenn. So do many of their parents. Glenn moved to Boardman and began teaching at Riverside in 1976. She keeps in touch with 1,000 former and current students on her Facebook account.

The respect is mutual. Glenn still smiles when she remembers substitute teaching several years ago at Irrigon High School, and the new kid in class who thought he could give her a hard time.

She never had to lay down the law. Her students did it for her.

They said, Oh no, shes the best sub! Glenn remembers, smiling. It was so funny. The kids here are very supportive, in both schools.

Respect for substitute teachers is a priority of Riverside principal Robert Elizondo. Students who choose to misbehave for any guest must sign a contract that, if violated, can earn them a suspension.

In return for his support, Elizondo is also strict with his substitutes. The job is not simply babysitting students, he said. The teachers must be able to engage, maintain order in class and follow the lesson plans.

I?hold the kids to a high standard, but I?expect a lot out of our substitutes as a result,?Elizondo said. I think we have great substitutes. They know the expectations, and typically they keep coming back, which is a good sign.

Glenn arrives about 45 minutes early for her classes, which gives her time to gather materials and read over the lesson plans for each class. Most faculty leave excellent plans, she said.

From there, Glenn is familiar with every teachers rules and standards. She avoids talking too much herself, and likes to keep students thinking with group discussions and questions.

The kids respond by being on task, theyre respectful of me and their peers, and they seem to enjoy the environment,?Glenn said. I?dont want to just sit up there and give my spiel.

Glenn will continue to teach as long as she finds it enjoyable, she said, but plans to stop before she starts seeing a third generation of students.

I?dont know if I?want to say that Ive taught their grandparents,?she said, with a laugh of her own.