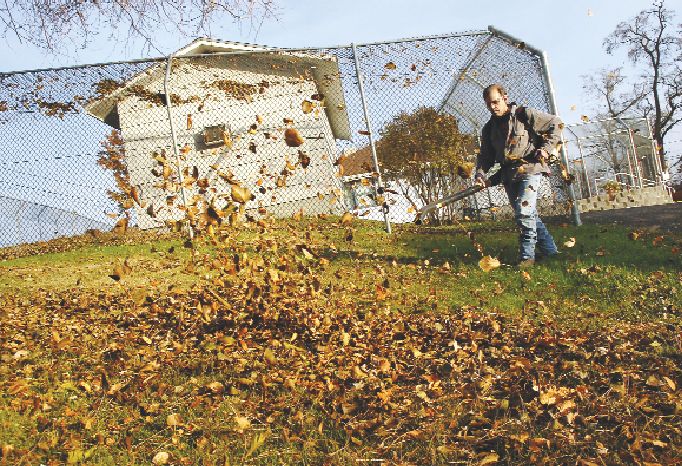 <p>James Barrett uses a leaf blower while performing his groundskeeping duties recently at the Pendleton Cottage. Barrett is a resident at Pendleton Cottage and holding a job is an important step in his recovery and reintegration into society.</p> 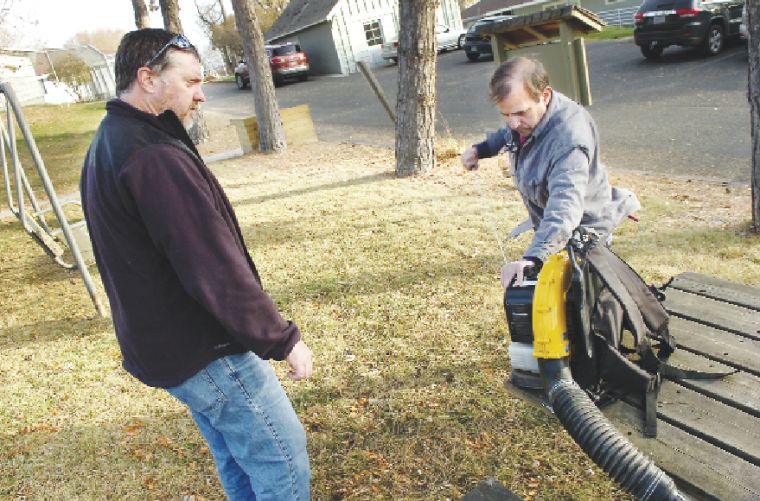 <p>James Barrett uses a leaf blower while performing his groundskeeping duties recently at the Pendleton Cottage. Barrett is a resident at Pendleton Cottage and holding a job is an important step in his recovery and reintegration into society.</p>

The 16 residents of Pendleton Cottage know how it feels to get lost in the scary back hallways of ones own mind.

They entered state custody after being judged guilty except for reason of insanity. Some of their crimes were shocking, and some jeopardized only themselves. But all crimes had one thing in common  they were committed while in the grip of mental illness.

All 16 men and women have worked their way back to mental health with a strict regimen of behavioral and drug therapy. Eventually, most will enter society again as free individuals.

James Barrett, 59, arrived at Pendleton Cottage almost three years ago via the Oregon State Hospital as one of the facilitys first residents. He told his painful story in hopes that the public could better understand the road he and others travel.

Barrett, who is bipolar, said he experienced his first break with reality at age 40. He described himself as a family man. He and his wife, an elementary school teacher, were raising two children. Barrett worked in a metal fabrication shop.

Bipolar people swing between mania and depression. Barrett started on the upswing.

I was euphoric, he said. There wasnt anything I couldnt do.

During his mania, he sank most of his money into three new business ventures before pitching headlong into a dark depression.

I lived in a quagmire, he said. It was a struggle to get up and do my laundry.

A diagnosis of bipolar disorder followed. Lithium got him back on track.

Ten years passed before the next episode. He and his wife had agreed to a divorce, so traumatic for Barrett that he thinks the break-up triggered his second full-blown incident. Barretts bipolar brain jumped the tracks.

He decided to scare his wife by sending smoke into the home they had once shared in Gresham. Barrett entered a crawl space under his house and lit some paper stuffed into a cardboard box. Upstairs, his wife, son and about 12 others talked and laughed at a social gathering.

The fire grew fast. Barrett stamped it out in a panic, but some of the burning material floated into a storage space and ignited into flame. He attempted to douse the fire, but fled as fire engines approached.

I went three blocks to a Plaid Pantry and drank coffee, he said, then decided to walk back and face the music.

Barrett was found guilty by reason of insanity and started the long road to rehabilitation. Like many in his situation, he lived at the Oregon State Hospital before getting permission from the state's ultra-strict Psychiatric Security Review Board to live at a community facility. To move into Pendleton Cottage, he needed to have a history of stability that indicates he is nearly ready to go back into society.

As the facilitys first patients, Barrett and two others got their choice of bedrooms. Compared to the Oregon State Hospital, their new home seemed almost too peaceful.

The first few days, they had trouble sleeping because it was so quiet, said Pendleton Cottage Director Jenny Peters. They wanted the rooms closest to the dining room, so they could hear staff.

The residents work through a series of milestones in the states Passport System to gain increasing independence. Near the end of their stay, they are allowed to venture into town alone. Each new milestone must be approved by the PSRB. Once approved, the resident is held accountable.

Your privileges can go away, said Dayna Agee, Barretts case monitor. Its not easy to get privileges back once you lose them.

Therapy fits the unique challenges of each resident. They also learn life skills such as cooking, shopping, bill paying and resumé writing. Residents vie for jobs at the compound by applying and going through the interview process. They practice relationship skills and do community service. Some of the residents are helping to clean up the old Eastern Oregon Training Center campus. Barrett makes piñatas to donate to the Eastern Oregon Childrens Museum.

Security is an issue at the facility. An eight-foot fence surrounds two eight-bedroom houses. The fence features no-climb mesh, a two-foot extension that juts out at an angle and an alarm triggered by motion.

By the time residents are allowed to leave the facility alone, Peters said, they are ready.

Barrett is getting stronger. His self esteem and dry wit has returned.

He sometimes escapes into his bedroom for some peace away from his flurry of daily activities. His personal oasis sports an RCA flat screen television he bought with earnings from his jobs. He researched televisions on the Internet and comparison shopped at community stores.

On the wall, his Passport certificates were proudly framed and displayed next to photos of his family. A gooseneck lamp shed a pool of light on his twin bed where a copy of The Life and Times of Nicola Tesla waited for his attention. His calendar revealed appointments to walk, visit a neurologist and watch a movie.

These days, Barrett allows himself to dream about the future.  He loves to work with metal and had completed a four-year metal fabrication apprenticeship before his sentencing. He envisions a small business where he creates ornamental railings, lawn art and other creations.

Peters and her staff never tire of watching the residents inch ever closer to their dreams.

We get to watch them progress, Peters said. We get to see people succeed.