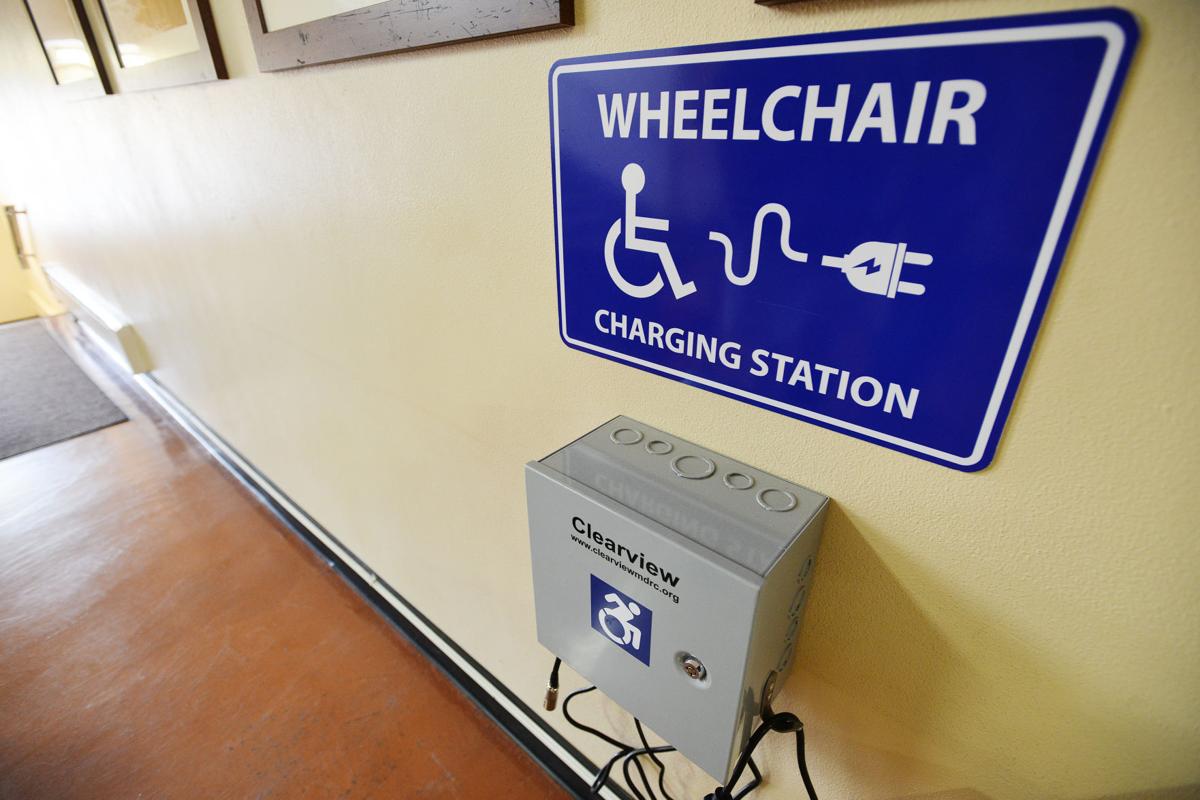 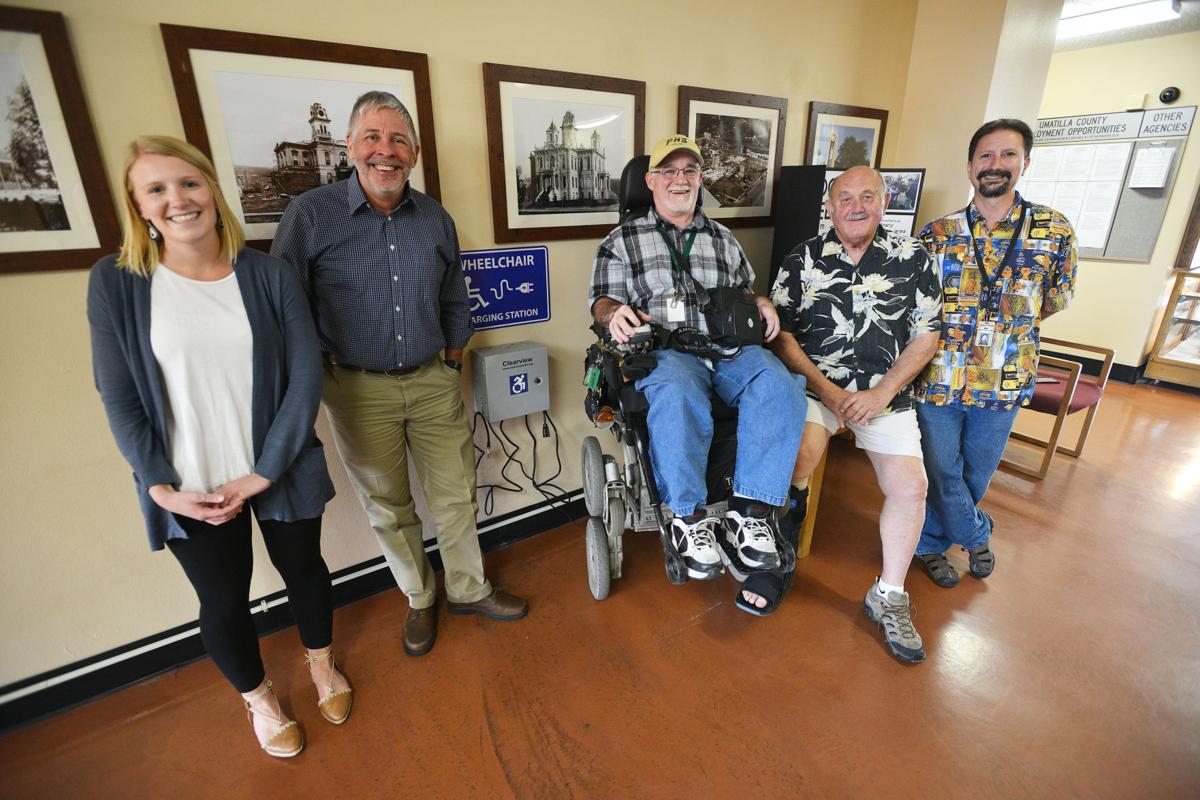 The charger, a gray box containing an air-cooled, five-amp unit, is the brainchild of Pendleton’s Darrin Umbarger.

Umbarger relies on a wheelchair because of his multiple sclerosis and dreamed up the charger two years ago as a way to mitigate fears of a dead battery.

“I thought I’d just make a couple for Pendleton,” he said. “It’s only expanded from there.”

Pendleton was the first city in the United States to install the chargers, said Donnie Cook, superintendent of the Parks and Recreation Department. The department alone put in 10, including two at the aquatic center.

And this summer, Umatilla County Health installed 15 thanks to the Plan 4 Health initiative funded by Good Shepard Medical Center. Seven are housed in Pendleton, five in Hermiston, two in Milton-Freewater, and one each in Stanfield and Pilot Rock. Ginny Kearns, an intern with Umatilla County Health who helped oversee the installations, said they had plenty of candidates for good spots — anywhere that was open and convenient. Based on the success in Pendleton, the department had no doubts people would use them.

“Just having the chargers around is symbolic,” said Jim Setzer, the county health director. “We’d like to make it so it’s easy to be healthy in the community. The county is committed to inclusion, and we hope we’ll show the way for everyone else.”

Umbarger said he’s unaware of any other companies that make the charging stations. He’s already sold about 60 at a retail price of roughly $350. The Oregon State Capitol was one notable customer. This June, Oregon became the first capitol with a charging station.

One county in Ohio has also installed a few chargers, and Umbarger said he got a call from the St. Louis Zoo about two weeks ago.

“These could be everywhere,” Umbarger said. “If you have time to sit and wait, you could be charging.”