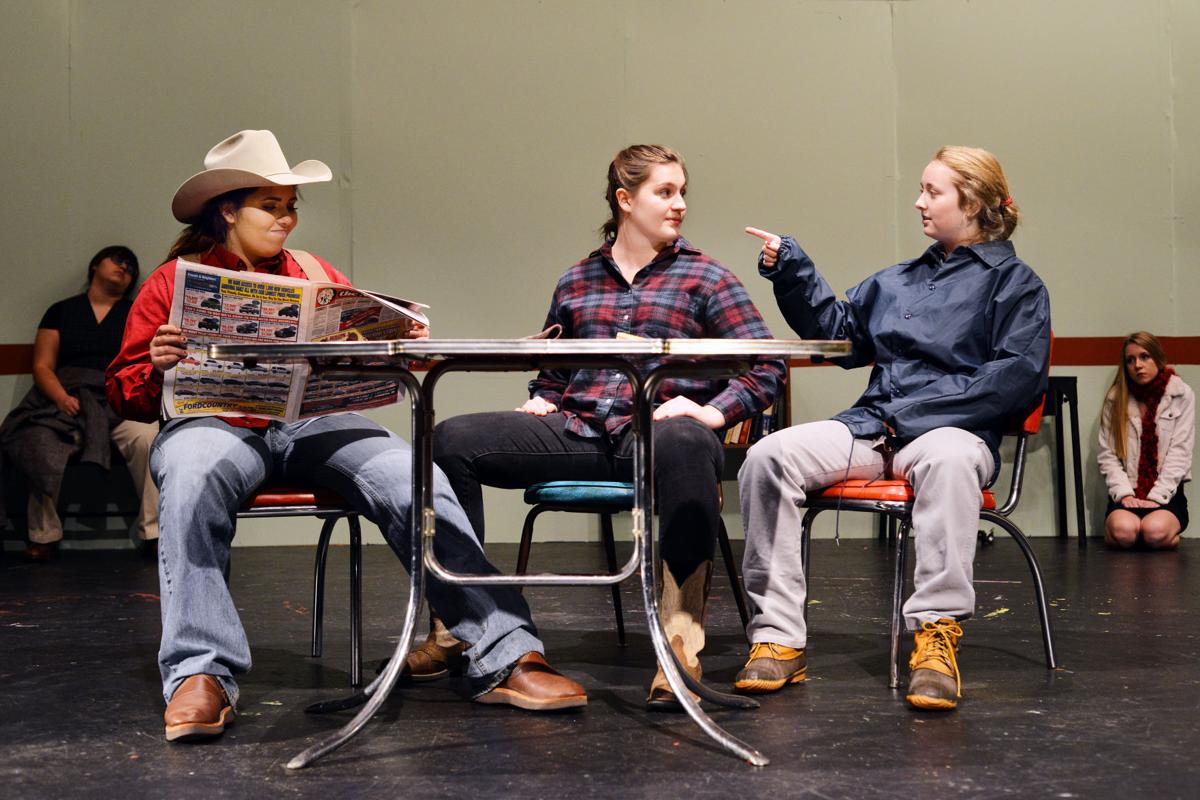 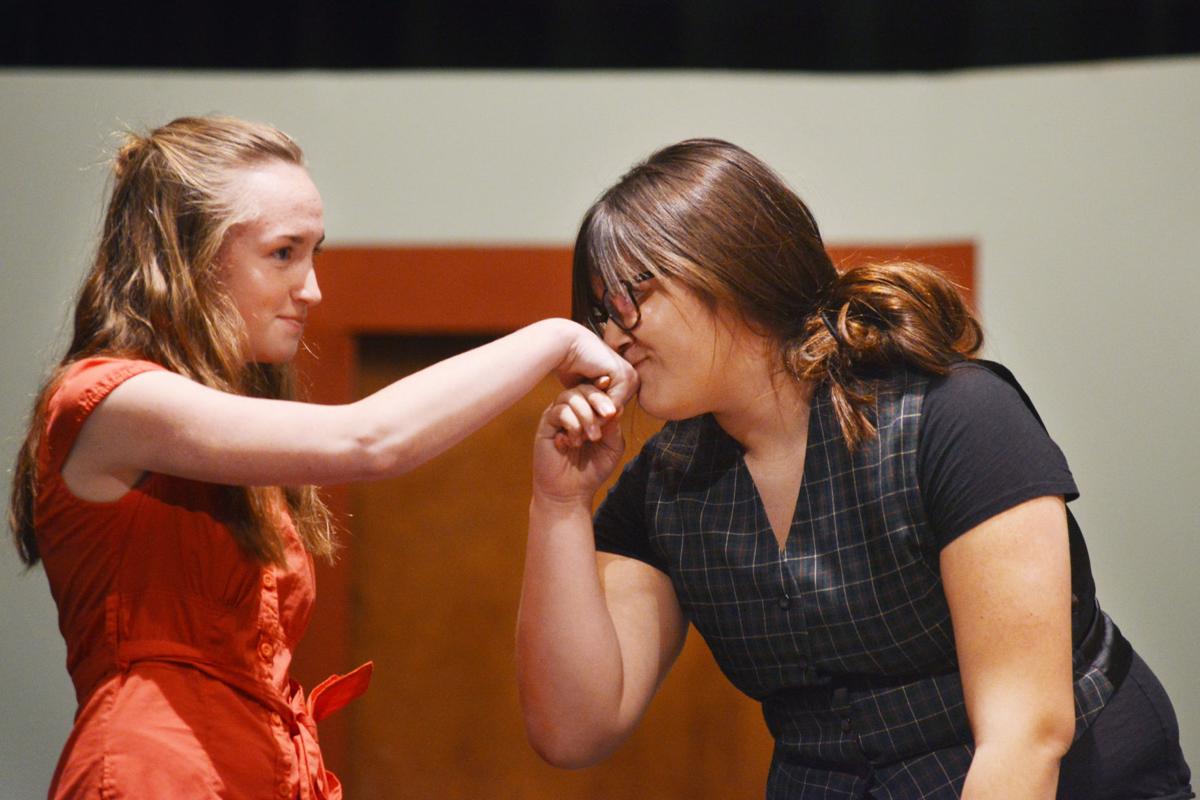 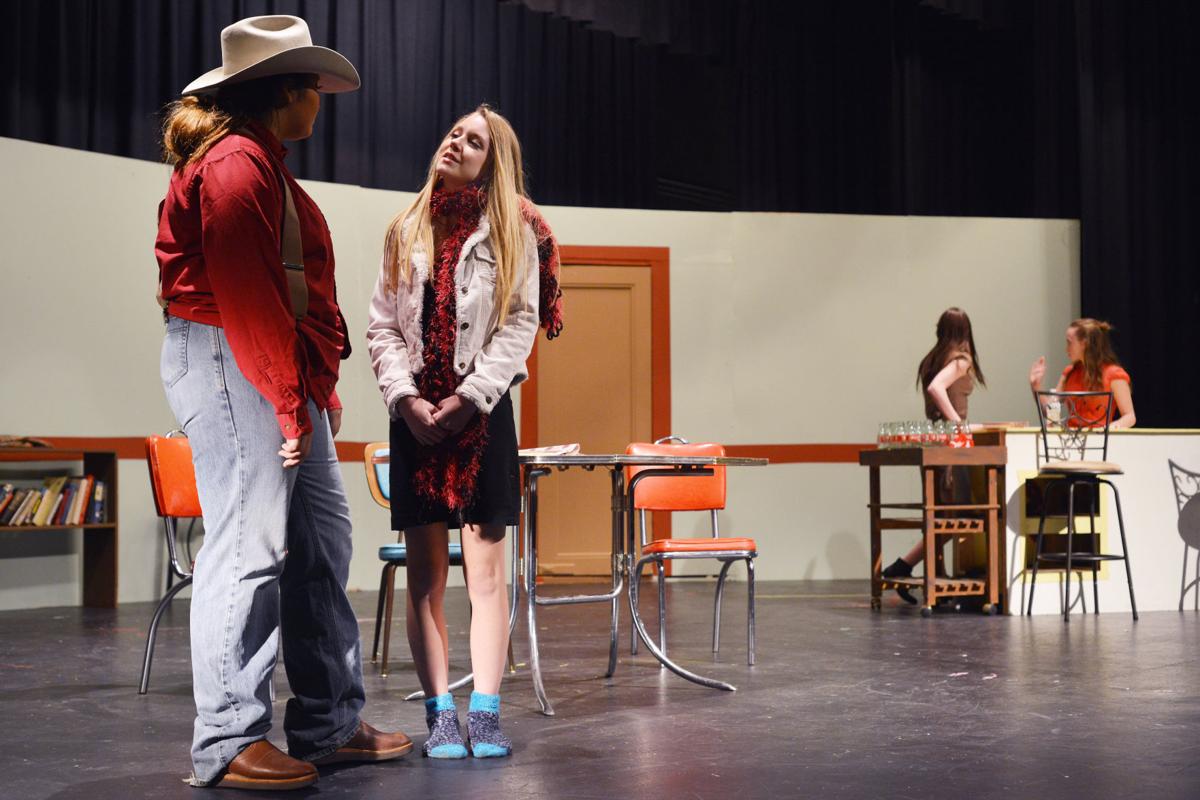 The cast of “Bus Stop” will try to show Pendleton that sometimes the best man for the role is a woman.

The play, written and performed in the 1950s, is awash in traditional gender roles. Set entirely in a Kansas City, Mo., diner, the story centers around a group of bus passengers forced into the restaurant after a blizzard closes the road.

One of the reasons Pendleton High School teacher Shannon O’Rourke decided to revive the play was because its roles were divided equitably between male and females.

But when “Bus Stop” opens at the high school auditorium on Thursday, all seven characters featured in the play — from swashbuckling cowboy Bo Decker to troubled philosophy professor Gerald Lyman — will be played by girls.

Taking a break from rehearsal Tuesday, the cast alternated between humor and earnestness when describing an unintentionally new take on an old play.

Sophomore Cameran Miltenberger, who plays the sage ranch hand Virgil Blessing, said the challenge of acting in an opposite gender isn’t just the way the character talks or the clothing he wears, but in the way men carry themselves.

Miltenberger said she pops her hip out when standing idly and constantly has to remind herself to stand up straighter.

Although O’Rourke appreciates how close the girls have grown since they were cast in September, she didn’t stage an all-female rendition of “Bus Stop” because of a personal preference, or to make a political statement.

O’Rourke was familiar with the play from her time as a student teacher assisting with a production in 2001. And she thought a drama would be a good change of pace after a spate of comedies in recent years.

Although the cast of characters was fairly balanced between men and women, the auditions were not — 20 girls went out for parts, compared to three boys.

O’Rourke said the gender of the students interested in the school play is cyclical, oscillating between casts heavy on males and females.

The gender makeup of the actors has sometimes informed the plays chosen in the past, like staging the male-heavy “One Flew Over the Cuckoos Nest.” O’Rourke leaned into it.

Throughout the audition process, O’Rourke found that the girls were better at embodying the masculine qualities of the characters than the boys were, convincing her to go with the all-female slate of actors.

The play opened Thursday and runs through Saturday at the Pendleton High School Auditorium. Shows start at 6:30 p.m. and the cost is $6 for adults and $4 for students.