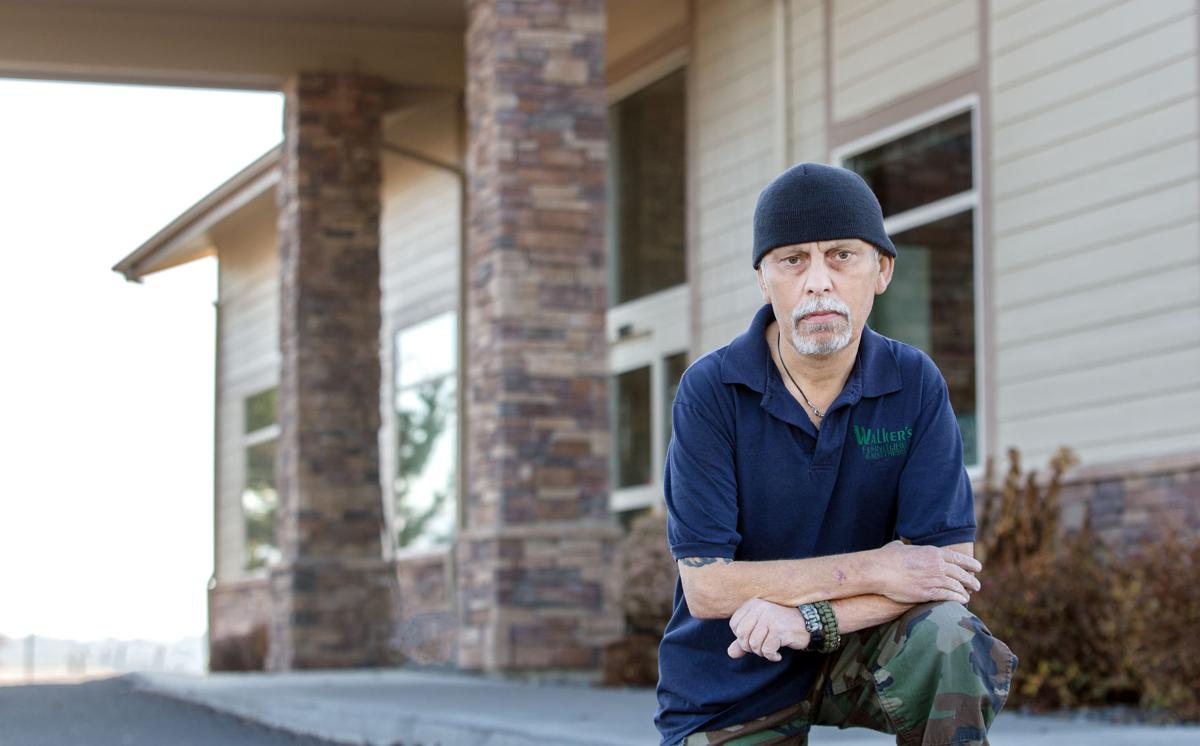 Gary Briggs has been on a waiting list for a year to get into the Blue Mountain Kidney Center (behind him), which is seven minutes from his Pendleton home. Instead, he drives to Fresenius Kidney Care in Milton-Freewater. 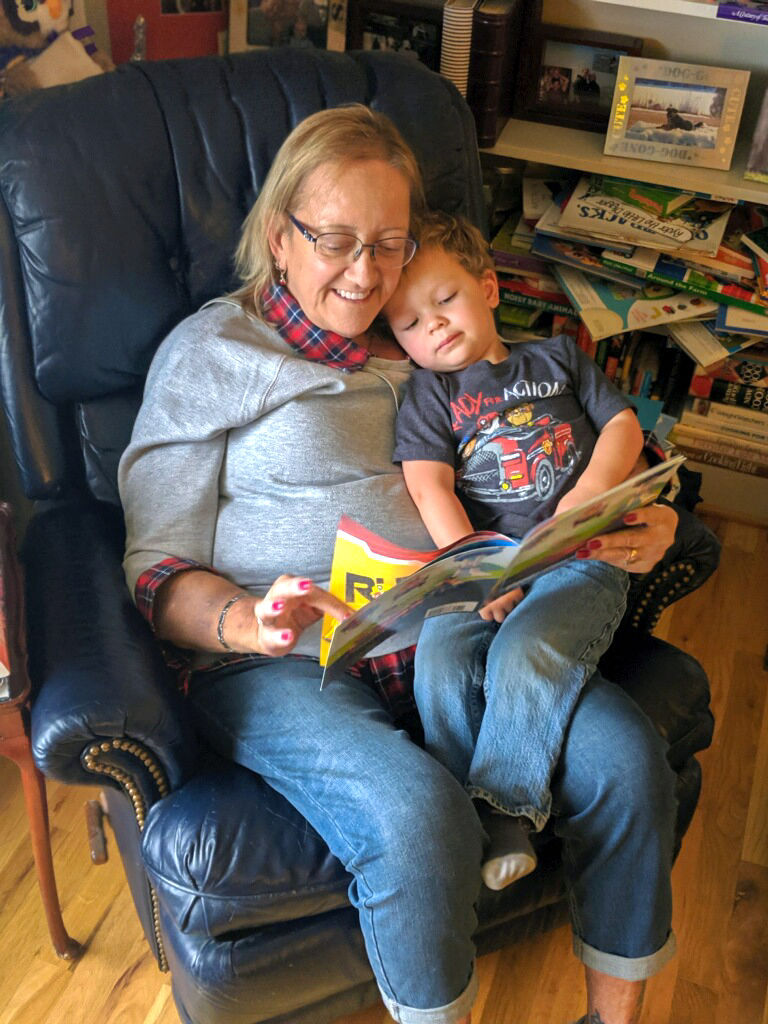 Terri White reads a book to her grandson, Ryder Zollman, during a recent visit to Pendleton to celebrate Ryder’s birthday. 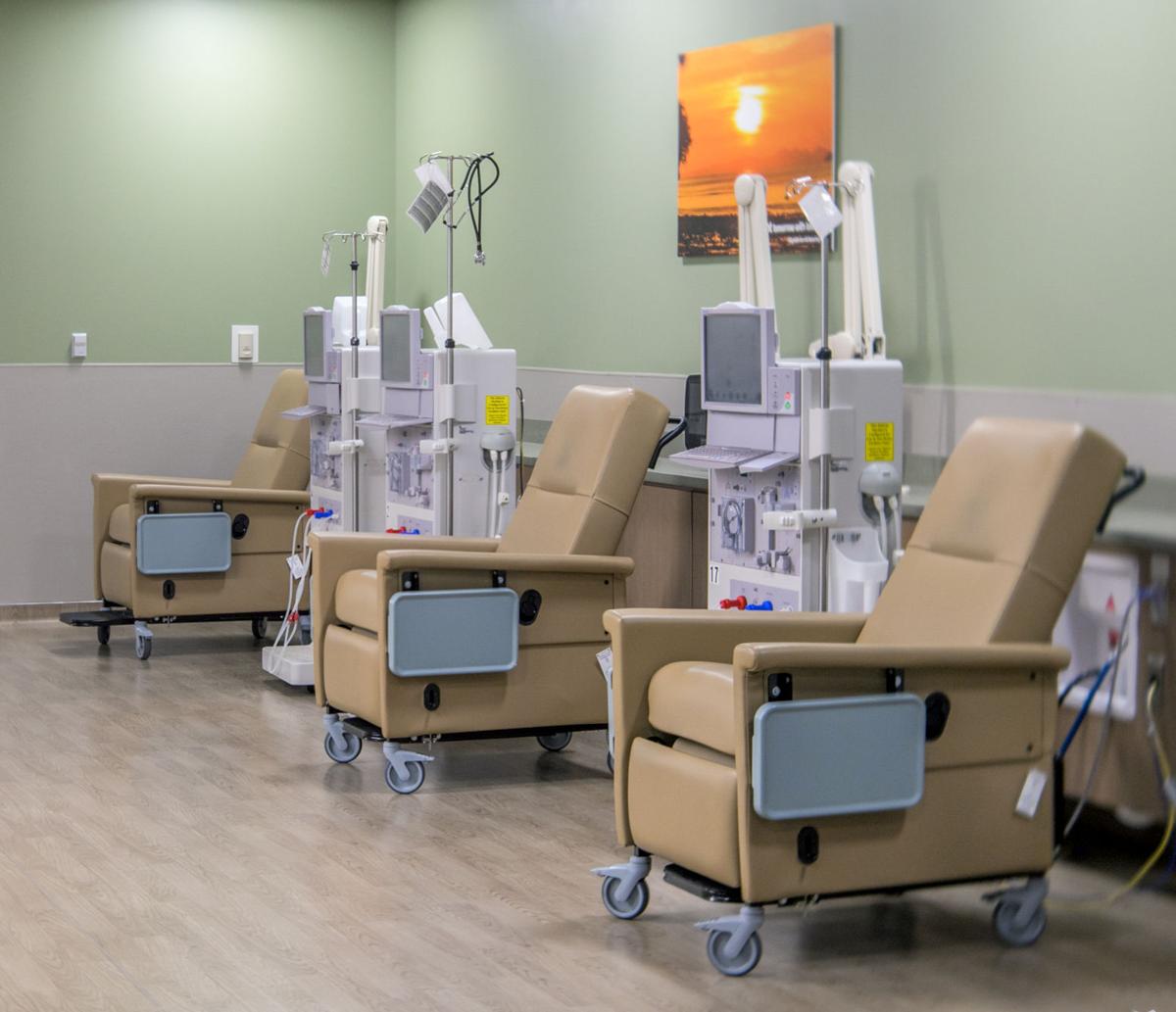 Gary Briggs has been on a waiting list for a year to get into the Blue Mountain Kidney Center (behind him), which is seven minutes from his Pendleton home. Instead, he drives to Fresenius Kidney Care in Milton-Freewater.

Terri White reads a book to her grandson, Ryder Zollman, during a recent visit to Pendleton to celebrate Ryder’s birthday.

PENDLETON — Welcome to the stressful world of kidney failure.

Gary Briggs is one of more than 700,000 Americans with end-stage kidney disease. The Pendleton man tolerates four-hour dialysis treatments three times a week to remove toxic waste and excess fluid from his body.

Briggs’ medical odyssey started about 11 years ago when his kidneys started malfunctioning. His doctor warned he eventually would go on dialysis. A year ago, it was time. Unfortunately, the Blue Mountain Kidney Center in Pendleton — seven minutes from Briggs’ home — was full, so he started driving to Fresenius Kidney Care in Milton-Freewater about 30 miles away. The first treatment brought marked relief.

“I didn’t realize how bad I was feeling,” Briggs said. “I felt like I’d been recharged. My energy level rose.”

However, he feels exhausted following each treatment. Driving home from Milton-Freewater is a chore, especially in bad weather. Over the past year, Briggs rose from sixth to fifth on the Pendleton waiting list. He figured spots only open for three reasons: someone dies, gets a transplant or moves.

According to the National Kidney Foundation, chronic kidney disease now affects 15% of Americans, thanks to an increasing prevalence of diabetes and obesity and an aging population.

“Kidney disease has been on the rise for three decades,” said Dr. Christos Argyropoulos, a nephrologist from the University of New Mexico School of Medicine who is affiliated with the NKF. “More people need dialysis. Especially in rural areas, people are sometimes in a situation where they end up on a waiting list for a dialysis chair.”

Reasons include a shortage of dialysis nurses willing to move to rural areas. As the population ages (including about 700,000 nurses predicted by the American Nursing Association to retire by 2024), an overall shortage of nurses looms.

So, access is an issue. Clinics can’t simply add more hours unless they can also find more nurses.

Terri White has her blood filtered at a clinic near her California home. It’s when she travels that access to dialysis clinics sometimes becomes an issue.

Recently, White and her husband planned a trip to Pendleton to celebrate her grandson’s third birthday with daughter Casey White-Zollman and son-in-law Casey Zollman. White called for an appointment at Davita Blue Mountain Kidney Center in Pendleton and learned the clinic had no openings. Widening the net, she called dialysis clinics in Hermiston, Milton-Freewater and Walla Walla, Washington. All were completely booked.

“It was extremely stressful,” White said.

Finally, she scored an appointment in Kennewick, Washington, an hour away. The day before she arrived, a chair at DaVita’s Hermiston Dialysis Center opened up. White would have to twice drive about 40 miles to the clinic and back from Pendleton, but she would get cherished time with her grandson on his birthday.

Briggs and White got good news this month. Davita Regional Operations Manager Aleisa Salutegui said the company will add an extra shift in the first quarter of 2020 that expands operating hours to 8 a.m. to 10 p.m. on Monday, Wednesday and Friday. Briggs now sits at the top of the waiting list. White has more chance of getting in on her visits to Pendleton.

Salutegui said the clinic averaged a roster of 21 patients from 2014 to 2018, but demand grew suddenly in 2019. Davita’s Hermiston clinic, with a capacity of 60, averages 42 regular patients. Some are Pendleton residents hoping to eventually transfer to their hometown clinic.

Salutegui said the company keeps a close eye on census changes and tries to recruit talent immediately to stay ahead of the game.

“In Pendleton, this was a new trend,” she said. “This was unexpected.”

While the company tries to act quickly when demand changes, hiring sometimes takes a while.

“Recruiting nurses can be competitive,” Salutegui said. “Sometimes recruiting talent to rural areas can be more of a struggle.”

However, a team of four is currently training to staff the new shift.

A national development last summer may change the way patients receive dialysis, shifting them away from clinics like the one in Pendleton. In July, President Donald Trump signed an executive order to develop policies to encourage patients with end-stage kidney disease to dialyze at home rather than in clinics. Centers, where 88% of patients get dialysis, are more expensive. Medicare pays an average of about $90,000 annually for each patient receiving dialysis at centers.

Reaction to the executive order is mixed.

Richard Knight, president of the American Association of Kidney Patients, calls the move a win for patients.

“We are totally behind the executive order and advocating to push it forward,” said Knight, who underwent dialysis himself before getting a kidney transplant. “Home dialysis provides better outcomes.”

He said one reason more patients don’t choose home dialysis is fear, but “training helps the fear go away.”

Argyropoulos, the nephrologist affiliated with the National Kidney Foundation, isn’t convinced. He said Trump’s goal regarding patients in home dialysis may be unrealistic. He points to Canada, which has reached 25% after a concerted effort.

Home hemodialysis isn’t right for everyone either, he said. People with poor eyesight, cognitive impairment or frailty will struggle.

Knight hopes critics will give the strategy a chance.

Davita, one of two industry giants in this country, watched its stock value drop after the executive order was announced, then rebound. DaVita CEO Javier Rodriguez said in a news release the company is accelerating its role in providing education and technology for home dialysis patients.

Argyropoulos expects smaller clinics to start disappearing with the shift to home dialysis.

“Some clinics will close in the next few years because of the executive order the president signed,” he said. “When you reduce the money flowing into the system, you effectively institute a pay cut.”

White, who has a genetic condition called polycystic kidney disease, watches these new developments with interest. She used home dialysis for a while, but developed hernias from the process and had to stop. A transplant isn’t an option because of a lung condition that reacts badly to anti-rejection drugs.

Three days a week, she sits in her dialysis chair watching television, looking at her iPad or cheerfully shooting the breeze with other patients. Since she sits in the first chair, they call her the greeter.

“This is my lifestyle now,” she said. “I have to make the best of it.”

As for Briggs, he’s nervous about home dialysis, but considering it for the future. Because of his own health challenges, he’s developed empathy for others and acceptance of his circumstances.

“I can’t change it,” he said. “For whatever reason, this is the plan for me.”

He rejoices in the small victories, such as the soon-to-be switch to the Pendleton clinic, saying, “It feels like Christmas.”