The rear end of a motor home burns Friday on Southwest Emigrant Avenue in Pendleton. 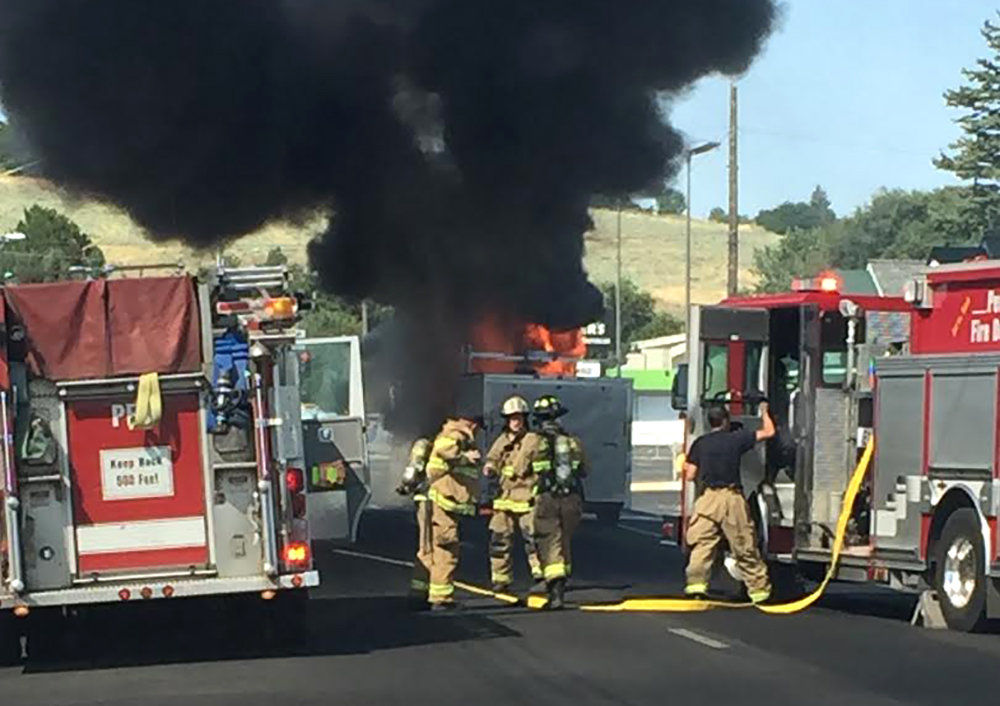 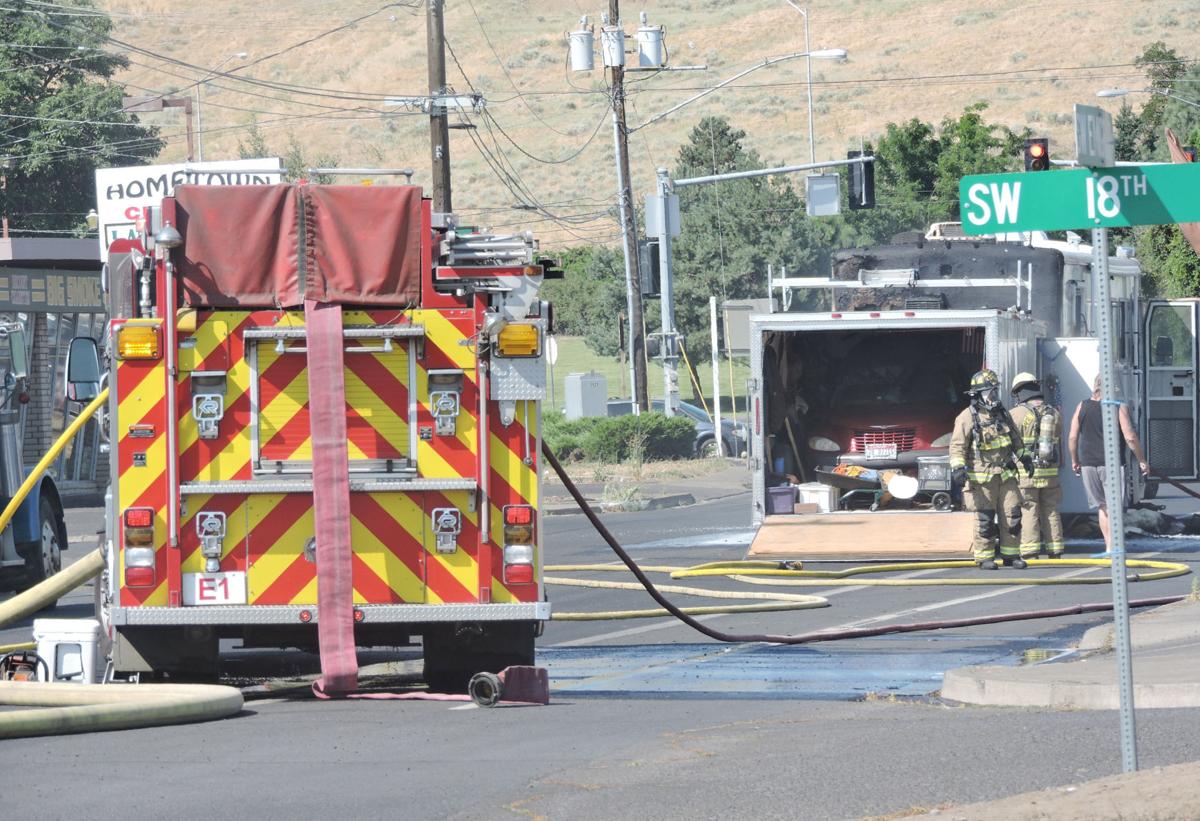 The rear end of a motor home burns Friday on Southwest Emigrant Avenue in Pendleton.

The blaze likely started in the vehicle’s engine compartment before spreading into the coach, according to Pendleton Fire Chief Mike Ciraulo. Bystanders watched as a cloud of thick, noxious black smoke forced police to temporarily close the road.

“It was nasty,” Ciraulo said.

Carrie Beloit, of Lewiston, Idaho, was eating breakfast with her husband, Tom, at Cadillac Jack’s when they first noticed the RV in flames.

“The back end was all engulfed,” said Beloit, who is visiting for Pendleton Bike Week. “It’s very heartbreaking. It’s like losing your home.”

No one was hurt, though the RV is likely destroyed, Ciraulo said. It was also towing a trailer with a vehicle and other equipment inside that sustained some minor smoke damage. The couple was driving through Pendleton on their way to the coast, he said.

Friday marked the second motor home fire in Pendleton in the last two months. On June 8, an RV burned up on Southwest Court Avenue near the Round-Up Grounds, hauling $80,000 worth of pinball materials. The driver was not hurt.