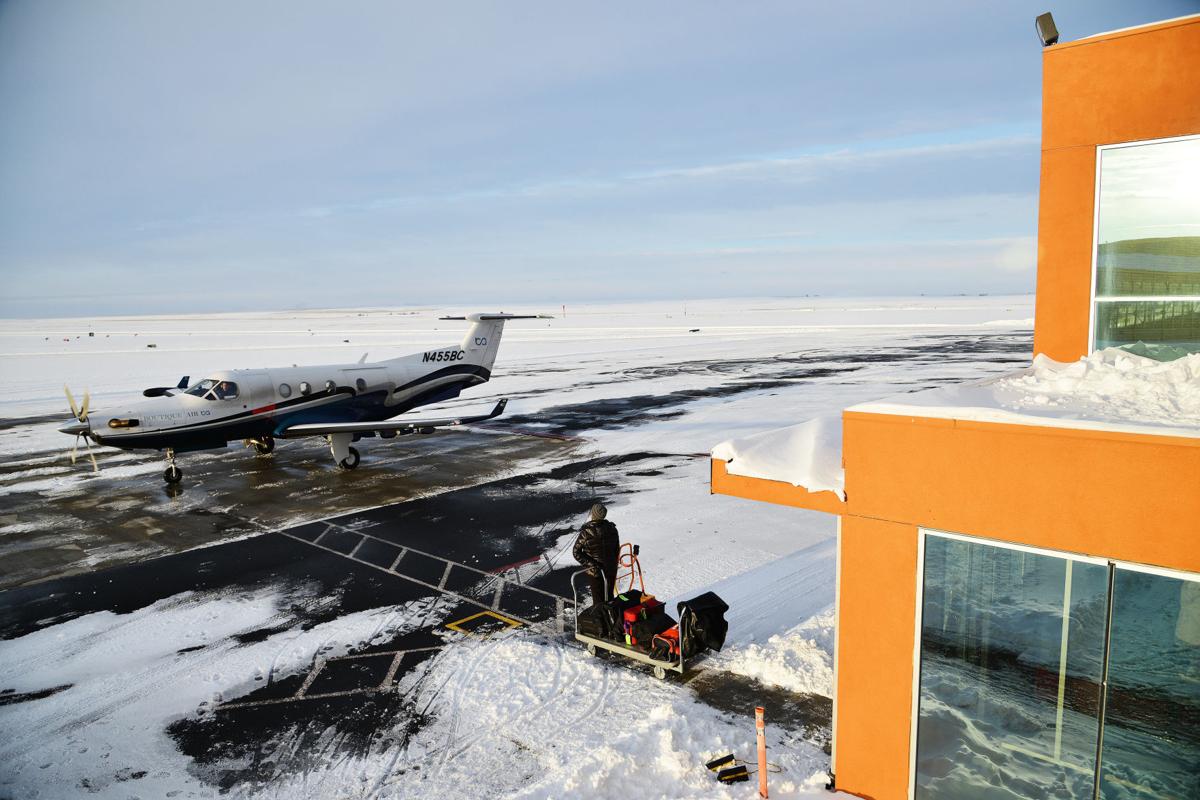 A Boutique Air flight out of Portland taxis to a stop on the tarmac Thursday at the Eastern Oregon Regional Airport in Pendleton. 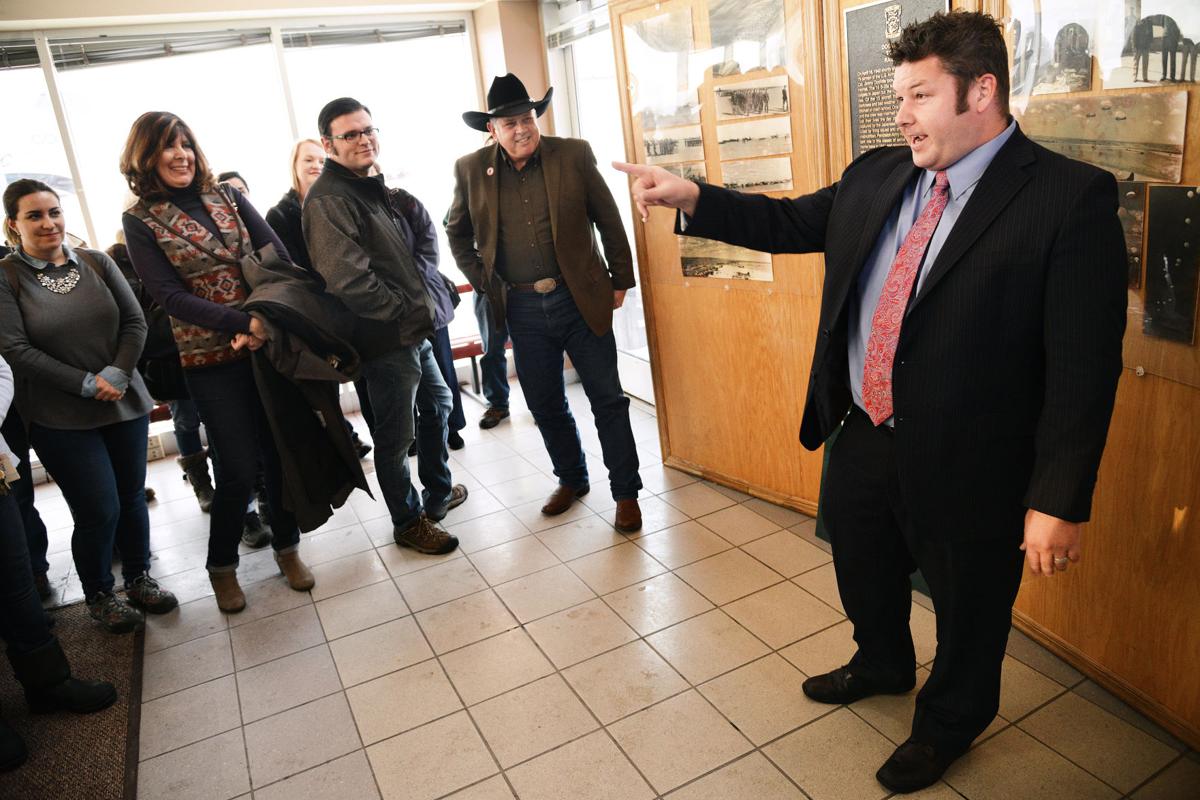 A Boutique Air flight out of Portland taxis to a stop on the tarmac Thursday at the Eastern Oregon Regional Airport in Pendleton.

It might have been one of the biggest welcoming parties for a commercial flight in Pendleton airport history.

A few dozen local officials and members of the public crammed into the former Transportation Security Administration screening room to greet the mid-afternoon flight on Wednesday.

Four weeks after Boutique started providing air service between Pendleton and Portland, the city and the San Francisco company celebrated the latter’s arrival with a ribbon cutting ceremony.

One of those arriving on the flight was Boutique director of operations Mat Butcher, who told the assembled crowd about his familiarity with Pendleton.

Before he started working for Boutique, Butcher worked as a pilot for SeaPort Airlines when it was the city’s commercial service provider.

Between optimistic speeches from Mayor John Turner and airport manager Steve Chrisman, Butcher recalled his days attending the Round-Up and expressed excitement that the pilot’s house on airport grounds has been renovated.

Butcher also provided a brief history of Boutique, which grew from one plane in 2007 to its current fleet of 20 serving airports across the country.

While the positive vibes were strong at the airport, it was only eight years ago that SeaPort arrived in town as the young, expanding company looking to replace the previously entrenched incumbent.

With passenger numbers falling and the U.S. Department of Transportation threatening to pull Pendleton’s Essential Air Service subsidy, SeaPort began 2016 by filing for bankruptcy and ended it by grounding all its flights after the city council selected Boutique as its new provider.

Instead of SeaPort’s fleet of leased Cessna Caravans, Butcher said it owns all of its Pilatus PC-12, a make and model of plane faster and more comfortable than the Cessna.

“The quality of the plane goes a long way,” he said.

Butcher said Boutique is also better suited to weather pilot shortages, a setback SeaPort pointed to when explaining its bankruptcy, because it pays its pilots better than the competition.

In an interview, Chrisman said the early feedback on Boutique has lived up to the company’s pitch when it bid for Pendleton’s services.

Chrisman said the city’s best way to help prevent Boutique from replicating SeaPort’s struggles in Pendleton is to keep an open line of communication.

“Not to dance on SeaPort’s grave, but this was a good move,” he said.

Chrisman said he saw opportunities to grow Boutique and the airport’s customer base by stepping up marketing efforts to the regions other population centers like Hermiston, La Grande, Baker City and Walla Walla.

Butcher said some of the early returns from the first few weeks of service have shown positive signs. If passenger numbers continue to grow, he could see Boutique adding more flights or enlisting larger planes sometime in the future.