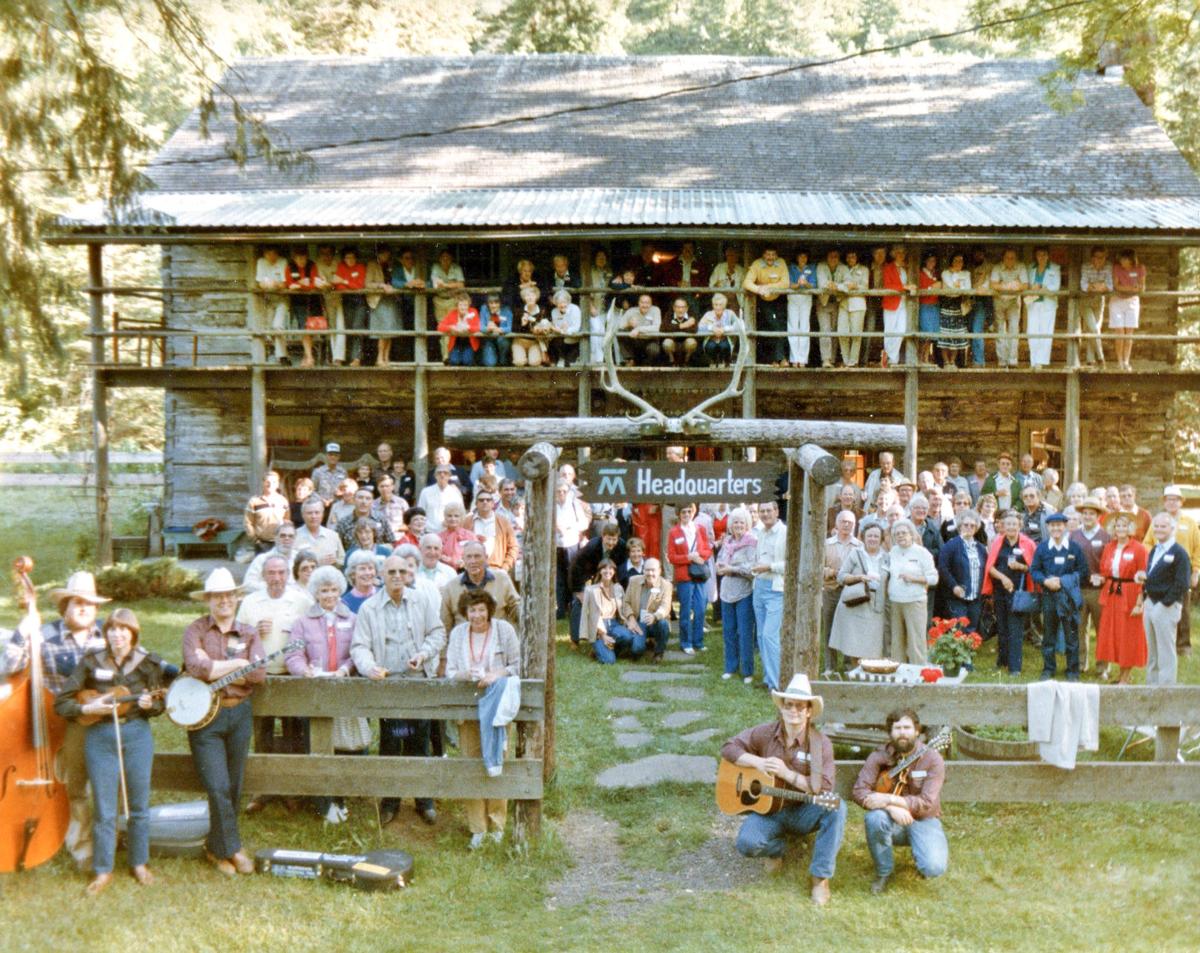 Rotarians and their wives gather for a photo during a Rotary Ann party at the Bar M Ranch in 1984. 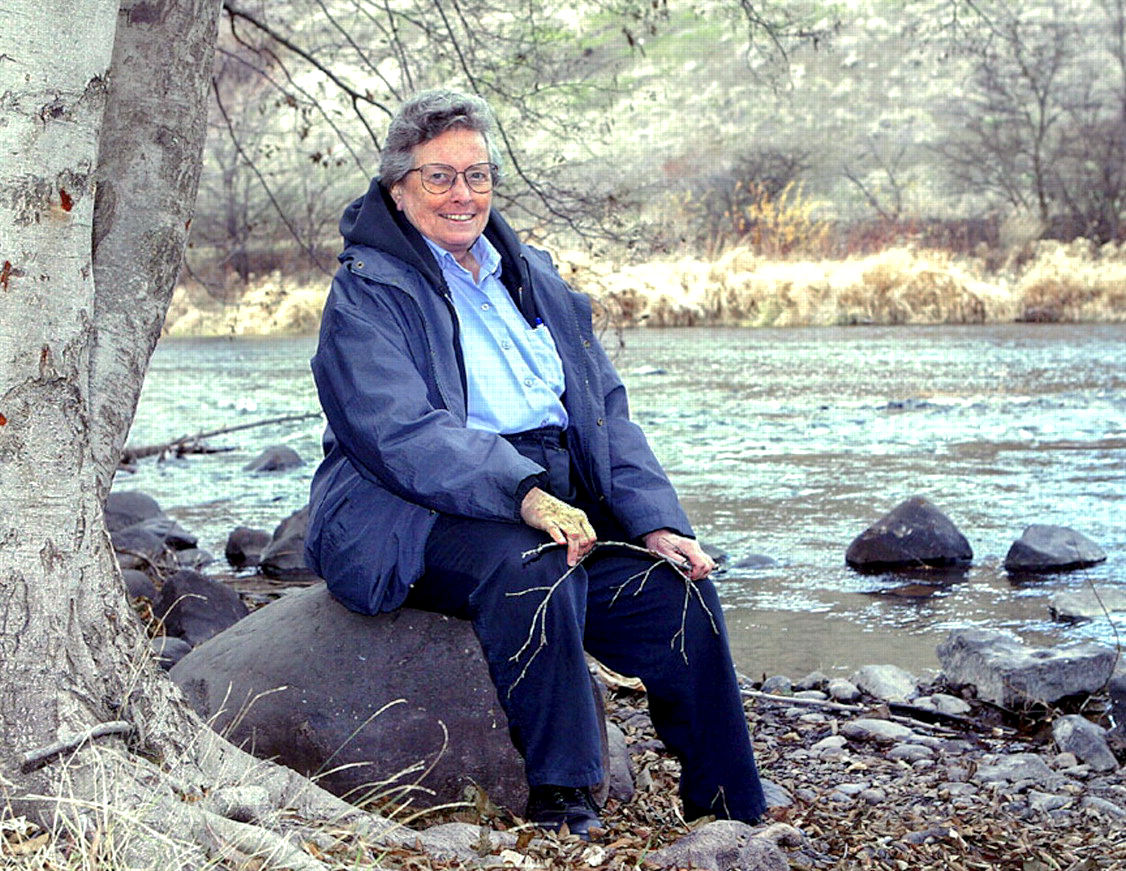 Betty Klepper, a scientist at the USDA Columbia Plateau Conservation Research Center in Pendleton, was the club’s first female member. She joined in 1990. 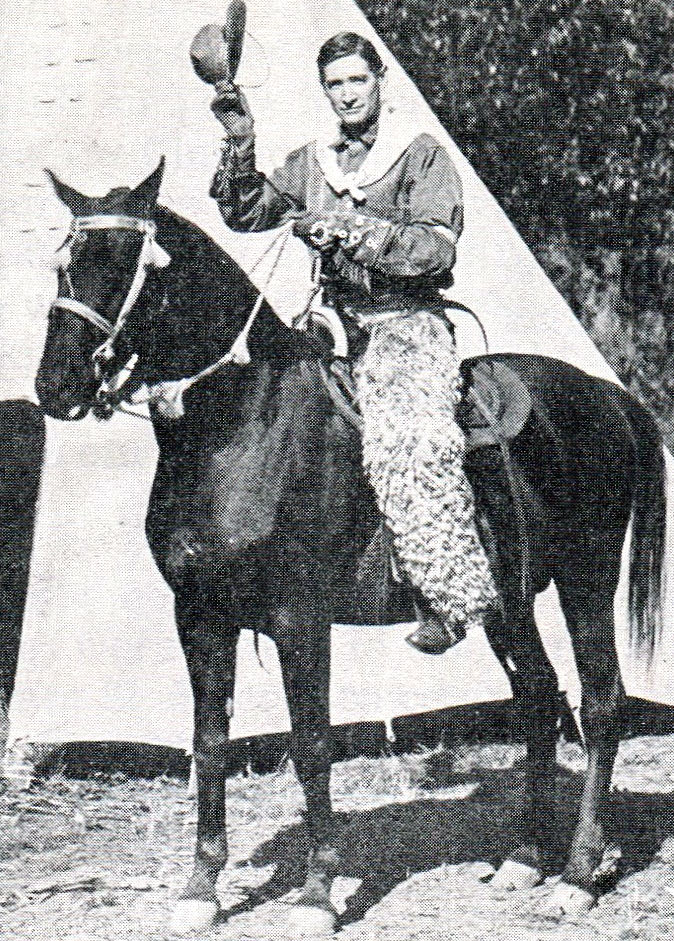 J. Roy Raley was one of the Pendleton Rotary Club’s founding organizers. He served as president in 1927-28. 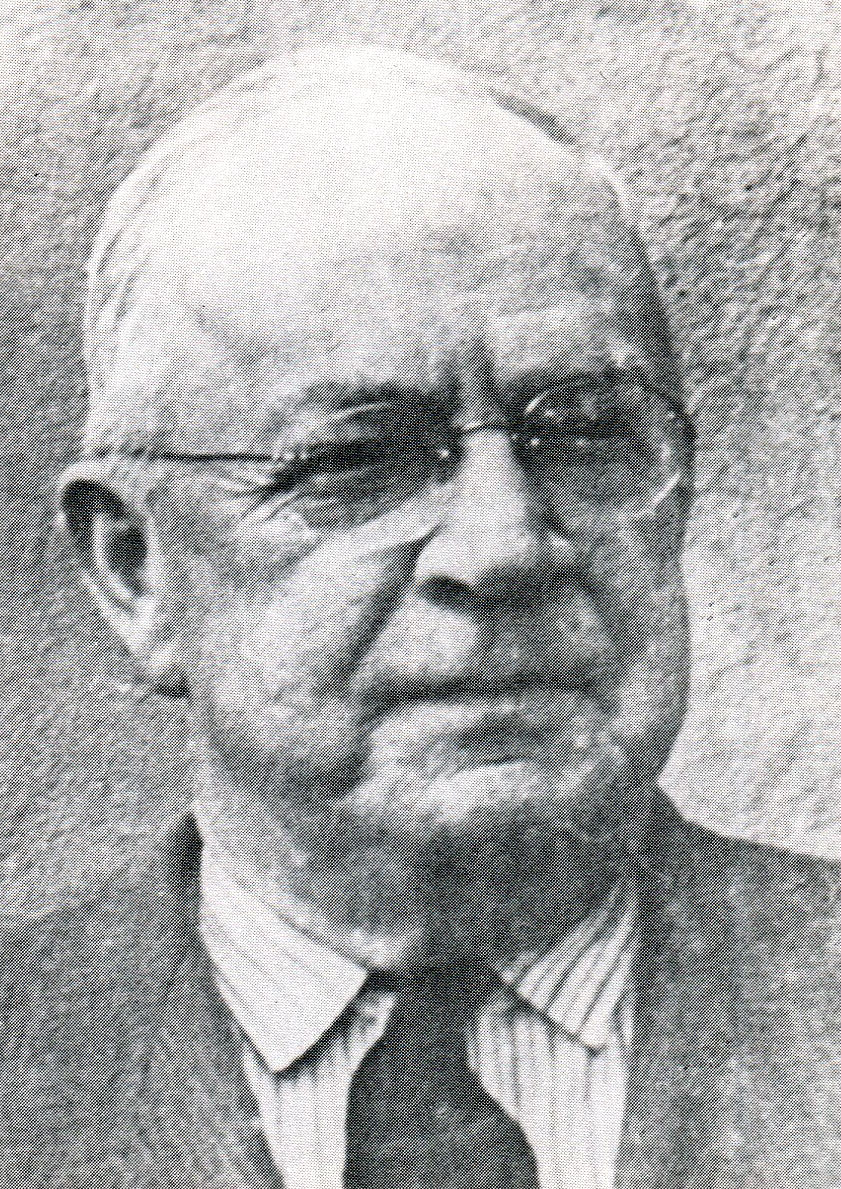 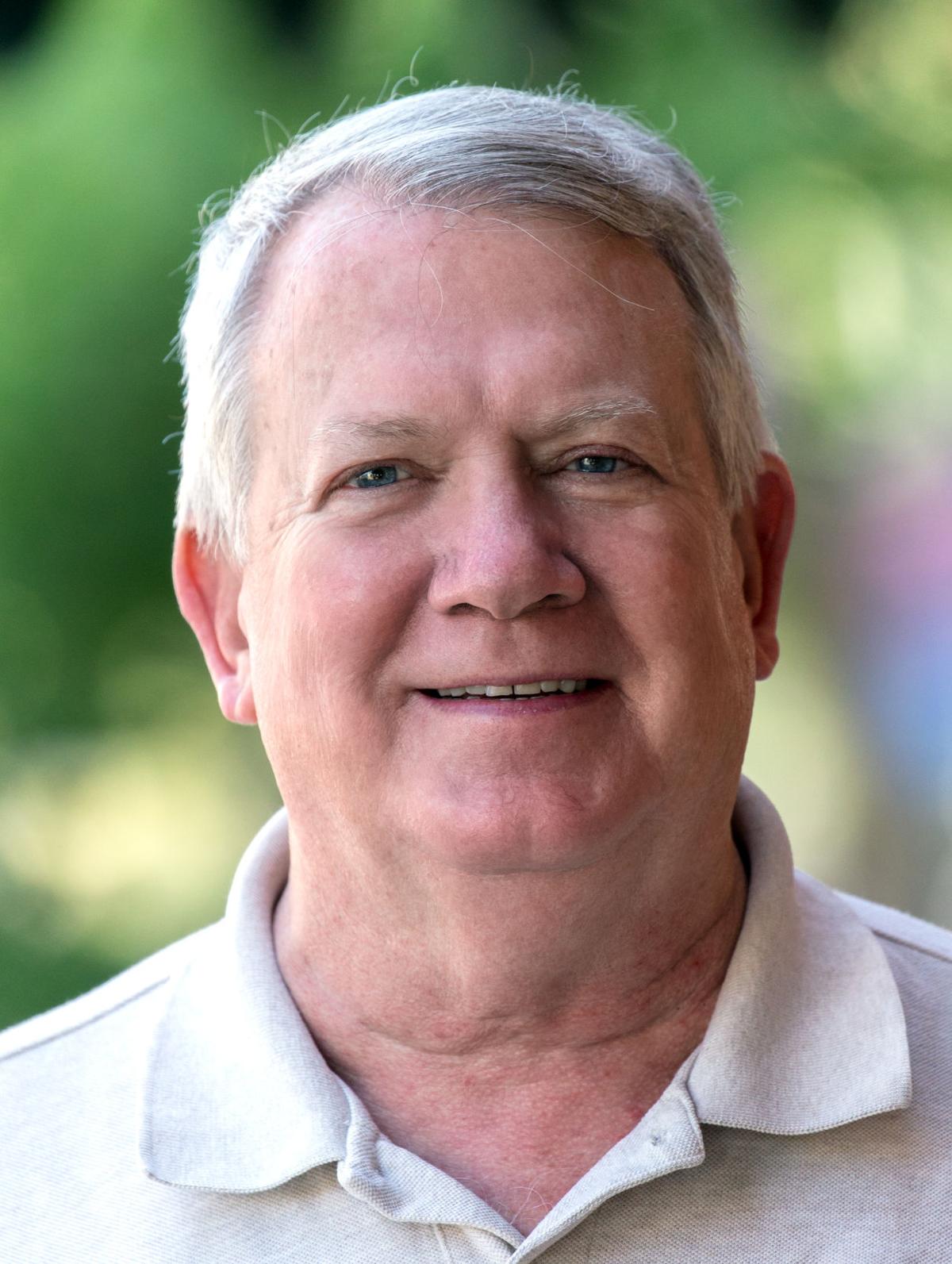 Rotarians and their wives gather for a photo during a Rotary Ann party at the Bar M Ranch in 1984.

Betty Klepper, a scientist at the USDA Columbia Plateau Conservation Research Center in Pendleton, was the club’s first female member. She joined in 1990.

J. Roy Raley was one of the Pendleton Rotary Club’s founding organizers. He served as president in 1927-28.

In 1905, Chicago attorney Paul Harris invited three friends — a coal merchant, a tailor and a mining engineer — to meet socially each week. They dubbed their group “rotary club” because they rotated meetings between their places of business.

By the time Harris died in 1947, 6,000 Rotary Clubs had sprouted up around the world with the aim of giving men a place for fellowship and community service. Currently, there are 35,000 clubs worldwide. One of them, the Pendleton Rotary Club, recently turned 100 years old.

Coronavirus put a kibosh on the planned centennial celebration, but members are looking back and taking stock. One local Rotarian, Richard Smiley, recently finished a book on the first century of “Pendleton’s oldest service club.”

Smiley said the idea of starting a Pendleton chapter arose a century ago at a party on Sam Thompson’s wheat ranch. In May 1920, the club’s 25 charter members met for their first meeting at the Bingham Springs Hotel east of Pendleton on the Bar M Ranch with sponsors from the Portland club. An attendee reported “much hilarity and off-key singing engendered by copious quantities of distilled spirits.”

The membership included local movers and shakers such as attorney Roy Raley and Sheriff Tilman Taylor. James Sturgis was elected as the club’s first president.

The men met for lunch each Wednesday at the Elks Club, sang together and listened to speakers. The most famous guest was Secretary of Commerce Herbert Hoover, who later became president of the United States. Occasionally, meetings got political. Some club members let speaker Sen. Wayne Morse know they disapproved of the United States senator from Oregon changing his party affiliation to Democrat, calling him “a chameleon” who “mounted his horse and took off in every direction.”

That type of partisan outburst is almost unheard of these days, according to current Rotary President Carter Kerns. The membership includes people of all political persuasions and professions.

“We work hard at not being a religious or political organization,” Kerns said. “Internationally if we need to get into a country to vaccinate children, we don’t want to be turned away because of perceived religious labels.”

Many of the meetings in the 1940s addressed some aspect of the war. In May 1944, the club mourned late member Lt. Harlow Perkins, killed in action in Italy.

Over the decades, members raised funds and supported a long list of community and international service projects. The club started awarding scholarships in 1930 at the start of the Great Depression and participates in a youth exchange program. The group supported the ice rink at Roy Raley Park, youth orchestra, a water and sanitation program in Benin and a plethora of others. The club often collaborated with other service organizations.

The eradication of polio is a favorite cause of Rotary International and the local chapter which annually earmarks donations for the cause. In 1944, the club purchased an oxygen tent for St. Anthony Hospital.

COVID-19 is hampering club fundraising in 2020. Members raise funds by serving beer at the Pendleton Round-Up and the Whisky Festival and from their annual rose sale. All were canceled because of the virus.

The club gathers on Mondays now at the Red Lion Hotel. Membership hovers at about 120. World War II pilot Bob Stangier is the longest serving member.

Smiley said the club resisted allowing female members until 1990. In 1977, the Duarte, California, Rotary Club admitted three women and got its charter revoked. The California Court of Appeals declared the revocation unconstitutional in 1986 and the U.S. Supreme Court unanimously affirmed the decision in 1987. That year, the Portland club admitted 20 female members. In 1990, the Pendleton club admitted four women. Soil scientist Betty Klepper became the first official female member as the first woman up during the induction ceremony.

One man terminated his membership in response. The club inducted eight more women in next two months. One of them, school administrator Susan DeMarsh, served as the club’s first female president. Some club leaders, including DeMarsh, went on to serve at the district level.

Milan D. Smith, who took on the role of district governor, suffered severe injuries in a 1952 plane crash while traveling with his wife to speak at a Rotary meeting in Medford. Smith, who piloted a single engine plane, was determined to speak at every club in Oregon. The plane’s engine malfunctioned and the plane nosedived, hanging up in a tree. His wife Jessica suffered five broken ribs and facial lacerations. Smith, blinded in his right eye, recovered from serious chest injuries and soon returned to Rotary business.

“This club has touched about every facet of the community,” he said. “Everything from providing picnic shelters at various parks to lighting the Little League fields.”

Paul Harris, the unwitting founder, would be proud.