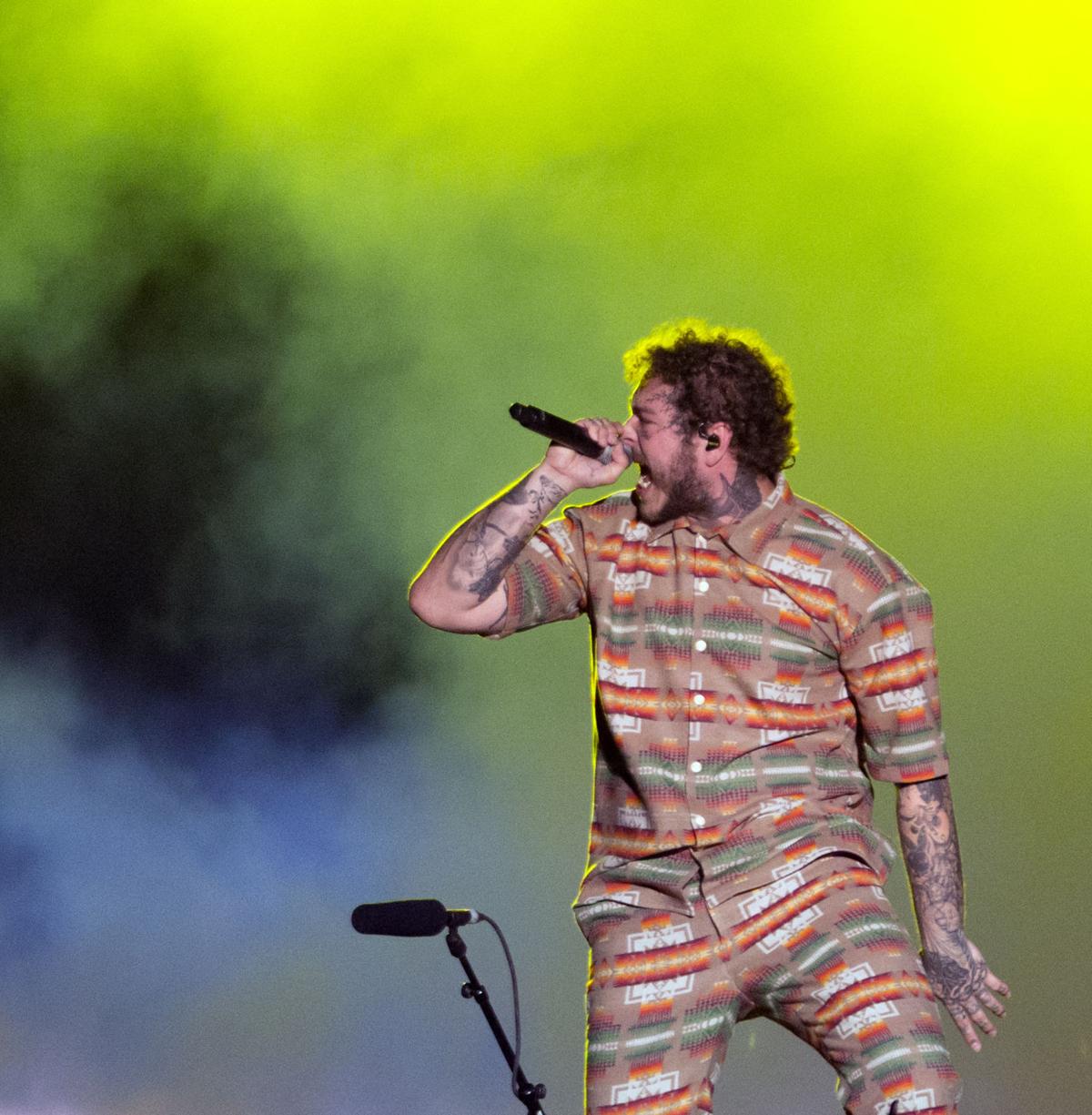 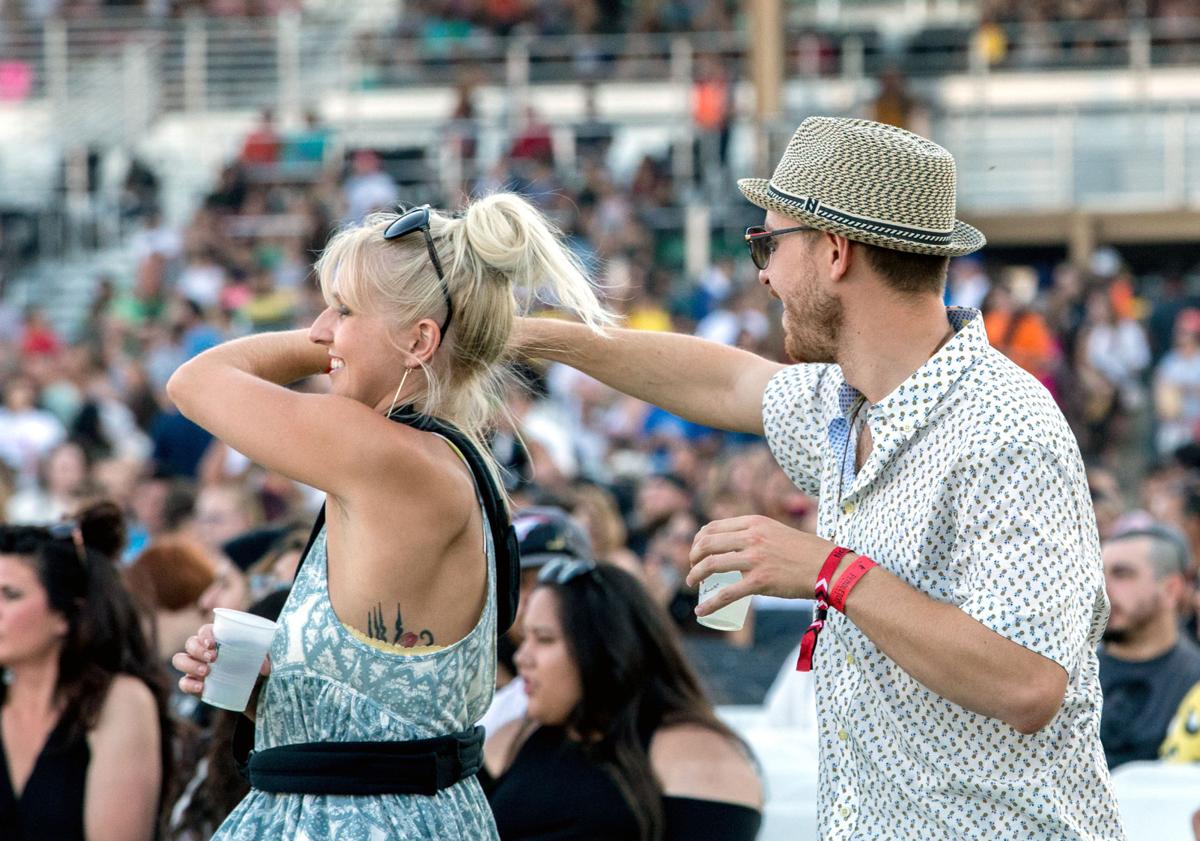 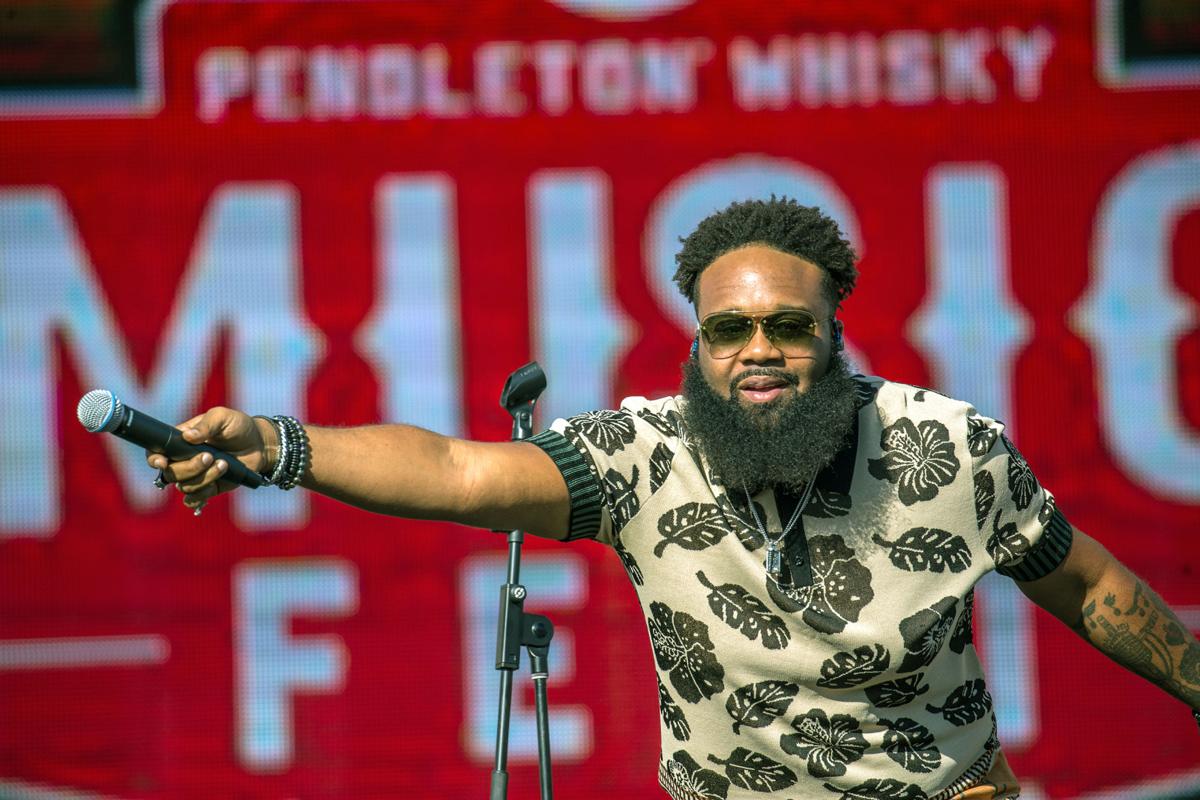 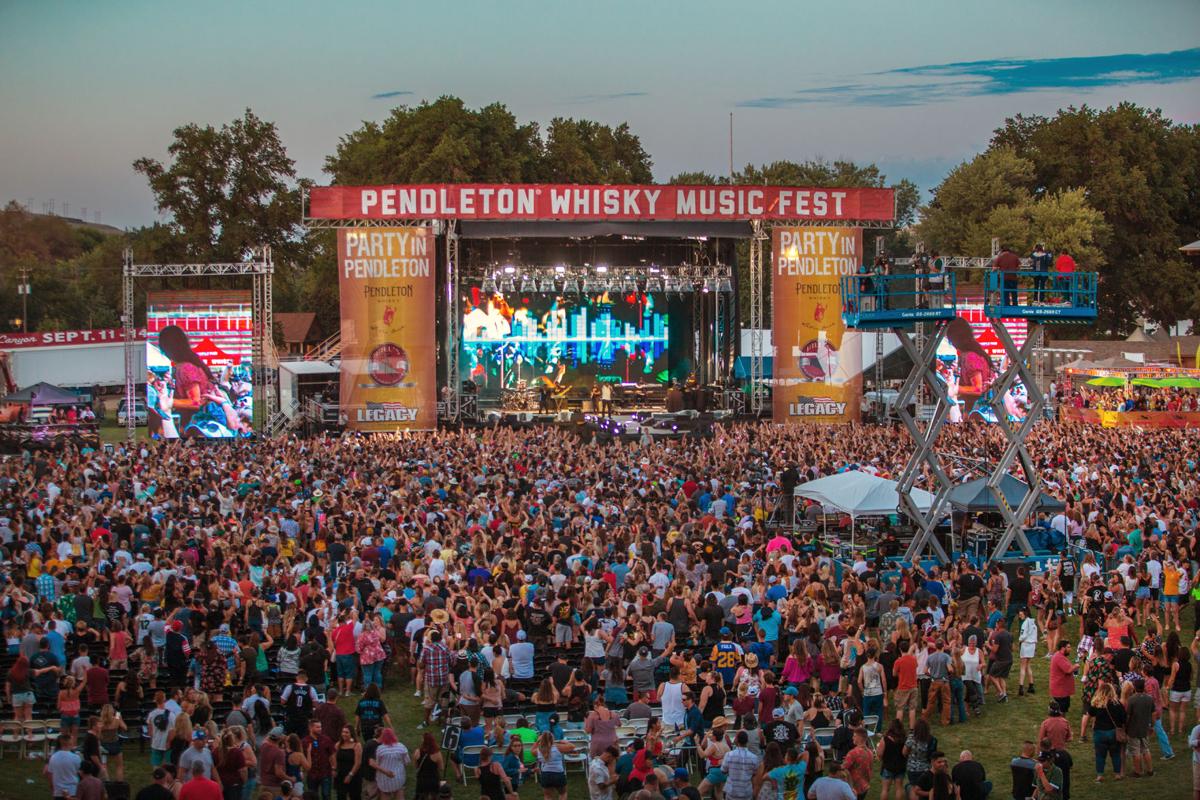 PENDLETON — A bet by concert promoters on the appeal of rap in a region where country music is king paid off Saturday night as about 17,000 people flocked to Pendleton Round-Up Arena to catch two of the genre’s biggest names — Post Malone and 50 Cent — at Pendleton Whisky Music Fest.

The daylong event drew people from across Oregon, as well as neighboring states, on a beautiful sunny day when the temperature hovered around the high 80s only to cool off a bit and give way to a star-filled evening sky by the time Post Malone took the stage amid much fanfare.

For some concertgoers, such as Jake Thomas of Madras, the event marked his first visit to Pendleton. But it was the second time he attended a concert at which Post Malone was performing. Thomas, who came to the show with Bridget Neikirk of Bend, said the first time he saw Post Malone perform was in Brisbane, Australia.

“It was just a random event,” said Thomas in recalling a moment leading up to the performance.

“OK. So let’s go see (American DJ) Diplo and Post Malone ends up opening for him. And I’m just like, ‘This could be the best night of my … life.’”

Thomas and Neikirk were pumped to be in the company of the thousands of people sitting and standing shoulder-to-shoulder on the arena’s grass-covered grounds flanked by thousands of other fans in the grandstands.

“We are really enjoying it,” said Neikirk prior to an electrifying performance by 50 Cent. “We just got here a couple of hours ago. Went and had dinner over at Hamley’s … it was wonderful.”

The performance by 50 Cent energized the crowd and served as a powerful lead-in to Post Malone, who opened his set with “Too Young.” Post Malone, who is not shy about his embrace of adult beverages, took the stage clad in a multi-colored two-piece ensemble that looked like it came straight out of Pendleton, and a 16-ounce red Solo cup in hand.

He repeatedly encouraged the crowd to party as he deftly worked his way through a nearly 90-minute show that included songs “Better Now,” “Candy Paint,” “Wow,” “Sugar Wraith,” and his latest, “Goodbyes.” The performance of “Goodbyes” marked the first time he played the song at a concert.

Post Malone rounded out his set with “Congratulations” and then made an emotional salute to the crowd before slowly making his way off the stage.

“I can’t explain to you my life has been … crazy. But no matter what the … is going on in my life — to be able to come out and sing these … songs with y’all means the … world to me. Thank you so much. I hope you all had a good … festival.”

The festival, which also featured performances by Tyla Yaweh, Blanco Brown, Grieves and DJ Sovern-T, capped a music-filled weekend that kicked off with a Friday night party on Main Street in downtown Pendleton that drew thousands of people and packed bars.

“We couldn’t do this without the support of the community,” said Corey, who also extended thanks to Pendleton Mayor John Turner, the city council, police and fire personnel as well as the vendors and others who helped make the event a success.

He said the event, which wrapped up its fourth year, drew the second largest crowd. Last year, the combination of Pit Bull and Blake Shelton pulled in about 18,700 people.

“I really think a lot of people had a great time,” said Corey, who co-founded Whisky Fest with Andy McAnally. “We’re really pleased with it.”