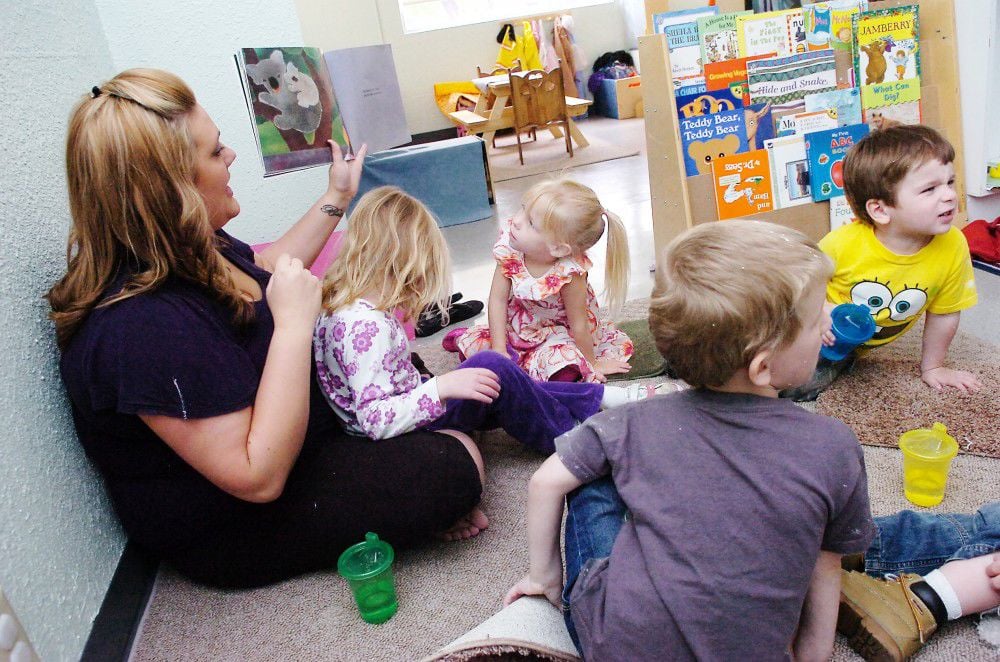 <p>Marissa Smith, center, cranes her neck to see the pictures of the book "Zoo-looking" by Mem Fox as teacher Brianna Conlon reads to a class of preschoolers on Wednesday at the Pioneer Relief Nursery in Pendleotn.</p> 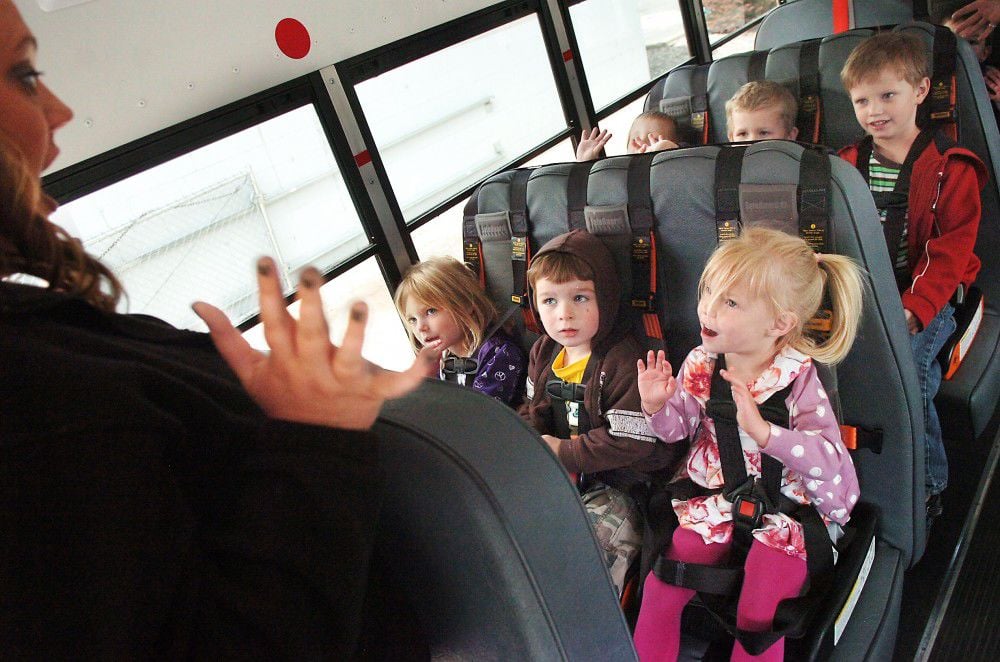 <p>Preschoolers from Poineer Relief Nursery listen to teacher Brianna Conlon while waiting to ride the bus home after class Wednesday in Pendleton.</p>

<p>Marissa Smith, center, cranes her neck to see the pictures of the book "Zoo-looking" by Mem Fox as teacher Brianna Conlon reads to a class of preschoolers on Wednesday at the Pioneer Relief Nursery in Pendleotn.</p>

<p>Preschoolers from Poineer Relief Nursery listen to teacher Brianna Conlon while waiting to ride the bus home after class Wednesday in Pendleton.</p>

The classroom seemed an oasis of ordinariness.

Six toddlers romped and giggled, playing with toys in a rainbow of primary colors. The scene appeared idyllic and carefree, yet this was serious stuff. Using play, some of Pendletons most at-risk children soaked in life skills they dont often learn at home.

This is the Pioneer Relief Nursery. Several years after opening, the nursery, at 715 S.E. Court St., has touched almost 500 families, providing respite care and parenting classes and helping children deal with experiences of abuse, drugs and poverty.

Not every parent of children aged birth to 5 years qualifies as a client. The ones who do are usually going under.

Most of the parents, when they come through the door, are in crisis, said program manager Carmen Requa.

Many suffer from heavy-duty anxiety: anger issues, incarcerated family members, poverty, homelessness, disabilities, mental health problems, substance abuse, unemployment, history of physical abuse and others. At the Pioneer Relief Nursery, the average family has about 18 of 50 such risk factors. The checklist cast a whole new light on the giggling children playing on the carpet.

The upheaval seeps into the childrens psyche, according to Requa. Sometimes a 2- or 3-year old will cut loose with a profanity or react violently to something they dont like.

They mimic what they see at home, she said.

If you are a mom in survival mode, youre not going to necessarily take time to play on the floor with your child, she said. If you have a high-risk pregnancy or are homeless, you may not sit down and read to your child for 20 minutes.

Parents learn new skills through evening classes on such topics as alternatives to spanking, developing family morals, enhancing brain development in children, dealing with stress and anger and communicating with respect.

Kati Smith is one parent who knows stress. The 28-year-old former drug addict with a felony record is three years clean and sober. However, with five children, two with learning disabilities, she never totally relaxes except for the times her children come to the relief nursery.

Her daughter, Marissa, 4, attends a therapeutic class for pre-schoolers two days a week. Her other children, all but her 7-year old who is too old for the program, come for respite care three times a month.

An advocate helps set goals and shores Smith up if stress at home proves overwhelming. When Marissas case of head lice brought Smith to tears, Brianna Conlon, a family interventionist and teacher at the nursery, beelined to the home with supplies and helped Smith comb and shampoo hair and bag up the childrens stuffed animals.

Theyre in my corner, Smith said.

The children learn to interact with other kids and label their feelings. Tuesday, in the toddler class, a 2-year old let loose with a squeal that startled another boy playing nearby. The second toddler hit the squealer on the head with a toy. One of the teachers, Jenee Henderson, moved close and advised the hitter.

If someone is too loud, say, Be quiet, please, she said, gently.

Its hard when you dont have the language to express your emotions, Requa said, watching.

Henderson and Conlon taught from the floor, staying at kid level. They tuned in to the childrens words or movements, helping the kids to share, negotiate and use gentle language. The teachers provided routines and gave transition warnings, such as, In four minutes, we will pick up our toys.

Home can be crazy  we want this to be consistent, Requa said. We also give them tons of choices  do you want a blue cup or a yellow cup. We empower them.

The relief nursery, based on the Eugene Relief Nursery, caught on slowly after opening in late 2007. The relief nursery, the 11th to open in the state and the first in rural Oregon, started with five families. Now, the facility, funded by both private and government sources, has a waiting list.

Requa said she can always use more qualified volunteers to hold babies during respite sessions, do laundry or help in other ways. She also welcomed donations of diapers, wipes and gently used clothing for the nursery clothes closet. Requa said the nursery, with the help of about 25 volunteers and a supportive board, helps set parents and children up for success.

According to Portland State University research, after a period of six months, relief nursery services lower stress and increase both employment rates and the number of families living above the poverty level. Parents read to their children more and increase positive parent-child interaction by 30 percent.