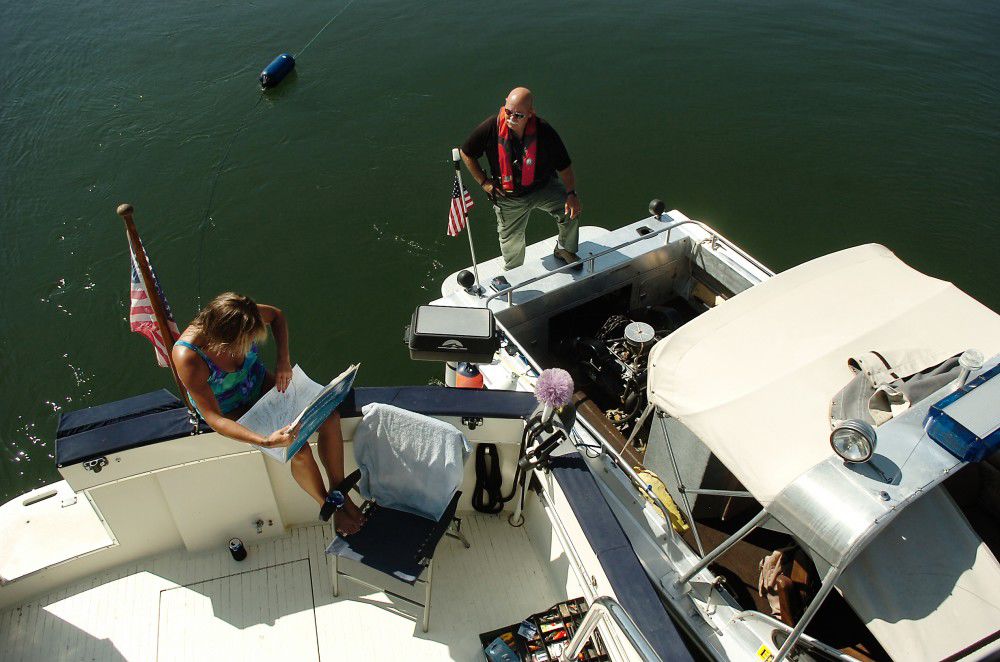 <p>Morrow County Sheriff's deputy Mike Cahill talks with Staci Nash of Benton City as he lets the engien of his boat cool down recently while patrolling the Columbia River in Morrow Coutny.</p> 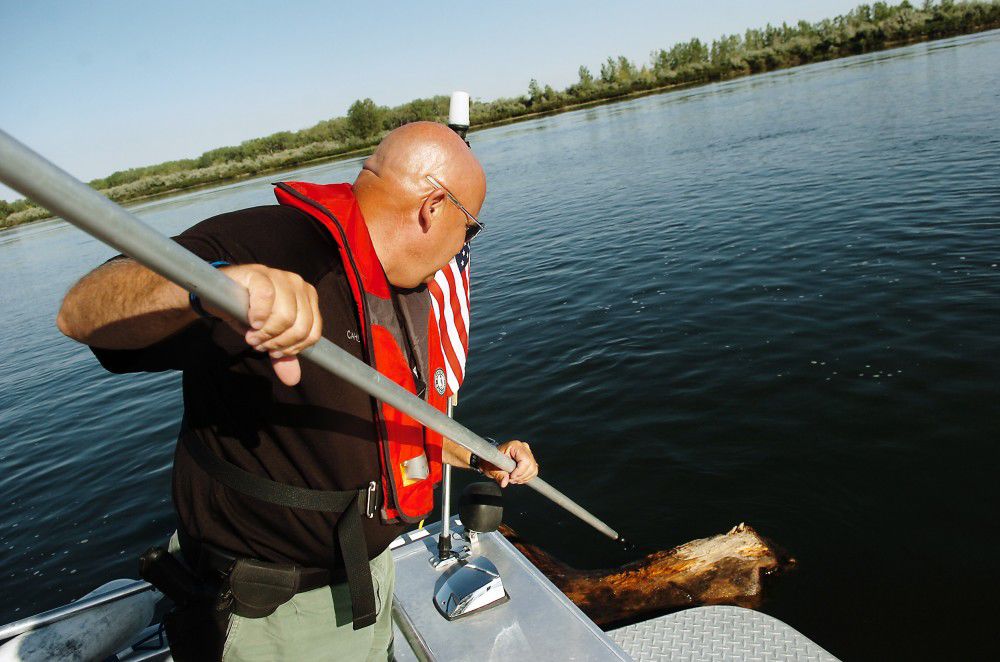 <p>Morrow County marine deputy Mike Cahill uses a pikepole to grab a large log floating in the Columbia River recently while out patroling the waterway in Morrow County.</p> 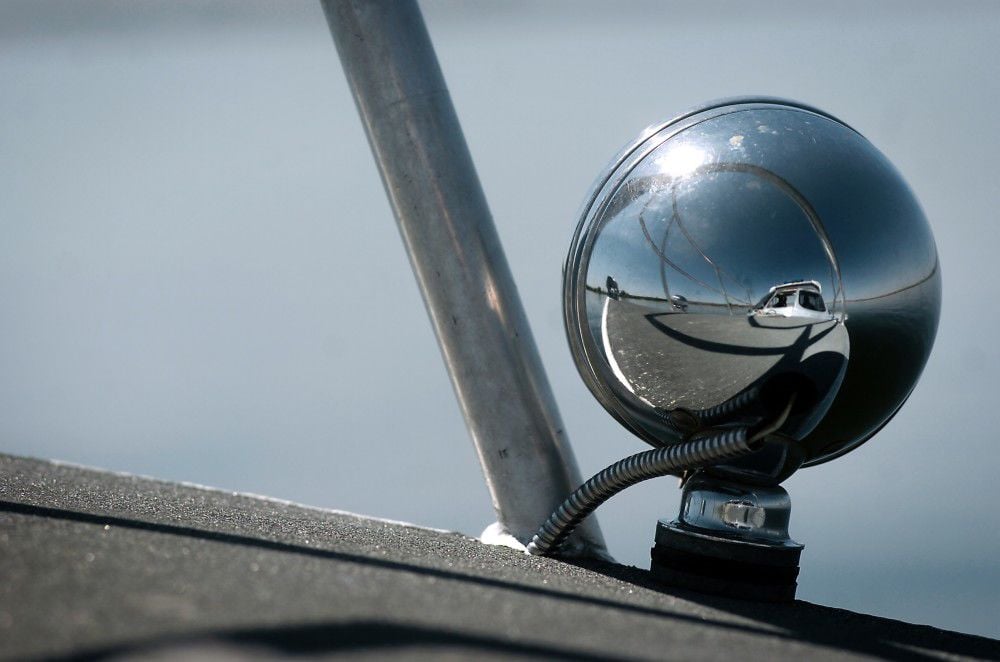 <p>The Morrow County Sheriff's patrol boat is reflexed in one of the running lights on the bow of the craft while out patrolling the Columbia River.</p> 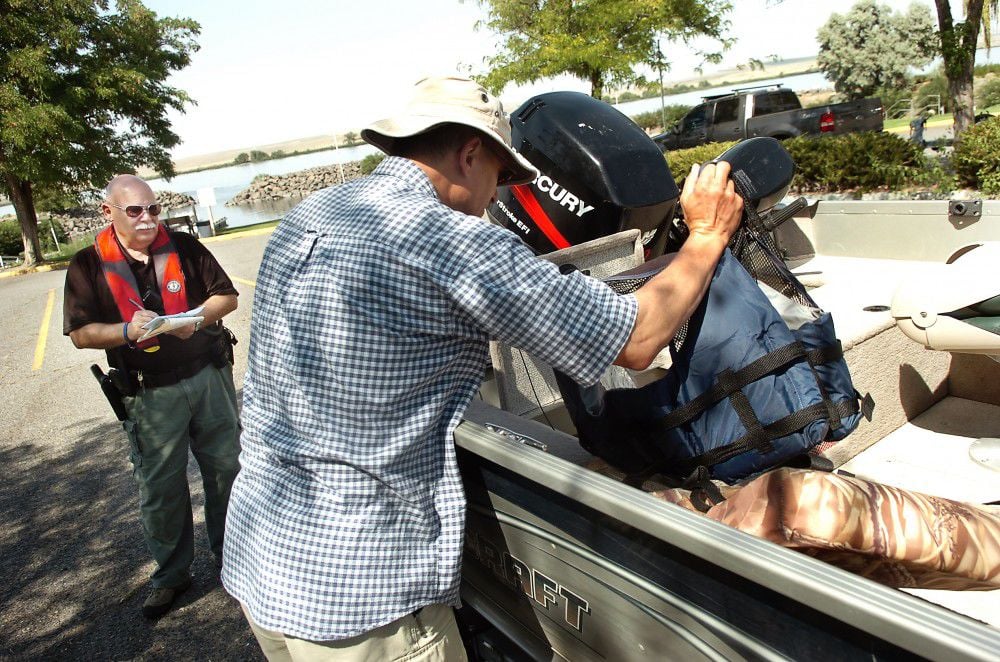 <p>Morrow County marine deputy Mike Cahill asks John Schultz of Kennewick how many life preservers he has on his boat while performing an inspection at the Irrigon Marina.</p> 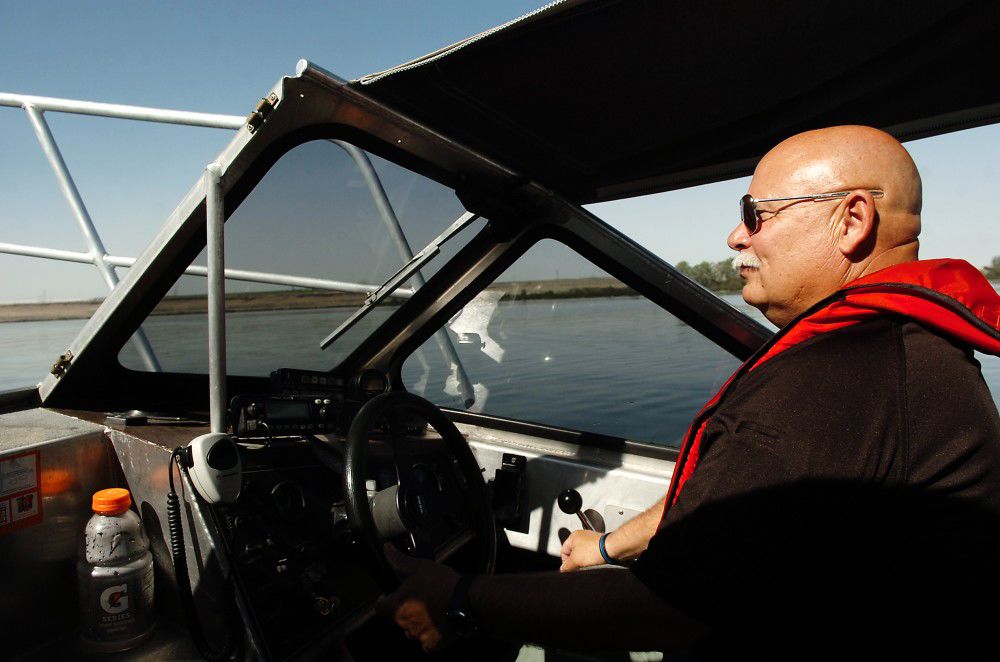 <p>Morrow County Sheriff's deputy Mike Cahill talks with Staci Nash of Benton City as he lets the engien of his boat cool down recently while patrolling the Columbia River in Morrow Coutny.</p>

<p>Morrow County marine deputy Mike Cahill uses a pikepole to grab a large log floating in the Columbia River recently while out patroling the waterway in Morrow County.</p>

<p>The Morrow County Sheriff's patrol boat is reflexed in one of the running lights on the bow of the craft while out patrolling the Columbia River.</p>

<p>Morrow County marine deputy Mike Cahill asks John Schultz of Kennewick how many life preservers he has on his boat while performing an inspection at the Irrigon Marina.</p>

Cahill wasnt even out of the Boardman marina on a bright Saturday morning when he stopped the Morrow County Sheriffs Office jet boat for his first inspection. Two men and a young boy were loading a small vessel with fishing gear and a friendly golden retriever before heading out to the Columbia River when Cahill saw the boats inspection tag was old.

Would you like your boat inspection this year? Cahill asked, smiling.

Boat inspections in Oregon are voluntary, so they could have declined. But Cahills demeanor puts folks at ease. He found a few problems with the boat and an out-of-date registration. They promise to get everything shipshape before taking to the water. Cahill said he would check them again if he saw them.

Rather than giving tickets, Cahill said his work is about educating people and making sure they are being safe on the water. And this day, keeping those guys on land did that.

The Oregon State Marine Board sets the states regulations for boating.

Ashley Massey, marine board spokeswoman, said Cahills approach is what the board is after so people comply with safety regulations and equipment requirements, and have permits, titles and registrations in order.

The board also collects boating title and registration fees. That money, along with the marine fuel tax and some federal funding, pays for boating safety education, boating facilties and the marine patrols.

Massey said the board contracts with Oregon State Police and 32 of Oregons 36 counties to provide marine patrols, their boats and equipment and training.

Cahill cruises the river in a 26-foot aluminum jet boat April through September.

For me to patrol my entire area in a day is unreasonable, Cahill said, so he breaks it up, focusing on about a third to a half each day. He lives near Eugene, so he commutes and patrols four days a week.

I wont say which four, he said.

The sheriffs office only gets four to six calls for emergency rescues each season, so Cahill spends most of his time and energy as an observer. He looks for trespassers on the Port of Morrow property, which the U.S. Coast Guard has declared a high-security area. He patrols the islands in the Umatilla National Wildlife Refuge, which the U.S. Fish & Wildlife Service monitors and has declared off-limits to people. He said hes been there when a federal wildlife officer arrested trespassers. And he makes sure people are not anchored in the shipping channel. Commerce takes the top priority on the river and barges have the right-of-way.

Cahill also watches the waves and weather. Reading the water is critical, he said. Wave length and behavior reveals shallow places that can strand a boat. Black clouds on the horizon can mean a storm front is only 30 minutes away.

Cahill took the job of the marine deputy this year, but a couple of decades ago he was a volunteer firefighter in Arlington. He recalled a rescue attempt years ago of an overturned boat during a storm. The swells crashed into the rescue boat, he said, nearly swamping it. They had to turn back.

Thats when I decided there are times you dont need to go out there  its just not worth it, he said.

Attitudes about boating have changed, Cahill said. Boating once was synonymous with drinking, and beer cans would be all over the river.

The most difficult part of the job, he said, is working with certain boat owners to keep their boats maintained. The marina in Boardman has several boats that primarily take up space and are home to birds and spiders. Owning a boat, particularly a big one, can be a financial burden people arent ready for.

But Cahills biggest worries come on the river from inexperienced boaters and people not paying attention to where they are and what they are near. Riders on a pair of Jet Skis  personal water craft, or pwc in marine cop talk  illustrate the point. The riders loop back and forth within 100 feet of each other, a wrong move under Oregon boating laws.

Theres no reason for them to get close  theres plenty of river, Cahill said, and gunned the engine. Seconds later he hailed them, a man on one craft and teen girl and young girl on the other. The conversation is friendly, professional and ended with Cahill telling the 18-year-old from Washington state that she has to pass a boater test to ride that craft.

We call that terminating their day, he said, and thats better than a citation or an accident. A Jet Ski and the like, he said, are the most dangerous craft on the river. Their blades can spell doom for a rider who ends up in the water.

Heading back to the dock at Boardman, a woman on a Jet Ski rides up. She asked why her daughter cant be on the water. Cahill doesnt dictate to her; they have a conversation about it.

Marine patrol isnt like any other part of law enforcement, Cahill said, and thats why he likes it.