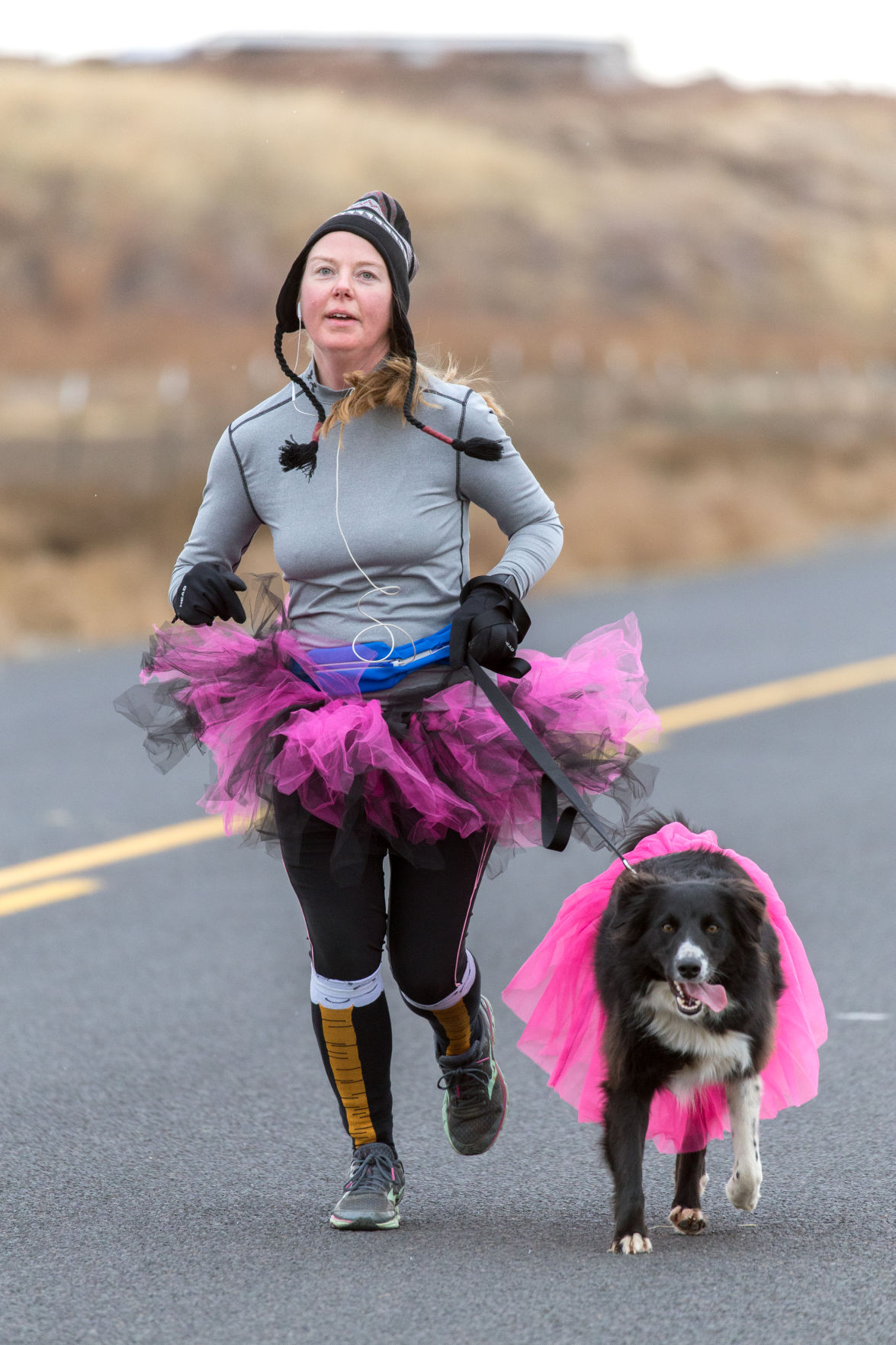 A tutu-clad runner and her dog participate in Thursday’s Turkey Trot in Echo. 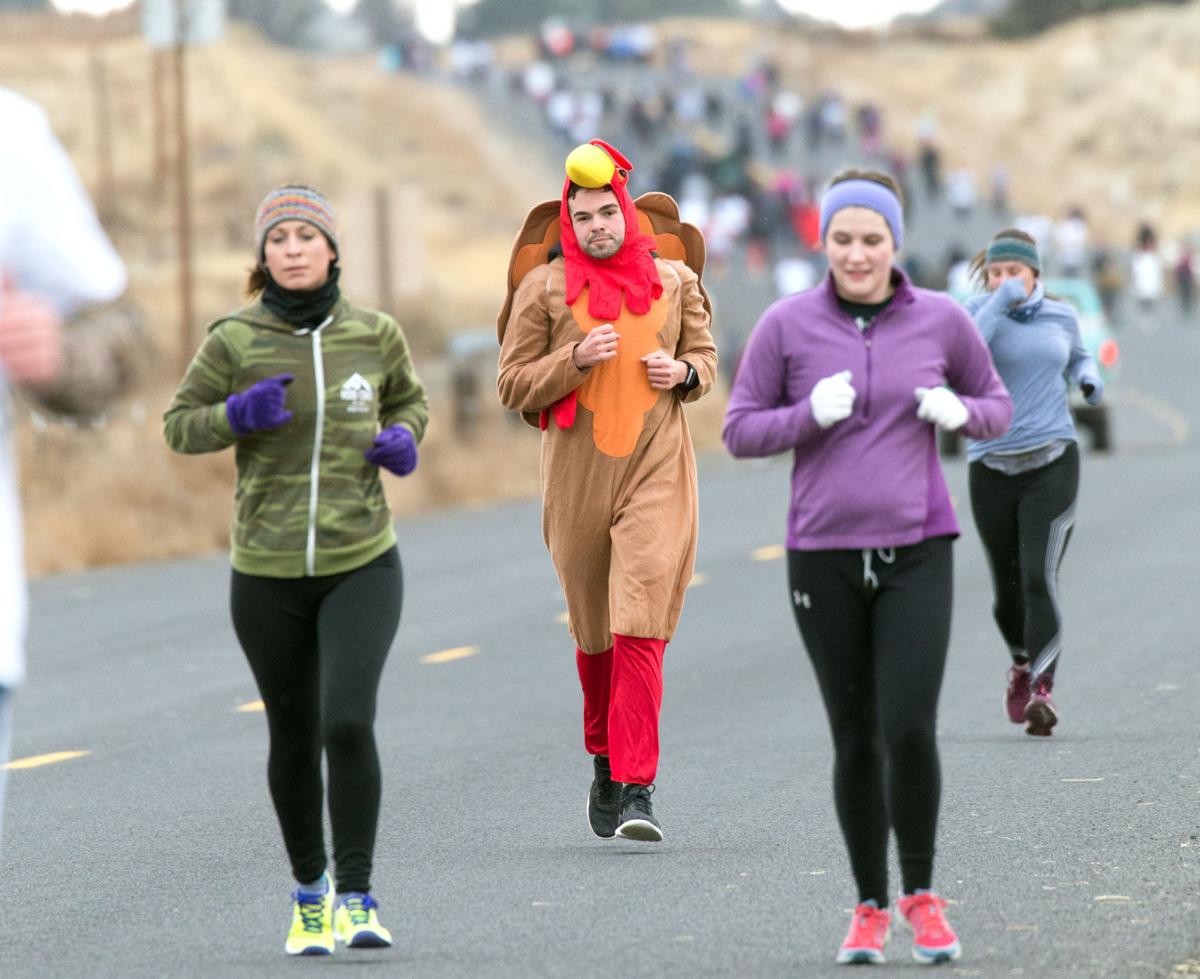 A runner dressed as a turkey participates in Thursday’s Turkey Trot 5K run in Echo. 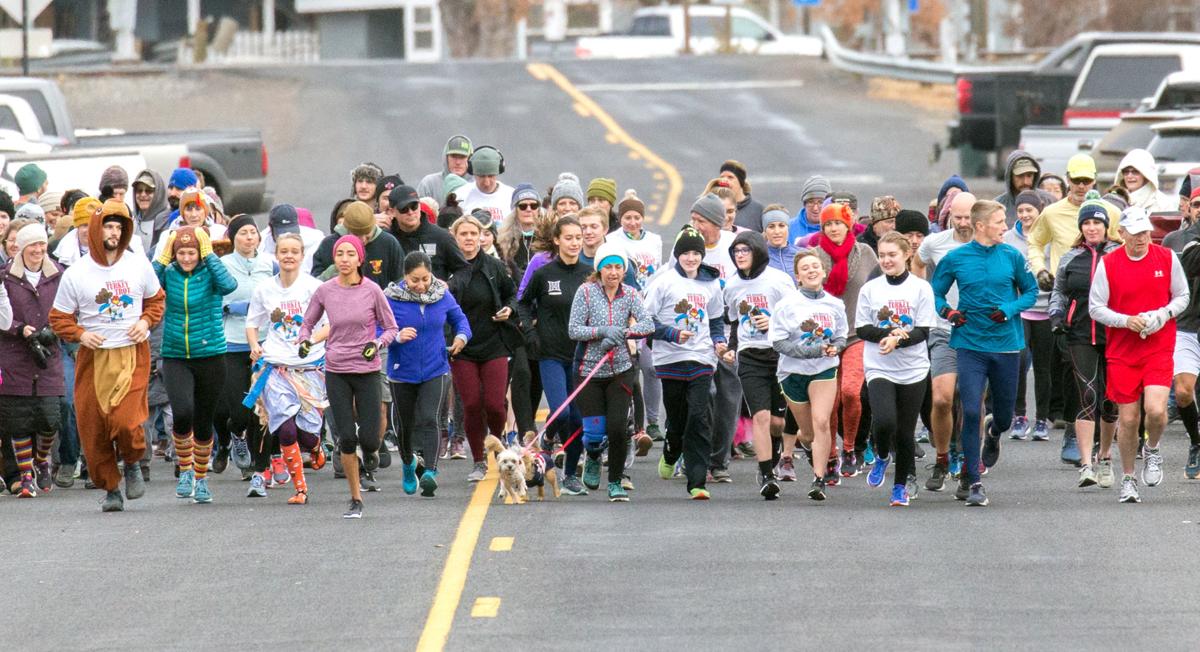 Runners take off on Thursday’s Turkey Trot in Echo. 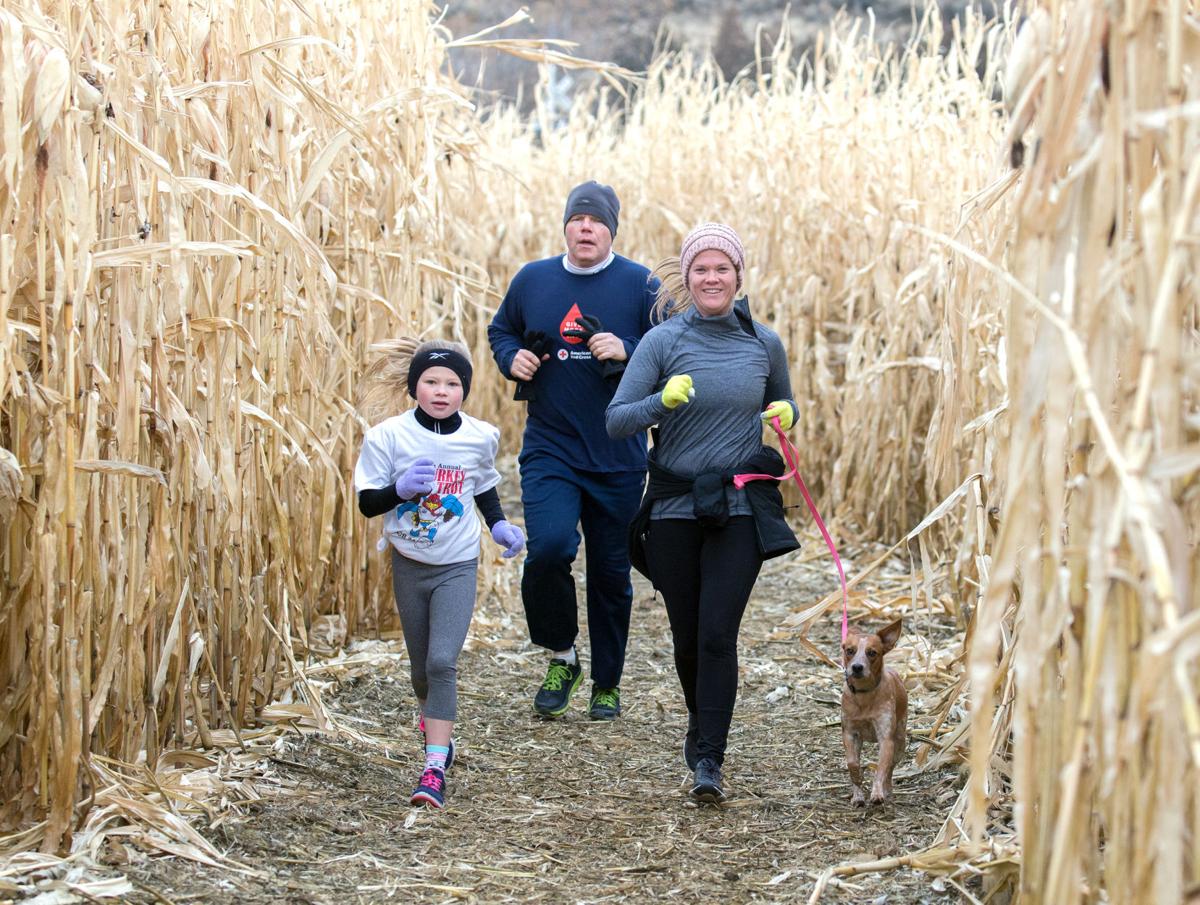 A tutu-clad runner and her dog participate in Thursday’s Turkey Trot in Echo.

A runner dressed as a turkey participates in Thursday’s Turkey Trot 5K run in Echo.

Runners take off on Thursday’s Turkey Trot in Echo.

ECHO — Jamie Nasario, who manages the Club 24 gym in Pendleton, had a message for people on Thursday: “Just because it’s Thanksgiving, doesn’t mean you need to sit and eat and stare at each other,” she said.

She thinks people should get out and give the Turkey Trot, a fun run fundraiser hosted by Club 24, a go instead.

When Nasario sold her Hermiston-based business and went to work for the fitness company, she said she wanted to know what her new employers could do to give back to the community.

The Turkey Trot, which raises funds for the Hermiston and Pendleton warming stations, premiered eight years ago on Thanksgiving morning. Thirty-five people showed up.

The 1-mile or 5-kilometer running event begins in the heart of downtown Echo, and now, for the second year in a row, ends with a traipse through the Echo Corn Maze. Registration is $15 a person, and all proceeds are split evenly between the two warming stations.

The day before this year’s Turkey Trot, Nosario said the event had already raised $1,500 in registration fees. A final tally of funds raised had yet to be released before East Oregonian press time.

Nasario grew up in Echo, and said that’s part of the reason she wanted to host the event in the town.

“This is a real home-grown love project,” she said. “There are so many people who might live in Hermiston, but don’t often drive in the direction of Echo. We have a charming little town.”

Teri Preston came up from Corvallis with her dog Eclipse to participate in the Turkey Trot, which she tries to attend each year.

“I’m going to burn off the Thanksgiving calories before eating,” she said. “Then I’ll spend some time with family.”

Preston lives in Corvallis, but grew up in Umatilla and visits each holiday. She said she’s training for a marathon, and Thursday’s event doubled as a good opportunity to prepare.

Lee Watson, who lives in Hermiston, was gearing up to run his fourth Turkey Trot on Thursday morning.

“After this, I’ll shower and nap. Family stuff comes later,” he said. “The free donuts are nice, and it’s a good cause.”

Nasario said it’s always important to give back to the community.

“It is so cute to see grandparents from all over ready to run with their grandkids,” she added. “The Turkey Trot brings people together.”