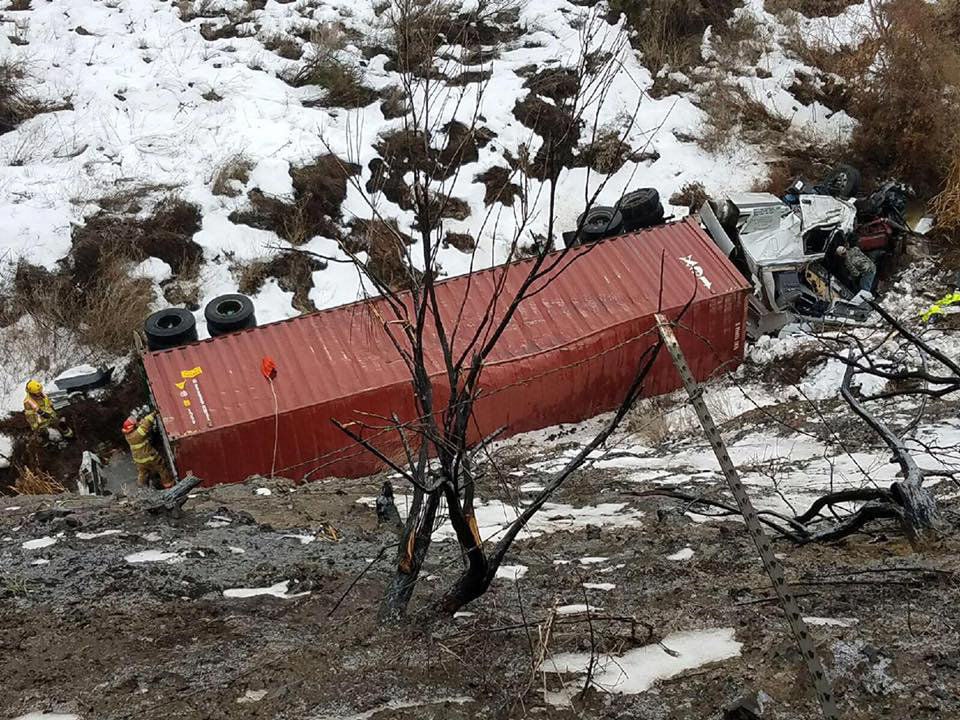 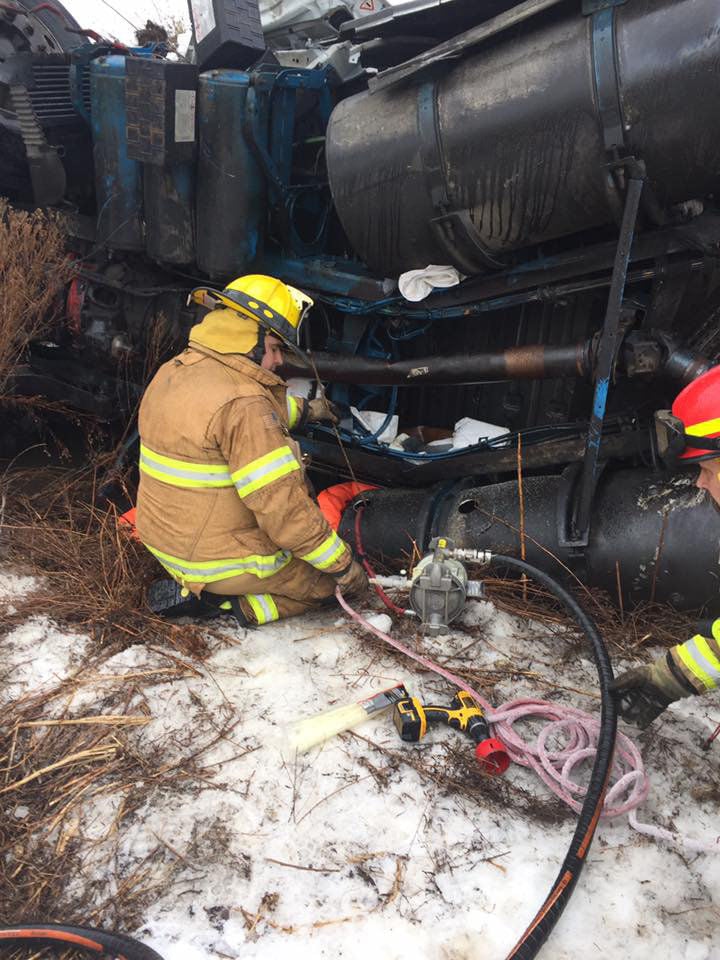 A semi-truck loaded with empty propane tanks crashed over an embankment and slid 120 feet down into South Cold Springs Creek Wednesday morning on Highway 37 northeast of Hermiston.

The wreck happened at milepost 10 at about 8 a.m., according to Umatilla County Fire District 1 chief Scott Stanton, though it wasn’t reported until 9:15 and responders didn’t know about a potential hazardous material leak until 9:45.

Nobody was hurt, though Oregon State Police reported the truck driver jumped out of the passenger door just before the tractor slid down the steep embankment.

Mike Renz, on-scene spills coordinator for the Oregon Department of Environmental Quality, said an estimated 10 gallons of motor oil leaked from the truck into the creek. A hazmat team from Hermiston responded and began setting up booms of absorbent pads downstream to collect any spillage.

“They saw no sheen more than a quarter mile downstream,” Renz said.

The team also began pumping diesel from the truck’s fuel tank into drums, removing about 125 gallons from the lower tank. The upper fuel tank was empty, Renz said.

Stanton said his department did not make contact with the driver, who was in Pasco by the time they arrived. The truck remained at the site as of Thursday morning and will be difficult to remove, Stanton said.

The crash was caused due to icy road surfaces Wednesday morning. The fire department has since turned the incident over to the Oregon Department of Transportation.