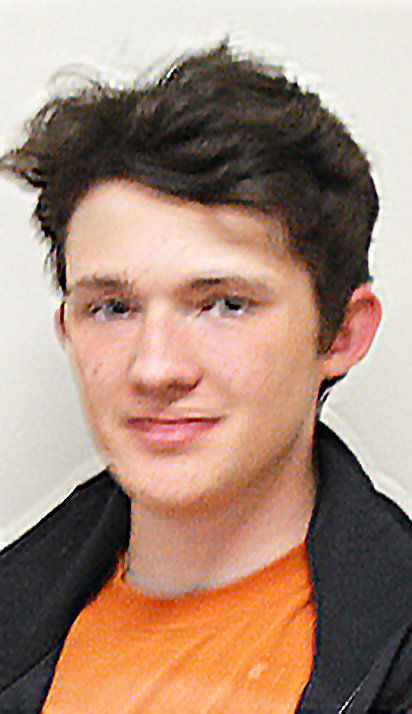 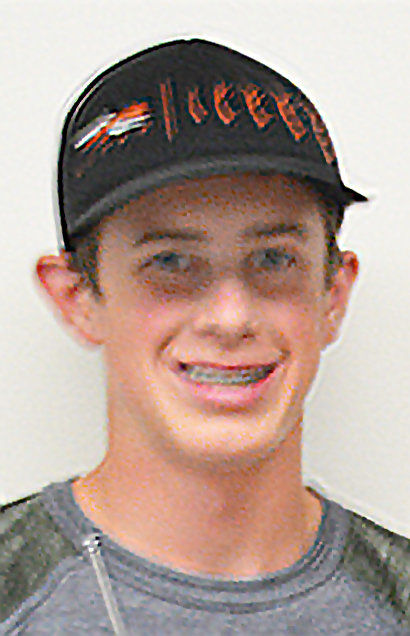 While ranchers, government employees and environmentalists argue about the best way to manage the state’s wolf population, two students from Joseph Charter School are proposing their own solution.

The two eighth-graders Ian Goodrich and Corin Armentrout think a territory boundary collar would do the trick.

The two said that although neither lives on a ranch or raises cattle, they both knew the problem was a concern to local livestock operators.

The two boys, 14, are working to develop a collar that gently punishes wolves when they move too near livestock through the use of either modest electric shock or emitting high-pitched signals that wolves eschew.

“Our original idea was to make a device similar to a shock collar that would be put on the Alpha wolf, so if the wolf were to cross into a certain area, the collar would give it a shock and hopefully stop it from getting at cattle,” Armentrout said.

The two said that transmitters could be installed on fence lines every two miles or so. They built a prototype of the devices but did not have access to a GPS at the start, a problem they later solved. Battery life is also a challenge.

The boys have also floated the idea of installing a solar panel on the collar.

County extension agent John Williams talked to the two about their project after a classroom presentation.

“I think it’s an interesting idea, and I’m glad to see young people thinking,” he said.

Williams noted that others have unsuccessfully bantered the idea about for some time. It’s even been tried on cattle to keep them from grazing riparian areas, but the weight of the device proved prohibitive.

The methodology of their (the boys’) thinking is ingenious, and that’s where solutions are found,” he said. “I applaud them for their presentation, which was well thought out. I appreciate what they’re doing and the school for helping them think outside the box.”

The two said Williams had a number of good ideas for contacts and examples of ideas already tried by others along with suggested improvements.

Further talks with a technical expert on the subject elicited suggestions of different parts to use on the device, which is now an Arduino MKR GSM 1400. The device is essentially the internal parts of a cell phone, which would eliminate the GPS size problem.

It can download the required GPS and Geofence data, which would work with the fence transmitter as a deterrent. Geofence is a virtual geographic boundary, enabled with GPS or RFID technology that allows software to respond when a mobile device enters or leaves a particular area.

Roblyn Brown, Wolf Program Field Coordinator for ODFW, said that the problem in previous collaring attempts was the battery holding enough of a charge to give repeated shocks. She said the younger generation are the innovators of tomorrow.

“I’ve heard people talking about the high-frequency aspect, and it’s something we’ve tried,” she said. “We’re not really a developer of things because of funding. I think it’s fantastic they’re working on it and somebody may figure something out –– it just might be these two boys.”