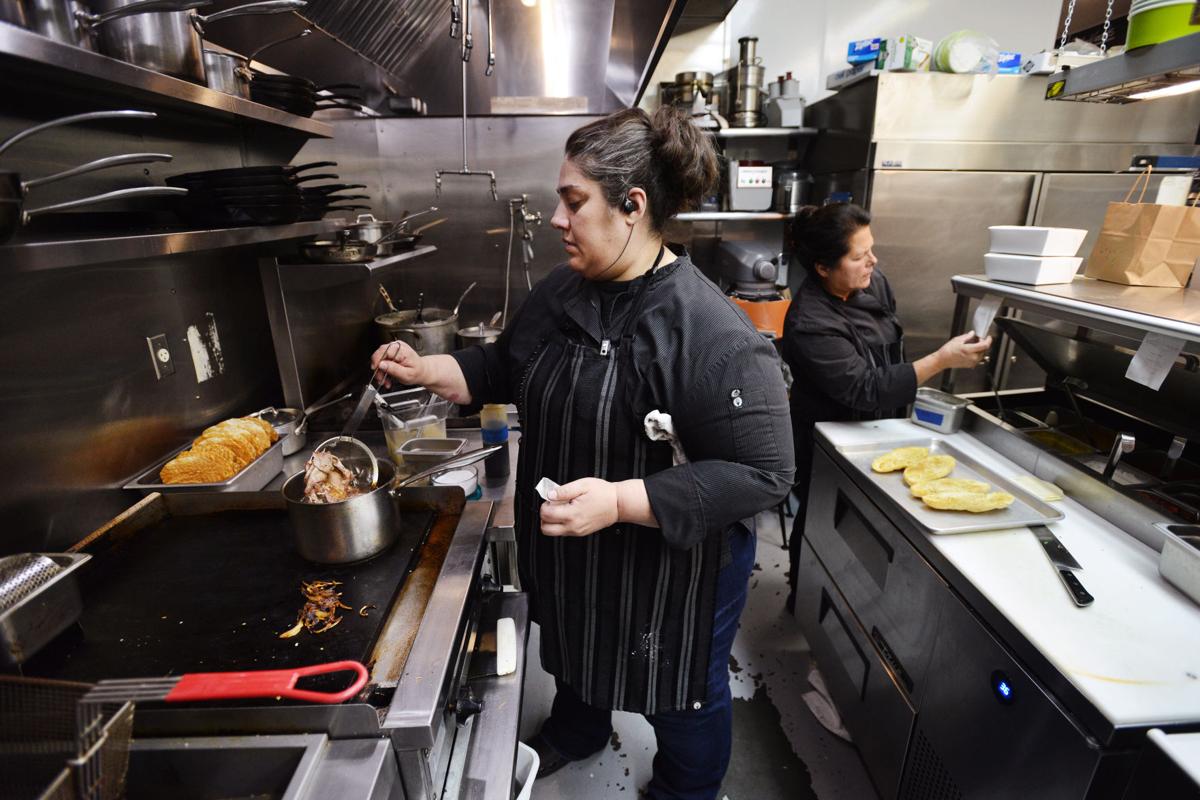 LaNae Hull drops beef into a broth while making a French dip sandwich as her mother, Carol Hull, checks an order Wednesday at Delish Bistro in Hermiston. 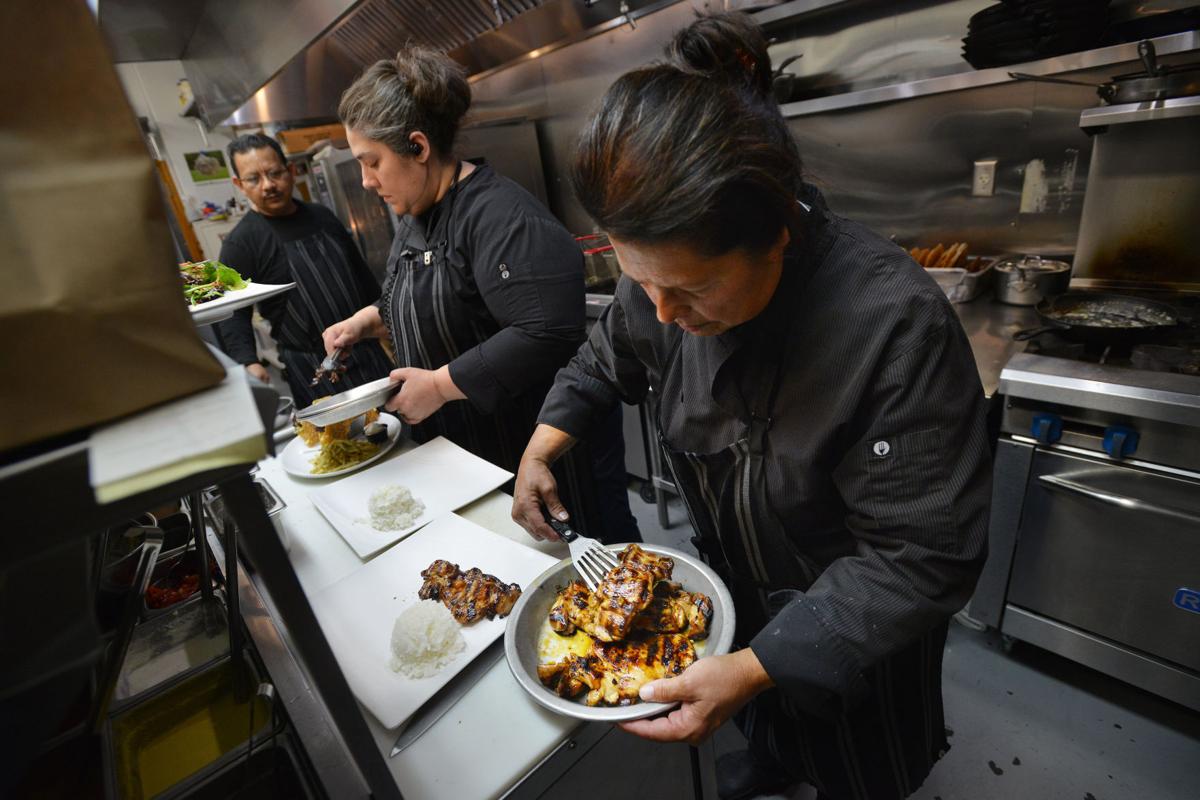 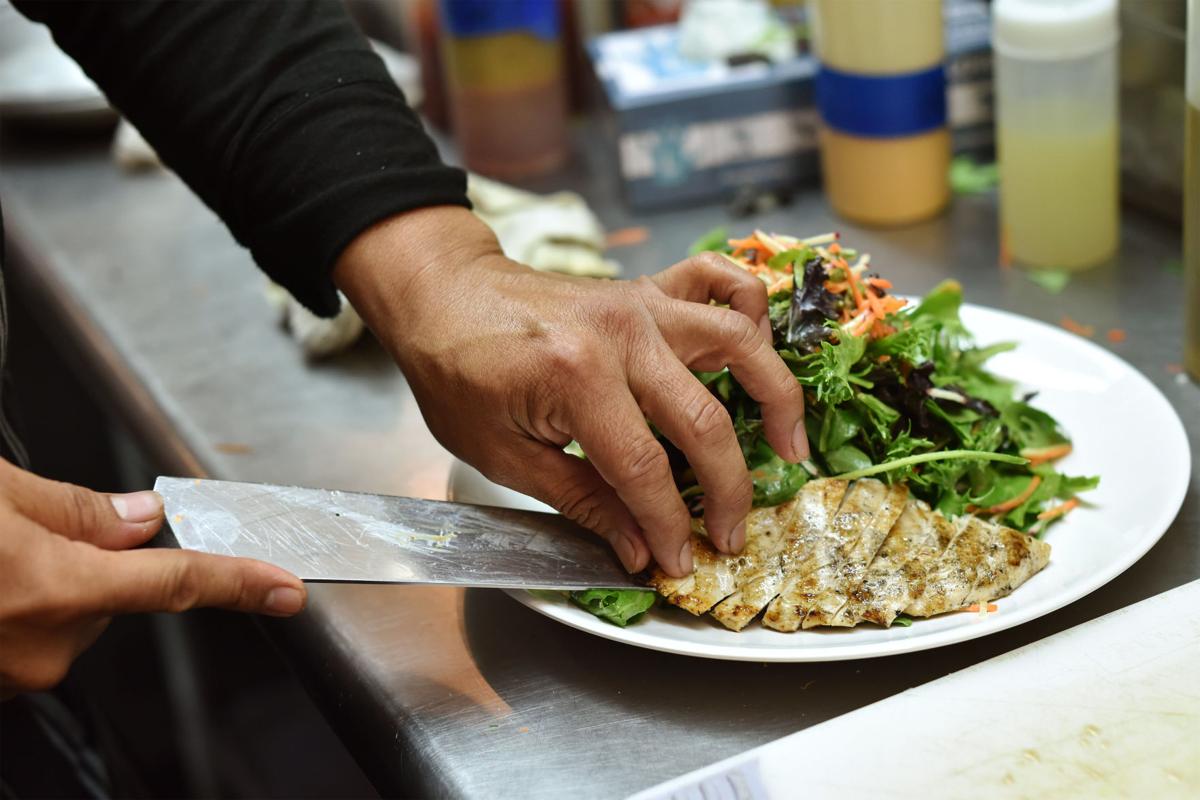 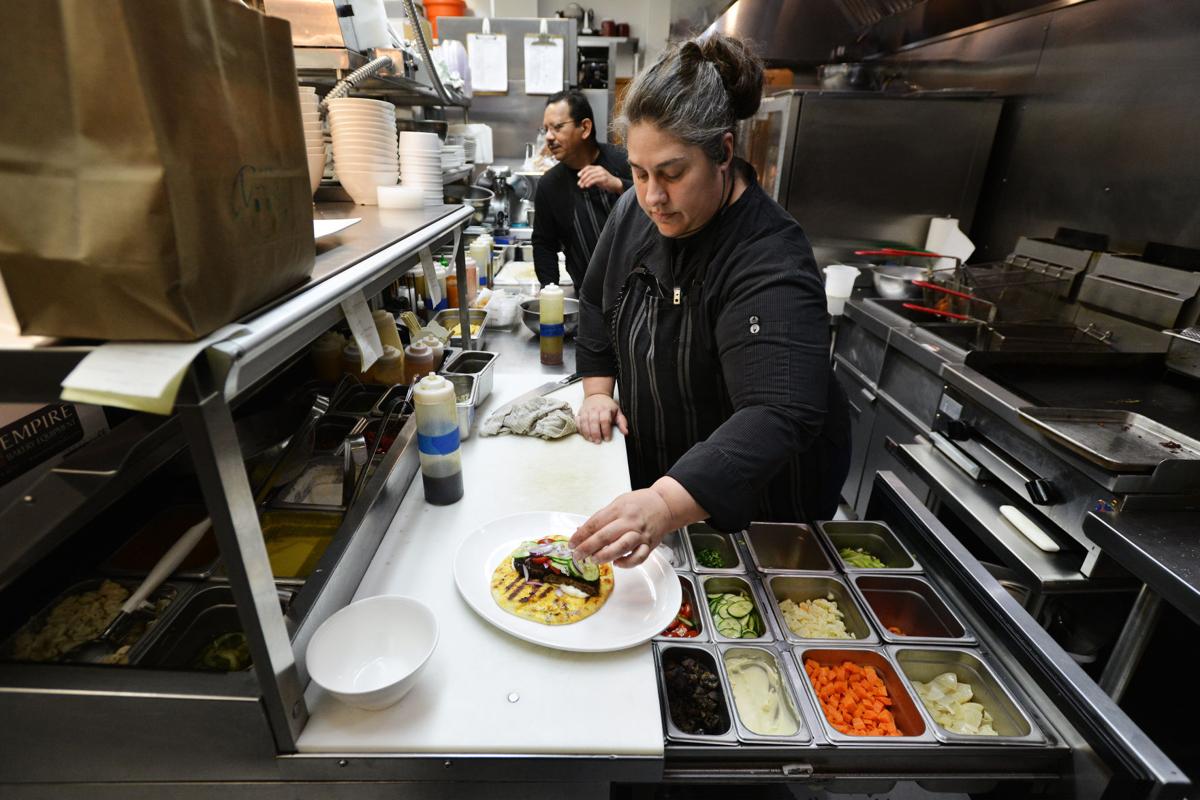 LaNae Hull puts onions on a lamb gyro as Rogelio Ramirez works on another order Wednesday at Delish Bistro in Hermiston.

LaNae Hull drops beef into a broth while making a French dip sandwich as her mother, Carol Hull, checks an order Wednesday at Delish Bistro in Hermiston.

LaNae Hull puts onions on a lamb gyro as Rogelio Ramirez works on another order Wednesday at Delish Bistro in Hermiston.

For LaNae and Carol Hull, food and family go together like burgers and fries.

The mother-daughter team behind Delish Bistro in Hermiston take inspiration for their dishes from many cultures, but a love of cooking is something that has been passed through generations.

“In my family, food was always important,” Carol said. “My mother had a really good palate.”

Her father’s mother was a cook, and she has an uncle in the bakery business and nieces who run restaurants. In Hawaii her brother cooks for big get-togethers. Carol always cooked for her husband and four children, their friends and church functions, and eventually went to culinary school in Walla Walla after her children left the house.

LaNae said she always shared the family love of eating tasty cuisine, but once she was in high school she realized she should ask Carol to teach her how to make it.

“She was always cooking good food, so I was used to that,” she said.

The typical college fare might be Top Ramen and Taco Bell, but while at Oregon State University LaNae often found time to make home-cooked lasagna and other hearty meals, then freeze the leftovers in single servings for later. She also worked in a bakery, and eventually decided she wanted to quit studying business and head to culinary school.

Carol contends LaNae’s interest in cooking started far younger. She remembers once when LaNae was only five and Carol was sick in bed. La Nae decided to bring her dinner.

“She brought a salad that had vegetables, apples, all kinds of stuff she had found, and I was so impressed,” Carol said.

It didn’t taste great, but Carol pretended it was delicious, encouraging LaNae’s creative tendencies in the kitchen. Many of Delish Bistro’s dishes come from LaNe deciding to experiment.

LaNae has also been inspired by her experiences working at restaurants all over the country, including Hawaii, Seattle, Georgia and Chicago.

“Everywhere I go, I learn something new,” she said.

At Aria in Chicago, for example, where the slogan was “culturally inspired but comfortably American,” she was introduced to Indian cuisine and developed the yellow curry that’s a favorite of customers at Delish.

In Seattle, she learned about authentic Italian gelato, which the Hulls make from scratch with fresh ingredients.

Other dishes Carol and LaNae create together using inspiration from culinary magazines like Bon Appetit. And many of the Hawaiian-inspired entrees like teriyaki chicken and kalua pig are family recipes LaNae and Carol grew up on.

Not every recipe they create is a hit. LaNae said she loves cooking fish but Hermiston, it turns out, is not much of a fish community. There hasn’t been enough demand to keep any of their seafood-based dishes on the menu for more than a few weeks.

Carol said she was also surprised to find that few customers were ordering chili either time she put it on the menu.

Her favorite thing is baking, particularly since she has a sheeter machine now instead of having to roll the dough out by hand like she did when she cooked for her children.

“I enjoy making my croissants,” she said.

Carol is the perfectionist in the kitchen, while LaNae is more laid back. Both love variety — Carol said she introduced her children to so many foods growing up because it was just too boring to make the same dishes over and over.

The Hulls have kept that philosophy with their restaurant, serving a rotating seasonal menu of flavors from around the world.

“People can sit at our table eating all different cultural foods together,” Carol said.

For now, they operate out of a narrow kitchen at 1725 N 1st St, Hermiston, featuring an option of take-out or seating under a tent. The are working toward moving to a new location with indoor seating in the future.