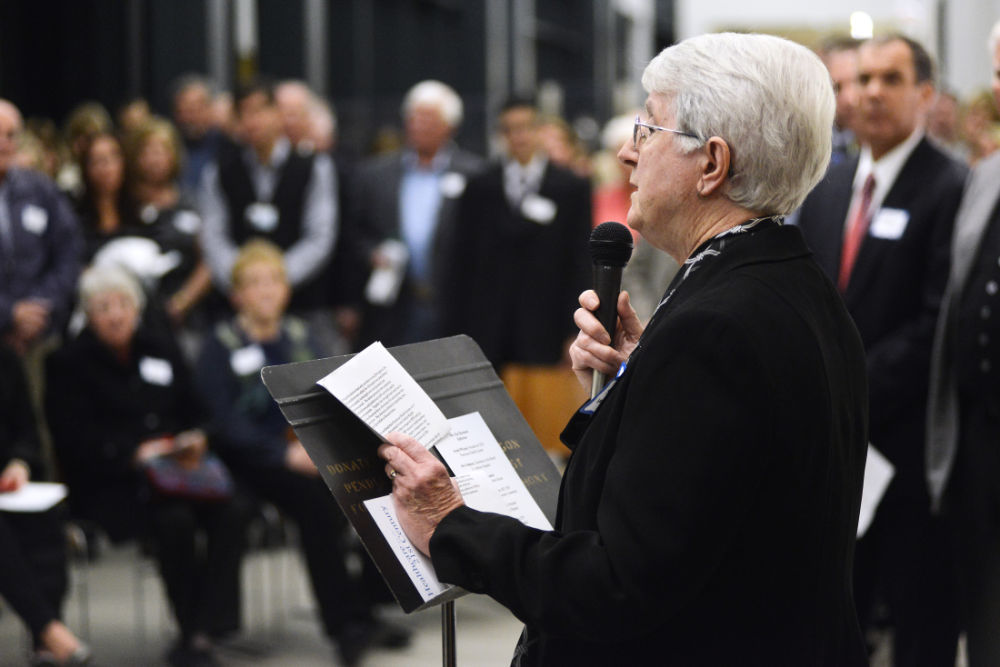 <p>Sister Esther Anderson with the Sisters of St. Francis of Philadelphia speaks at the grand opening ceremony for the new St. Anthony Hospital on Friday in Pendleton.</p> 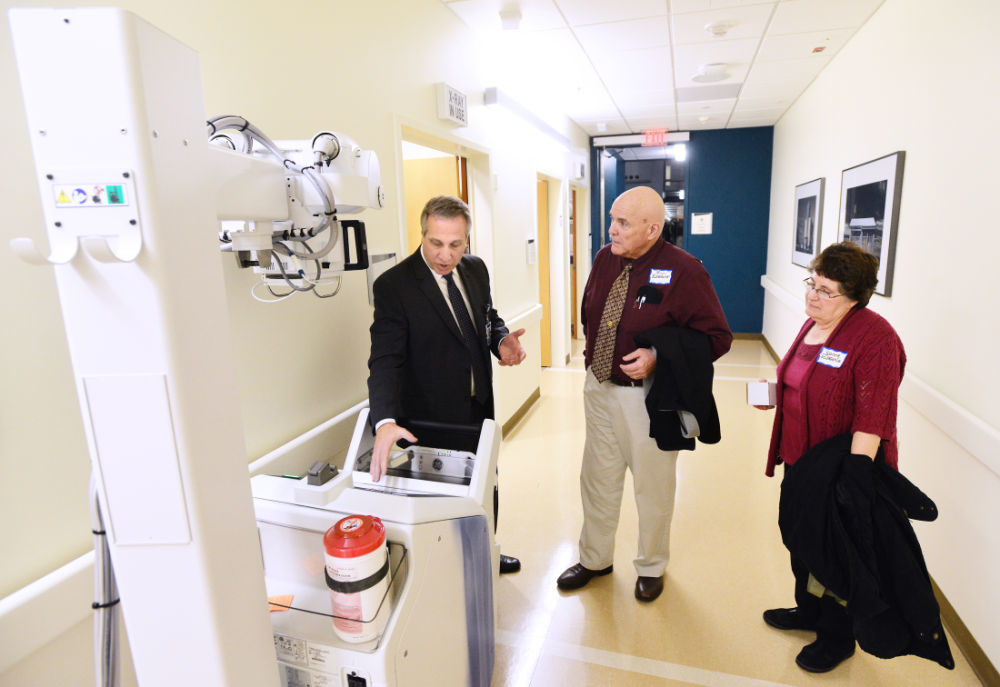 <p>Douglas Stweart of GE Healthcare out of Spokane talks about a new mobile imagining machine with Umatilla County Commissioner Bill Elfering and his wife, Yvonne, on Friday during a tour of the new St. Anthony Hospital in Pendleton.</p>

<p>Sister Esther Anderson with the Sisters of St. Francis of Philadelphia speaks at the grand opening ceremony for the new St. Anthony Hospital on Friday in Pendleton.</p>

<p>Douglas Stweart of GE Healthcare out of Spokane talks about a new mobile imagining machine with Umatilla County Commissioner Bill Elfering and his wife, Yvonne, on Friday during a tour of the new St. Anthony Hospital in Pendleton.</p>

For months now, hospital administration planned to open the 102,000 square foot medical facility at 7 a.m. on Nov. 20. Speaking to hundreds of supporters gathered in the foyer of the new hospital, chief executive officer Harry Geller said that wasnt going to happen.

The new open date is unknown.

Weve hit a little hiccup, Geller said. The state surveyed the new facility last week, but a decision has not yet been rendered.

With no state licensure yet, hospital staff must sit on their hands and wait. They will continue to use the old facility in the interim.

The new $70 million structure is also awaiting inspection from a state fire marshal. According to hospital communications director Larry Blanc, the fire marshal had to postpone the inspection because of other pressing investigations, specifically the church arson in Arlington.

Blanc spent his day retracting advertisements of the planned Nov. 20 opening. He and Geller didnt want to guess on when the hospital would be open for patients, but likened the state licensing delay to bureaucracy.

I can assure you our staff is 100 percent ready to operate in this facility right now, Geller said.

The hiccup didnt stop attendees from celebrating the ten years of work that led to the new hospital, and the 100 years of history before that.

Sister Esther Anderson, congregational minister of the Sisters of St. Francis of Philadelphia, told the story of Mother Mary Stanislaus fight to bring health care to Pendleton in 1901.

The Franciscan sisters had a three-story house with 12 patients before Doctor F.W. Vincent gave her $250 and told her to find more funds for a hospital.

Stanislaus then put 10 cannisters in bars throughout Pendleton and that soon filled with $8,000. That amount was matched by the Sisters in Philadelphia. By 1902, they built a hospital and took out a loan for the rest of the $75,000 cost.

The Catholic roots of Pendletons hospital sprinkled through the evening, starting with Rev. Rod Harwoods blessing for the new facility.

Many who come here need physical healing but hospital staff may need a place for rest, reflection and spiritual healing, Simpson said of the garden.

Once the ribbon was cut, visitors set off in different directions to tour sparkling new departments such as the sleep disorders lab and intensive care unit.

Were not upset about it because we know its going to open, he said. When we do open up, we want everything to be right.

[Editor's note: This story was updated November 18, 2013. A correction was made to information regarding the new St. Anthony Hospitals licensing delay. Building officials are waiting for a state fire marshal inspection, not a Pendleton fire department inspection. The state licensure is dependent on the fire inspection. The East Oregonian works hard to be accurate and sincerely regrets any errors. If you notice a mistake in the paper, please call 541-966-0818.]