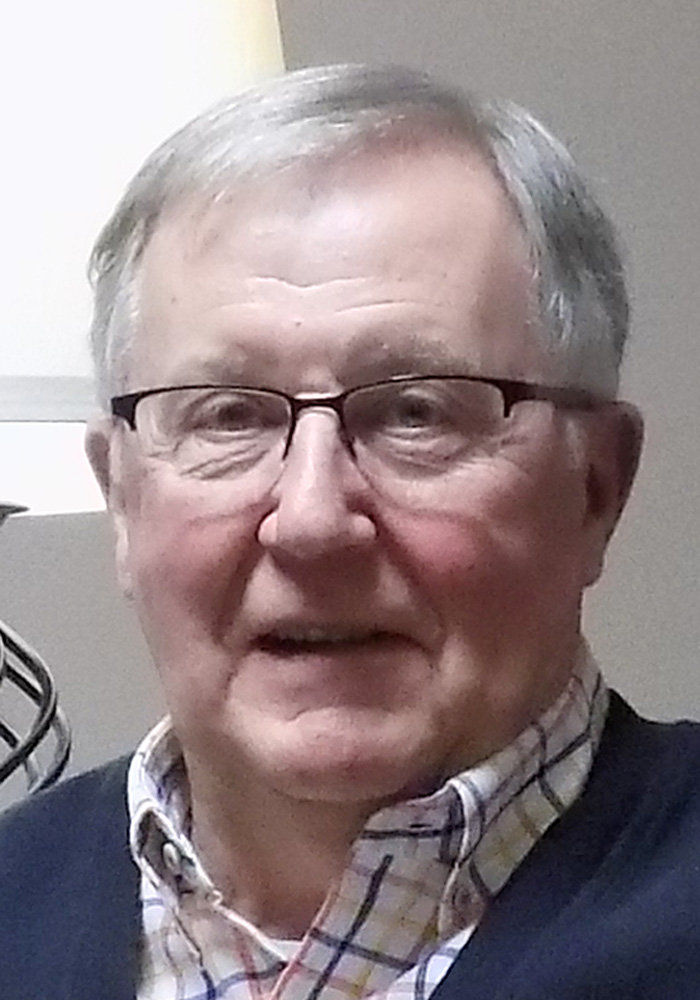 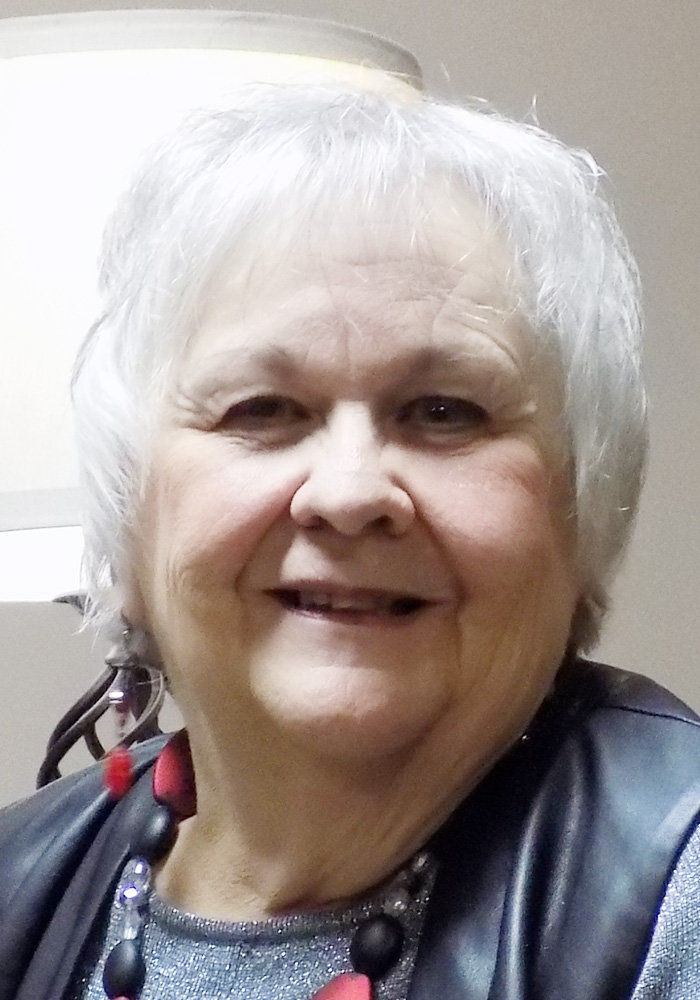 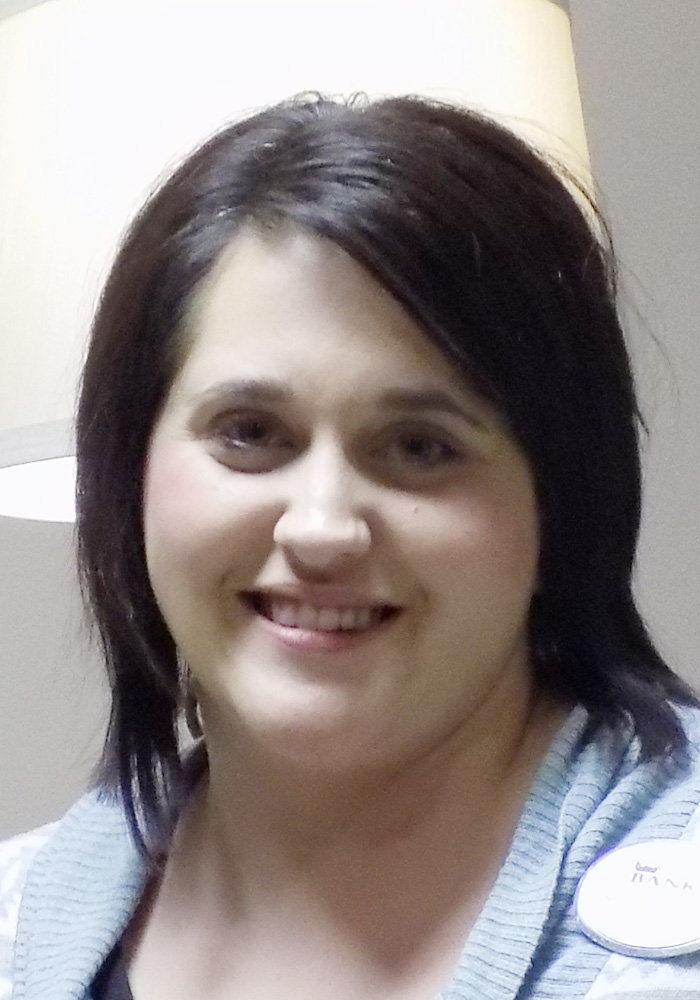 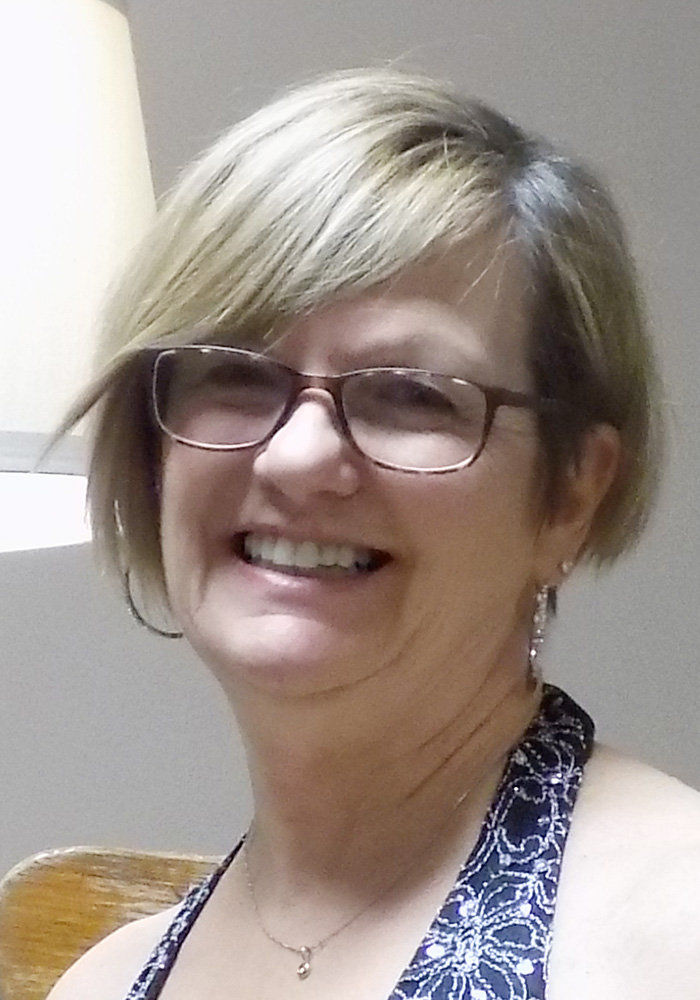 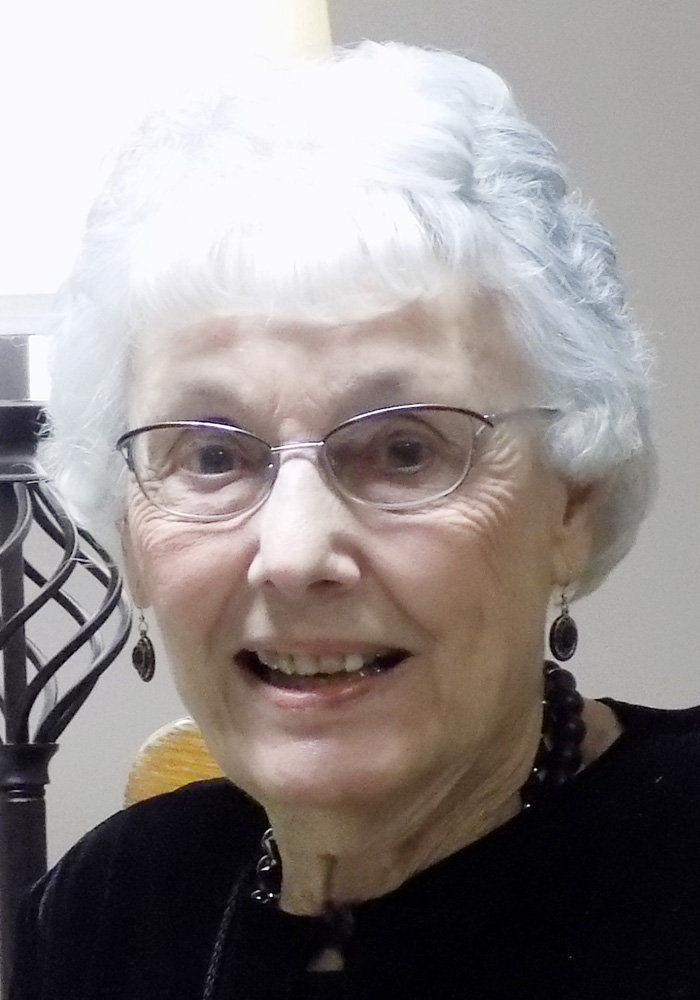 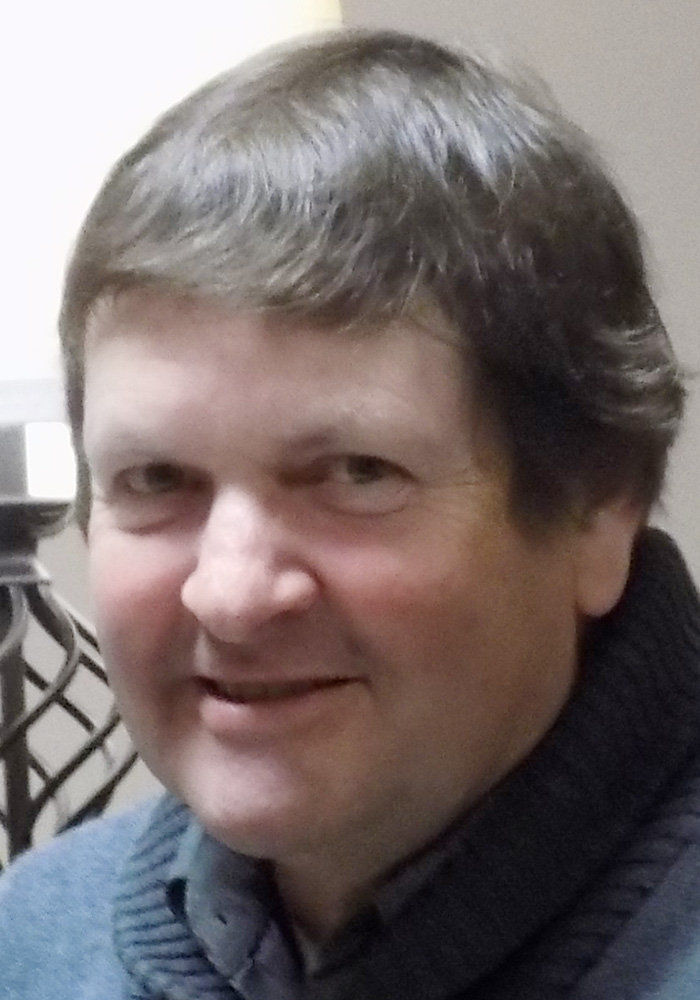 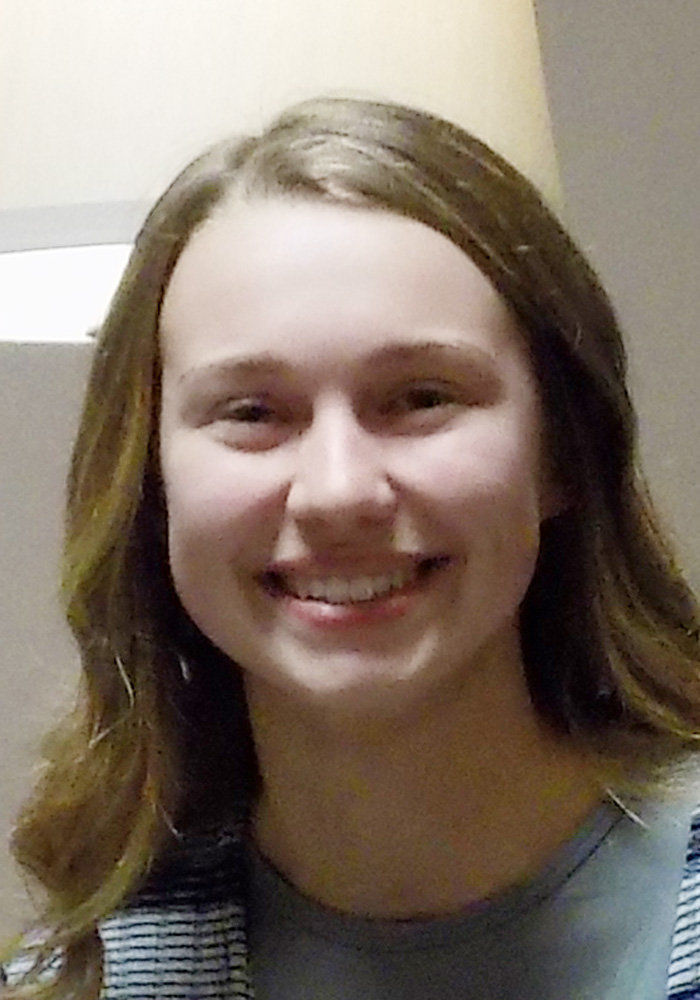 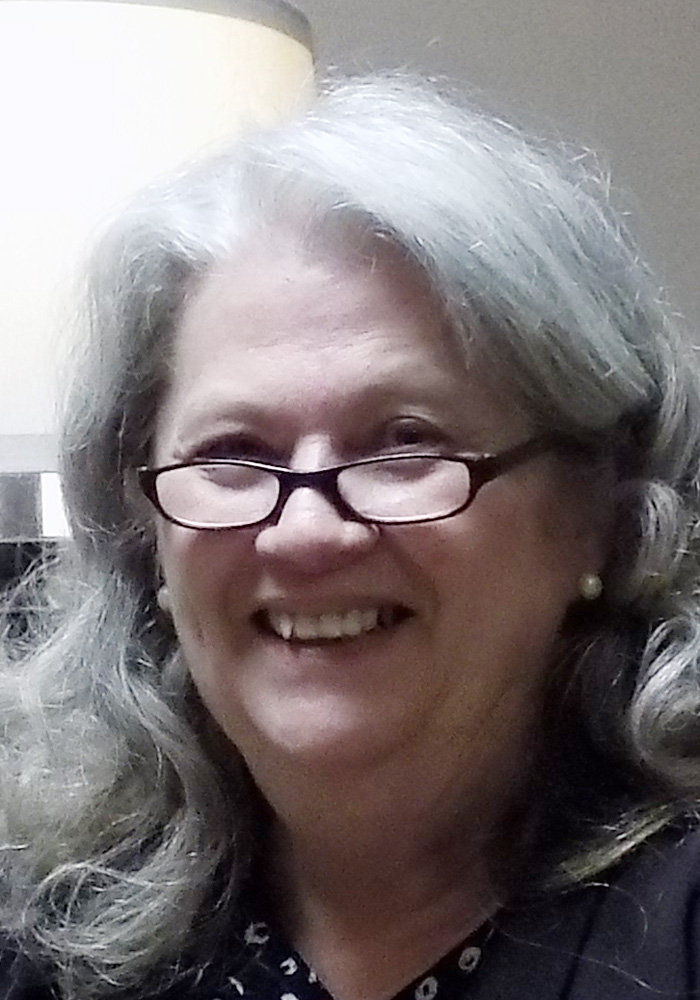 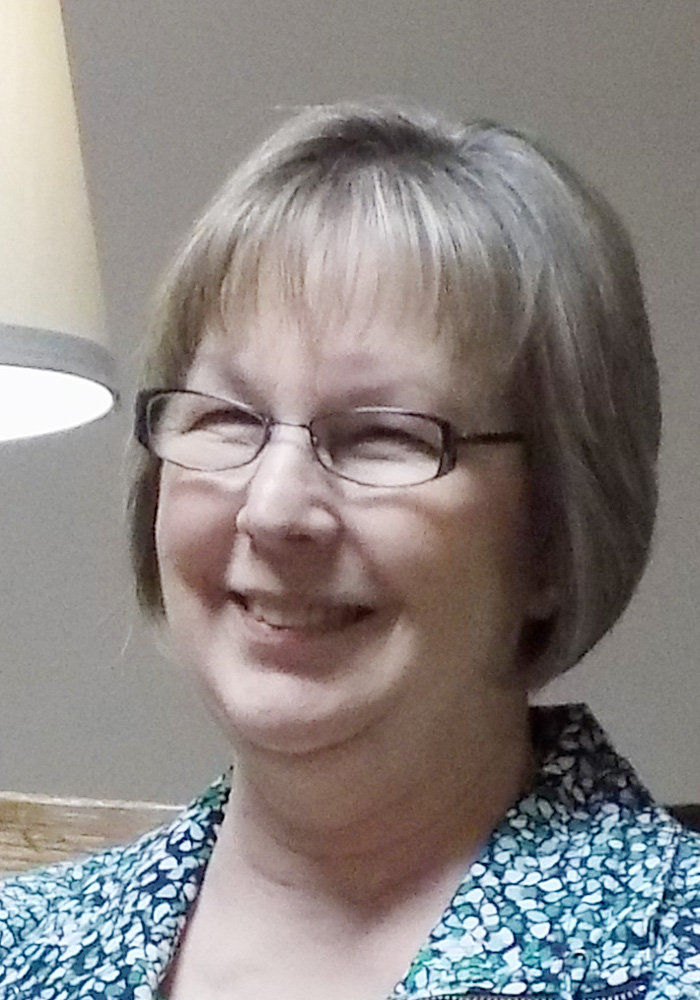 Tall trees to snowflakes and twinkle lights graced the tables at “A Winter Wonderland,” the 69th Milton-Freewater Area Chamber of Commerce Awards Banquet on Friday evening at the Community Building.

Keeping the crowd entertained while announcing the awards were 2016 Chamber President Aaron Duff and board member Julie Culjak.

Man of the Year Jim Stanton was introduced by Mike Garton as a “wonderful example of a family man, community leader, volunteer, and all-around good person.”

His many areas of service includes being involved in school activities, the Blue Mountain Community College Budget Committee, Milton-Freewater Downtown Alliance (MFDA), and on the boards of Rotary, Horizon and the Frazier Farmstead Museum.

Stanton was the originator of the idea that turned into The Gathering Place in the center of town and drew the plans and coordinated construction on the new concession stand at the track and football field.

“He runs toward work and away from the credit,” Garton said.

It was also noted that Stanton’s wife, Barbara, is usually involved in his activities and has mentioned to Garton on several occasions, “Please take my husband fishing so I can rest up.”

Cheryl York was honored as Woman of the Year and described as a cheerleader for the community.

Chamber Executive Director Tarika Banks listed York’s many hours of supporting young athletes by providing transportation, chaperoning, and being there to cheer for them.

As a member of the local Kiwanis Club, York is involved in the many service projects the organization does in the community and for individuals; along with mentoring the youth through the Key Club at Mac-Hi.

She was described as having a “quick smile” and “enthusiasm” for whatever activity she was involved in; including community parades, festivals, Make-A-Difference days, Professional Administrators Day luncheons, Citizens Awards banquets, and many more.

Letters supporting her nomination mentioned York’s “can do attitude,” that she was committed and dedicated, knows what needs to be done and does it, and is a huge asset to the community. Her efforts were described as a labor of love and, “Not only is she a worker bee, she also has fun, laughs and enjoys life.”

The Junior Citizen Award went to Samantha Copeland-Vinti, described as “one of Milton-Freewater’s most valued volunteers.”

Copeland-Vinti is “caring and willing to take the time to help others succeed; donating countless hours to make our town a better place for everyone,” stated Jessica Setzer.

As the Milton-Freewater Junior Show Secretary, a board member, and the awards chairman, she works tirelessly to benefit the youth of the area. As a 4-H leader, she gives her club members word of encouragement and helps them to be focused on goals to achieve.

The young wife and mother is also involved in the Chamber of Commerce, MFDA, Community Development & Planning, and in promoting events and fundraisers.

Words regarding Copeland-Vinti included: highest integrity; patience and tact; goes above and beyond in any task she takes on; works behind the scenes giving others credit and often does not get the credit she deserves.

Golden Pioneer Awards were given to Diane Biggs and Fran Hendricks.

Biggs is known as the community history buff. She has dedicated a large part of her life to the town’s history and Frazier Farmstead Museum where she served as the director for 31 years.

Being “the keeper of history’s flame,” Biggs often speaks at civic, service and social groups. She pioneered the Smithsonian Barn Again project and is an active board member of the Milton-Freewater Library.

Described as “totally dependable,” Hendricks is an avid supporter of the local schools, 4-H and the M-F Junior Show. She is a board member of the Frazier Farmstead Museum and actively involved in the Milton-Freewater Art Club, Elliott Christmas Party, P.E.O., and the St. Francis Catholic Church including work for the Church Women United.

Previously, Hendricks served on the Horizon board, was a library volunteer, was involved in the Orchard Park Project and served as president of the Watermill board.

George White received the Educator of the Year for his ability to make sure that even if a student may struggle, if they work hard they can be successful. As a music teacher, White excels in showing students the value of their skills in the classroom and out of the classroom. He has helped students provide countless musical performances to the community and all over the Pacific Northwest.

McLoughlin High School senior Kaitlyn Slusarenko was Youth of the Year. The 4.0 GPA student is a two-sport varsity athlete with a couple of state championships. Very active in FFA, she led her rituals team to a first place finish and was brave enough to fill in at the last moment for the secretary at the FFA Banquet. Slusarenko is noted for her hard work and her compassion for others.

The Agri-Business Award went to Ron Monnier, the manager of J. Frank Schmidt’s Milton Farm. When Monnier owned his own nursery he began hybridizing fuchsias and released more than 35 new fuchsia varieties into international markets. He collaborated with the Oregon State University Extension Services and the MFDA to bring many new trees to the streets and homes of Milton-Freewater.

The Business Award was given to the Valley Herald, owned by Sherri Widmer. The newspaper’s origins date back 129 years. The paper was credited with keeping residents informed of tragedies, mishaps and concerns, along with having human interest stories, historical pieces, and weekly columns written by a team of contributors and writers.

Gina Hartzheim was recognized with the President’s Award. The award is given to someone who has helped the Chamber and specifically the president over the year. “She is a great example of our community,” Duff said, “giving your all and making sacrifices.” He added that Hartzheim has spent countless hours to make sure events go off without a hitch.

Andrew Brown of Blue Mountain Cider was introduced as the 2017 Chamber president, with Dr. Clive Kaiser of the OSU Extension Service as president-elect.