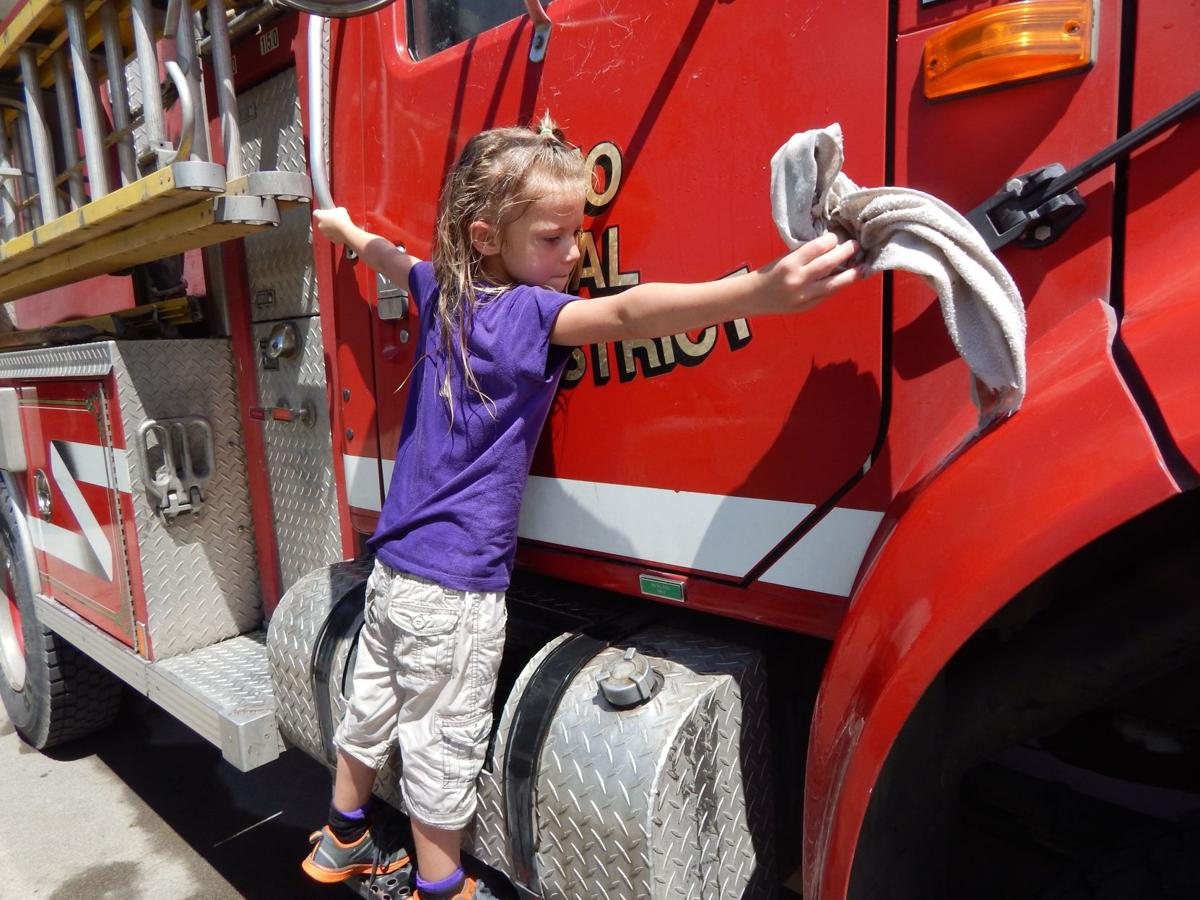 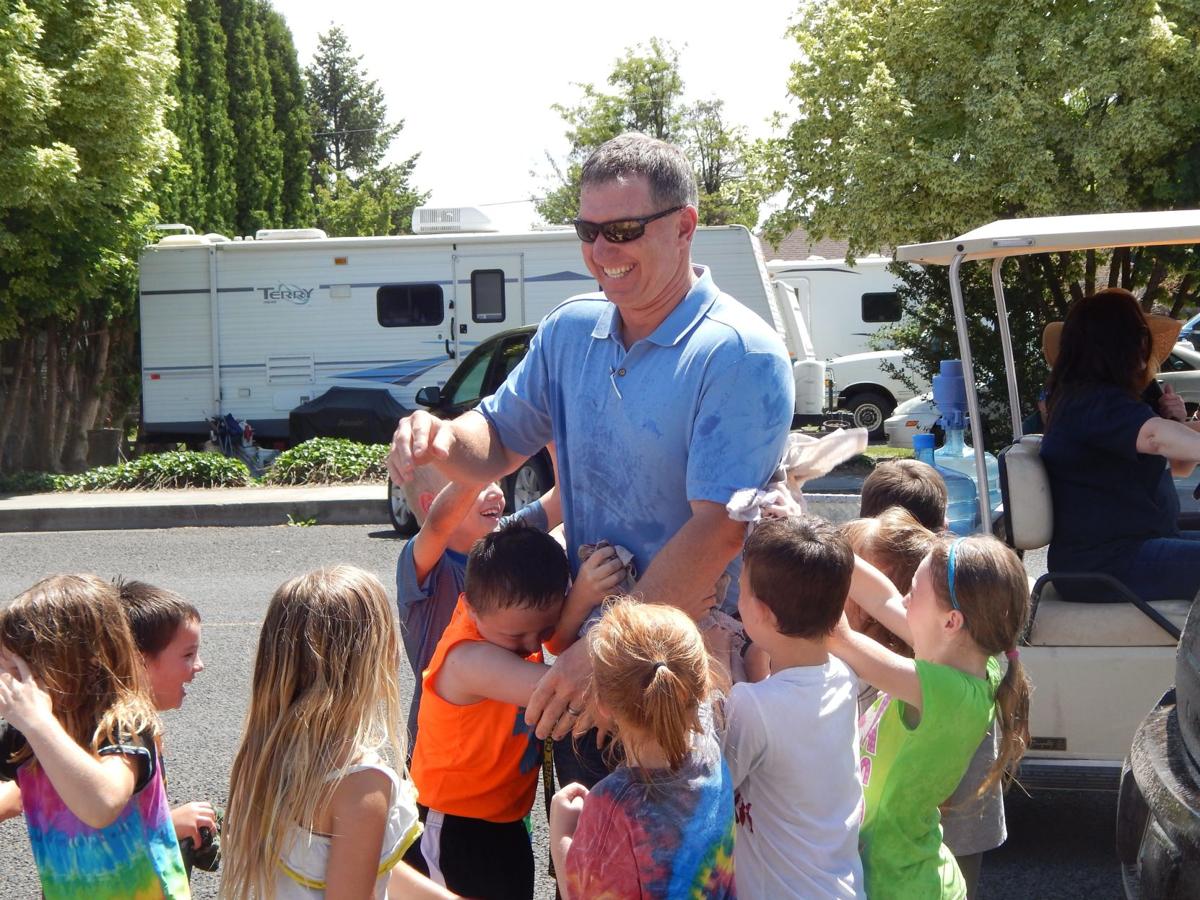 Echo School principal Keith Holman laughs as students rush to get him wet after washing fire trucks at the school's annual cleanup day. 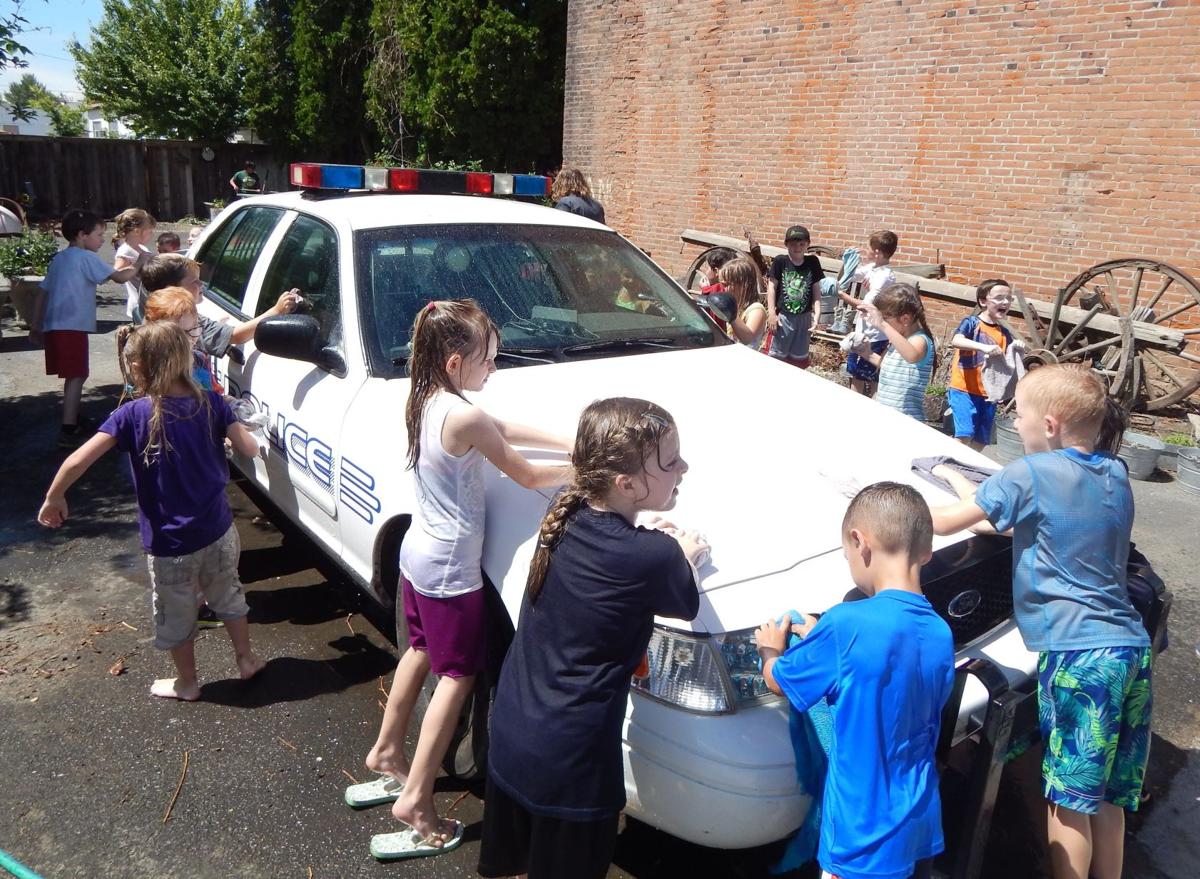 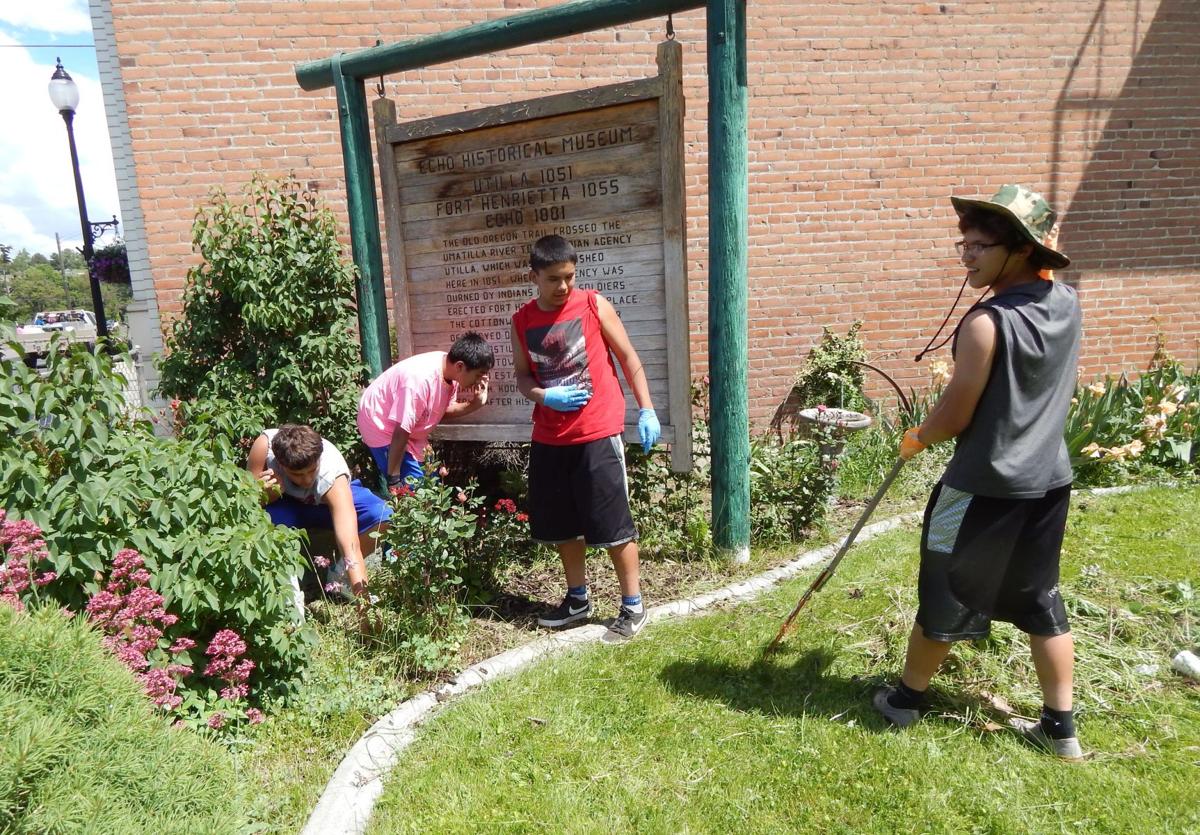 Echo School principal Keith Holman laughs as students rush to get him wet after washing fire trucks at the school's annual cleanup day.

When Echo School principal Keith Holman first heard about the school’s annual community cleanup day, he didn’t realize what a big deal it was.

Holman, who is in his first year at Echo School, soon realized it was more than a fun afternoon outing when calls and emails started coming in months in advance.

On Thursday the big day arrived, and Echo students scattered across the town for a thorough spring cleaning.

Kindergartners and first-graders washed fire trucks and police cars. Third-graders spruced up the arboretum. Second- and fourth-graders cleaned up the school grounds. Middle school students pulled weeds and picked up trash downtown. And high school students did yard work at homes around the community.

Eighth grader Lexi Cox, who was downtown pulling weeds, said she was proud to help the city.

“I’ve been here since kindergarten, so I’ve been doing this for nine years,” she said. “I like that we help actually keep the community clean.”

She said it was good for people to see that teenagers were capable of doing something besides being glued to their phones or a computer screen.

While the eighth graders were busy pulling weeds, Echo’s youngest students showed up at the fire station, towels in hand and emanating the scent of sunscreen. The adults set out buckets of soapy water and turned the hoses on the fire trucks, managing to soak most of the students in the process. The kindergartners and first-graders soon returned the favor, swarming their teachers and the firefighters for a sopping wet group hug.

Julietta Munoz said washing fire trucks and police car was fun, and she was happy to be able to do something for the firefighters and police officers.

“It helps them so they don’t have to work as much,” she said.

Teacher Briana Smith said when she told the class they were going to get to wash fire trucks, “they screamed they were so excited.”

Holman said he was happy to keep the school tradition going.

“It’s a fun day for them but the big thing is they have that ownership of, ‘Hey, I washed that fire truck,’” he said.

The cleanup was scheduled ahead of Echo’s big A.C.E. Car Show, which is expected to draw 200 vehicles this year. The show is Saturday from noon to 5 p.m. in downtown Echo and includes a 1996 Ferrari raffle to raise proceeds for the Echo football team.