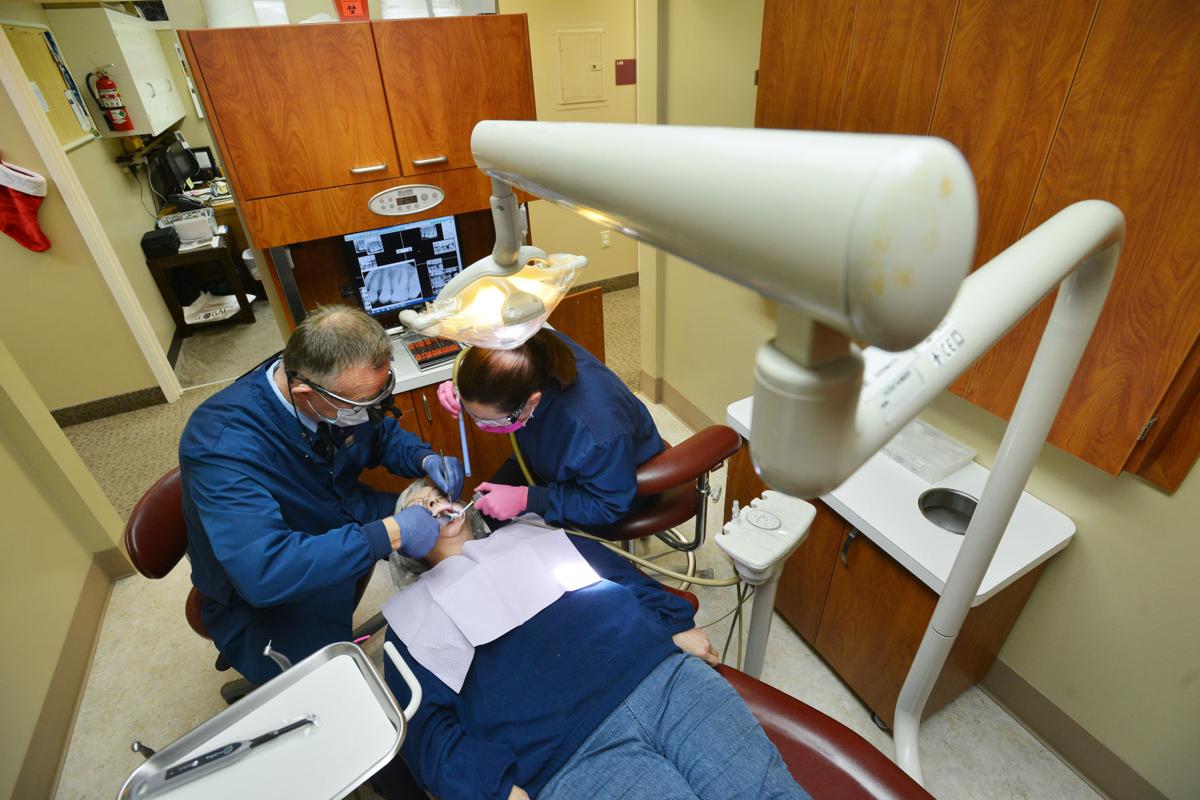 As Medicare’s deadline for enrollment approaches, local dentists hope people will make plans for caring for their oral health. 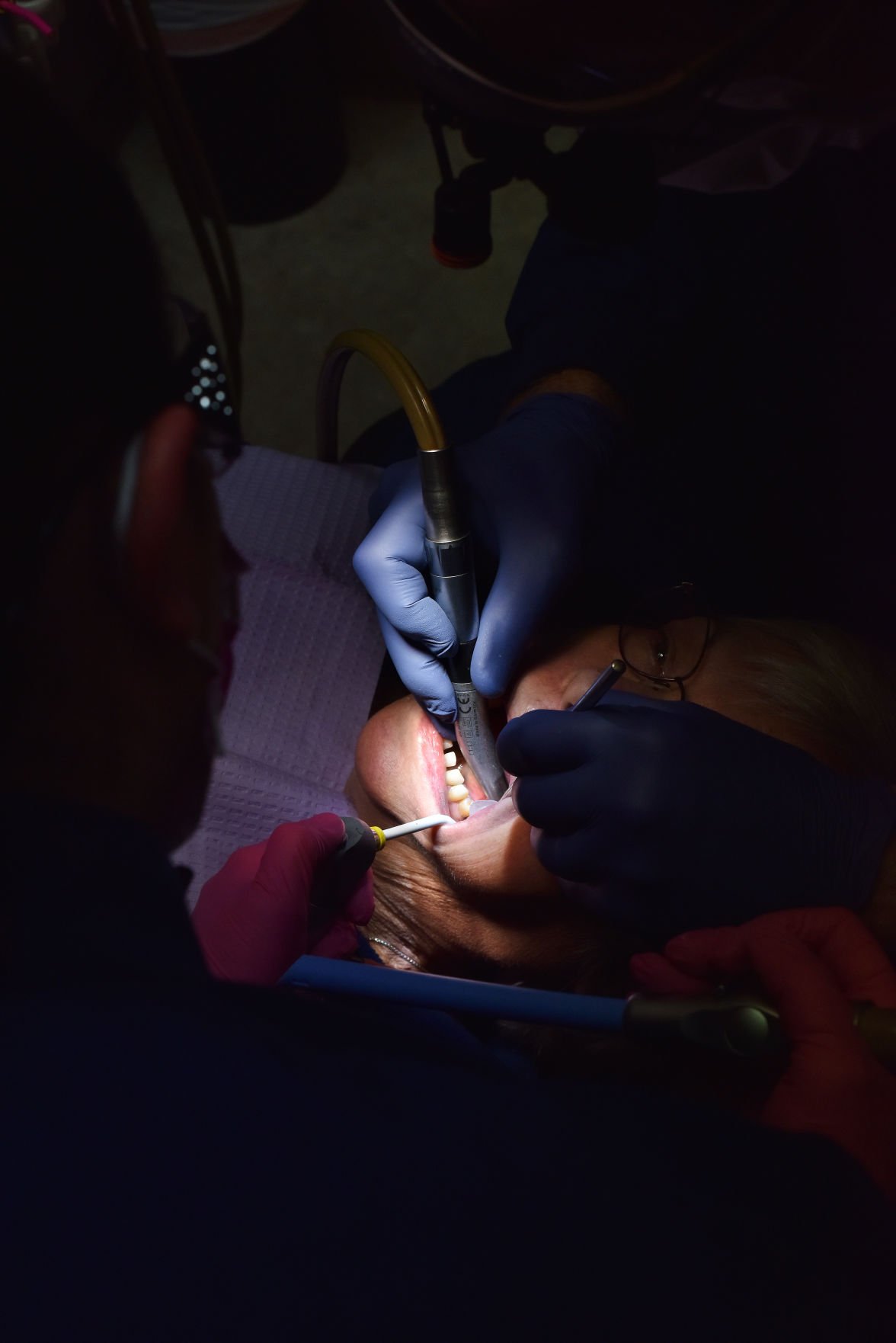 As Medicare’s deadline for enrollment approaches, local dentists hope people will make plans for caring for their oral health.

In a time of chia seeds, fasting, interval training and low-carb diets, consider the lowly toothbrush.

Want to stay healthy? Take care of your mouth.

A study released this year found a link between teeth-brushing habits and risk of cardiovascular disease.

“The mouth is like a freeway system to the rest of your body,” said Dr. Teri Barichello, vice president and chief dental officer at ODS Companies.

The onramp to the freeway? Bleeding gums. Bleeding gums are a symptom of oral disease that signals danger and offers an opening for bacteria to escape to the rest of the body. Once in the bloodstream, it reacts with blood vessels to form arterial plaque.

“Bleeding gums are not OK. Blood in your spit is an indication of inflammation,” Barichello said. “The CDC (Centers for Disease Control) estimates that 50 percent of adult Americans are walking around with gum disease and most don’t know it. It’s a silent disease.”

“Teeth and gums have tremendous impact on overall health,” Rickards said. “The mouth is really the entryway to the body. Having those routine screenings is incredibly important.”

With the understanding that oral health affects disease in the rest of the body, insurance companies are starting to offer health management programs focused on dental hygiene. Rickards said women in Moda’s maternity program, for example, work with a health coach and undergo dental screening.

An increasing number of studies are showing links between heart health and dental health.

“Renowned cardiovascular physicians are saying we can’t manage for all the risks without involving dental,” Barichello said.

After kickoff of the Affordable Care Act in 2014, Oregonians who had little or no previous professional dental care started getting it, most of them through expanded Medicaid.

“The really bad thing about gum disease — it often isn’t very painful until it gets really bad,” McEntire said. “It’s the same with periodontal disease — people have it and they don’t know it.”

He compared periodontal disease to a rotting fence. Think of your teeth as a fence with posts deep in the ground in the form of bone.

The idea of a connection between gum disease and overall health existed 30 years ago when McEntire attended dental school. Since that time, he said, more and more studies have confirmed the suspicions.

“When you have chronic infection in your mouth, your body responds with inflammation,” McEntire said. “You allow these cells to circulate in your blood.”

Barichello, a dentist who is also the daughter of a dentist, urged people to take time at the sink thoroughly brushing each tooth. She confessed she once thought she was doing an adequate job, but got a huge wakeup call as a dental student.

“In dental school, we did a plaque test where you chew up the red tablets,” Barichello said. “To prepare, I went home at lunch and brushed and flossed.”

The dental students crunched the red tablets, swished their saliva, spit and looked in the mirror. The results were humiliating. Some broad areas in her mouth showed up red, revealing dental plaque.

“Now I’m a huge believer in electric toothbrushes,” she said.

She and Rickards stressed the importance of dentists and physicians working together to treat patients.

“With limited collaboration between dentists and doctors, we face something of a dental divide,” he said.

“For decades and decades, we developed in different directions,” Barichello said.

Slowly, however, collaboration is happening. Doctors and dentists get together for medical-dental summits, such as the Eastern Washington Medical-Dental Summit last March in Kennewick.

“It’s more and more evident in medical circles how harmful (periodontal disease) is,” McEntire said. “We sometimes get referrals from doctors of people who are going to undergo a transplant or cardiac surgery or anything where they’re concerned about chronic infection. They’ll send them to us first and say we would like you to take out any teeth that are questionable.”

“With connections and correlations with diabetes and heart disease, suddenly it opens new pathways for research funding,” Barichello said. “With increased funding, we’re homing in on it.”

For those without dental insurance, open enrollment for the Affordable Care Act will continue until Dec. 15 at healthcare.gov.