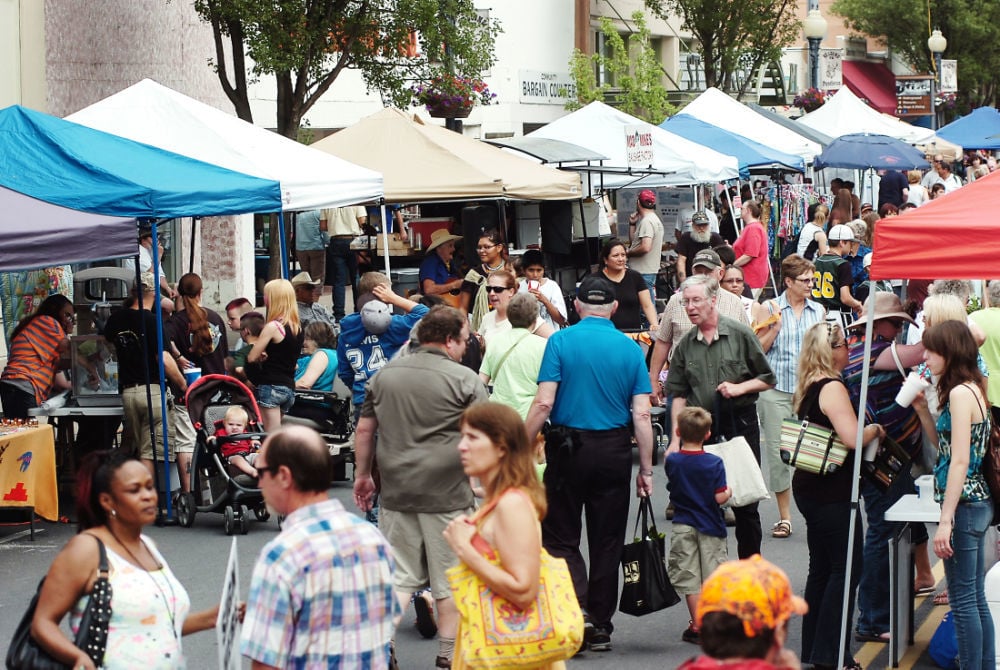 Patrons walk Main Street for the Farmer’s Market in downtown Pendleton. Oregon residents will start to receive letters in March asking for general information about themselves for the 2020 census, the official count of U.S. residents every 10 years. 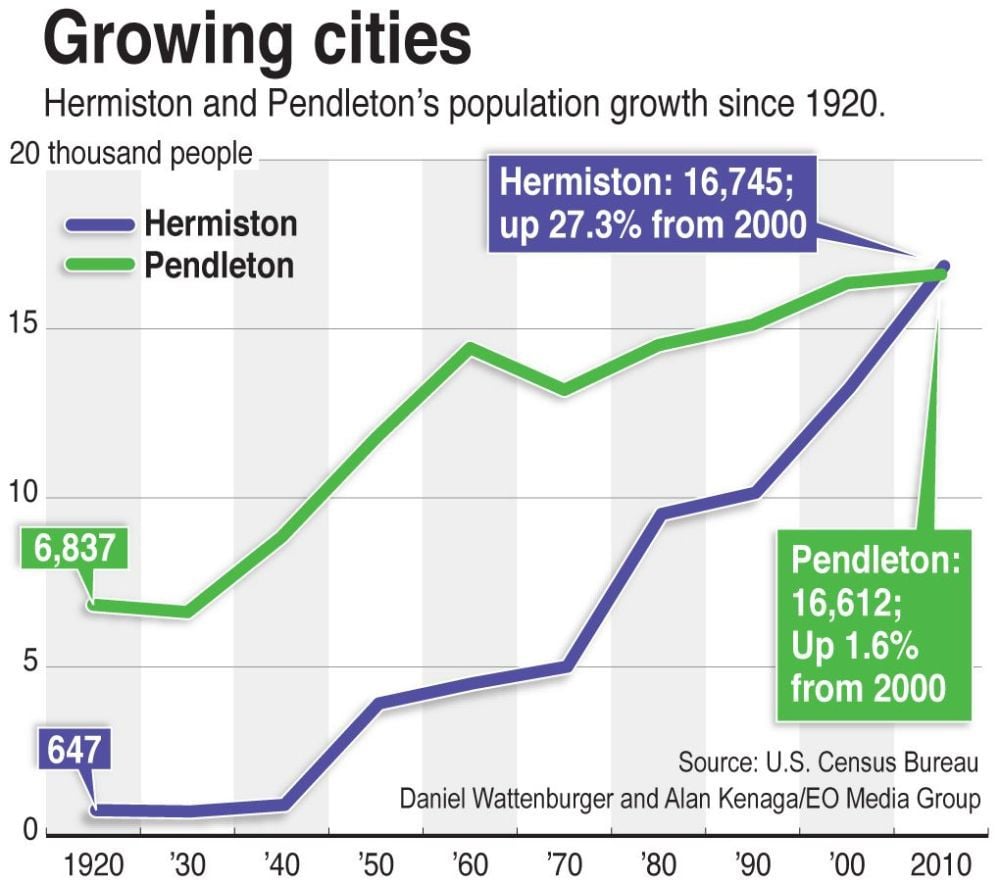 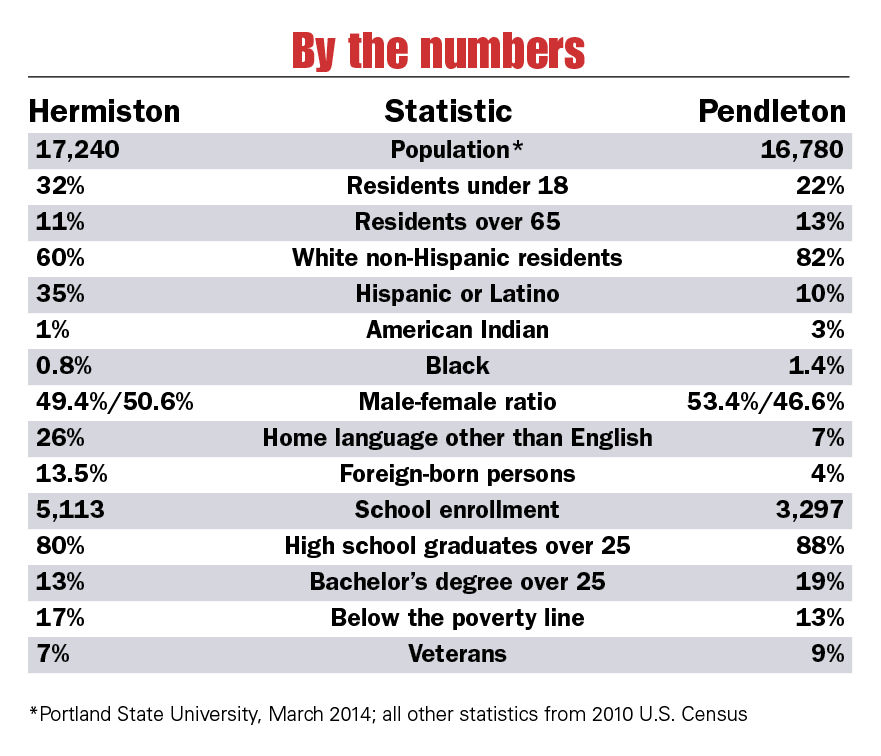 Patrons walk Main Street for the Farmer’s Market in downtown Pendleton. Oregon residents will start to receive letters in March asking for general information about themselves for the 2020 census, the official count of U.S. residents every 10 years.

In 1930, Pendleton had a population that was more than ten times larger than its neighbor to the west, with 6,837 people living in the Round-Up City versus 608 in Hermiston.

While World War II sparked a population growth in Hermiston that hasnt slowed down in the ensuing years, Pendletons population is only about 2,000 more than in 1960 and has stagnated in the last decade.

Between 2000 and 2010, Pendleton grew at a rate of 1.6 percent, below the state average. And that population is boosted by the presence of the East Oregon Correctional Institution, which houses about 1,600 adult men  nearly 10 percent of Pendletons population.

So while the city of Pendletons history is significantly older than Hermistons, its population skews that way, too.

According to the 2010 U.S. Census, the average age of a Hermistonian is 31  nearly half a decade less than their counterparts in Pendleton at 37.

McKennon McDonald, 23, will join the Pendleton City Council in January as its youngest member in recent history. Shes an elementary school teacher and campaigned in the spring on creating more opportunities for young families in town.

With Pendletons renewed focus on housing, the infrastructure overhaul of the school district and the burgeoning unmanned aerial systems industry coming out of the Eastern Oregon Regional Airport, McDonald said Pendleton should start to get younger.

She said Hermistons relative youth appears lower because of the number of juveniles living in the city. About a third of Hermistons population is under 18 while Pendleton is closer to the state average at 22 percent.

If you took minors out of the equation, they would be the same as us, she said.

McDonald said she wanted to come back to Pendleton after going to college in Portland because her family  the ORourkes  have lived here for three generations. She said she plans to start her own family here and keep that tradition going.

The upshot of having an older population is higher income for each person. On average, Pendletonians make about $22,000 a year with the median household income at nearly $48,000, making them the highest earners in Eastern Oregon.

While Hermiston can contribute much of its growth to an influx of Hispanics, Pendleton is still overwhelmingly Caucasian  higher than even the state of Oregon at more than 87 percent.

The citys American Indian population is 3 percent thanks to the citys proximity to the Confederated Tribes of the Umatilla Indian Reservation.

While seemingly small, Pendletons Indian population is twice the state average and the number receives a slight boost when considering biracial tribal members.

CTUIR spokesman Chucks Sams said Indians that live in Pendleton are generally middle class due to the higher cost of living associated with living off the reservation.

Sams, who resides in Pendleton, said the city has made great strides in the past 10 years in recognizing the needs of its Indian population by working with the tribal government.