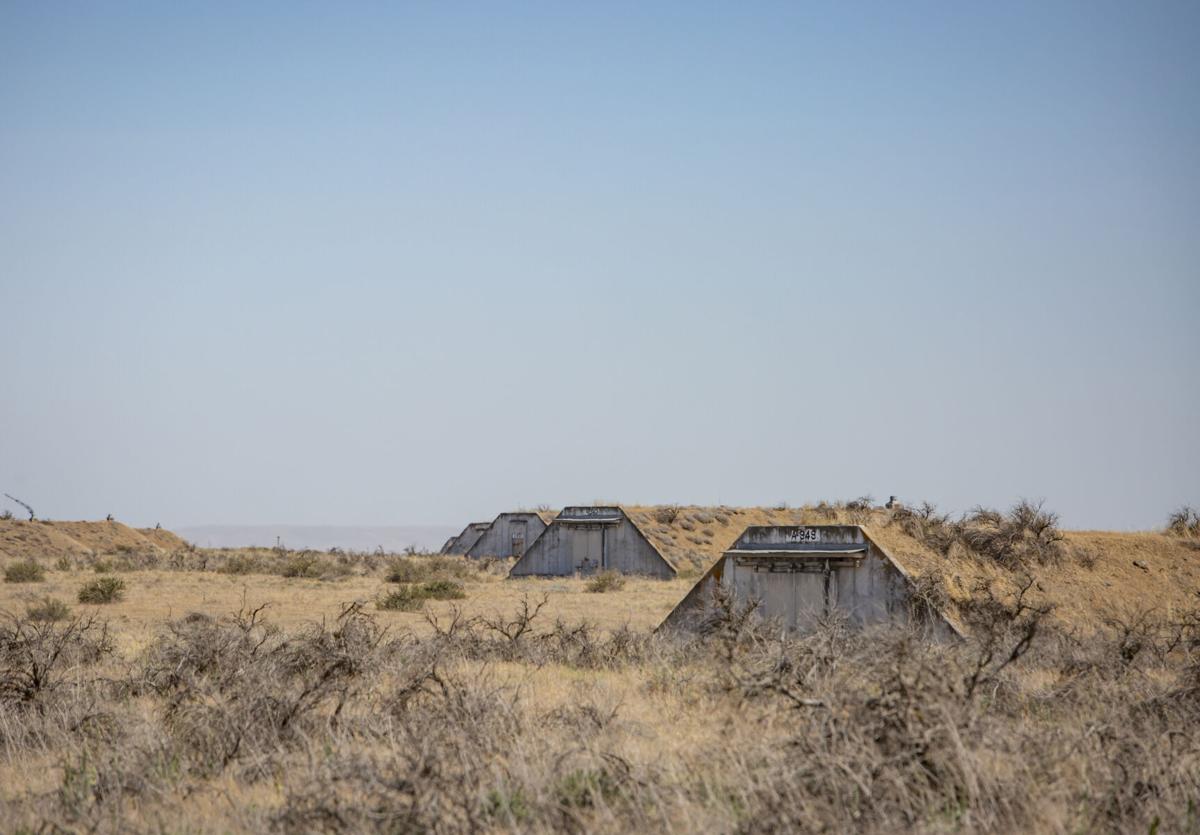 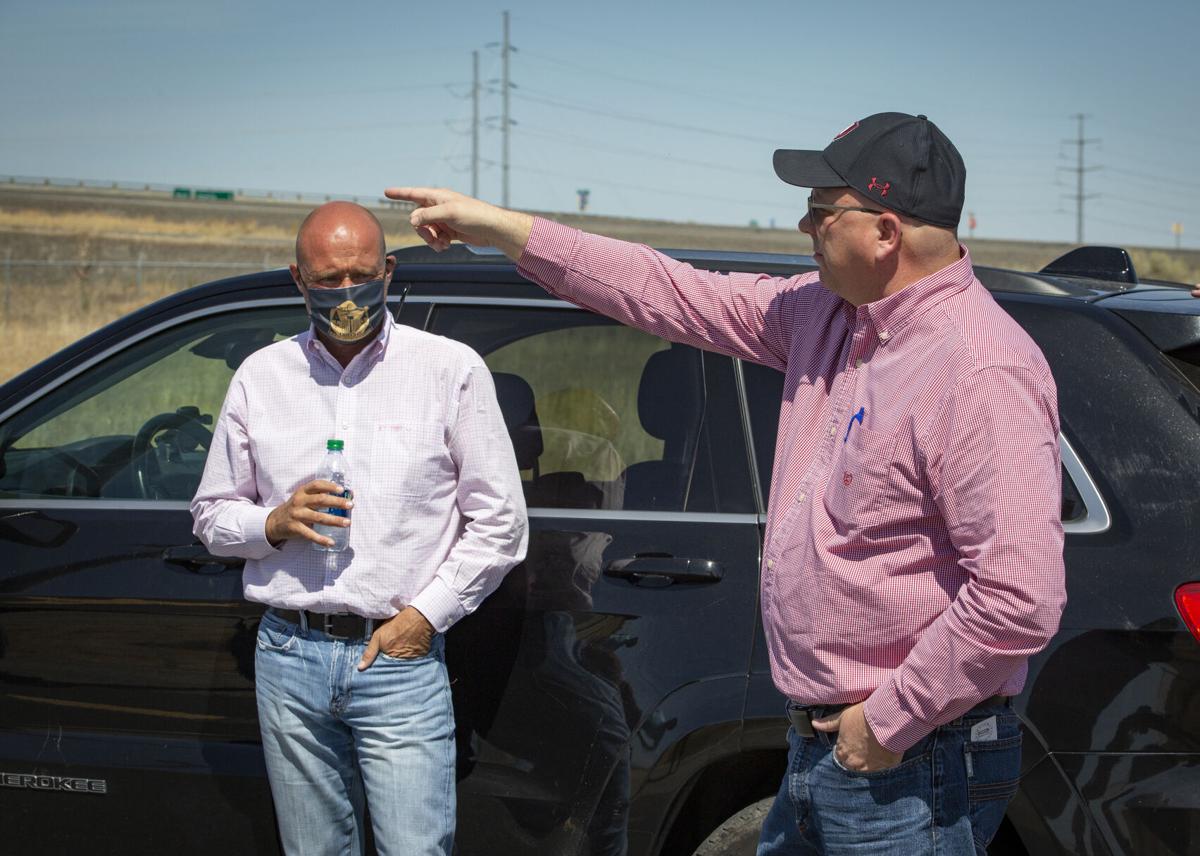 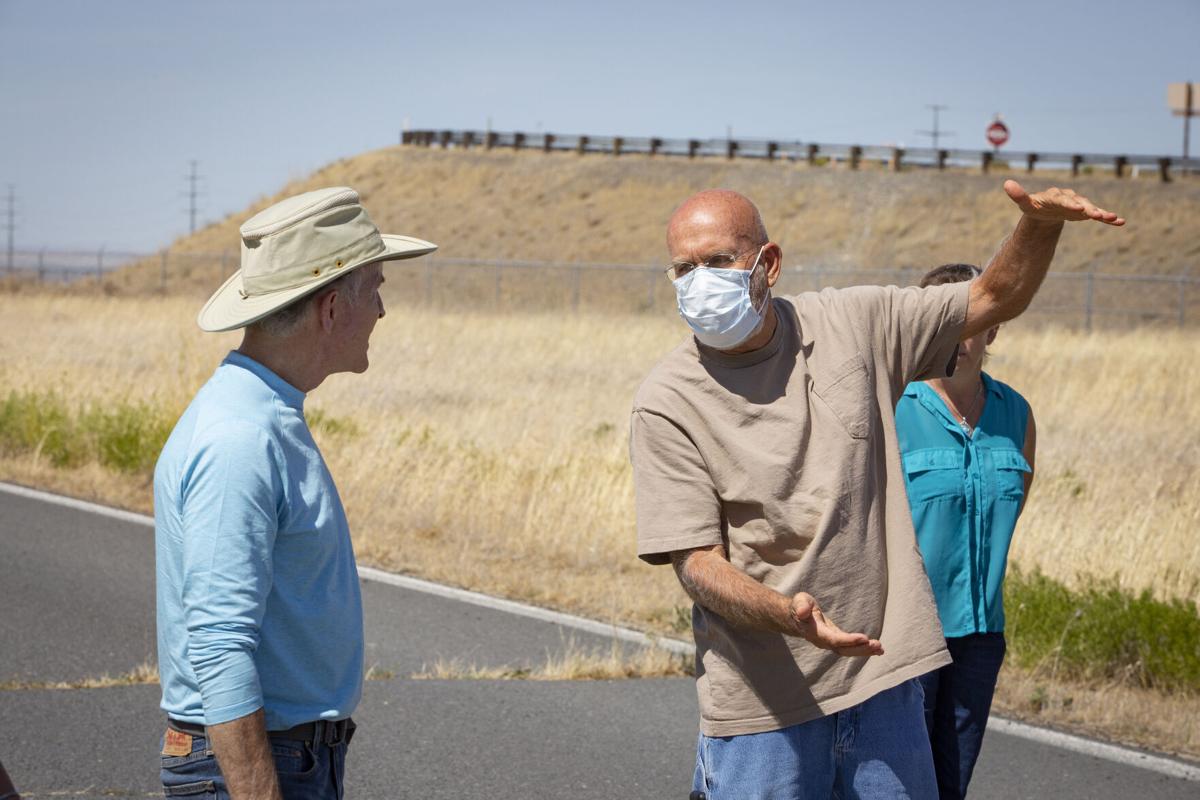 Port of Umatilla General Manager Kim Puzey, right, speaks during a tour of the former Umatilla Chemical Depot on July 14, 2020. 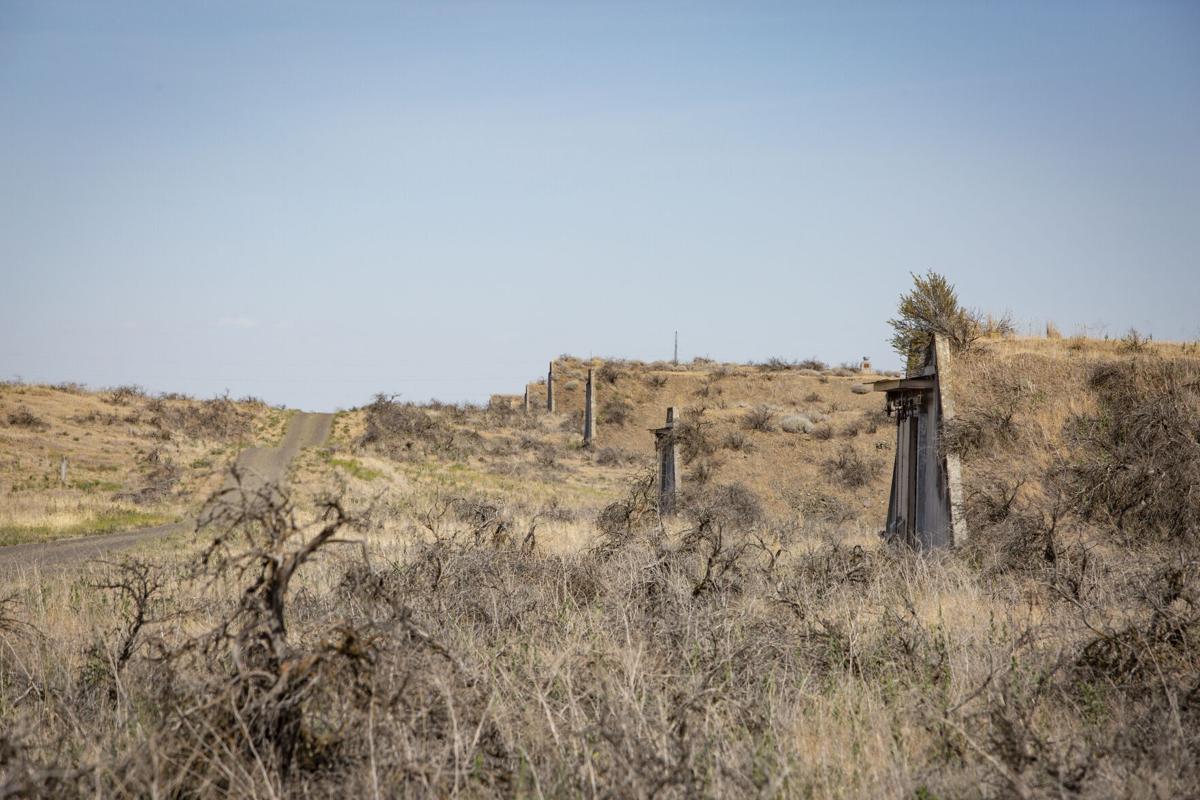 Storage igloos line a section on the southeast corner of the former Umatilla Chemical Depot on July 14, 2020.

Port of Umatilla General Manager Kim Puzey, right, speaks during a tour of the former Umatilla Chemical Depot on July 14, 2020.

Storage igloos line a section on the southeast corner of the former Umatilla Chemical Depot on July 14, 2020.

BOARDMAN — What was expected to be a routine board meeting for the Columbia Development Authority on Thursday, Oct. 8, caught Umatilla County commissioners off guard when the board voted to draw up paperwork stating the Port of Umatilla and Port of Morrow should receive all of the industrial lands on the former Umatilla Chemical Depot once the CDA disbands.

“The word I would use was ‘blindsided,’” Umatilla County Board of Commissioners Chair John Shafer said. “I was kind of shocked. It wasn’t even on the agenda.”

Commissioner George Murdock described the vote as an “ambush” and said he and Shafer supported Commissioner Bill Elfering, who officially represents the county on the CDA board, in his vote against the decision.

The U.S. Army has already transferred 7,500 acres of the depot to the Oregon Military Department and is preparing to transfer the other 9,500 acres to the CDA, a partnership between Umatilla County, Morrow County, Port of Morrow, Port of Umatilla and the Confederated Tribes of the Umatilla Indian Reservation. As part of the agreement, the CDA will oversee the property for seven years before it disbands.

At the end of the Oct. 8 CDA meeting, after the board chair asked if anyone “has anything else for the good of the order,” Port of Umatilla General Manager Kim Puzey made a motion that as soon as the Army transfers the land to the CDA, the board adopt documents to “memorialize our intent” to deed the industrially zoned portions of the property to the Port of Umatilla on the Umatilla County side of the county line, and the Port of Morrow on the Morrow County side of the line.

Zoning maps show 1,872 acres of industrial land in Morrow County and 1,278 acres in Umatilla County, mostly along interstates 84 and 82.

“I think that was the intent all along, but I don’t think we ever put anything in writing, so I think it’s important that we’re all on the same page because there’s a good chance that a lot of us won’t be there when it happens,” Neal said.

Morrow County Commissioner and CDA Board Chair Don Russell said turning the industrial property on the Morrow County side of the depot over to the Port of Morrow was “always the intent,” because the port had more expertise and money to develop the land, compared to the county.

Elfering said Umatilla County was interested in obtaining the industrial land in its territory when the seven years is up and he did not think the board was ready to make a final decision about ownership yet.

Bill Tovey, who represents the CTUIR on the board, agreed.

“It’s great getting wildlife properties, but it would sure be nice to be part of the industrial as well,” he said, referencing the plan to turn the wildlife habitat portion of the depot over to the Tribes.

Tovey and Elfering were outvoted by Puzey, Neal and Russell, however.

“I think we’re getting way out ahead of our skis on this issue,” he said.

Neal responded that getting the industrial parcels shovel-ready to attract development would require an extensive amount of investment in everything from demolition to new bridges.

“You could potentially be putting resources to something that never comes to fruition,” he said. “At least from our standpoint, when we start looking at infrastructure, if I’m going to put a 30-inch pipeline out to the depot, I need to have some sort of guarantee that I’m going to be able to service customers out there or have marketable land there or something.”

Puzey echoed that sentiment. He said if entities, such as the Port of Umatilla, are being asked to invest in the property, they should have a guarantee of what will happen to that investment when the seven years is up. He also referenced the CDA’s need to make decisions soon on how exactly to use the “perishable” $9 million the Oregon Legislature appropriated in its 2017 transportation package for road projects at the depot.

“There are needs on both sides of the county line and there are limited resources that have been made available,” he said.

After the meeting, Puzey said his understanding in 26 years of work trying to get the depot returned to local control has always been that the ports would receive the industrial land.

He said he brought the motion to the floor after listening to talk of possible solar projects on the wildlife habitat area that would benefit the CTUIR, and talk of easements and feasibility study funding for Umatilla County for water and wastewater projects on the depot that would benefit the county. He wanted to make sure the ports didn’t get left out.

“From my perspective, it had to do with parity and proportionality so that everyone gets something,” he said.

He said ports in Oregon have a legislative mandate to “diversify the economy and expand trade,” and that narrow focus was better suited to handling the property than a county, which also oversees functions, such as public health and the sheriff’s office.

County commissioners said they wanted to see the county take ownership, however, not the port.

Shafer said after the meeting that it made more sense for the Port of Morrow to take over the Morrow County parcels, because it is a “very active” port.

“The Port of Umatilla is not,” he said. “Why would we want it to go to an inactive port?”

He said the county does not consider the matter settled after the vote, and will push for more discussion on the issue.

As the CDA board went through agenda items during the meeting, Executive Director Greg Smith outlined various reports and paperwork that had been completed, and said at this point the CDA had done all it could on its end for the transfer, and is just waiting on the signatures of the proper federal authorities.

“The good news, gang, is that we’re getting pretty close here,” he said.