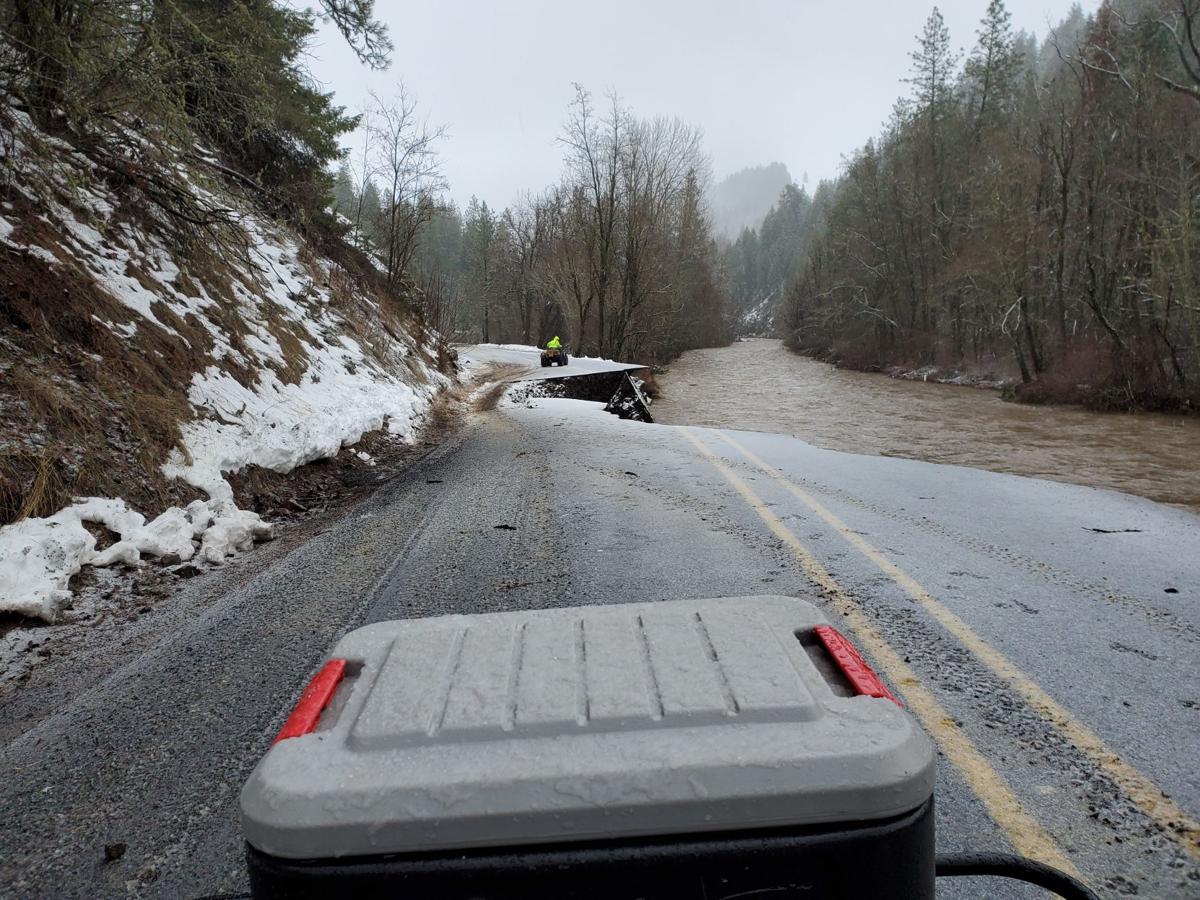 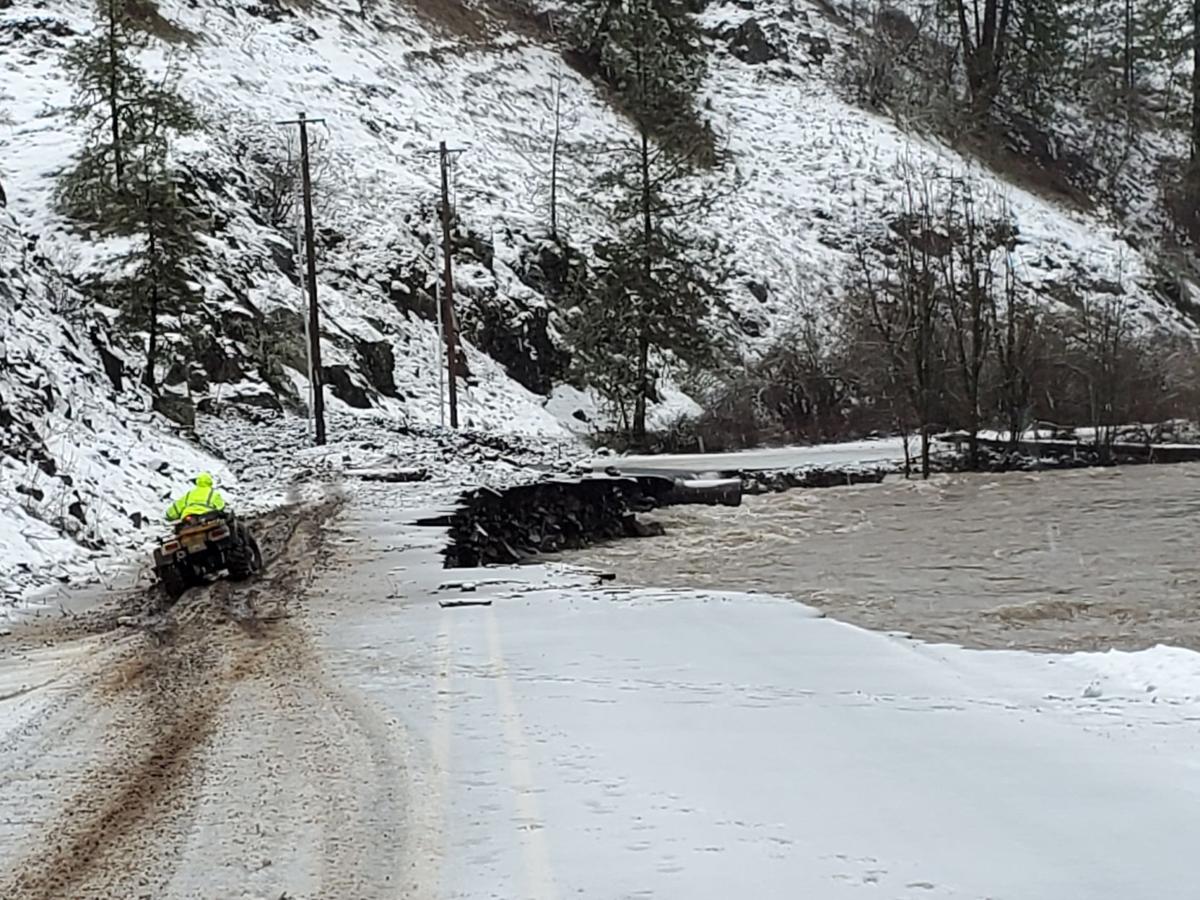 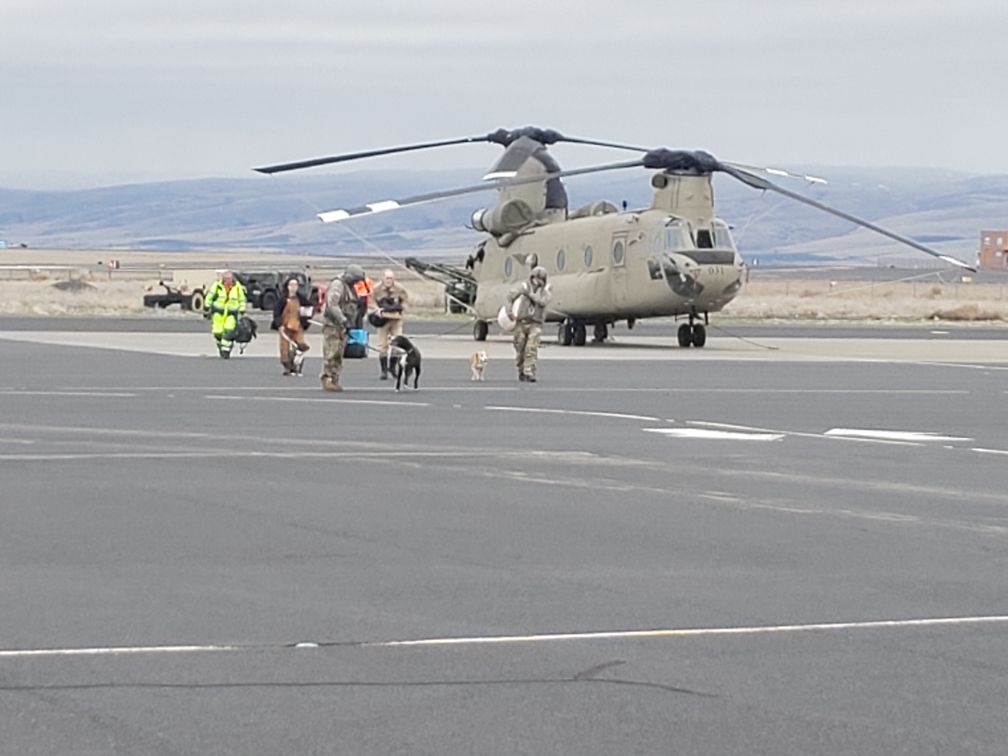 UMATILLA COUNTY — Two helicopter crews provided by the Oregon Army National Guard and Umatilla County Search and Rescue evacuated 21 people from their homes in flooded areas Saturday, according to a press release from the Umatilla County Sheriff's Office.

In total, 16 people were evacuated from the Bingham Road area and another five were rescued from the Mill Creek area Saturday.

Combined with those made on Friday, Saturday's rescues bring the total of people airlifted to 47 due to flooding in the region.

Umatilla County Sheriff Terry Rowan said personnel will gather for a briefing at 8 a.m. Sunday to set a plan for another day of rescues.

On Friday night, the Oregon Office of Emergency Management warned Northeastern Umatilla County residents — including in Gibbon and areas along Bingham Road and Mill Creek Road — that Saturday may be their last chance for helicopter rescue for weeks.

“If they are in any doubt they won’t be able to shelter in place for weeks, they need to make a decision” said information officer Kevin Jeffries, “We recognize this is highly stressful. This may be the only chance we have.”

Because power is down throughout much of the area, emergency personnel are asking anyone who knows people living in affected areas to attempt contact through text message or Ham radio as soon as possible.

The Oregon Army National Guard with Umatilla County Search and Rescue airlifted 26 people from the high waters around Umatilla River, Bingham and Mill Creek roads on Friday night. 13 sought refuge at the Pendleton Convention Center and eight stayed at the Walla Walla Fairgrounds, according to Nadine McCrindle, the executive director of the Central & Eastern Oregon chapter of the American Red Cross.

At a 10:00 a.m. briefing on the Umatilla Indian Reservation Saturday, Umatilla County Emergency Management Director Tom Roberts said the ability to continue aerial evacuations was "contingent on our pilots ability to fly," which may be compromised due to windy and cloudy conditions.

The briefing was held by the Confederated Tribes of the Umatilla Indian Reservation and included officials with the Federal Emergency Management Agency and Oregon Emergency Management. Paul Rabb, the CTUIR's incident commander, said there were flyovers planned at 11 a.m. over the Reservation but those were likely to be delayed due to windy and cloudy conditions. The Confederated Umatilla Journal later reported that flyovers began shortly before noon.

At 10:30 a.m. Saturday, Jeffries said soldiers were boarding two helicopters to search for people in need of rescue. There may not be access to search and rescue helicopters next week, he warned.

“Search and Rescue personnel will be checking with residents to determine if more evacuations are needed,” stated a news release from the Umatilla County Sheriff’s Office.

The release also stated that the Sheriff’s Office is continuing to organize operations with local officials as a Type 3 Incident Management Team.

During the morning briefing, Roberts said the county's focus remains on search and rescue though they are keeping an eye towards the eventual transition to recovery.

"We'll be putting in a request to Oregon Emergency Management for an incident management team as we work into the next phase beyond search and rescue," he said.

Roberts said coordination with federal and state agencies will continue in order to establish long-term housing plans for those displaced and prepare for debris cleanup.

Umatilla County Public Health maintained Saturday morning the municipal water across the county is safe for consumption, according to Jeffries. Smell, taste and appearance of the water may differ due to a change in filtration pressure— those on well water systems should continue to boil their water or use bottled water. The city of Pendleton reassured its residents in an 11 a.m. press release that its water is safe to drink despite some residents experiencing discoloration and changes in taste and odor.

The National Weather Service is forecasting a storm will pass through the region that will lower snow levels Saturday night but still predicts an accumulation of 6-12 inches of snowfall in the Cascades and Blue Mountains in Eastern Oregon.

Snowfall near Meacham and Tollgate will allow water levels to continue falling into early next week, according to the National Weather Service, but cold temperatures could delay rescue and restoration efforts county-wide.

“The water will remain quite high, we don’t predict the Touchet River to go below flood stage until Monday,” said hydrologist Marilyn Lohmann. “It’s a slow process for the water to get out of those flooded areas.”

According to the Northwest River Forecast Center, water levels along the Touchet River— 30 miles north of Milton-Freewater— have dropped since the morning but remain at a moderate flood stage of 16.54 feet, discharging at just under 13,000 cubic feet per second as of 5:30 p.m.

Meanwhile, the forecast center shows areas of the Umatilla River near Gibbon and Pendleton are receding. As of 5:00 p.m., levels near Pendleton had fallen below flood stage at 11.42 feet, while levels remain above flood stage at 7.18 feet near Gibbon.

Lohmann said incoming wind from the west part of the state will not impact floodwaters in Umatilla County.