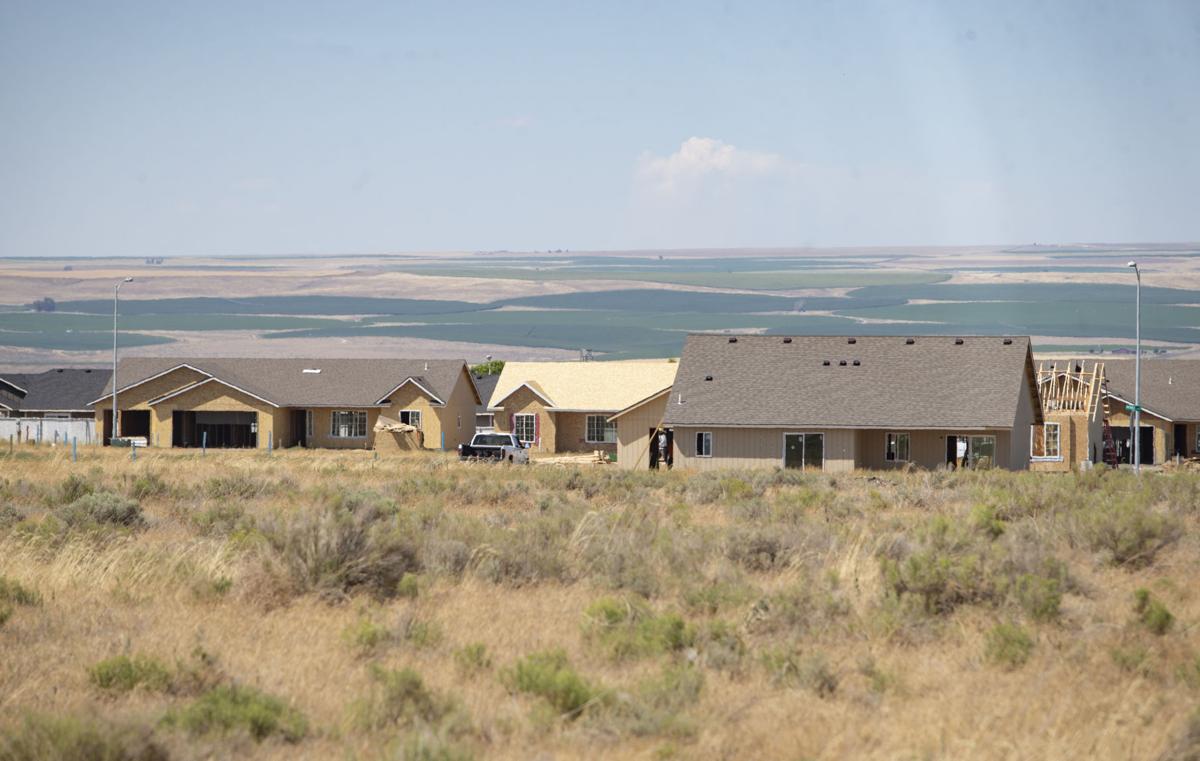 Homes sit in differing states of construction at a development along Powerline Road in Umatilla on Monday, July 6, 2020. 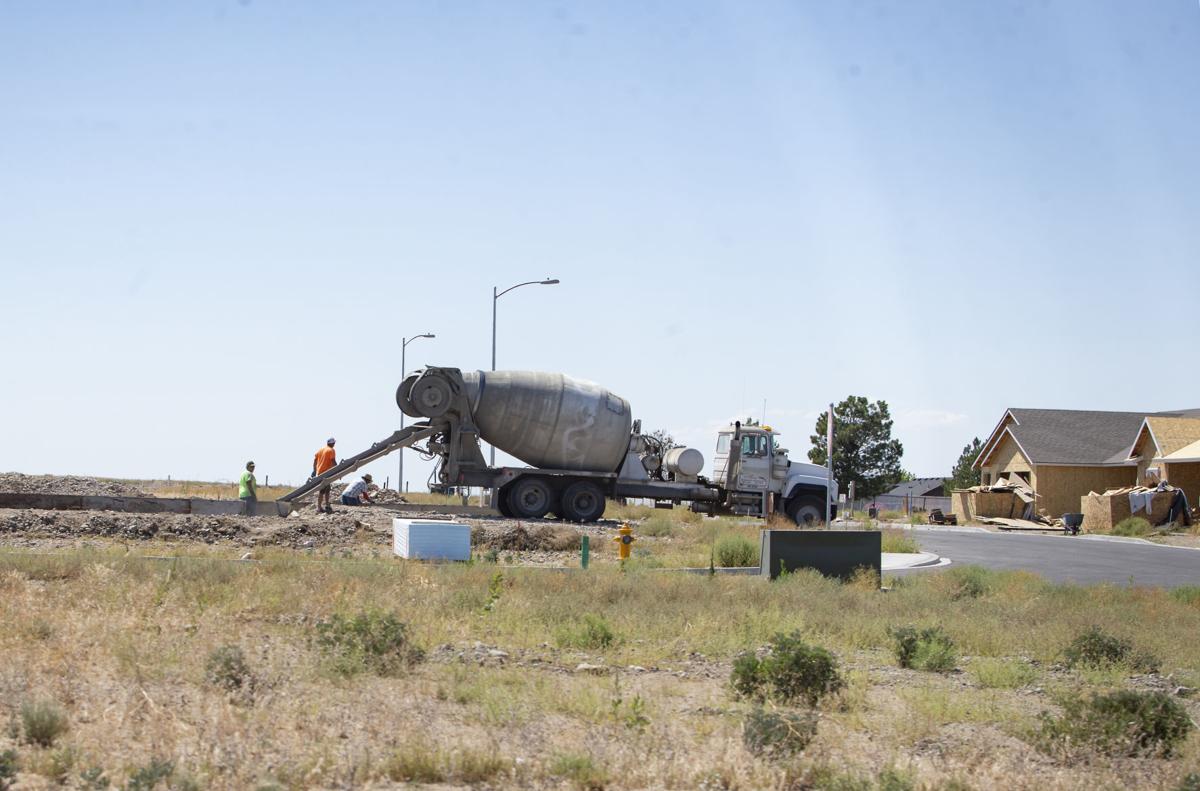 A concrete mixer pours concrete at a housing development along Powerline Road in Umatilla on Monday, July 6, 2020.

Homes sit in differing states of construction at a development along Powerline Road in Umatilla on Monday, July 6, 2020.

A concrete mixer pours concrete at a housing development along Powerline Road in Umatilla on Monday, July 6, 2020.

UMATILLA — In 2 Umatilla City Manager David Stockdale predicted the city would see about 100 new homes a year for the next five years, and so far that prediction is on track.

“Similar to a year ago, we continue to see not only those numbers, but even more than that,” he said.

Hayden River Estates, Cheryl’s Place and Vandelay Meadows — subdivisions by Columbia Basin Development each containing 26 homes — are in various phases of construction currently on the south side of Umatilla. Lots are also being sold for new home construction at Riverwood Estates in McNary.

Stockdale said the city is working with a developer on a master plan for a larger subdivision, and with another developer on a plan for more than 100 new condos that would run between $98,000 and $145,000.

Stockdale said most of the new development is going on Umatilla’s South Hill, which is zoned for residential use and still has plenty of room for growth. As developers build out the area, they are required to pay for the needed improvements and extensions to roads and utilities, then hand those investments over to the city.

Infrastructure is always a concern for cities when they experience growth, Stockdale said, but with growth comes additional revenue through property taxes, enterprise zone agreements, system development charges and other sources that can be used to stay abreast of needs that new homes and businesses create.

The city is planning to update its master plan for water and wastewater over the next 12 months, and continues to make improvements to those systems. A major overhaul of Sixth Street, Umatilla’s main road through downtown, is currently under construction, and another project along Lind Road will begin soon.

“We continue to ask for a little bit of patience,” Stockdale said. “With growth comes construction, and we have it all over town.”

Umatilla also continues to improve its parks. In September 2019, it added new playground equipment, lighting and other improvements to Kiwanis Park. Some parks will be getting new restrooms in the coming months, Stockdale said, and the city is waiting to hear back from the state about a grant for a proposed trail system that would connect South Hill to downtown.

Stockdale said during the city council’s July 7 meeting, they will meet in executive session to discuss real property transactions for six different projects that are not public yet, but involve possible future growth in Umatilla’s industrial and commercial sectors.