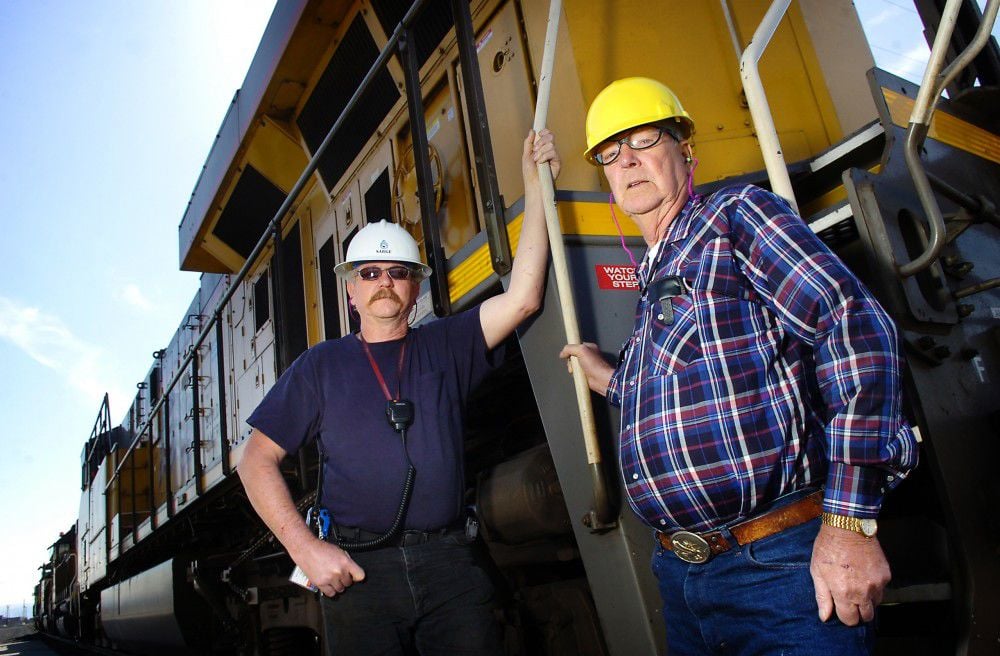 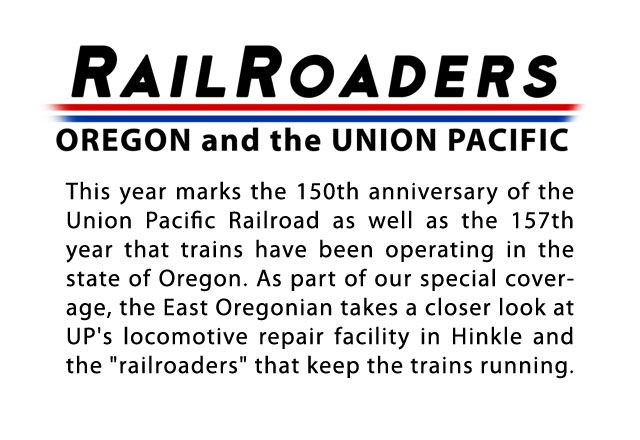 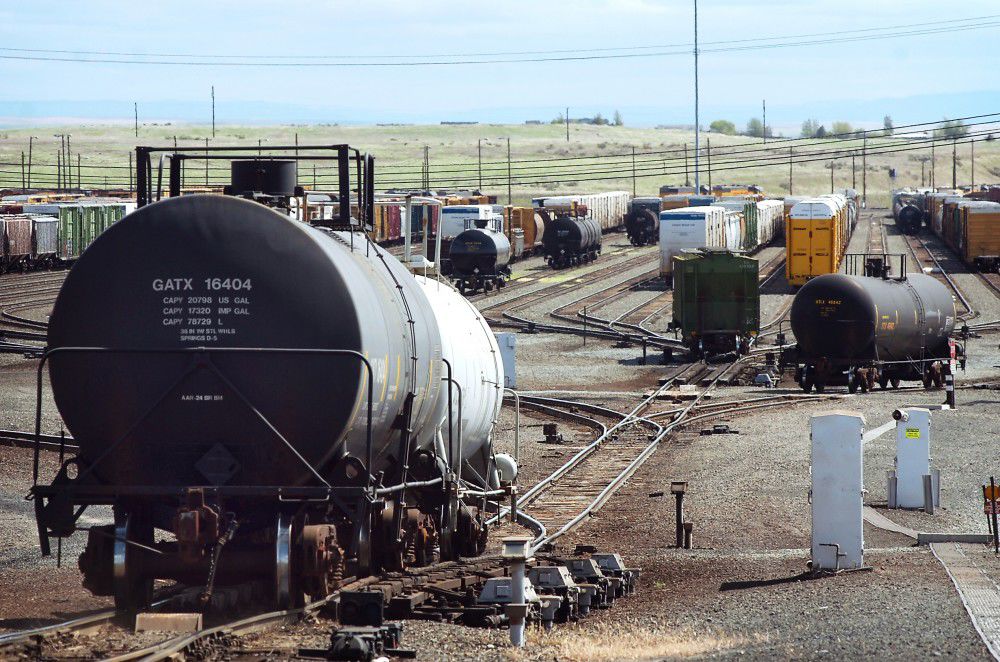 <p>Rail cars roll down the hump and into the yard to at the Union Pacific Railroad Hinkle Locomotive Service and Repair Facility and Freight Classification Yard near Stanfield.</p> 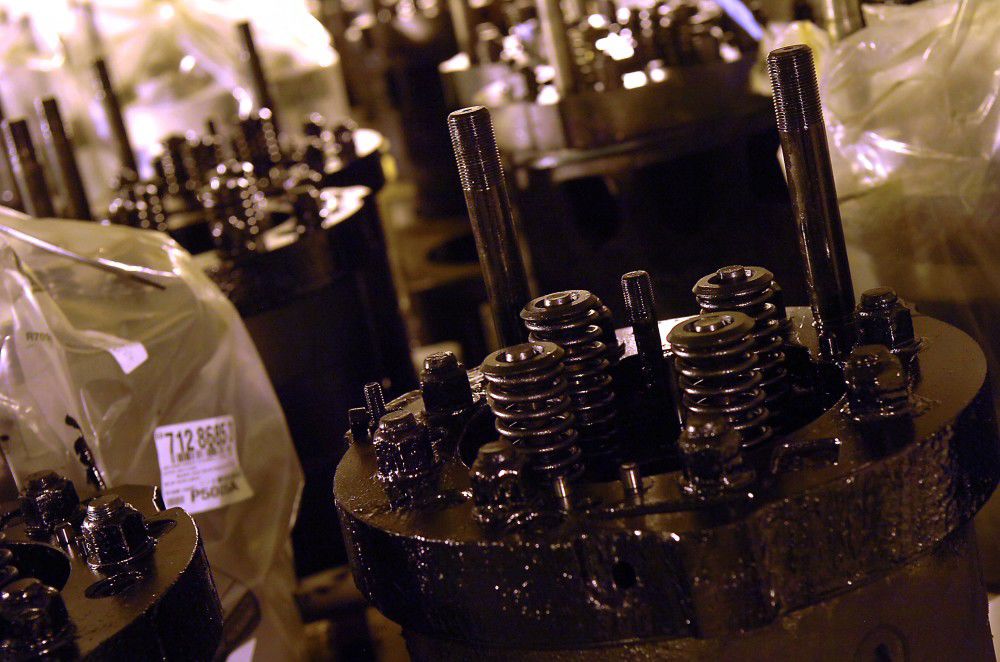 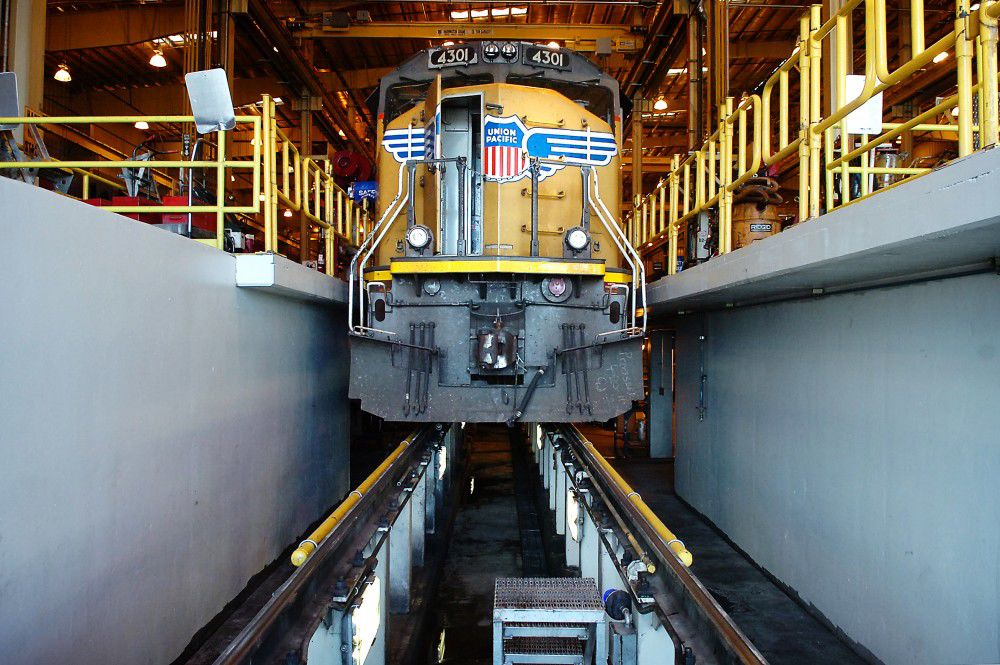 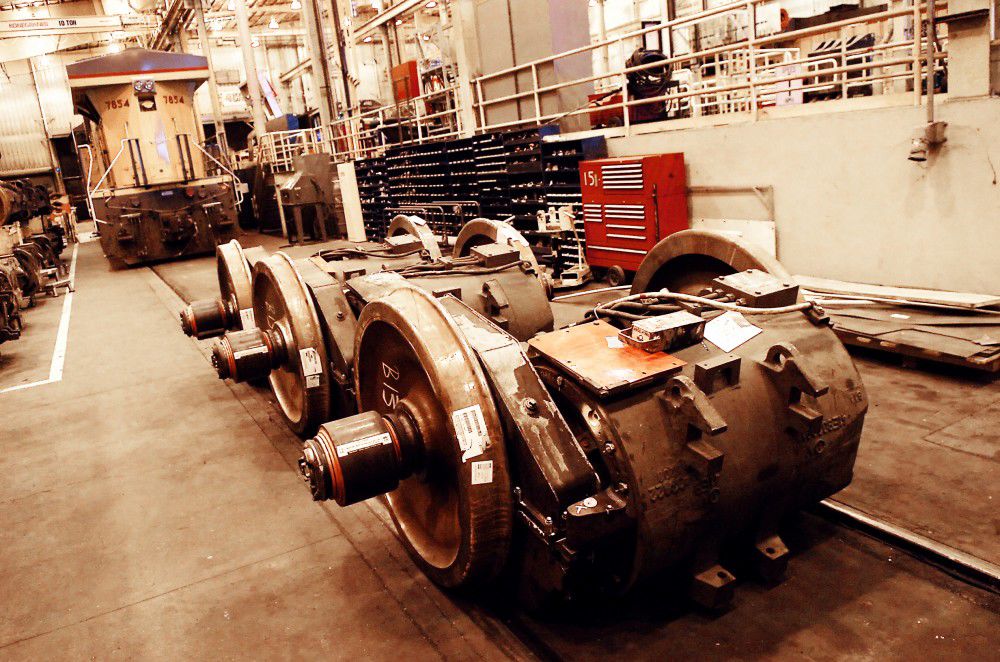 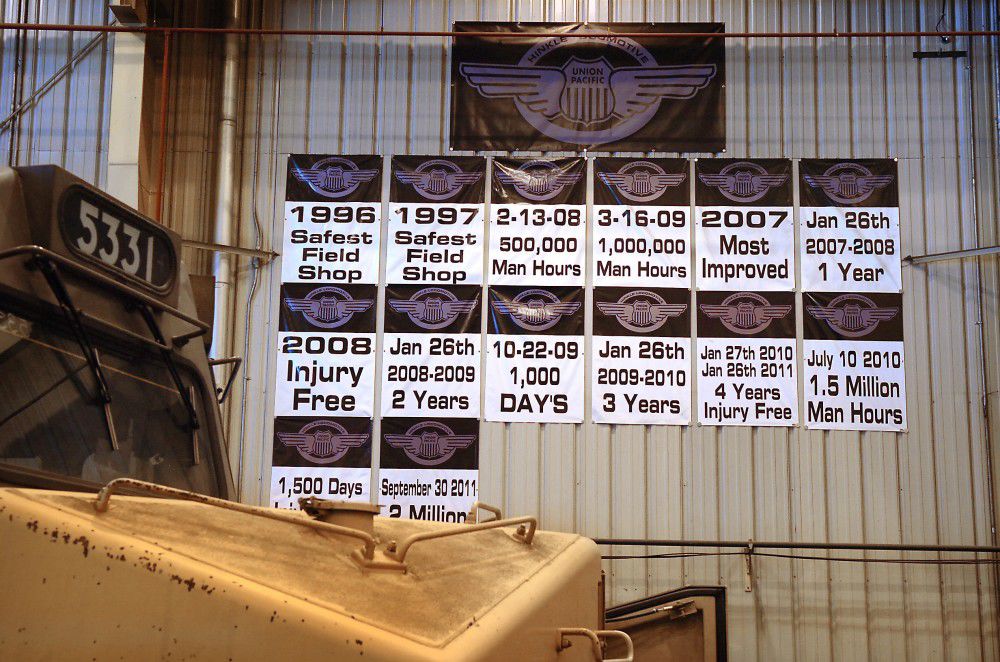 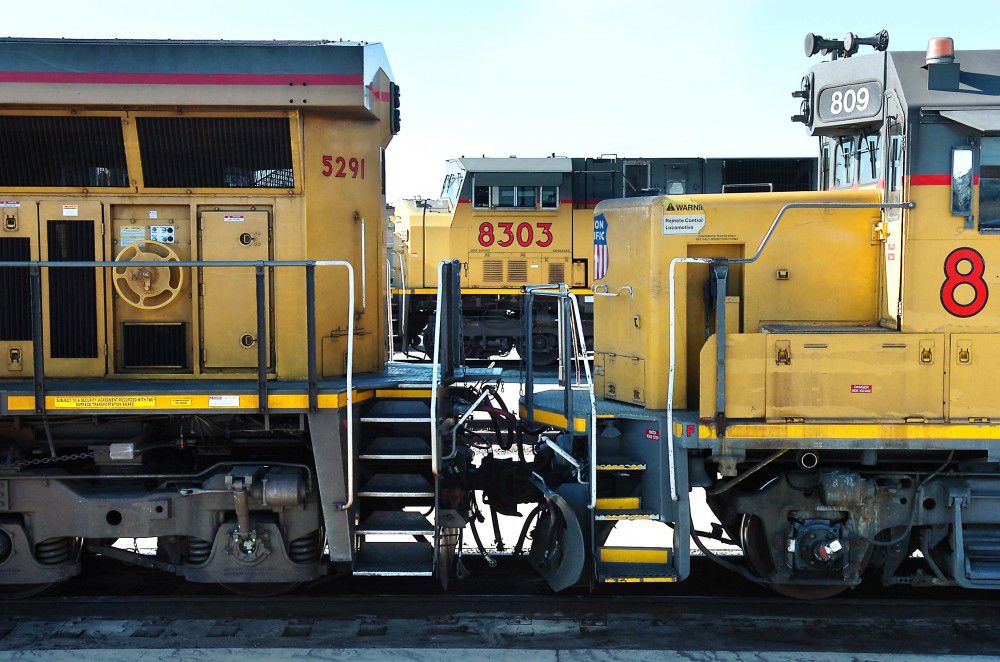 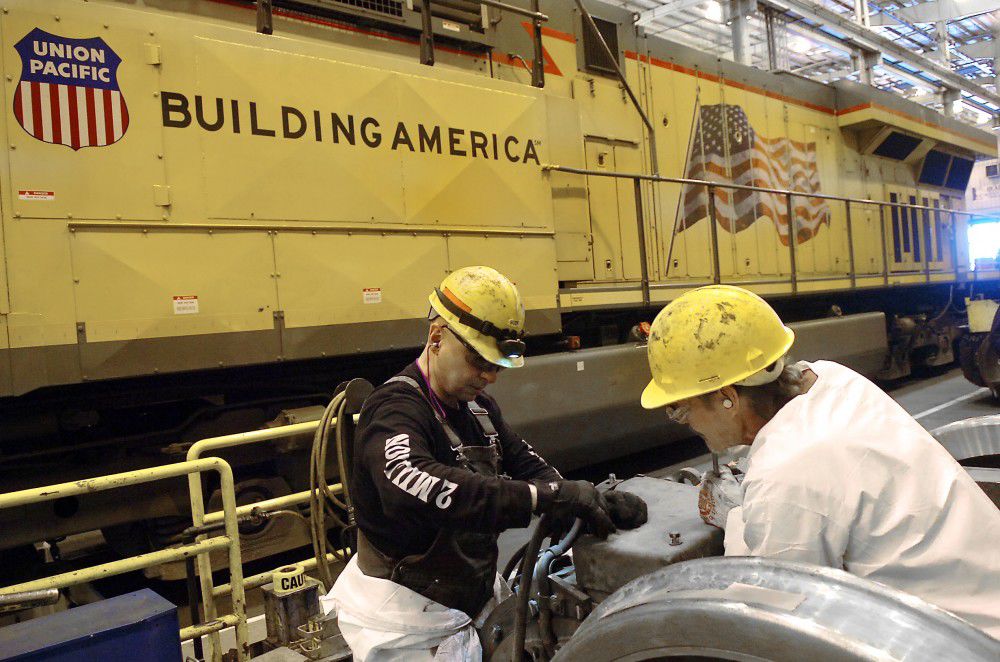 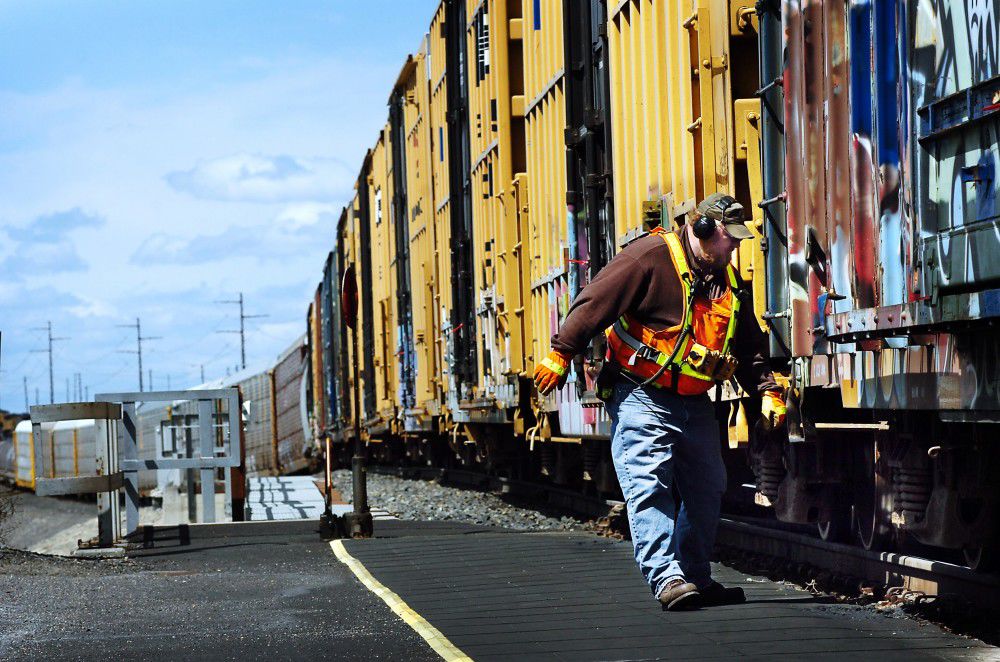 A remote control operator decouples a rail car in July 2012 while taking apart a train at the Union Pacific Railroad Hinkle Locomotive Service and Repair Facility and Freight Classification Yard near Stanfield. 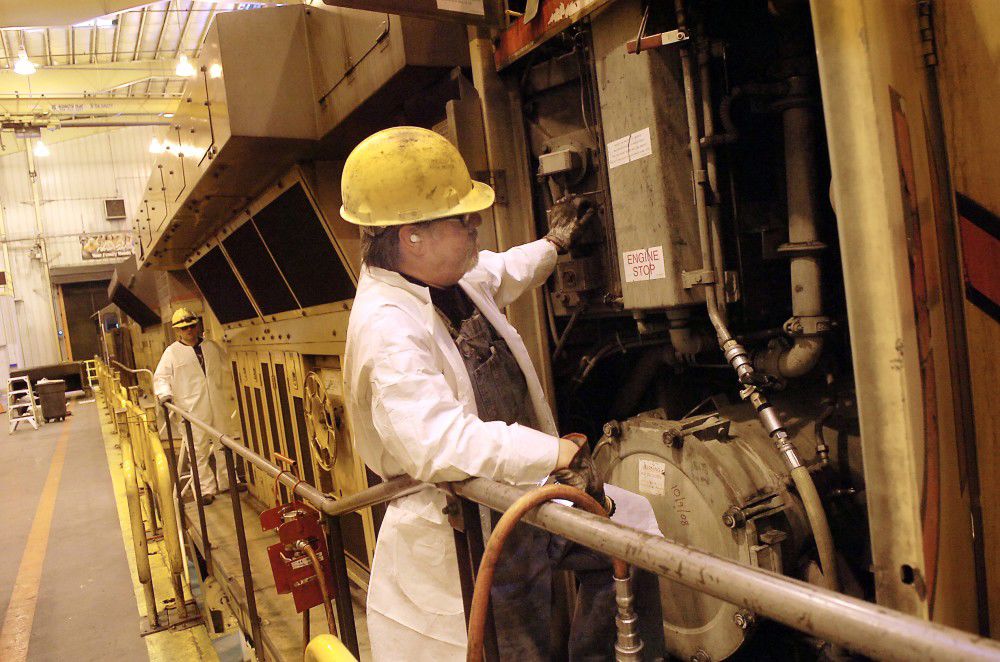 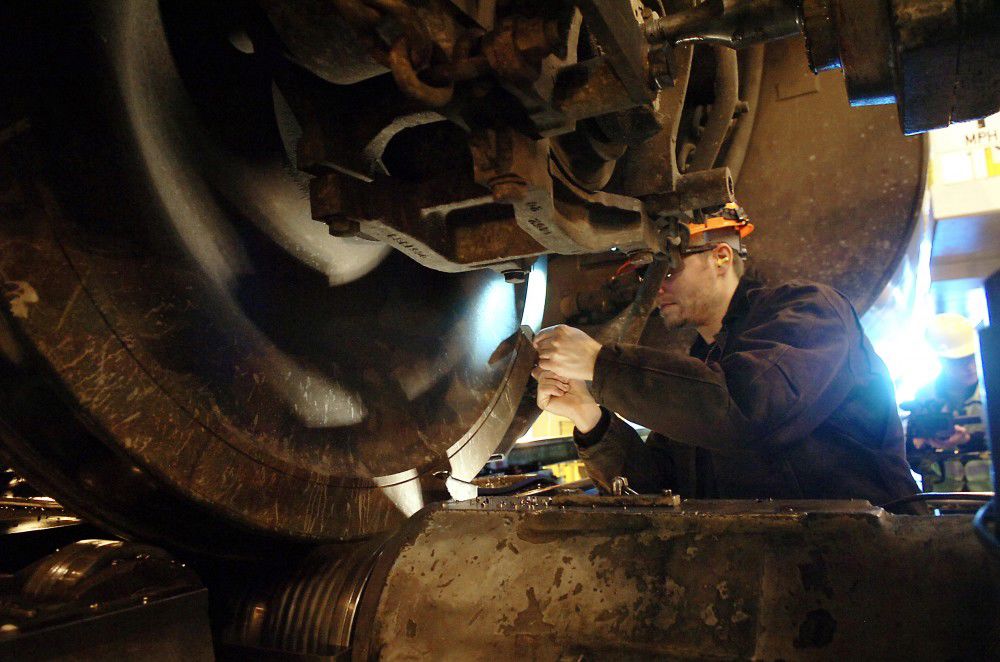 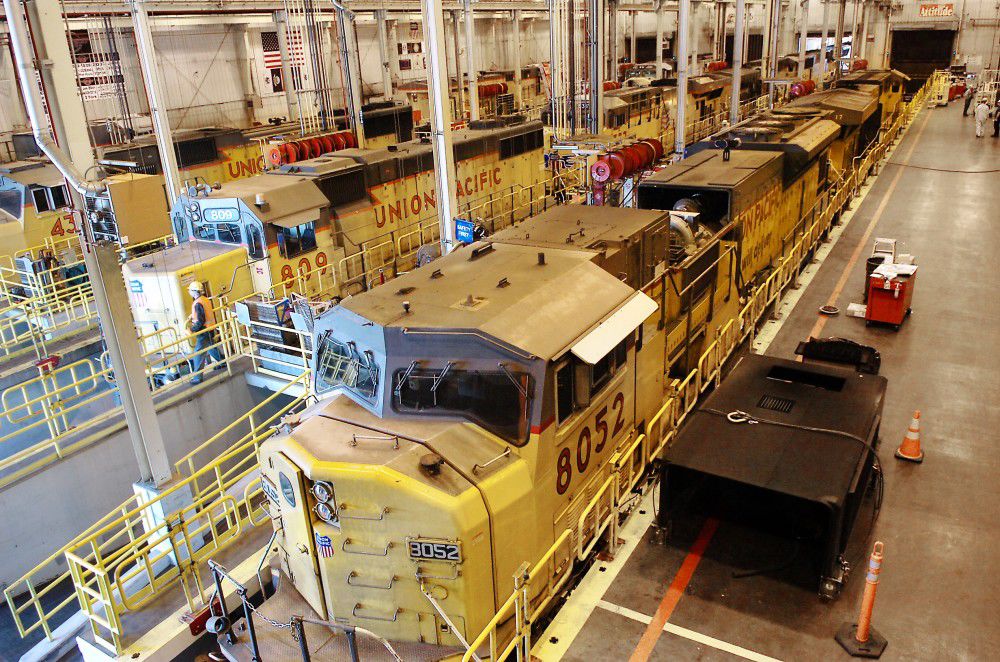 <p>Rail cars roll down the hump and into the yard to at the Union Pacific Railroad Hinkle Locomotive Service and Repair Facility and Freight Classification Yard near Stanfield.</p>

A remote control operator decouples a rail car in July 2012 while taking apart a train at the Union Pacific Railroad Hinkle Locomotive Service and Repair Facility and Freight Classification Yard near Stanfield.

Spinden men have worked on railroads nearly as long as railroads have been around.

Thats six generations of Spindens, two of them with the Union Pacific at the Hinkle Locomotive Service and Repair Facility just outside Hermiston.

Robert Spinden was a 19th century locomotive engineer for the Missouri Kansas & Texas. His son, William John Spinden, was a B&B carpenter -- bridges and buildings -- for the St. Louis and San Francisco Railroad. He died in a flash flood while shoring up a railroad bridge in Kansas.

He fell off the bridge and into the water and drowned,?said his grandson John Spinden, 73, of Hermiston.

Johns father, Edwin Samuel Spinden, was a freight-car man. He did the work to keep freight cars running smoothly.

And John retired 11 years ago after 44 years with the Union Pacific. Along the way his son Brian, 50, also joined the railroad, which marks 150 years in existence. Today hes an engine-house foreman. Brians son Joshua works at Hinkle for General Electric, a Union Pacific contractor, servicing diesel-electric locomotives. He hopes one day to work for the Union Pacific, too, his father said.

Once you get that spark, it kind of turns into a wild fire,?said Brian, describing his passion for railroading. You know, theres a respect for what your kids do. If my son Joshua decided not to work for the railroad, I respect that. He has his interests, they dont have to be like mine. But I do hope he does, you bet, keep the legend going.

John Spinden brought the family line to Hinkle, the site of the Union Pacific locomotive shop and switching yard, the largest of its kind in the Pacific Northwest, in 1962. Born in Oklahoma, John arrived in Oregon in 1947. He grew up in St. Helens and started as a machinist apprentice at Albina, the Union Pacific railyard in Portland.

His Uncle Ralph had stopped by one day in May 1957 with news the Union Pacific would hire two machinist apprentices. John skipped school next day and talked to a railroad supervisor, who promised Spinden a job, provided he graduated. The school principal allowed Spinden to finish up his last month of school while working.

So I?started working on the railroad May 8th and graduated May 28th,?he said. The only job I ever had.

A machinist apprentice does a little bit of everything, according to the way John and Brian described the job. From building traction motors, the big electric motors in each wheel assembly of every locomotive, to overhauling massive diesel engines, the apprentice learns by doing all aspects of the craft. Even so, work in the shops has changed over time.

Especially in the time of steam engines, railroad shops made most everything they needed to repair engines and cars. Modern shops order up a part from the manufacturer or pull it from the shelf. Hinkle started out as a steam locomotive repair shop and hotel for train crews switching shifts. John Spinden began his career with only months remaining in the steam era.

While John labored his way to engine-house foreman, his sons found the Union Pacific shops and railyards a playground in a way that modern safety managers shudder to contemplate. Brian and his brother John tagged along with their father when he stood in for the foreman at Ayer, Wash. The boys kept busy supplying the locomotive cabs with chipped ice and water for the crews and cleaning and sweeping the cabooses. They added oil to the locomotives and greased the big locomotive turntable.

As a kid, its exciting. Its like having an electric trains set times a thousand. You were there. You were actually involved with it, you know? Brian said. A lot of things have changed since then.

Brian, too, rose to engine-house foreman, and hes not difficult to spot. Standing 6-feet, 4-inches tall, he makes a shop-floor landmark in a hardhat, keeping a towering watch on work crews clustered around the big space inside the Hinkle locomotive shop. Starting out as a machinist apprentice, he knew he needed to prove himself as something more than the bosss son.

I will say that, and I respect my Dad for this, I didnt get any easy jobs here,?he said. Like lubricating the traction motors, a job that involved a tall man crouching in a work pit, bear grease and November cold. So, I?pretty much got all the jobs that was less desired by others and, in part as Dad said, back then I?dont want anybody thinking Im giving my kid a free ride.

Tony Wright, 35, of Stanfield, a Super Tech, a technician who works on the locomotive electrical systems, got his start in similar fashion. His father, Rodger Wright, worked at the Hinkle shops as a machinist and foreman, and Tony as a boy sometimes hung out while his father worked. The exposure had an effect, although Tony, in high school had more interest in cars, girls and hanging out with his buddies.

He started out as an F&O, fireman and oiler, or in modern parlance, mechanical service operators, basically the low person on the railroad ladder. The F&O?cleans the toilets, keeps the water bottles filled, cleans out the locomotive cabs. Part of the job is hostling locomotives, moving them in long lines of as many as nine, in and out of the shop or around the railroad yard. Wright took to it, even though it meant skipping lunch and missing breaks to get the job done.

I really enjoyed it, I still miss it sometimes,?he said. I mean, its like Brian said, you compare it to every kid had a train set. I?had the real thing.

A modern locomotive produces about 4 megawatts, enough to power a small town. The Union Pacific owns 8,500 of them. At any given time, between 20 and 50 of them are in Hinkle being serviced or picking up trains called manifest trains that deliver their loads to several destinations, some nearby. Intermodal trains, carrying freight from Seattle directly to distribution points like Memphis or Chicago, only pause at Hinkle for fuel, oil and a crew change.

Part of Brian Spindens job is to make up those manifest trains and find enough power -- locomotive power -- to get the whole thing over the Blue Mountains. Sometimes we rob Peter to pay Paul. I call it creative railroading, Brian said. I?like the challenge but I dont like to lose. So we do what we have to do to get our freight moving.

Wright, who works a hairs breadth from high voltage components on locomotives, their diesel engines and generators turning, said he, too, enjoys the challenge of modern railroading. Like the time he found an elusive fault in a coil, one of only three times the part ever failed in any railroad locomotive.

You cant work at the railroad and not be proud of the fact ... that you help keep the country running,?he said. Growing up as a kid, I spent a lot of time out here, going on train rides and, like any kid, thats the coolest thing ever.

The pull of railroading grew in John Spinden from childhood, as well. He recalled hearing as a boy the sound of a train whistle late at night.

Id lay there and dream of faraway places and things Id never imagine Id ever become a part of, he said. And for 44 years, I was part of railroading, and youre never gonna get rid of railroading. Im always going to be a railroader.