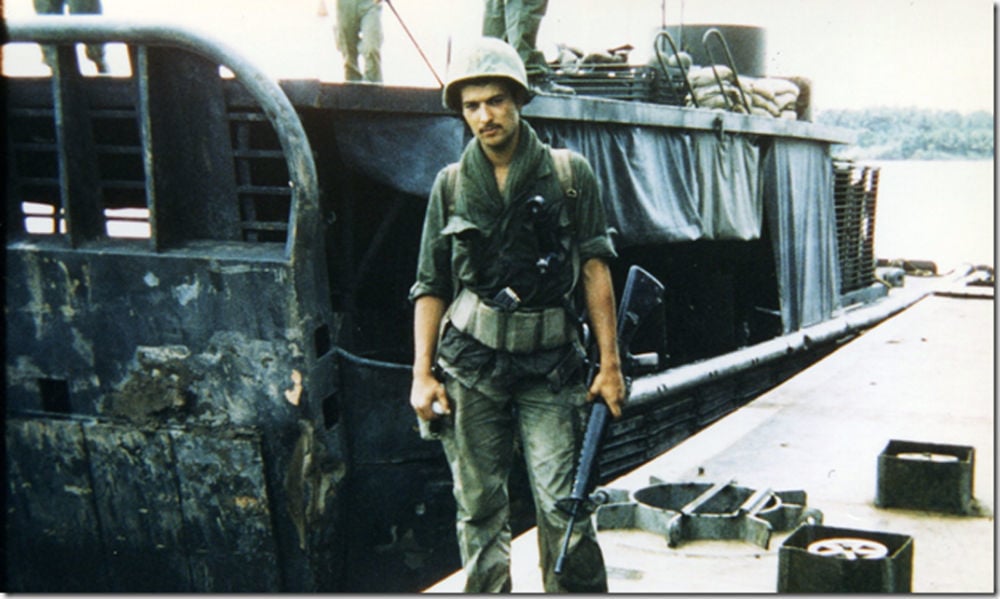 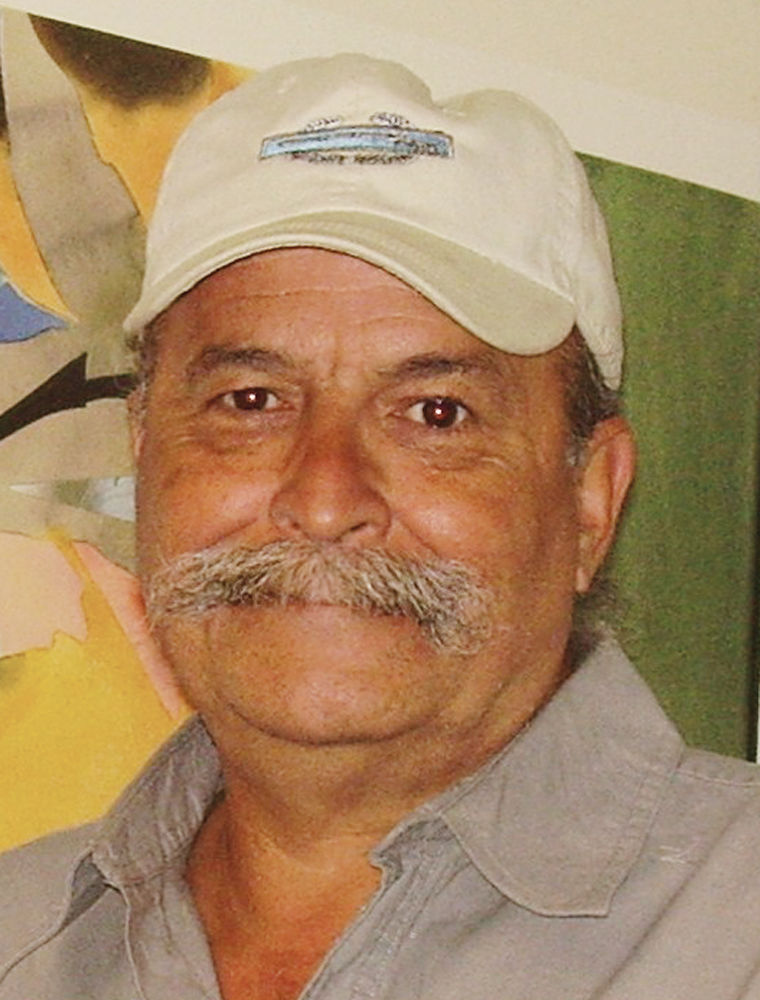 In April 1969, Ed Eatons unit was on a night mission in the skies of Vietnam when their helicopter was shot down.

Nearly everyone was severely injured, and Viet Cong were firing on them from about 200 yards away and moving in. Eaton, then 20, made his way to the top of the wrecked chopper and with his broken sniper rifle and an M16 he alternately fired, held off a platoon of enemy soldiers until help arrived.

Once the injured soldiers were on board the rescue helicopters, Eaton found Captain Mike Perkins severely injured. Perkins told them to leave him. Eaton jumped back out; saying he was not going to leave the Old Man to die alone.

Their battalion commander returned to pick them up and by the time Eaton was dropped off in a rice paddy, about 15 minutes away, he couldnt walk. It was discovered he had a broken back, shrapnel in his jaw and a bullet had creased his shooting finger, among other injuries.

After learning of Eatons heroism during the Vietnam War, the History Channel featured his story in their 2010 premiere of Sniper: Deadliest Missions. The show referred to Eaton as an army of one.

Since that day, the veteran’s act of courage has appeared in various magazines, books and newspaper articles. In 2012, the LifeofDuty.TV film “Choosing Honor” included more interviews with Eaton. He has also been a guest on several television shows and appeared in some commercials.

Through the encouragement of other veterans, Eaton wrote his memoirs in words of brutal honesty. Mekong Mud Dogs: The Story of Sgt. Ed Eaton was released this spring. The book follows Ed from his small hometown of Milton-Freewater through Vietnam as a sniper with the 9th Infantry Divisions River Raiders to the difficulties of coming home.

Ed captures the day-to-day life of an infantryman in the muddy Mekong Delta, said Sgt. Dan Hendricks who served with Eaton. Leeches, firefights, snipers, hot LZs, ambushes, ships being blown up, he tells it all.

Eaton, who was a member of the McLoughlin High School Class of 1966, now speaks to groups on changing one’s self for the better, works with the AmericanSnipers.org and raises funds for soldiers in overseas combat zones. He also notes that during the Vietnam War there were other courageous acts by his brothers-in-arms, many of whose stories will never be told.

For his bravery and being wounded several different times in Vietnam, he was awarded three Purple Hearts, three Bronze Stars with Valor device (or V device), four Air Medals, and numerous Army Commendation Medals along with other miscellaneous medals.

The paperwork Perkins submitted for Eaton to be awarded the Congressional Medal of Honor was lost when the battalion moved soon after the incident. Col. Pete Peterson (retired) and Major Mike Perkins (retired) learned of this many years later and are requesting the Army properly award Eaton a medal commensurate to his actions.

Eaton and his wife, Donita, moved to the Oregon coast in 2003. He says that all the attention he has received the last few years has been good, although sometimes embarrassing. He said that through it all hed like to remain just Ed.

To see the TV specials of Eaton and Perkins telling the story as each of them lived it, go to www.EdTheSniper.com. Eaton’s book, “Mekong Mud Dogs,” can also be purchased on that website.