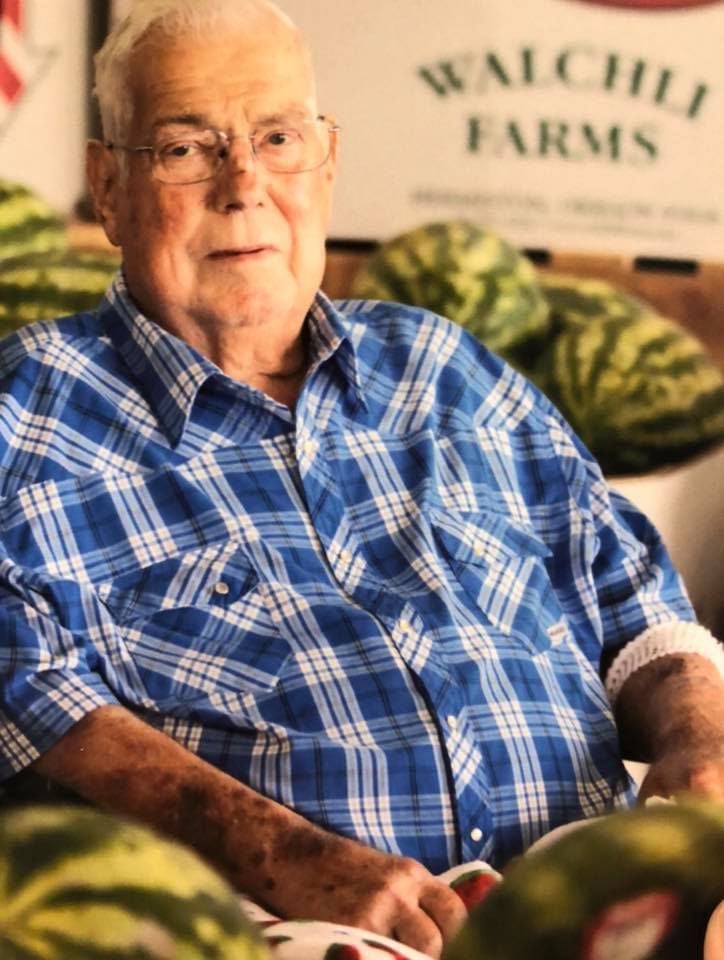 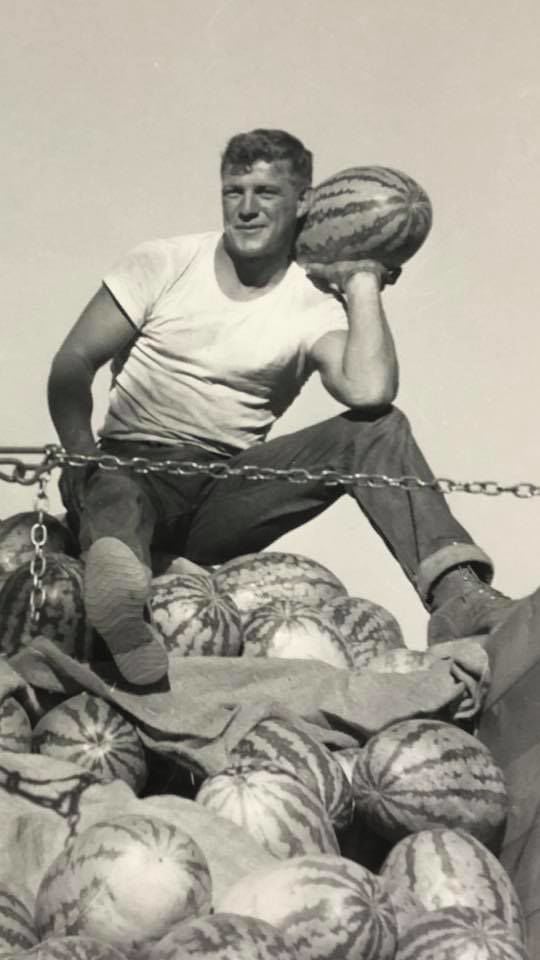 Skip Walchli in his younger years.

Skip Walchli in his younger years.

HERMISTON — Clinton Patrick “Skip” Walchli was a humble man, but his watermelons spoke for themselves.

Walchli, who died at his Hermiston home on Friday at the age of 80, started farming watermelons after taking out a bank loan to start his own farm at the age of 17. Over the next 63 years his famously sweet, juicy watermelons helped put Hermiston on the map.

His family says the last week of his life he was still involved in running the farm, asking his sons for details about what was going on in the field.

Walchli and his wife, Sherry, raised seven children at their home on Loop Road, behind the sheds where Hermiston residents flock to buy watermelons fresh off the vine each summer. There was also always a steady flow of people coming to visit with Walchli.

His daughter, Sherie Britt, described her dad as a “magnet” who loved to be surrounded by friends and family.

“The night he passed, probably 100 people came through to see him,” she said.

He was a smart business owner whose conservative spending kept the farm afloat through hard economic times, Britt said. He expanded his crops over the years to include everything from peppers to asparagus, and his world-famous watermelons are sold across the country.

“He never did learn to use a computer,” she said. “He ran his farm in his head.”

Pederson said his father-in-law had a bit of a gruff exterior but once people got past that he was extremely generous. He quietly supplied free watermelons to a long list of events, from church picnics to service club fundraisers, throughout his life.

“He would give them a rough five minutes, make them sweat, then give them twice or three times what they asked for,” he said.

Bob Walchli said he never saw his dad say no when asked to help someone. The Walchli kids learned the value of hard work on the farm, but Skip also doted on his children, pretending to grumble when they picked up expensive hobbies like barrel racing but always tracking their progress with pride.

He frequently took a truckful of grandchildren on excursions to Dairy Queen, where Bob said he would often confound the staff by ordering a maraschino cherry marshmallow milkshake in his signature mumble.

He attended sporting events for all 21 grandchildren and graduations for all 20 who have graduated so far, and taught them to hunt and fish. He also put them to work at a young age in the sheds, packing watermelons for customers.

“He taught them how to count change, to work hard,” Bob said.

Community members reacted with sadness to news of Skip Walchli’s passing. Mayor David Drotzmann recognized Walchli during a city council meeting on Monday night, calling the farmer a pioneer who helped put Hermiston on the map. Nearly 300 people expressed their condolences on the Walchli Farms Facebook page, calling the Walchli family patriarch a good man with a heart of gold.

A celebration of life will be held on Sunday at the family farm, 32697 E. Loop Road, at precisely 12:26 p.m., immediately followed by a luncheon. At 4 p.m. all present are invited to take take part in the procession forming at the farm and proceeding to a burial at Hermiston Cemetery.