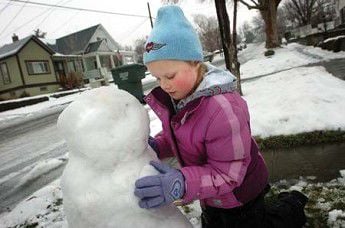 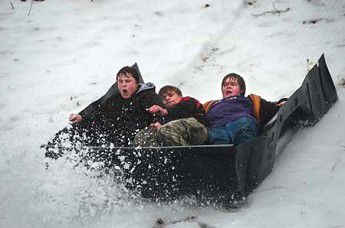 Rain showers are in the forecast over the next week, but more snow is not expected.

The snow wasn't all fun and games, however, and the roads were rough on motorists. Two crashes occured on Interstate 84 near Echo within an hour of each other.

1: Justin Futter, 15, Adam Futter, 15, and Jeremiah Futter, 14, use a truck bed liner as a sled Tuesday as they race down a hill in Aldrich Park in Pendleton.

2: DeeDee Brumer, 8, makes a "snow chick" in front of her house Tuesday while playing in the snow in Pendleton.